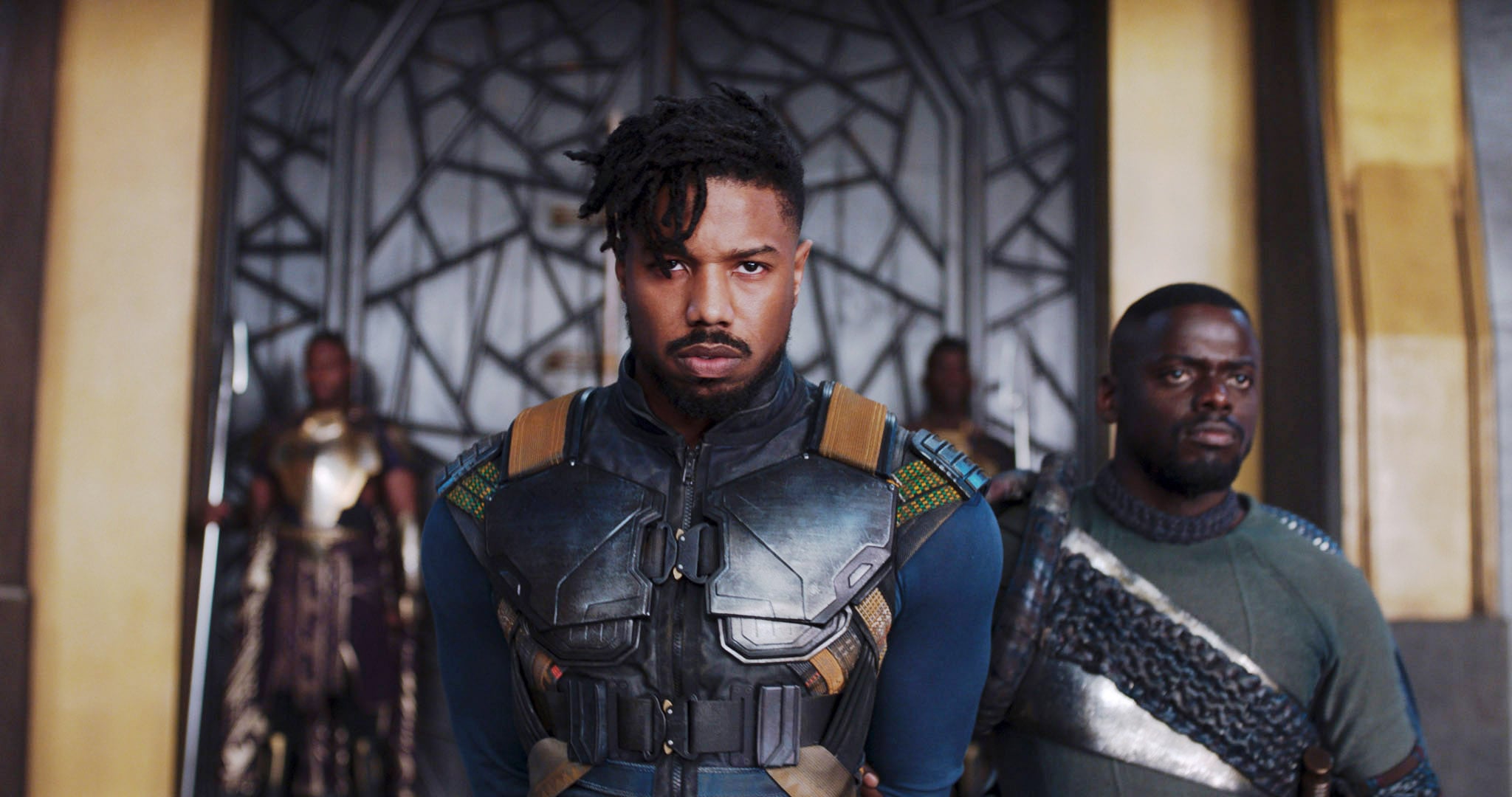 The much-anticipated follow-up to “Black Panther” finally arrived on Nov. 11, answering fans’ biggest queries and surprising them with even more plot twists. While viewers knew to expect more clarification around King T’Challa’s (Chadwick Boseman) death in “Black Panther: Wakanda Forever,” the other looming question has been whether or not Michael B. Jordan’s infamous Erik Killmonger, the antagonist of the first “Black Panther,” makes an appearance in the sequel.

The end of the first “Black Panther” certainly seemed to close the door on Killmonger’s arc within the Marvel movie universe. After being defeated by a revived T’Challa, Killmonger refused his cousin’s offer to save his life and instead requested to be allowed to die watching the Wakandan sunset and buried at sea, like his ancestors who chose death over slavery. He’s last seen removing the spear T’Challa stabbed him with from his body, dying peacefully with his cousin by his side. But even in death, Killmonger left a lasting impact on T’Challa.

The villain’s mission to share Wakanda’s resources, aka vibranium, with marginalized communities around the world sets up “Wakanda Forever”‘s plot after T’Challa opened the country’s borders at the end of the first film. This later makes the beloved nation a target for poachers and governments who wish to exploit vibranium for their own nefarious uses, eventually leading to a war called by Princess Shuri (Letitia Wright) against the underwater kingdom of Talokan and its leader Namor (Tenoch Huerta), which all somehow connects back to Killmonger.

So how does the villain make his return in “Wakanda Forever”? Read ahead for a breakdown.

Jordan’s Killmonger makes a brief but gripping appearance in the “Black Panther” sequel. It all starts with the death of Queen Ramonda (Angela Bassett), who drowns after Namor attacks Wakanda and floods the palace. Her death is mourned by the nation and Shuri, who makes it her business to seek revenge against Namor in her mother’s name. To do so, Shuri decides to become the new Black Panther, recreating and consuming the Heart-Shaped Herb (Killmonger destroyed all traces of the rare plant in the first film) to give her powers.

Just like the sacred ritual viewers witnessed in “Black Panther,” Shuri completes the process by venturing to the ancestral plane, which takes her to the Wakandan throne room. While she expects to be greeted by her late mother or brother, she instead comes face-to-face with Killmonger, who then explains why he’s been summoned to see Shuri through her transformation. Turns out, she conjured up the only ancestor she knows with a vengeful spirit that could motivate her to kill Namor. Thus, why her cousin appears.

Killmonger challenges Shuri and asks if she’ll be weak like her brother, T’Challa, or “take care of business” like him and avenge her mother’s death, just like he did his father, Prince N’Jobu. Shuri then awakes from the ancestral plane determined to war with Namor.

When the two finally battle, Killmonger’s voice pops into Shuri’s head asking, once again, if she’ll actually kill Namor. Instead of taking advantage of her opponent, Shuri spares Namor at the last second, and the two call a truce. That’s the last we hear of Killmonger, but knowing that he still exists in the ancestral place, it’s possible he could make another appearance in the future — should another Black Panther rise.

Will Killmonger Return to the Marvel Cinematic Universe?

Though “Black Panther” doesn’t close the door on the possibility of future Killmonger cameos, it’s highly unlikely that the franchise will try the same trick twice. Jordan has his hands full with his own movie franchise, the upcoming third installment of “Creed” (which hits theaters March 3, 2023). However, the actor did respond positively in an October interview with Extra TV when he was asked about a potential return to the MCU.

“I don’t know if it’s a possibility,” said Jordan. “I mean, at one point or another, being able to be in the Marvel Universe was like a dream come true and if there was an opportunity for me to come back, of course I would.” The actor could’ve just been playing coy about his surprise “Wakanda Forever” cameo, so for now, it’s unclear if Jordan still has Marvel somewhere in his future.

Will The Watcher Ever Be Revealed? Everything We Know About Season 2

From “Kenan & Kel” to “Sabrina the Teenage Witch,” Coolio’s Most Iconic TV Roles

Will The Watcher Ever Be Revealed? Everything We Know About Season 2

From “Kenan & Kel” to “Sabrina the Teenage Witch,” Coolio’s Most Iconic TV Roles