The 2022 MAMA Awards revealed they are taking extra steps to ensure that no fraudulent voting occurs.

On November 4, the 2022 MAMA Awards announced on its official website that the voting currently being conducted for the award show is undergoing a thorough verification process at every step. The total number of votes and the percentage of votes per artist are also being publicly revealed to ensure transparency, and the votes identified as fraudulent will be excluded from the final tally.

Previously, suspicions of dishonest voting were raised as fans noticed sudden increase in the number of votes and rankings of some nominees. Through this announcement, the 2022 MAMA Awards encouraged honest voting culture as well as respect for all artists and fans.

Read the full announcement below: 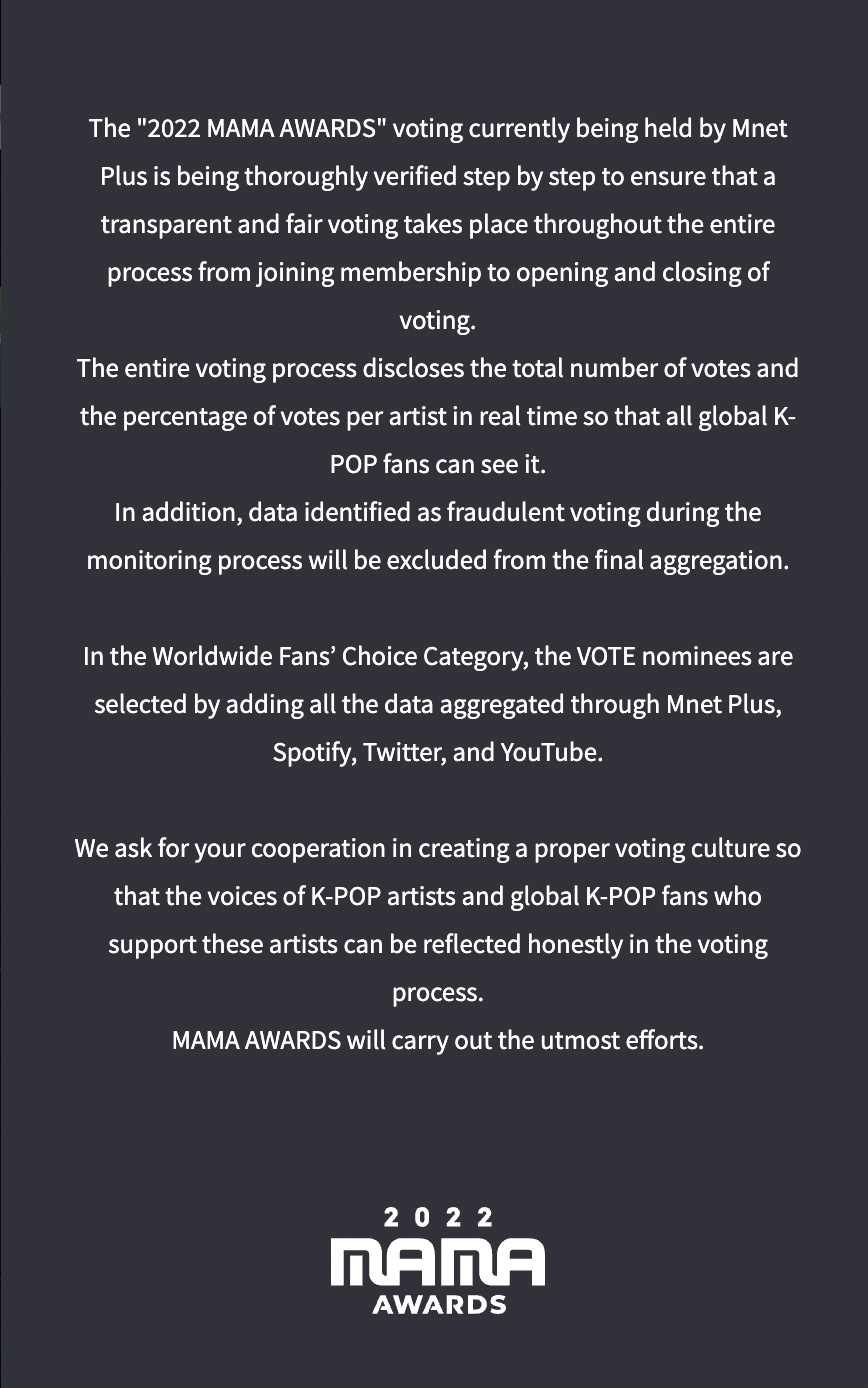 The 2022 MAMA Awards will be held over the course of two nights on November 29 and 30 at Osaka’s Kyocera Dome in Japan.

Check out the full list of this year’s nominees here and the first lineup of artists here!