After 2PM’s Taecyeon saved Apink’s Jung Eun Ji’s life on tvN’s “Blind,” it looks as though she may have a chance to return the favor!

Taecyeon stars in the drama as Ryu Sung Joon, a detective in the violent crimes unit who is dangerously passionate about his work, while Ha Seok Jin plays his older brother Ryu Sung Hoon, a genius judge who tries to remain as cold and logical as possible when making judgments. Apink’s Jung Eun Ji stars as Jo Eun Ki, a social worker who becomes entangled with the two brothers after being selected as a juror for a murder trial.

On the previous episode of “Blind,” Ryu Sung Joon became the prime suspect in the deaths of both Jung Man Chun (Jeon Jin Woo) and his wife. To make things even worse, Baek Moon Kang (Kim Bup Rae) became convinced that Ryu Sung Joon was the “Jung Yoon Jae” who had killed his daughter, leading him to kidnap the detective with the intent of torturing and eventually murdering him.

While Ryu Sung Joon ultimately managed to escape from Baek Moon Kang’s clutches at the end of the episode, he had to do it by throwing himself off a cliff.

In newly released stills from the drama’s next episode, a badly injured Ryu Sung Joon reaches out to the only person he is confident will help him: Jo Eun Ki. As Ryu Sung Joon is currently wanted by the police—and his older brother Ryu Sung Hoon believes firmly in doing everything by the book—he knows all too well that there is little hope his brother will hide him from the cops.

Instead, Ryu Sung Joon turns to Jo Eun Ki, who previously promised to do everything she could to repay the debt of his saving her life. After Ryu Sung Joon calls her from a phone booth while in critical condition, Jo Eun Ki eventually finds him collapsed in a pile of trash and helps him get back up on his feet. 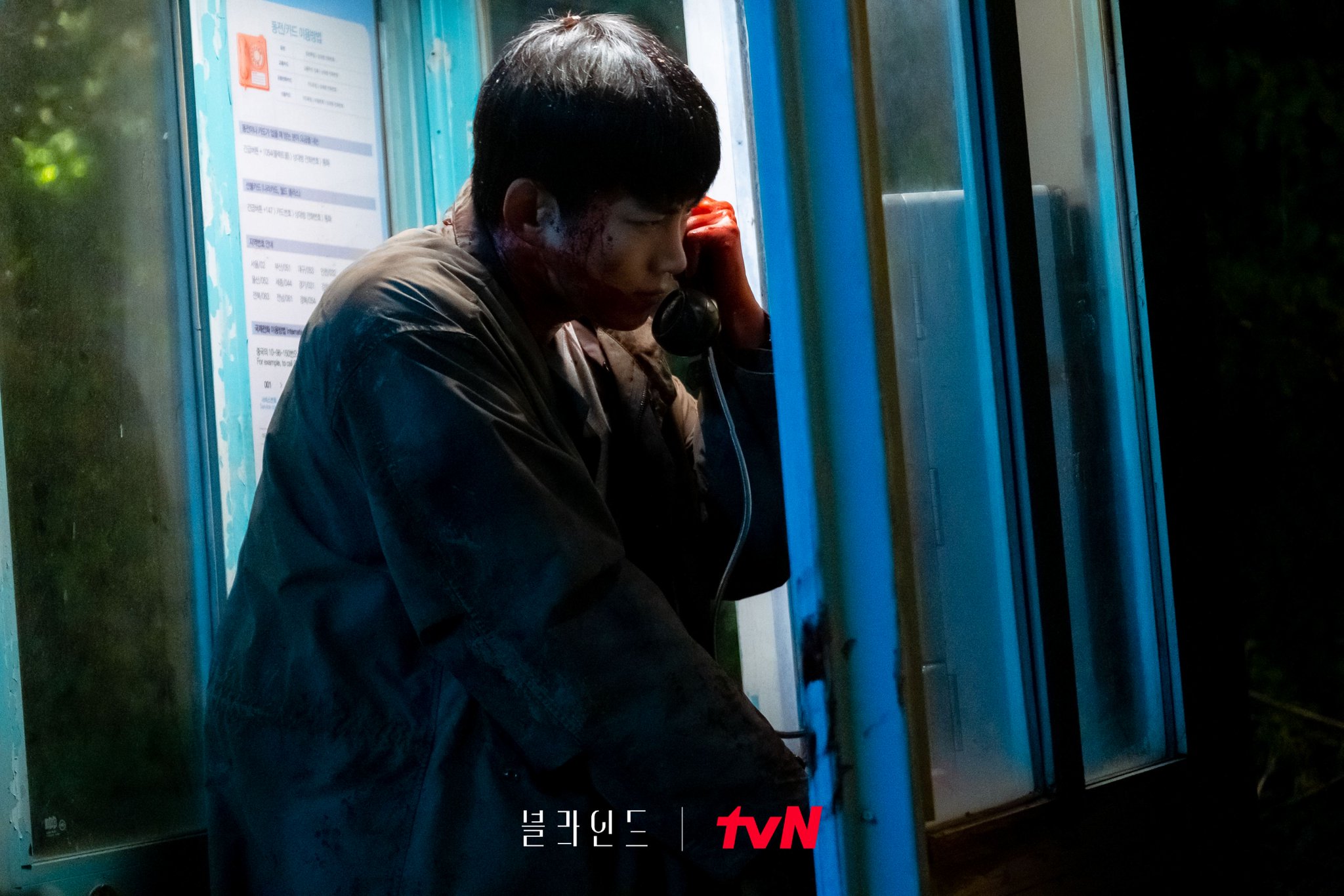 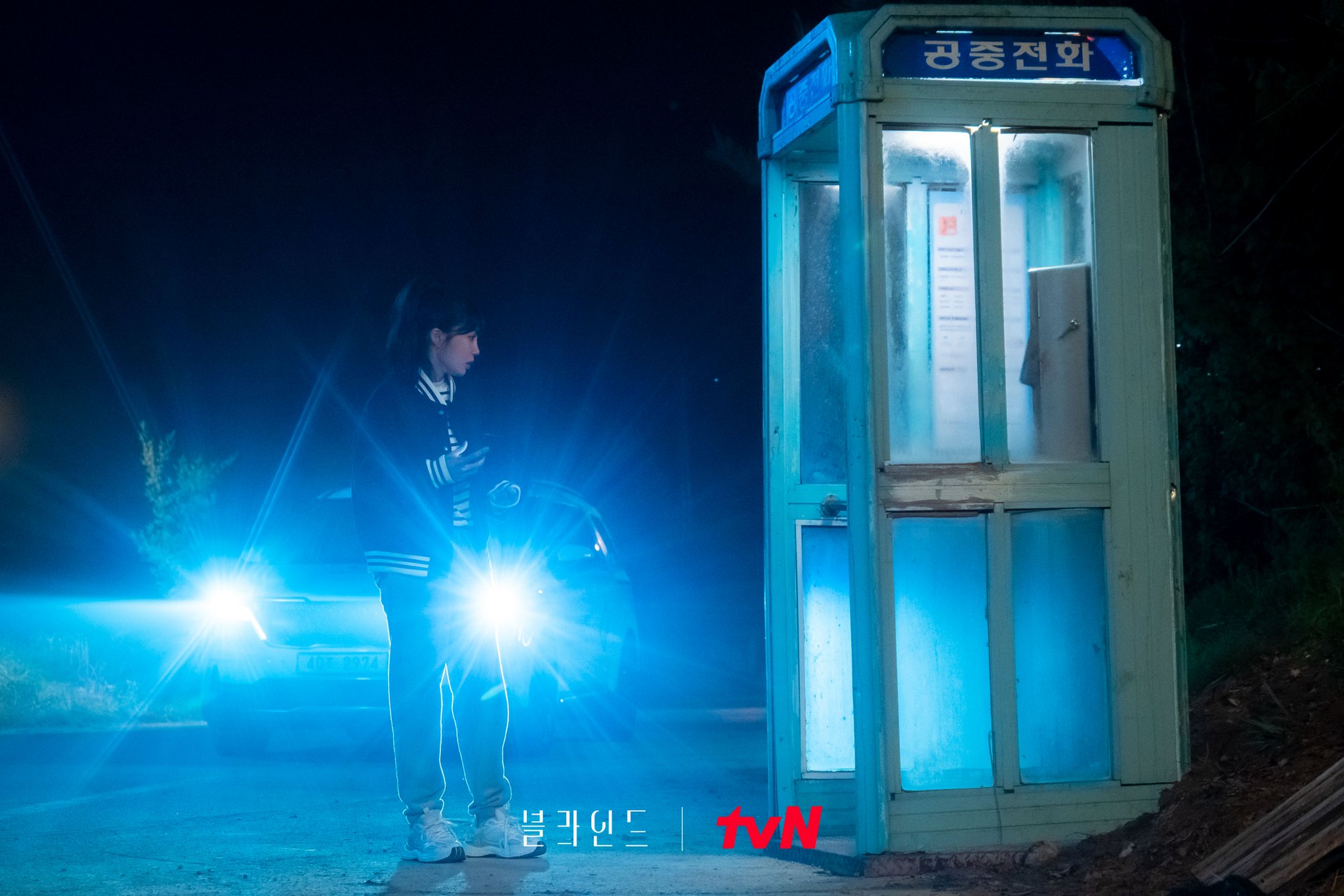 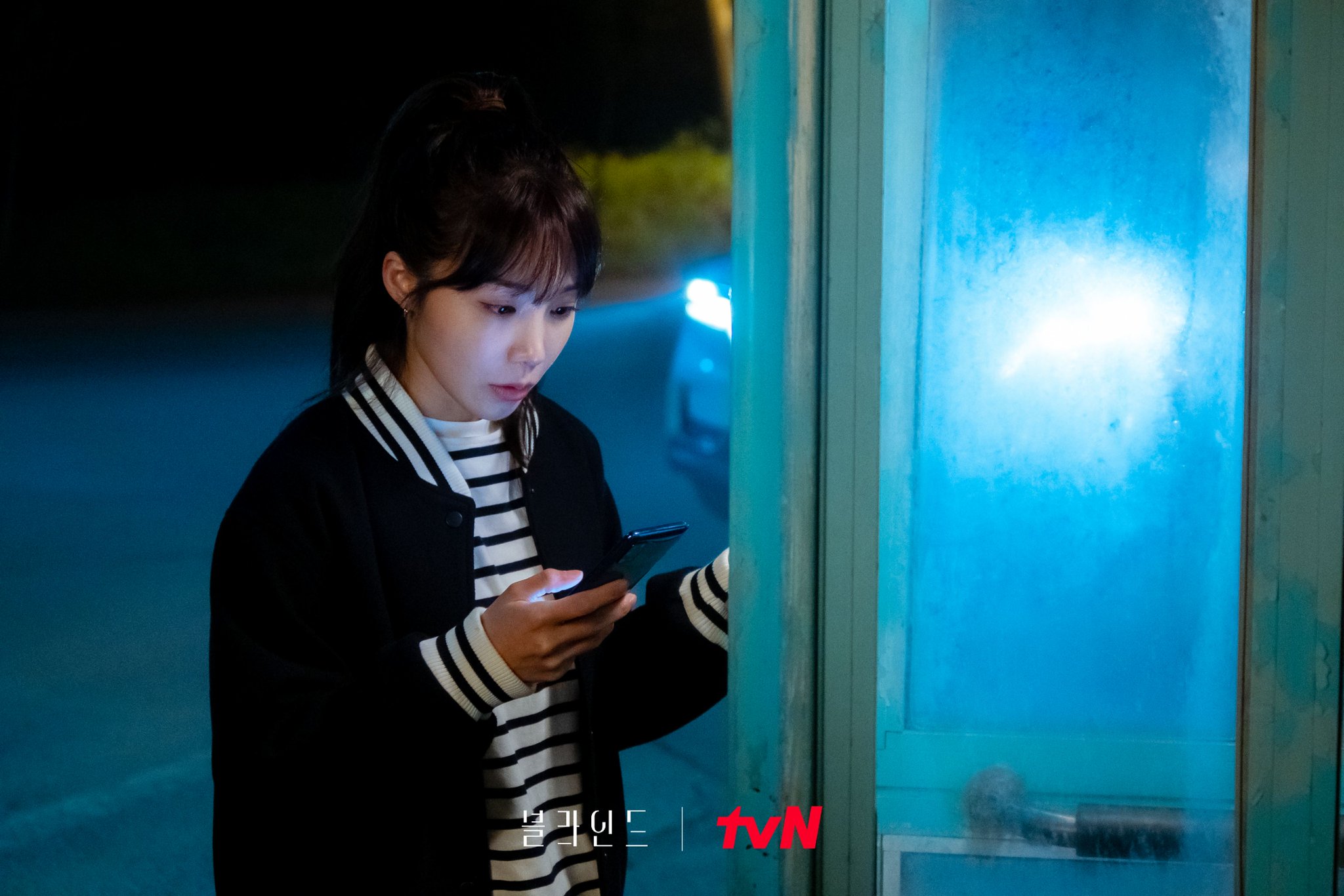 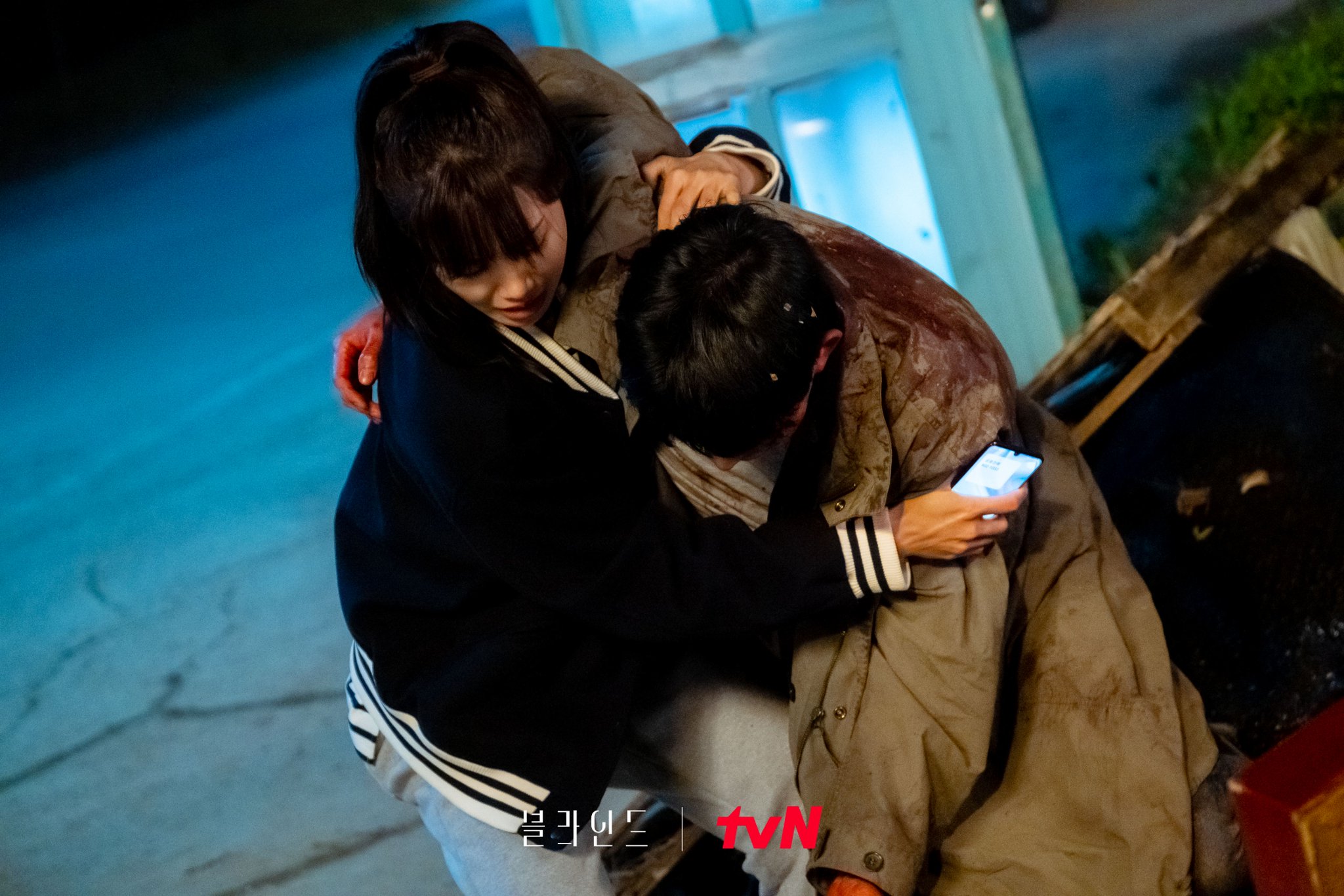 To find out what Ryu Sung Joon will do next—and how he is related to the mysterious figure known as Jung Yoon Jae—catch the next episode of “Blind” on September 30 at 10:40 p.m. KST!

In the meantime, watch Taecyeon in “The Game: Towards Zero” with subtitles below: