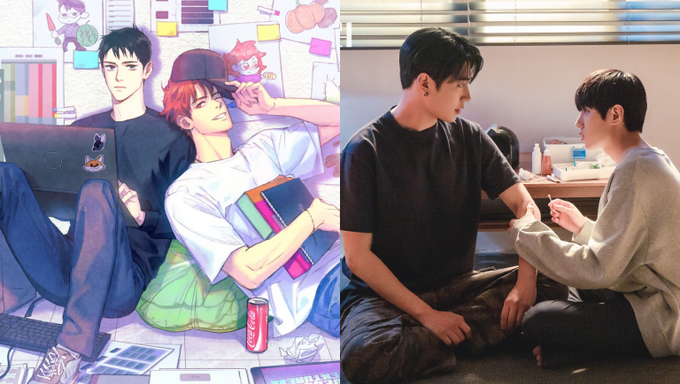 “Semantic Error” is the new WATCHA BL drama that has us falling for the characters and their cat and mouse relationship. The first few episodes of the series have been released so far and fans are growing more and more curious about the lead duo with each moment.

“Semantic Error” tells the story of a campus romance between the inflexible SangWoo (played by DONGKIZ’s Park JaeChan) and his encounter with the campus’ most popular student, JaeYoung (played by Park SeoHam).

The drama is originally based on a web novel-turned-webtoon of the same name by Jeo SuRi and Kim Angy. You can read the web novel here (you must be 19 years of age and older) and the webtoon in Korean and English.

So, here is a randomly ordered list of 6 differences between the “Semantic Error” web drama and the webtoon.

1. The professor SangWoo presented to and the student excuses 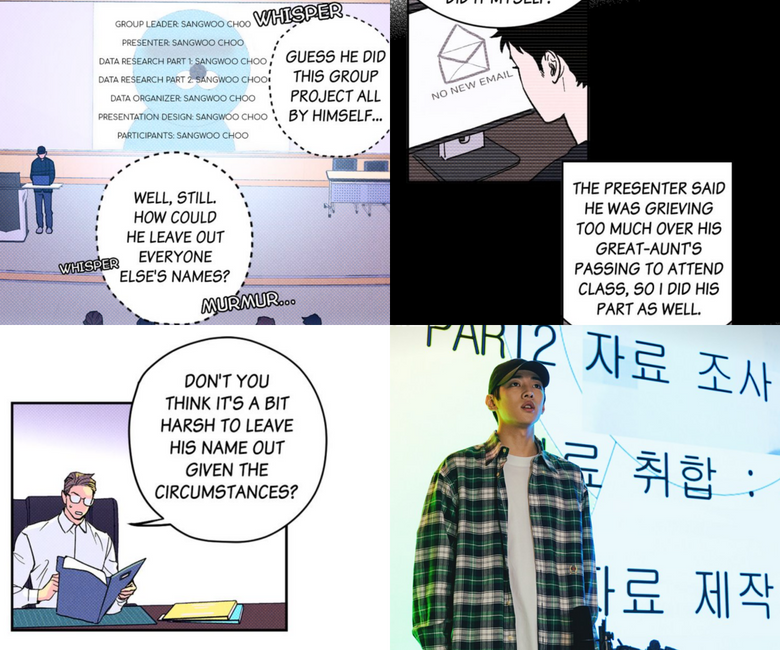 In the webtoon, the professor listening to SangWoo’s presentation is a man whereas in the drama it is a woman. On top of that, the reasons that the other students in SangWoo’s group said that they couldn’t participate in the project were slightly different.

In both the drama and the webtoon, one student said that they couldn’t participate because their great-aunt passed away. However, the other peoples’ excuses were different.

In the webtoon, the story went more into detail about how each group member had an issue. One member even contacted the professor with an excuse ahead of time, making them wonder if it wasn’t too harsh of SangWoo to exclude them.

However, in the drama, SangWoo used a more blanket excuse saying that most members thought it wasn’t necessary to participate because they are seniors and the professor didn’t question that. 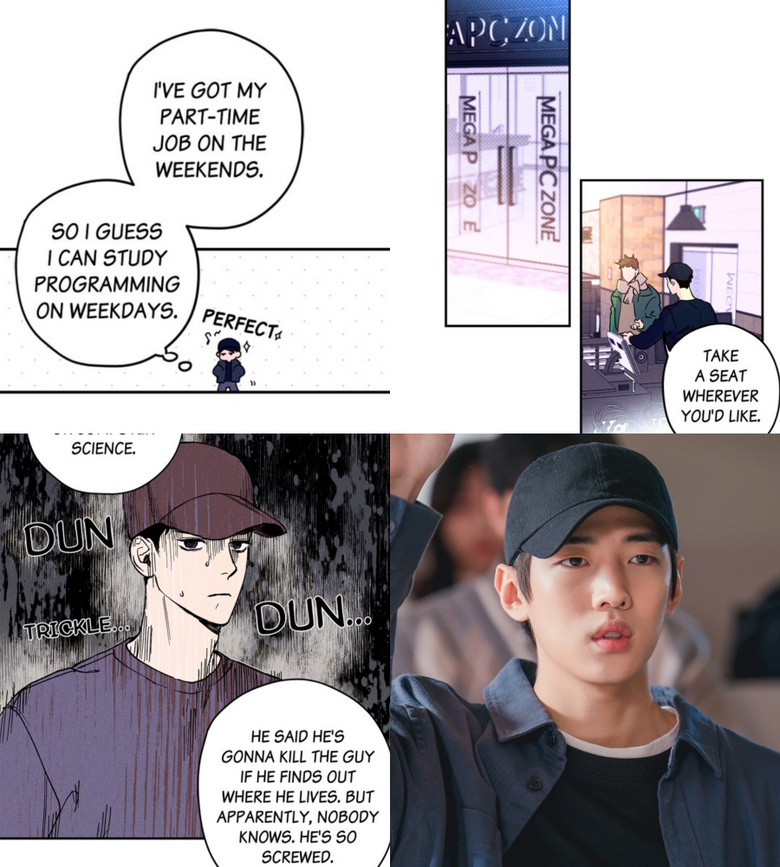 In the “Semantic Error” drama so far, SangWoo doesn’t seem to have a part-time job and only seems focused on developing his mobile game.

However, in the webtoon, he has a part-time job in a PC room and is also working on his mobile game. In fact, he finds out that JaeYoung is looking for him after his graduation is canceled while he is on the job. In the drama, SangWoo seems very indifferent about having gotten on JaeYoung’s bad side. In fact, he doesn’t care about how he speaks to JaeYoung or even what he thinks of him.

However, in the webtoon, he seems more scared of what’s going to happen to him after crossing JaeYoung and intimidated by him in general. At first, before they’ve met, he jumps at the thought of even getting a text message from JaeYoung. This attitude continues for a while in the webtoon but SangWoo still doesn’t think the best of JaeYoung and he continues to let him know it.

4. What SangWoo is initially saved as in JaeYoung’s phone 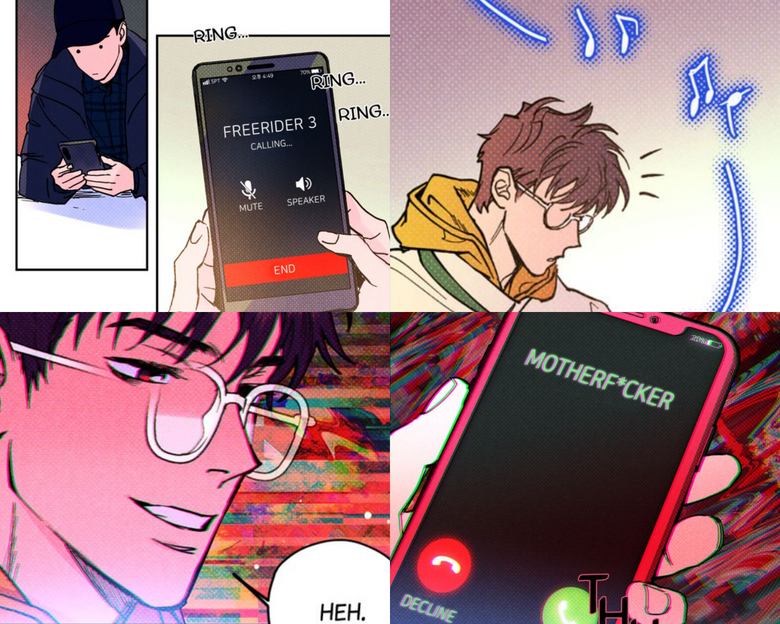 In both the drama and the webtoon, SangWoo has JaeYoung saved as ‘free-rider/freeloader 3’.

In the drama, JaeYoung has SangWoo saved as his ‘group leader’. Whereas, in the webtoon, JaeYoung has him saved as something else which shows that he thinks of him in a far worse light. 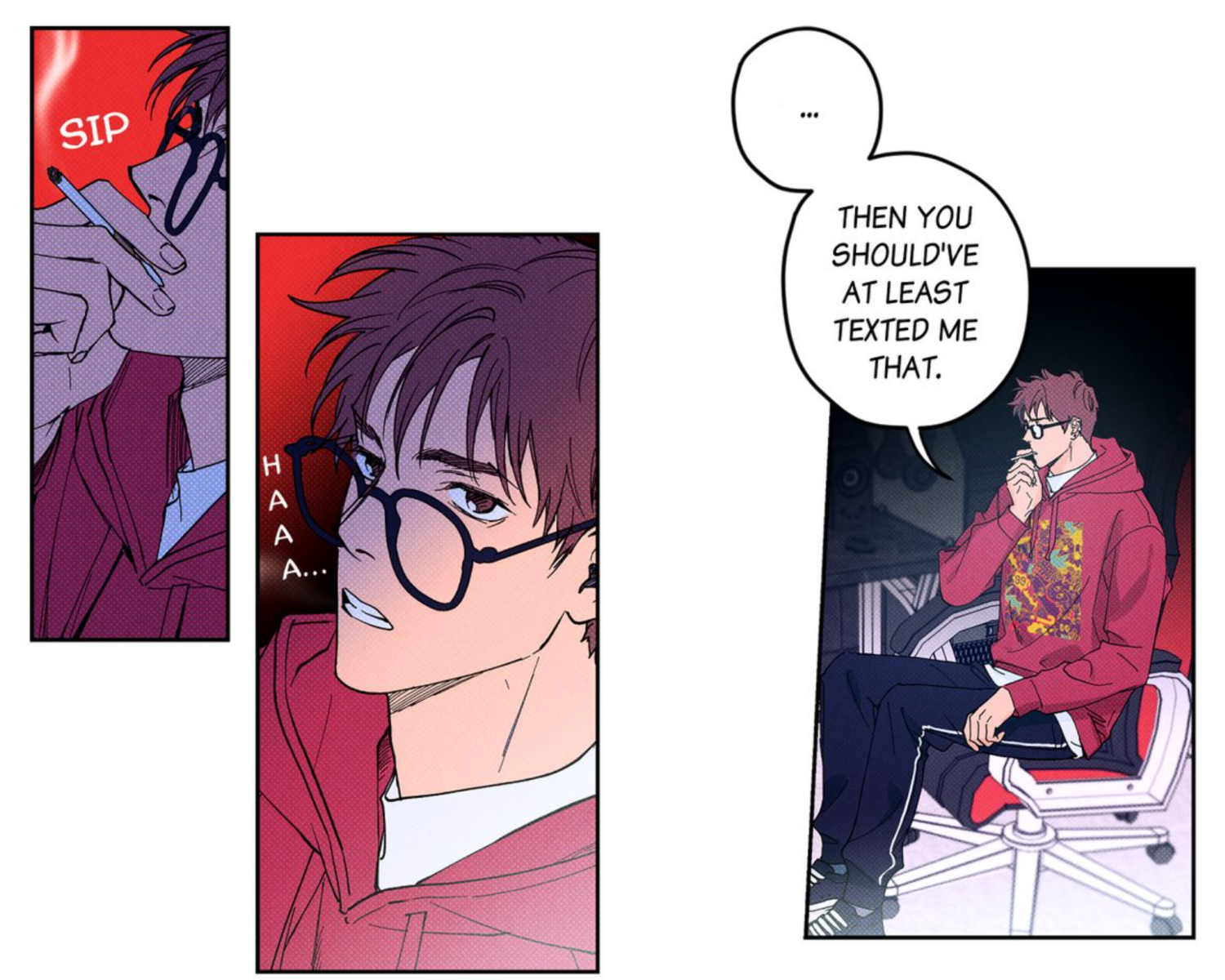 In the drama so far, JaeYoung doesn’t seem to have a smoking habit. However, in the webtoon he smokes cigarettes.

6. JaeYoung’s part-time job as the setting for the start of their dynamic 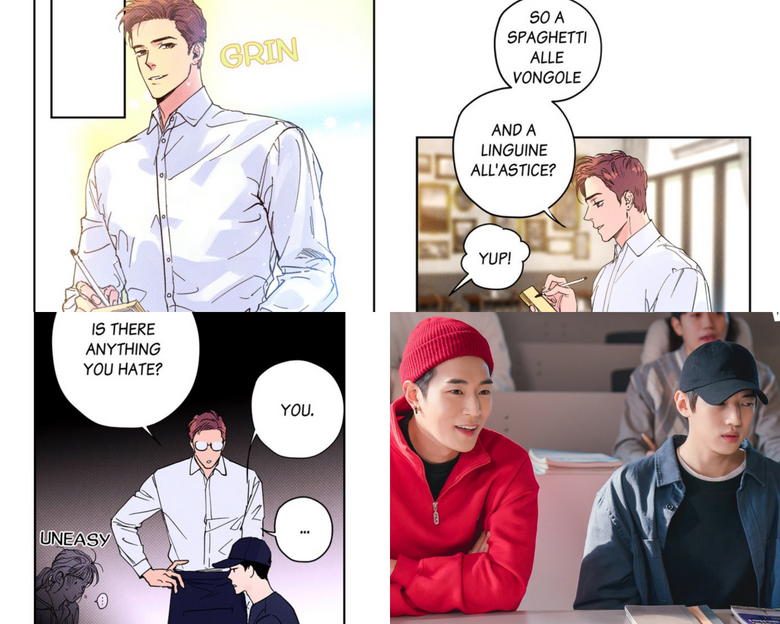 In the web drama so far, there has been no mention of JaeYoung having a part-time job. However, in the webtoon, JaeYoung works at an Italian restaurant.

He ends up serving SangWoo and that’s where they have the iconic conversation where SangWoo says that he hates JaeYoung and the color red, which starts the pettiness between the two.

These are only a few of the differences that we’ve spotted.

Have you spotted any other differences between the drama and the webtoon for “Semantic Error”? What do you think of the differences? Let us know in the comments below!

If you would like to read about more K-Dramas that are different from their webtoons, check out this article.

Here are some other webtoons that are different to their K-Drama: