The K-Drama “Bad and Crazy” had its final episode aired on 29th January, and whilst we mourn their farewell, let’s reminisce the moments the duo literally defined bromance!

The K-Drama aired its first episode on December 17th 2021 and would air every Friday and Saturday on tvN and also was available on iQiyi. The drama was directed by Seon DongYoo. The main cast included Lee DongWook as Ryu SooYeol, Wi HaJun as K, Cha HakYeon (also known as VIXX’s N) as Oh GyeongTae and Han JiEun as Lee HuiGyeom. With such a star studded cast, the drama was already highly anticipated and the first episode scored an average 4.5% nationwide. The total rating on iQiyi is 9.8 and it stood on the top of its “Top 10” drama list when its final episode aired.

The story revolves around two personalities, Ryu SooYeol (Lee DongWook), the bad guy who spent his career mooching off the powerful to climb up his positions and K (Wi HaJun), an eccentric or the crazy vigilante that wishes to wipe out the villains. In fact, K very proudly called himself as the hero. Coming together, the two join hands to battle against the corrupt system. The drama moves the reader into an adventurous (plus comic) ride for justice with a Bromance we all came to love. 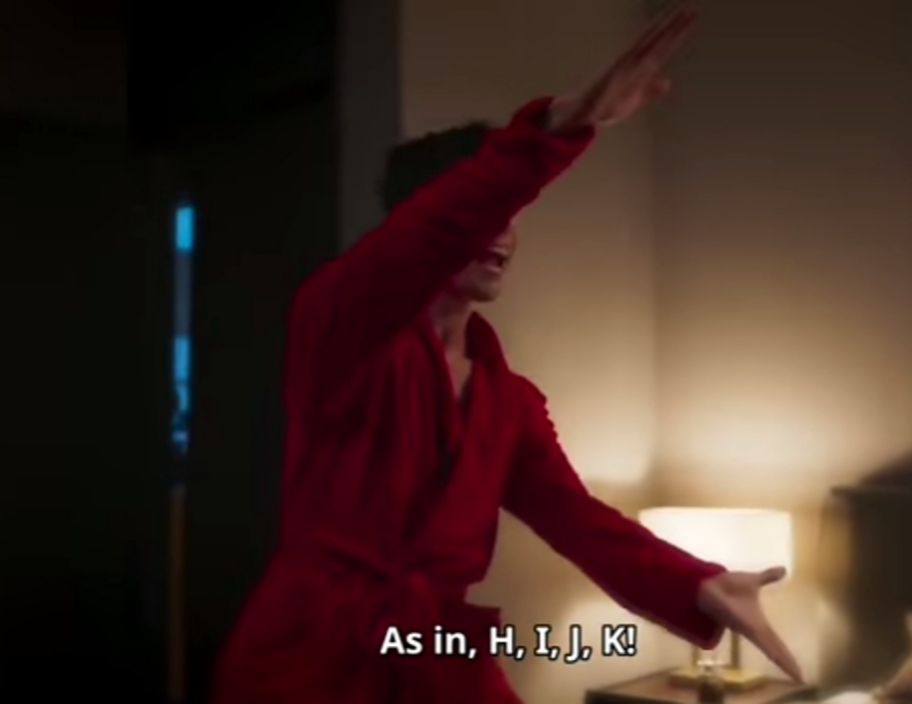 Starting off by the most iconic meeting in episode 3. When Ryu SooYeol finally accepted K to be a part of him. The episode started off by him constantly taking pills and telling himself that K was not real to make him disappear. It was till he lies down for some rest when someone sneakily hugs him from behind. That being K of course. Ryu faces reality and finally asks for the latter’s name. K shyly tells his name whilst Ryu SooYeol was dying from a headache. The duo surely did make us laugh then. The scene delivered the differences in between them, like how Ryu SooYeol’s voice was low and painful yet with an aggressive way of addressing K. K was rather unpredictable, from shyly saying his name to having a full blown outburst when Ryu got his name wrong:

“H.I.J.K!” and literally makes a K with his hands.

Further more, the scene introduced us to a comic bicker which pertained throughout the drama. 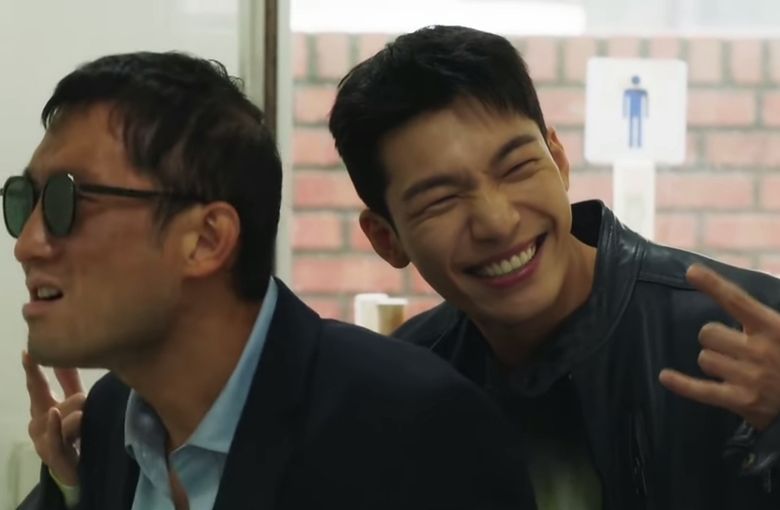 The Tom and Jerry relation continued till episode 6. Despite the bickering and supposedly hating each other, the duo worked together to find the suspected witness in order to prove SungOh’s innocence. SungOh (played by Lee KyungWook) was killed and framed for the murder of a former detective Tak MinSoo (Lee JoHyun). This claimed witness was his friend WooHyuk (played by Shin JooHyup). In order to sneak into the junkyard Ryu had to swap clothes with a homeless drug addict. Whilst Ryu was struggling to breathe within the stinky clothes, K spares no sympathy and endlessly teases for actually looking cool in the outfit. And oh! As the best partner he was, K offers to wear the clothes again but yikes…they are the same person….

Their partnership does not stop there, searching for WooHyuk, they come across a bunch of drug addicts, who begin to suspect them yet rather than coming out and fighting them, K remains at his place…. just to make poor Ryu suffer. Is that not just the ideal partner in crime? Insert a dreamy sigh.

3. When The Trio Fought Their Way Out 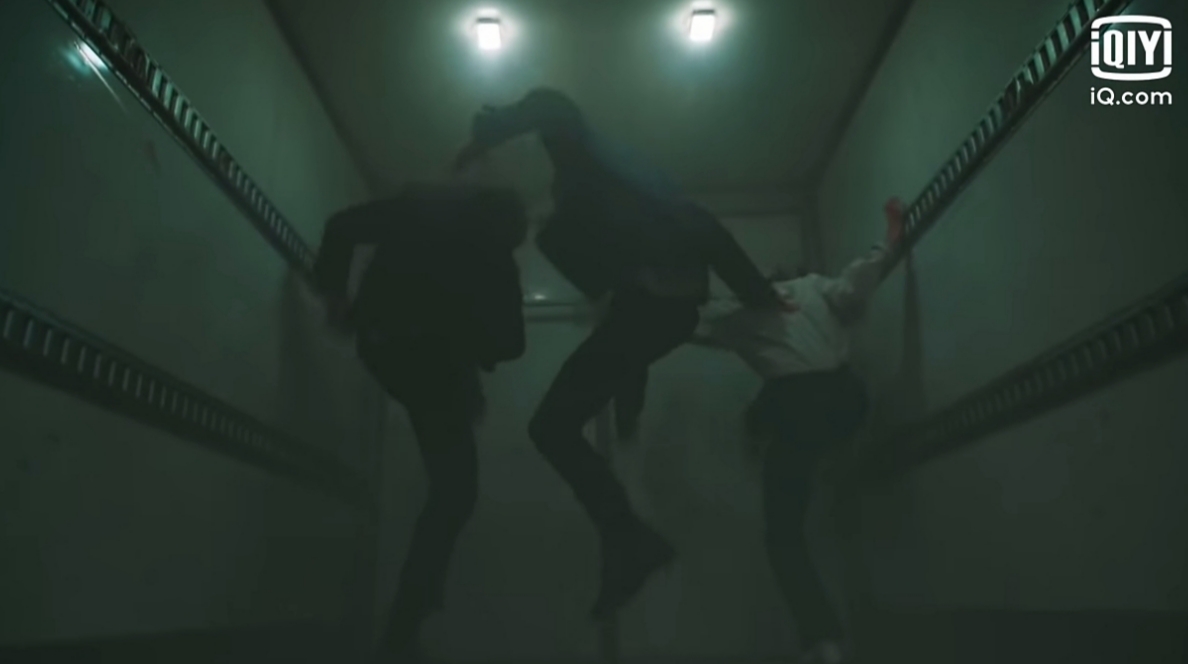 Episode 6 delivered another powerful moment of the two and added HuiGyeom along. When they were abducted and locked in a van. The three repeatedly kicked and slammed their bodies against the doors till it opened. The scene had such a beautiful impact. Beyond all the bickering, the two fought together to survive. Specially to add, when Ryu SooYeol was kicking the door on its own it was not that efficient till K came along. K became more than just a personality but as if another individual adding to the strength. The same theory was put in episode 5 when Ryu SooYeol was countered by thugs and the two fought alongside yet each of them using different style of fighting.

4. K Pulling Ryu SooYeol Out Of His Subconscious

As a part of his treatment, Ryu’s psychiatrist wanted him to try retrieving his lost memories. Though every time he moved in to his subconscious, either by hypnosis or by being triggered, he seemed to be in pain and even panicking. In those moments K would appear and pull him out. At times he even stopped Ryu from retrieving the lost memory. At that moment we saw K beyond his quirky and erratic self. Instead he was quite concerned. But further we get to know that K believed that it was him who murdered Ryu’s father. He was afraid that Ryu might come to hate him for it and that did greatly upset him even though Ryu’s father was abusive. He was afraid that because of him Ryu might have become a murderer.

Soon the psychiatrist suggested that the memory could have been disrupted and it might not be Ryu nor K who killed Ryu’s father. In episode 9, K was enthusiastic to help Ryu to retrieve his original memory. He even took him to his old residential area. On a cycle with Ryu constantly complaining about his butt possibly splitting further….. 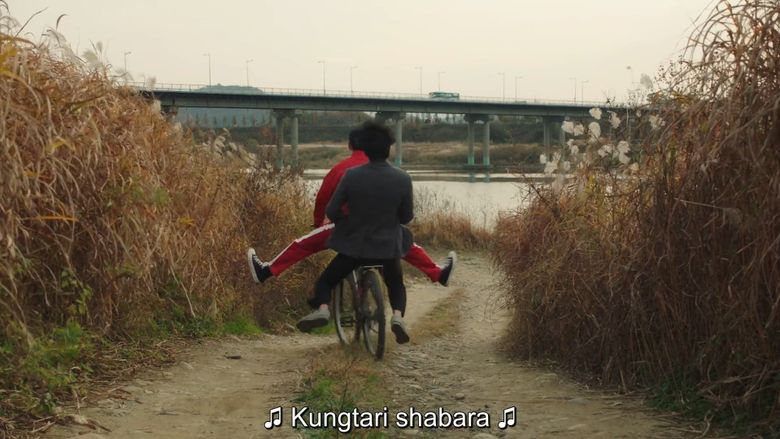 5. When Ryu SooYeol And K Joined Hands Again To Finish Off  ‘That Jerk’

In episode 11, after Ryu’s illness is revealed, he is sent to a mental institution. In a scene where HuiGyeom visits Ryu, we see an utterly terrible state of him. He is barely in his consciousness and fails to even eat properly, because he is heavily drugged.

But just by the ending of the scene, when HuiGyeom leaves, we are stunned by the coming plot twist. In fact, it was all an act. Ryu was spitting the medicines given and hiding them under his bed. It is about time when K appears and the two began to wrestle- their love language as we know. Just then, after calming a little, the two join hands again and vow to catch Sin JuHyeok (played by Jung SungII), a psychiatrist in Dream Youth Shelter who was involved in provoking teenagers to murder their parents and himself had killed Ryu’s father too. 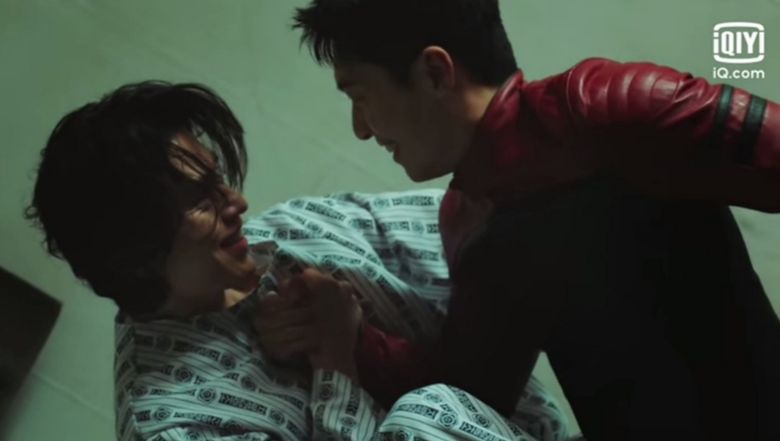 The moment triggers so much serotonin in the system, and excites oneself to know that our favorite duo is back in action!

In all honesty, it is safe to say that most of the viewers were bawling by the end of episode 12. Whilst the episode was a roller coaster ride, from Ryu’s escape to finally proving Sin JuHyeok to be Jeong YunHo and being responsible for provoking young teenagers to murder their parents.

When YunHo puts Ryu’s childhood residence on fire, it triggers a series of memories and Ryu falls upon his knees. It is then when K appears again, motivating Ryu to come out of the trance and save the kid inside. Unlike previous scenes when K did most of the dangerous work, he stayed outside whilst Ryu jumped in the fire.

Then fast forwarding to Ryu’s subconscious again, K announces his departure. He claims that Ryu does not need him anymore and so he must leave in a “cool manner” like a “hero.” The meeting clenches our hearts as the two painfully part ways and a lost memory of Ryu resurfaces. K had saved him from YunHo when he was a child. K is still a middle aged man in a biker suit in whom Ryu found comfort as a scared child. After retrieving the memory Ryu runs to K and the two embrace each other with tears (ours too). 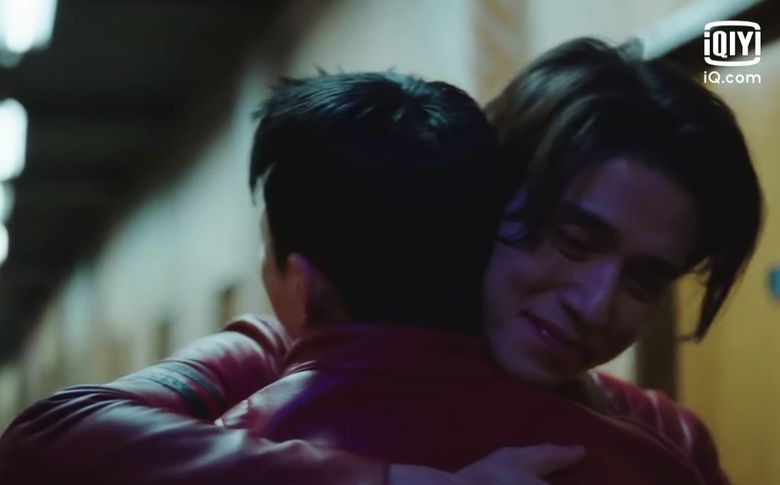 Ryu wakes up and we realize that K really disappeared and will never showed up again but leaves an empty spot in Ryu’s life but moves forward in life. 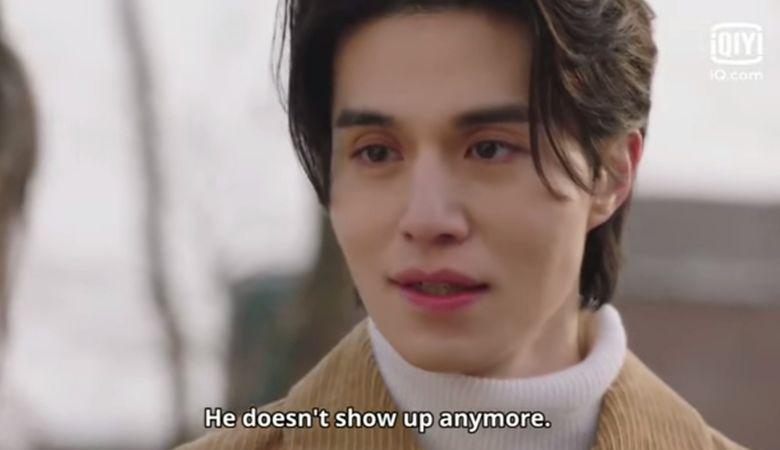 Unlike many dramas involving Dissociative Identity Disorder, “Bad and Crazy” gave it an entirely different perspective. Usually the other personality is vicious or the antagonist. But for Ryu SooYeol, K came in as comfort. For the young child who was lost and also for a lost middle aged man. K helped Ryu SooYeol believe in himself and fight for himself rather than kneeling before the superiority to survive.

Did you watch this drama? Are you sad to say goodbye to it? Share your thoughts!