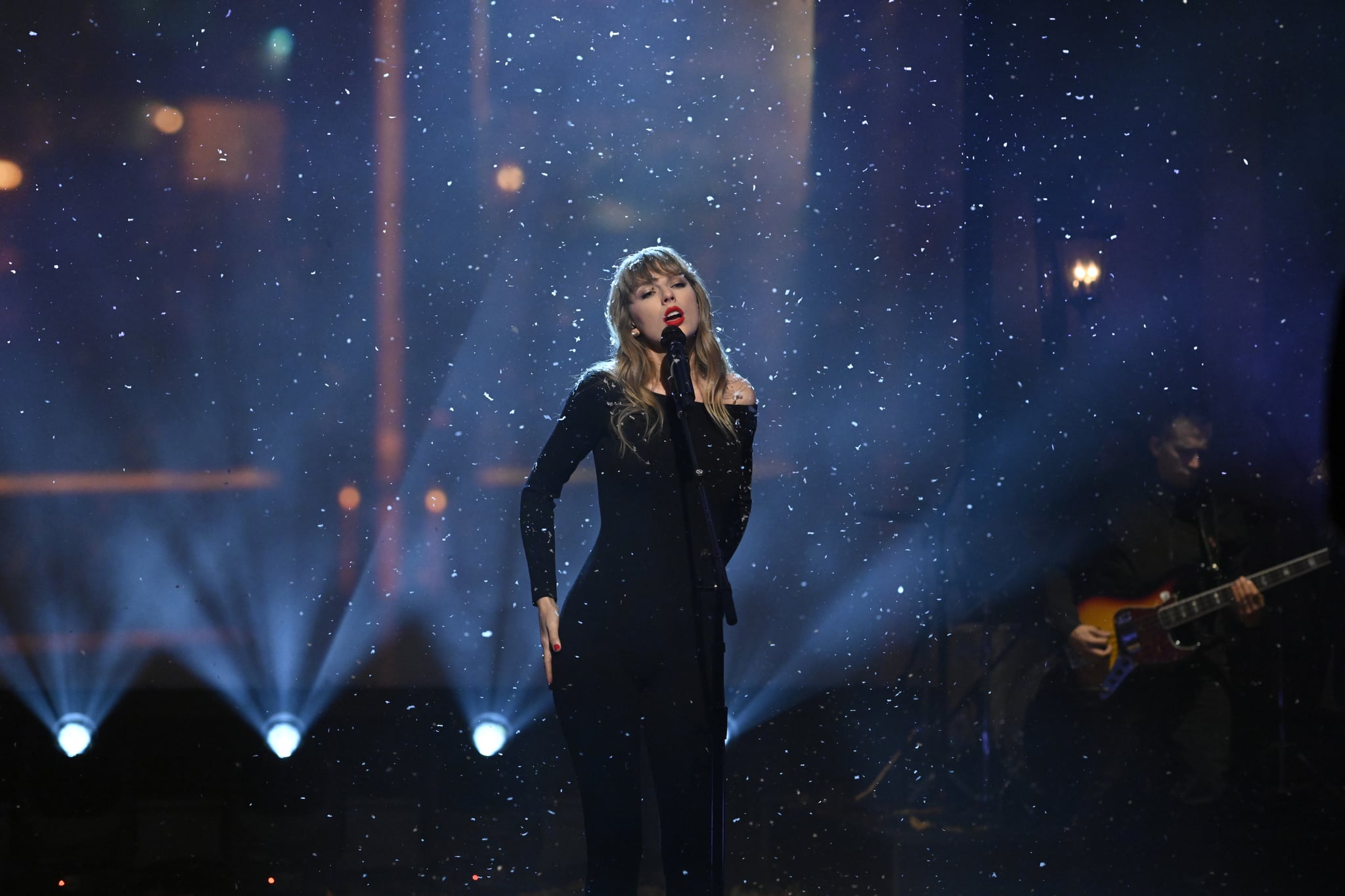 Taylor Swift’s album “Midnights” is possibly the most relatable one yet. Swift promised to give us a range of 13 songs written in the middle of the night, “a journey through terrors and sweet dreams.” After announcing the album at the MTV VMAs in August, she wrote on Twitter, “Midnights, the stories of 13 sleepless nights scattered throughout my life, will be out Oct. 21. Meet me at midnight.” And that’s just what we did — despite our bedtime notification going off at 10:30 p.m.

But that lucky 13 turned into 21 new songs with the additional “3am Version” bonus tracks. “Surprise! I think of Midnights as a complete concept album, with those 13 songs forming a full picture of the intensities of that mystifying, mad hour,” she wrote on Instagram. “However! There were other songs we wrote on our journey to find that magic 13.”

Insomnia is a theme throughout the new album with lyrics like: “Midnights become my afternoons / When my depression works the graveyard shift, all of the people / I’ve ghosted stand there in the room” from the song “Anti-Hero” — which is, unfortunately, very relatable. And Swift is in good company. According to a recent sleep survey from U.S. News & World Report, sleepless nights are pretty common. While nearly 72 percent of Americans follow a regular bedtime routine, more than 36 percent also report that they rarely or never wake up rested. And 25 percent of adults experience acute insomnia each year, according to a University of Pennsylvania School of Medicine study.

Midnights, the stories of 13 sleepless nights scattered throughout my life, will be out October 21. Meet me at midnight.

From love affairs gone wrong to everyday stressors, our sleep routines are incredibly sensitive to life changes. So for all of us who have “tossed and turned and decided to keep the lanterns lit and go searching,” keep reading to learn the most common reasons we stay up at night, what an all-nighter does to your body, and how to cut back on pacing the floors, using lyrics from some of Swift’s classics (of course).

The problem: Breakups. They’re the absolute worst, and research has found that rejection and emotional and physical pain are processed in the same regions of the brain — meaning a breakup can physically hurt. Heartache can definitely keep you up past bedtime, whether it’s to mourn the loss of a significant relationship or to craft the perfect new dating profile.

The solution: During this post-breakup time, sleep with your phone in another room. Honestly, it’s good sleep hygiene any time of the year, but it’s especially helpful when you can’t stop analyzing your ex’s Instagram Stories for clues as to what went wrong. Instead, put the phone somewhere far away, make yourself a soothing cup of tea, and fall into a good book.

The problem: Fighting with friends. Tension in relationships can cause you stress, and researchers discovered that higher stress levels were significantly associated with poorer sleep quality.

The solution: If you’re up at night thinking about your feud with a certain bestie, try journaling with an actual pen and paper. (Leave the notes app for the morning to avoid being distracted by other apps and exasperating the sleep problem.) Intermountain Healthcare says journaling can help process stressful events by distancing yourself from negative thoughts. Once you write them down, it’s easier to let go — and hopefully, in return, catch some zzz’s.

“I Wake in the Night, I Pace Like a Ghost, the Room Is on Fire, Invisible Smoke” — “The Archer”

The problem: Anxiety. Many people with anxiety or panic-attack disorders experience insomnia. And sometimes the stress of trying to fall asleep only compounds the problem. Studies show increased anxiety levels are one of the most important consequences of sleep deprivation.

The solution: To stop your mind from racing, tune into a guided meditation app. In a study published in JAMA Internal Medicine, meditation was found to improve the relaxation response and control of the autonomic nervous system, which reduces how easily you wake up.

The problem: Late-night drinking. If you’ve got a friend with whom you “meet up every Tuesday night for dinner and a glass of wine” or two or three, then you’re probably familiar with how alcohol impacts the rest of your night. Drinking alcohol has a negative effect on rapid eye movement (REM) sleep, which is when your sleep quality is the most restorative, according to Piedmont Healthcare.

The solution: Stop drinking at least four hours before your bedtime to avoid sleep disruption, per Piedmont Healthcare. That way, it gives your body time to clear the alcohol out of your system. If that’s not possible, try to limit how much you drink.

“It Feels Like a Perfect Night, For Breakfast at Midnight” — “Feeling 22”

The problem: Going to sleep too late. The body’s natural sleep-wake cycle can be negatively impacted by staying up too late. So while a night out dancing every once in a while is Swift approved, know that you’ll definitely feel the impact (especially if you’re not 22 anymore).

The solution: According to the Cleveland Clinic, missing as little as 1.5 hours can have an impact on how you feel, so try to fit in a short nap during the day if you can. Don’t rely on naps long term, though, because long or frequent naps might interfere with nighttime sleep, the Mayo Clinic says. Instead, follow a consistent sleep schedule to help keep your body relaxed and ready to sleep at the same time each night.

The problem: Feelings of excitement. The truth is, excitement and anxiety are oddly similar in physical body sensations. For example, when excited, our levels of cortisol — commonly known as the “stress hormone” — increase. So when sparks fly after a great first date or you’re excited about seeing your long-distance bestie after months spent apart, you might have a hard time falling asleep.

The solution: To calm yourself down, focus on your breathing. Doing this will help slow your heart rate and send signals to your body that it’s time to sleep. This quick and helpful deep breathing exercise is a great one to add to your pre-bedtime routine.

Rachel Zegler Reveals She Had a Breast-Cancer Scare at 19

These 8 Reusable Period Products Are Life-Savers

Is Bigger Than the Whole Sky About a Miscarriage?

Is Serena Williams Returning to Tennis After Retiring?

Two Periods in One Month: What Causes It, and Is It Normal?

Rachel Zegler Reveals She Had a Breast-Cancer Scare at 19

These 8 Reusable Period Products Are Life-Savers

Is Bigger Than the Whole Sky About a Miscarriage?

Is Serena Williams Returning to Tennis After Retiring?

Two Periods in One Month: What Causes It, and Is It Normal? Peloton Instructors Love These Products So Much, They’re Gifting Them to Everyone This Indoor Smart Garden Is Perfect For Beginners 19 Pickleball Gifts to Help Your Favorite Player Eat, Dink, and Be Merry