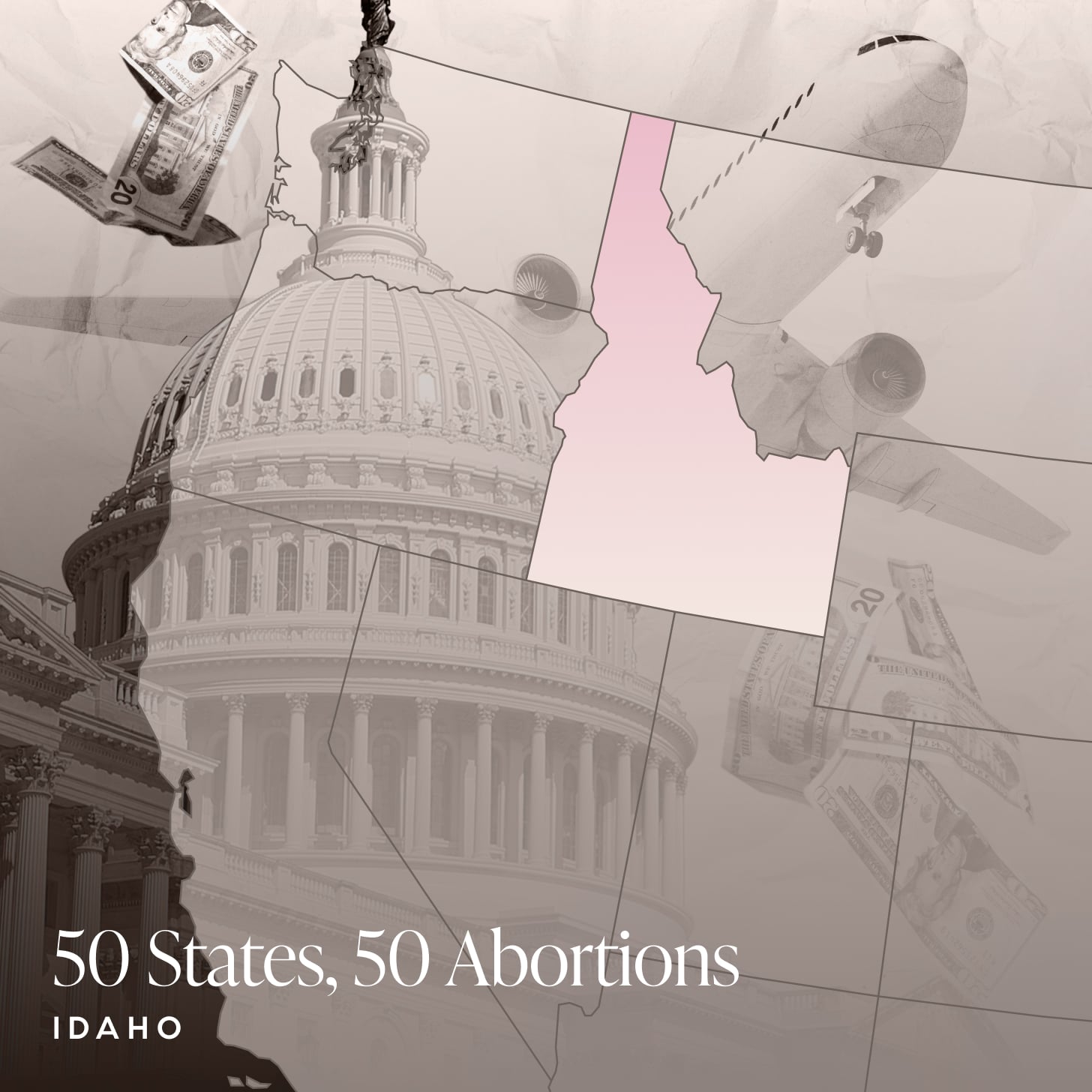 I was 22, just barely, when I sought an abortion; actually exactly 20 years ago. My relationship status was complicated, I would say. We had gone on a few dates, but it wasn’t anybody who I was looking to be involved with. Pregnancy came as a surprise.

I didn’t have insurance growing up, so I didn’t ever have an ob-gyn or a gynecologist. We were pretty poor, and that was never really anything my parents talked to me about. So the only place I knew to go was, of course, Planned Parenthood.

I was required to do a round of counseling so I knew what my options were. If it was possible to have done it that day, I would have, but Planned Parenthood didn’t do abortions itself.

There wasn’t really ever a choice for me. I never wanted to have children. Not as a kid, not as a teenager, not in my 20s, not in my 40s — never. It wasn’t a difficult choice, I don’t feel bad about it, and I’ve never regretted it. Pregnancy was something that happened to me, I had access to healthcare, and I took care of it. So the emotional part of it wasn’t necessarily, oh god, I did this thing, it was, oh god, what will people think of me for doing this thing that they judge?

In retrospect, my abortion was very cheap, but for 22-year-old me, it was very expensive. It cost $400, paid for by the boy I was seeing. And it was difficult to get an abortion because back then, in 2002, there was only one doctor in the valley who did it. That doctor, he was really, really old. I don’t know if you know anything about Boise, but Idaho is very religious. There were things on the walls that led me to believe that he was probably a religious doctor; it wasn’t a very welcoming place. When I made the appointment, I was really scared. Going into Planned Parenthood was at least a place that I knew. This place wasn’t.

During the procedure itself, the doctor said something to me I’ll never forget. I was in his office, and the nurse was there, and I was crying — I have a low pain threshold — and he said, “Get a hold of yourself.” And I will never forget that. It was just so callous. I’m glad he helped me, but it was clear he was just doing this for the money; it was straight-up cash only. He wasn’t invested in my care or the emotional toll that something like this could have on you, whether it’s the right choice for you or not. Having a woman doctor, a doctor who was committed to the care of women, a doctor who was obviously “pro-choice” — I hate the term “pro-choice,” but I guess that’s what it is — would absolutely have made a difference to my comfort.

The boy that I was with, he actually was really kind and surprisingly dependable and supportive. He came with me. I didn’t expect that at all. And my mom, thank god, my mom has always been there for me. But I didn’t tell anybody at first, not for 15 years. My dad still doesn’t know. It’s only been in the last five or so years that I’ve been more vocal about abortion.

The right to choose had always been something close to me because I knew very young that having children was not part of my plan, ever. But I think the reason I’ve become more vocal about abortion now is, one, I’m older, so I’m not really as concerned about what other people think of me. I think that just comes with age.

But two, I work as a pediatric speech-language pathologist, so I think about bodily autonomy a lot, like when I have nonverbal clients and I might have to touch them. Bodily autonomy is really important. If you can’t control what’s happening to your body, you have no control at all. I can’t even imagine not having the ability to make that choice for myself, because it really did save my life. I don’t know what I would have done if I was forced to carry that child to term.

I wish I had been vocal about abortion sooner. I didn’t even tell my best friend until well after college. I do think that we’re kind of shouting into the void now, because the point is that we suffer. I don’t think that telling “pro-lifers” our stories has an impact in the sense of, oh wow, you changed my mind. I think that most of the evangelical voters who are really pushing anti-choice think that I probably deserve to suffer. But I wish I could have been more supportive to women my age, because as I’ve gotten older and I’ve shared that story — wow, a lot of people have abortions.

Post-Roe, I’m afraid of what’s going to happen to anyone who lives in Middle America, or who doesn’t have access. I can’t imagine what it must be like as a teenager today, knowing that if I screw up, or something happens, or there’s an accident, what happens to me? And that’s just low stakes, we’re not even talking about the high stakes: incest, rape. It feels overwhelming.

I worry for young men as well. I really think that my abortion benefitted not just me, but almost every man in my life. Whether I dated them, or rented an apartment from them, or they employed me, my abortion benefitted all of these people. For all of his faults, this dude I was dating — I still talk to him 20 years later, we’re friendly — he’s been pretty vocal about choice as well. I don’t know if I impacted his life in a positive way, but my abortion did allow him to screw around for the rest of his 20s, then get married in his 30s and have a kid, like he should have.

I want the narrative around abortion to change, and I think that that’s happening. I think there are a lot of writers who are talking more about how common it is and how it’s not always a hard choice. It’s not always “the worst thing you’ve ever done,” and for so long, I feel like this “pro-life” narrative has really dictated how people view abortion. Abortion is really just healthcare, that’s it. It’s not anything more than that. It can be a moving, dramatic experience for someone, but at the end of the day, it’s healthcare.