Yoon Chan Young and Lee Yoo Mi dished on their lives before skyrocketing to stardom through “All of Us Are Dead”!

On the latest episode of KBS’s “Yoo Hee Yeol’s Sketchbook,” the two “All of Us Are Dead” stars made a joint appearance as guests.

During the interview segment of the show, host Yoo Hee Yeol mentioned, “I just found this out about Chan Young. It turns out he used to be an idol trainee.”

Yoon Chan Young went on to explain, “This was when I was already working as an actor. I got a call from an agency, and I ended up signing with them. They suggested that if I learned singing and dancing at a young age, it would help me out a lot down the road. So I became a sort of part-time trainee, and I trained with the other trainees at the agency. That’s how I met the ASTRO hyungs.”

He then recalled a fond memory from his first day as a trainee. “I still remember this,” said Yoon Chan Young. “On the first day that I went to the practice room, ASTRO’s Rocky was eating dinner. And to welcome me, he bought me bulgogi stew. 10 years have passed since then, but that memory is still engraved in my heart.”

When Yoo Hee Yeol asked how old Rocky had been at the time, Yoon Chan Young replied, “I think he was 15 [by Korean reckoning]. I was 13.” 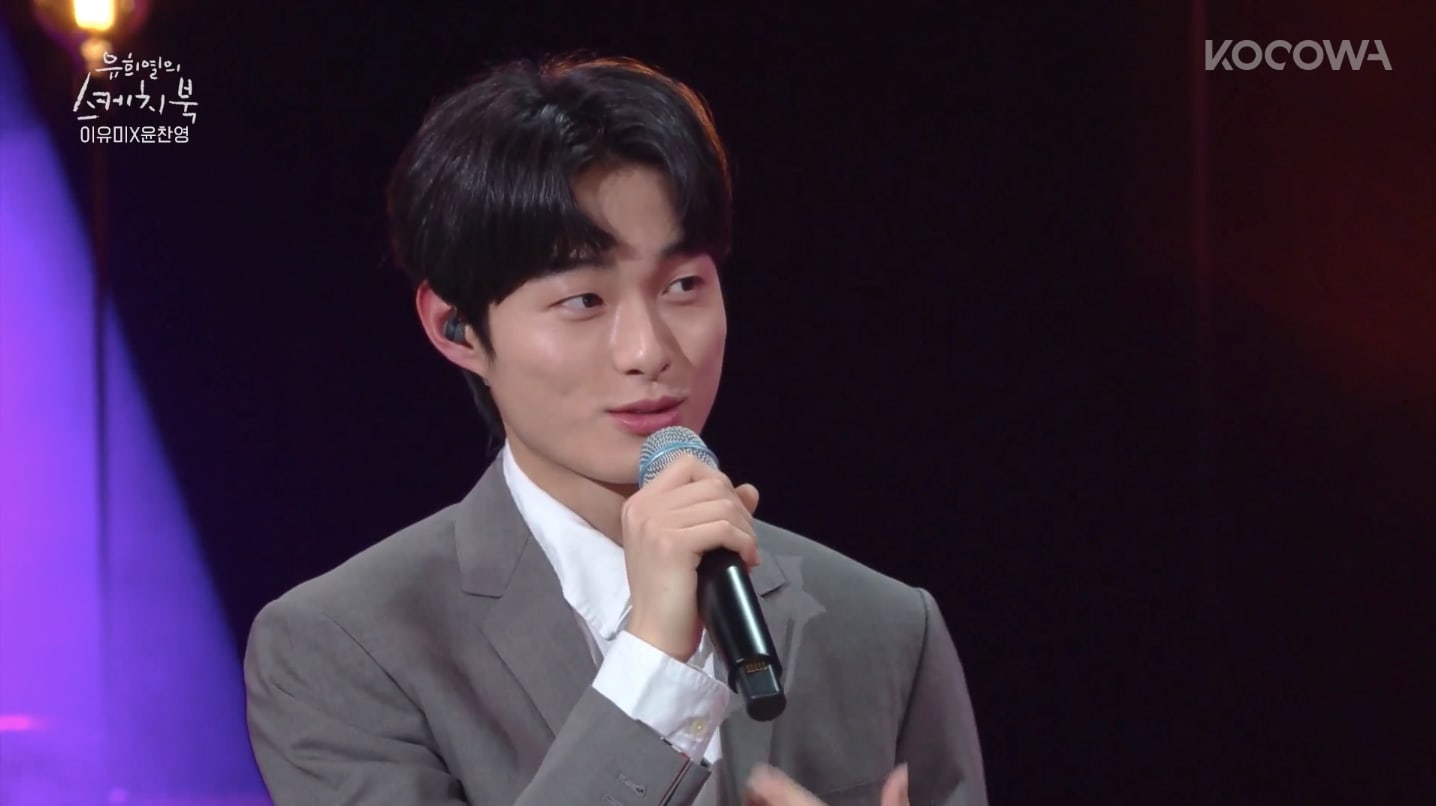 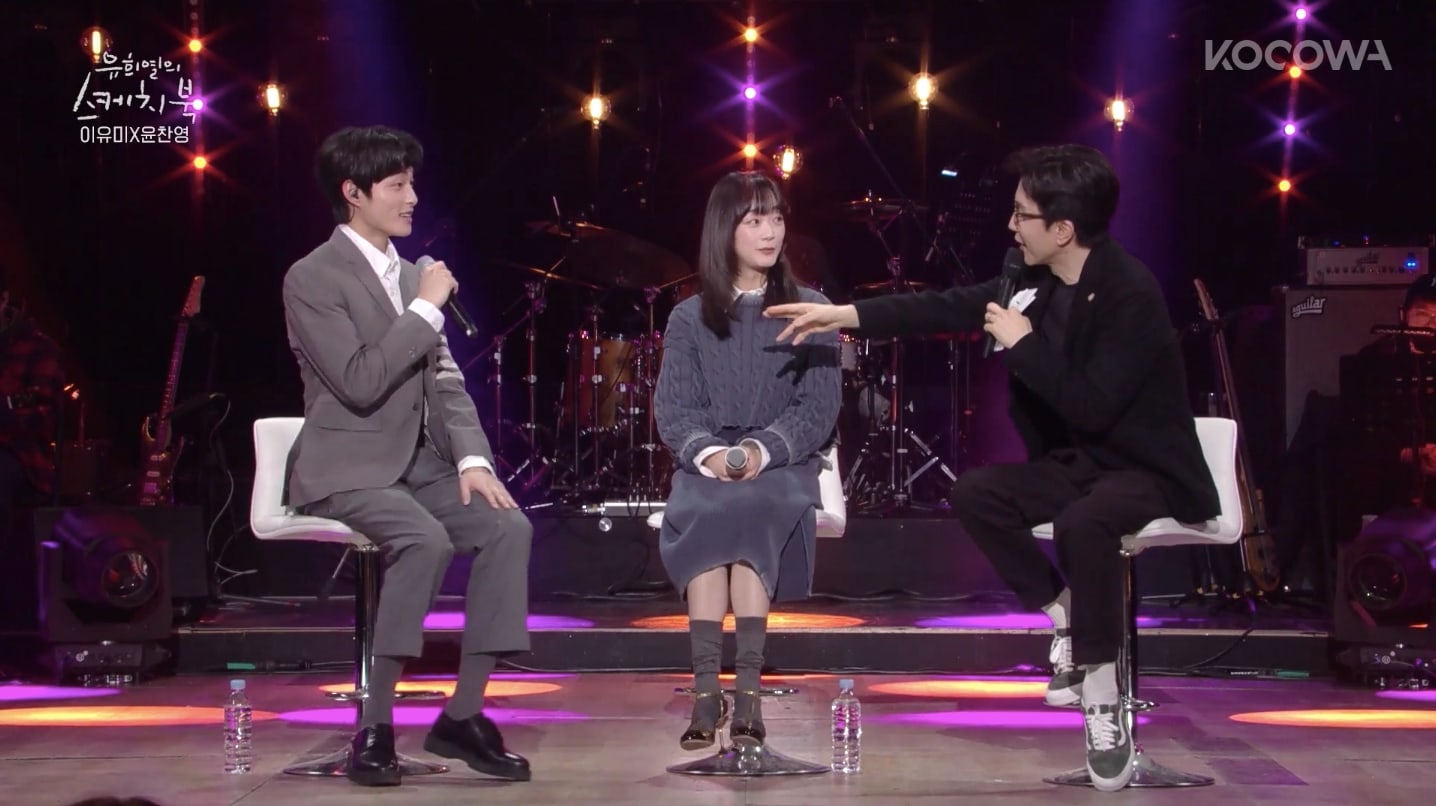 Meanwhile, Lee Yoo Mi talked about her days as a delivery worker, back when she was still working part-time jobs before rising to fame through her hit series “Squid Game.”

“It was through a food delivery app, and you could work part-time making deliveries by walking,” she explained. “This was before I did ‘Squid Game,’ when I had some time off.”

“The peak hours were from 2 to 5, and you keep getting messages [during that time],” continued the actress. “The messages are kind of meant to make you feel, ‘Are you really going to rest during these peak hours?’ And that makes you want to do it.”

Lee Yoo Mi went on to confess, “It was pretty lucrative. So I still haven’t been able to delete the app.” 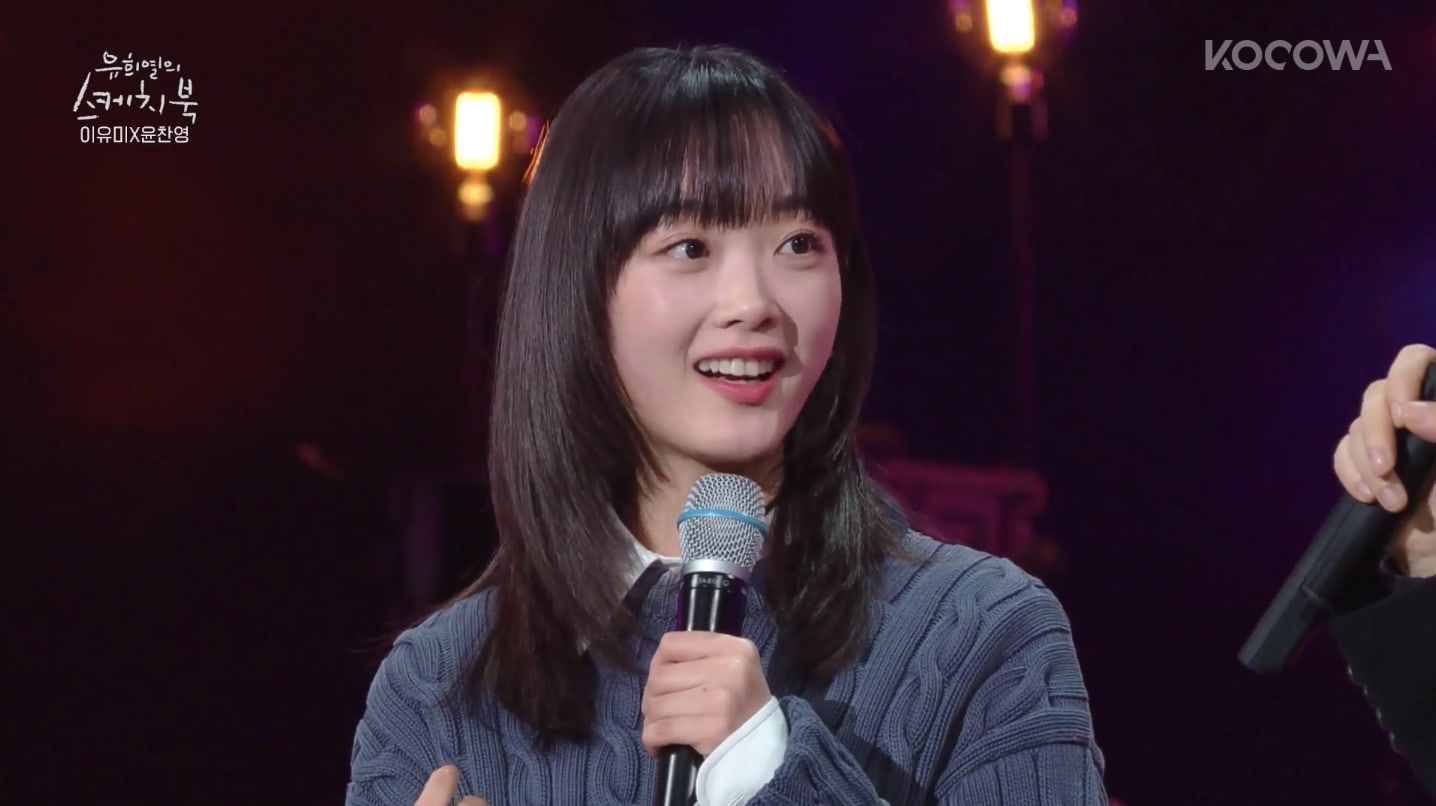 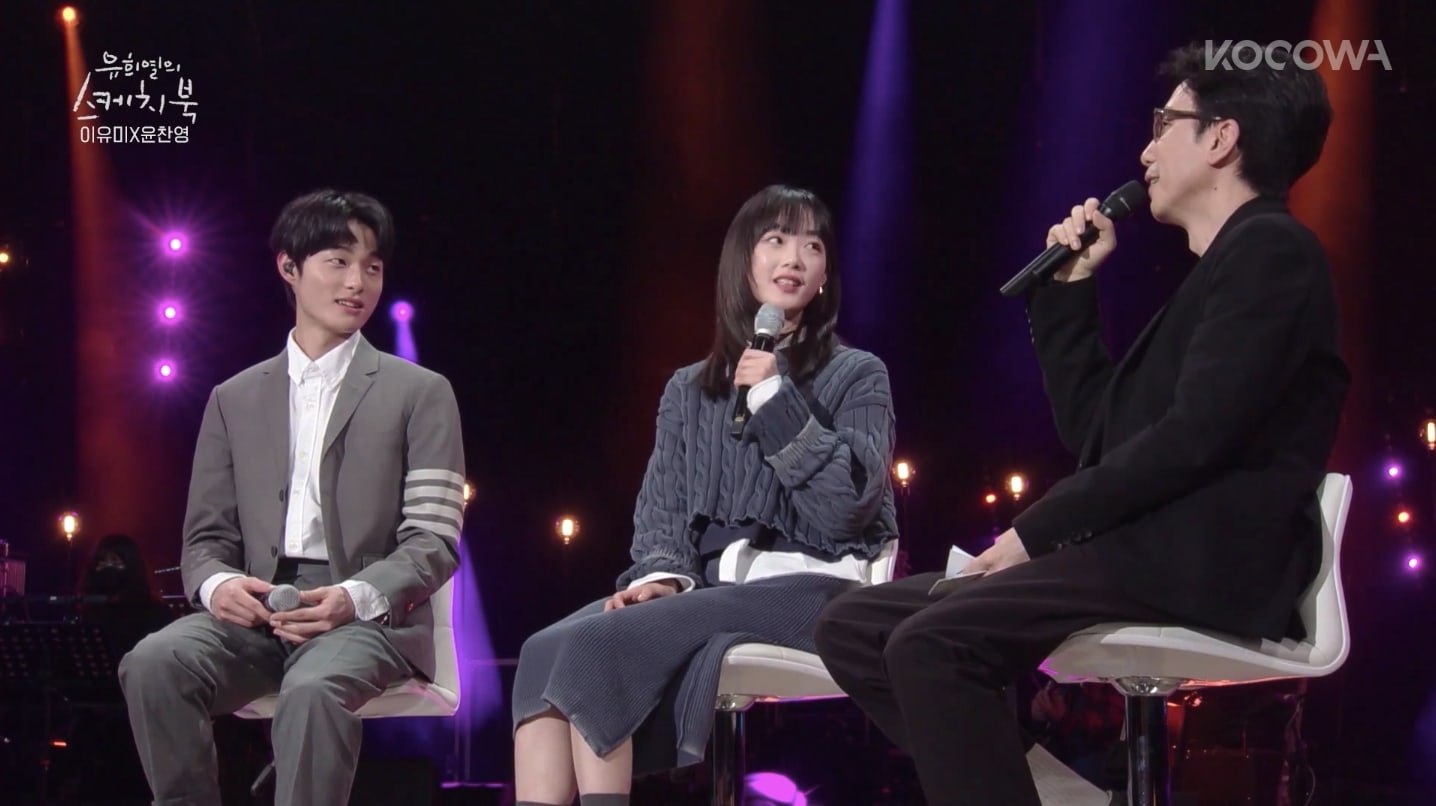 Yoon Chan Young and Lee Yoo Mi also charmed the audience with an adorable cover of EXO‘s Baekhyun and Suzy‘s hit duet “Dream,” which you can check out here!

Watch the full episode of “Yoo Hee Yeol’s Sketchbook” with English subtitles below: