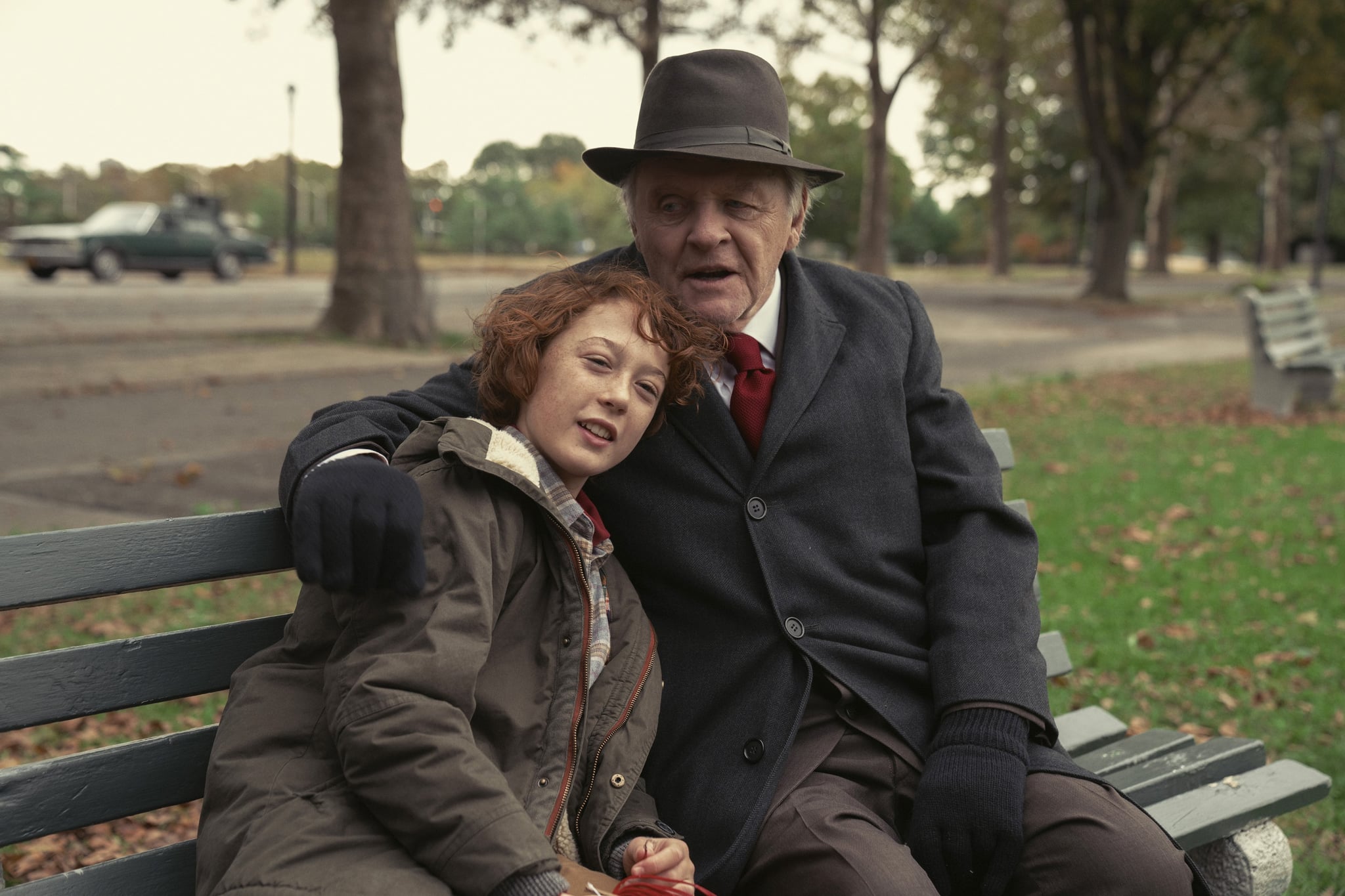 Director James Gray based his new movie “Armageddon Time” on a true story about his youth growing up in Queens in 1980 in a Jewish family. In the new film, Paul (Banks Repeta) is a teenage boy who dreams of being an artist in a family that mostly doesn’t understand him. When he gets in trouble at public school alongside his friend Johnny (Jaylin Webb), who’s black, his parents (played by Jeremy Strong and Anne Hathaway) transfer him to an elite private school. As Paul’s school tries to indoctrinate him into an upper class, capitalist mindset, his grandfather (Anthony Hopkins) tries to remind him to be a good person. All of this takes place with Ronald Reagan’s election looming in the backdrop. The movie’s title even comes from a Reagan quote: “We might be the generation that sees Armageddon” the then-presidential candidate said during a 1979 interview. Armageddon in the New Testament is the battle between good and evil at the end of the world. For Reagan and his followers, that evil could have lots of definitions, including the Soviet Union, nonreligious people, and others they saw as threats to their values.

At one point in the film, Paul’s story intersects with two real people: Maryanne Trump (Jessica Chastain), President Donald Trump’s sister, and their father Fred Trump (John Diehl). Fred is a major donor at the school, and Maryanne comes to give a speech about how the students can work hard for success. It’s a bleak moment, connecting ’80s Reaganism to the state of modern America and showcasing the way nepotism, money, and power are erased by “bootstraps” narratives.

And it turns out that moment is based on Gray’s real life, too. Gray attended the Kew-Forest School, whose alums include Donald and Maryanne. Maryanne did come give a speech to the students when Gray was a student. “I’ve tried to recreate the real speech as best I could from memory,” Gray told Screen Daily in 2021. He told the Atlantic in an article published Nov. 2 that he also remembered Fred chastising him in the hallway, the way Fred does to Paul in the film.

At the time of her speech, Maryanne was an attorney, having graduated from Hofstra University School of Law in 1974. She became an Assistant United States Attorney in New Jersey after graduation, where she stayed until President Reagan nominated her to a seat on the United States District Court for the District of New Jersey. In 1999, she was nominated to the U.S. Court of Appeals. She officially retired in 2019. Meanwhile, Fred died in 1999.

Gray told The Playlist in October that there are more stories from his family that he’s interested in adapting for screen, most of all about his mother getting sick and dying of brain cancer after his father achieved financial success. The movie even alludes to his mom’s illness, in a scene where she has a headache. “Hopefully, we’ll get to do that,” Gray said. “And so I’m going to have to con the boys and everyone into coming back.”

Rhaenyra and Daemon Targaryen’s Relationship in the Books

Rhaenyra and Daemon Targaryen’s Relationship in the Books