Bae In Hyuk will come to Han Ji Hyun’s rescue in the next episode of SBS’s “Cheer Up“!

“Cheer Up” is a new campus mystery rom-com about a college cheer squad whose glory days are long gone and is now on the verge of falling apart. Han Ji Hyun stars as Do Hae Yi, a rookie member of Yonhee University’s cheer squad Theia, who has a cheerful personality despite facing difficult circumstances at home. Bae In Hyuk stars as Theia’s oft-misunderstood captain Park Jung Woo, who is a firm stickler for the rules but is also a romantic at heart.

On the first episode of “Cheer Up,” Do Hae Yi succeeded in making it into Theia, but outside of the squad, she got off on the wrong foot with its captain. After the two students shared a hilariously unforgettable first meeting on campus, viewers were left wondering how their relationship would evolve in the future.

However, in contrast to the previous bickering between the duo, the atmosphere between the captain and rookie member changes dramatically in the drama’s upcoming episode.

In newly released stills from the show, Park Jung Woo valiantly steps in when he sees Do Hae Yi’s problematic ex-boyfriend Lee Jae Hyuk (played by Eun Hae Sung) giving her trouble. When Lee Jae Hyuk aggressively grabs Do Hae Yi by the wrist, Park Jung Woo intervenes with a fierce glare, leading to a tense face-off between the two men. 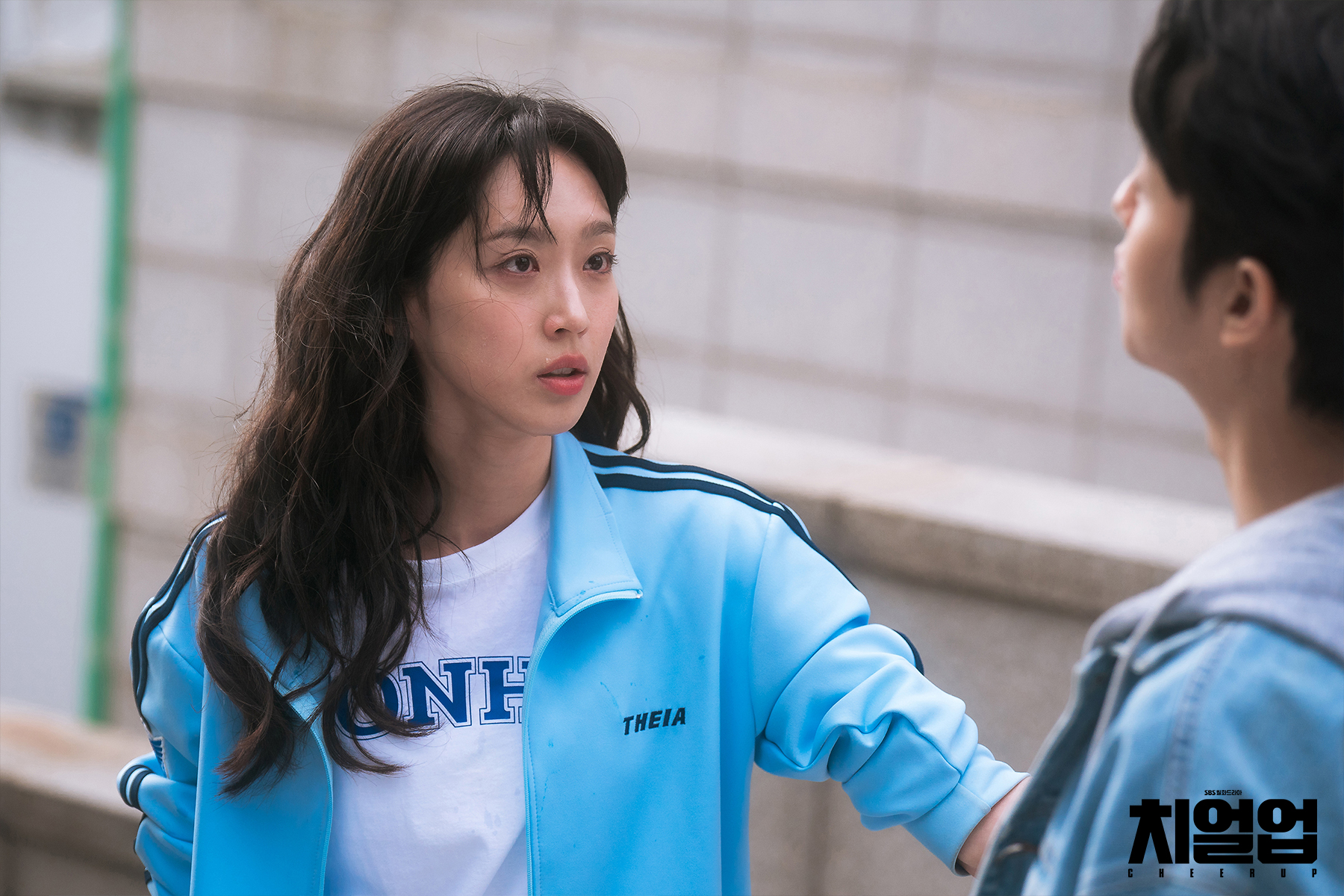 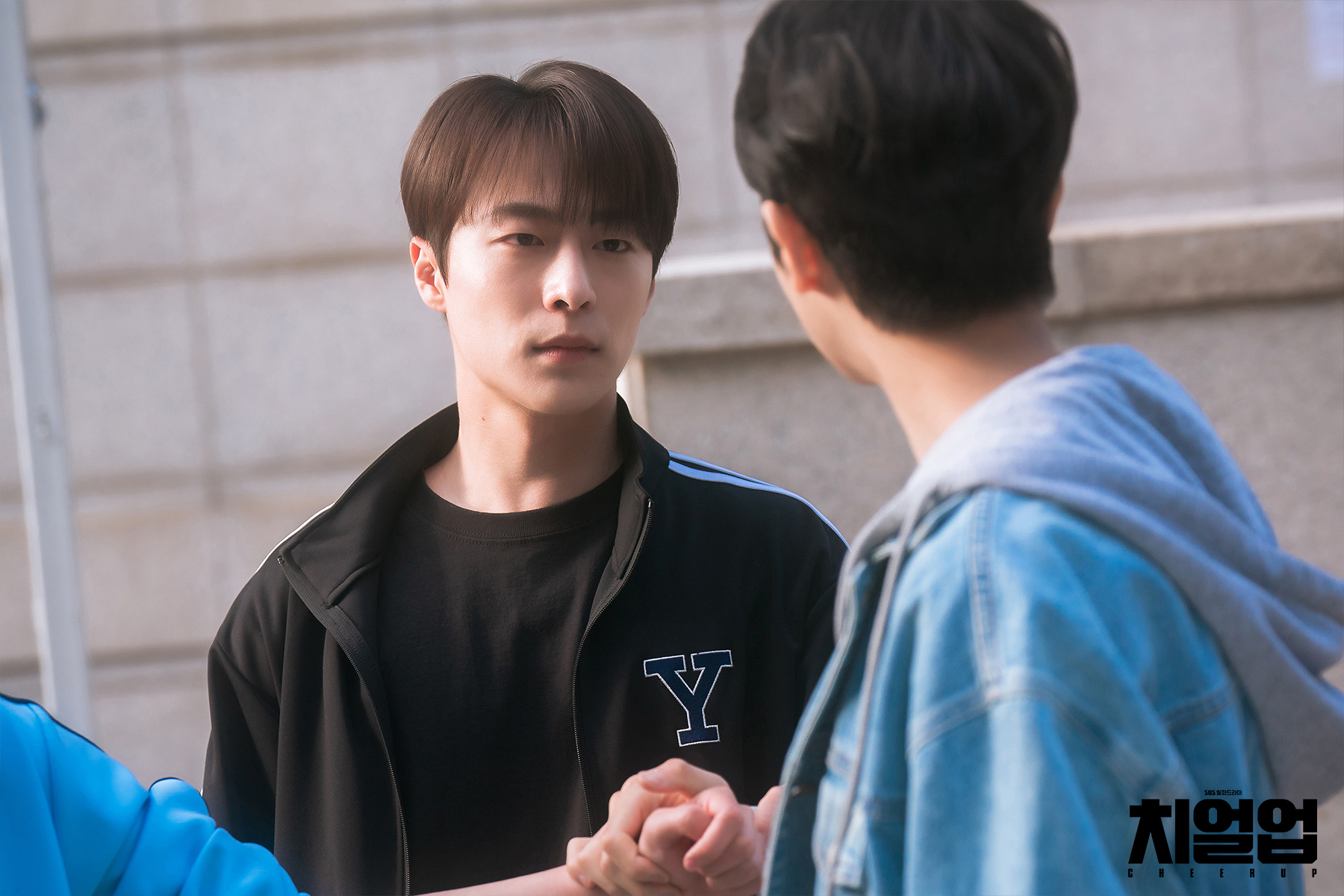 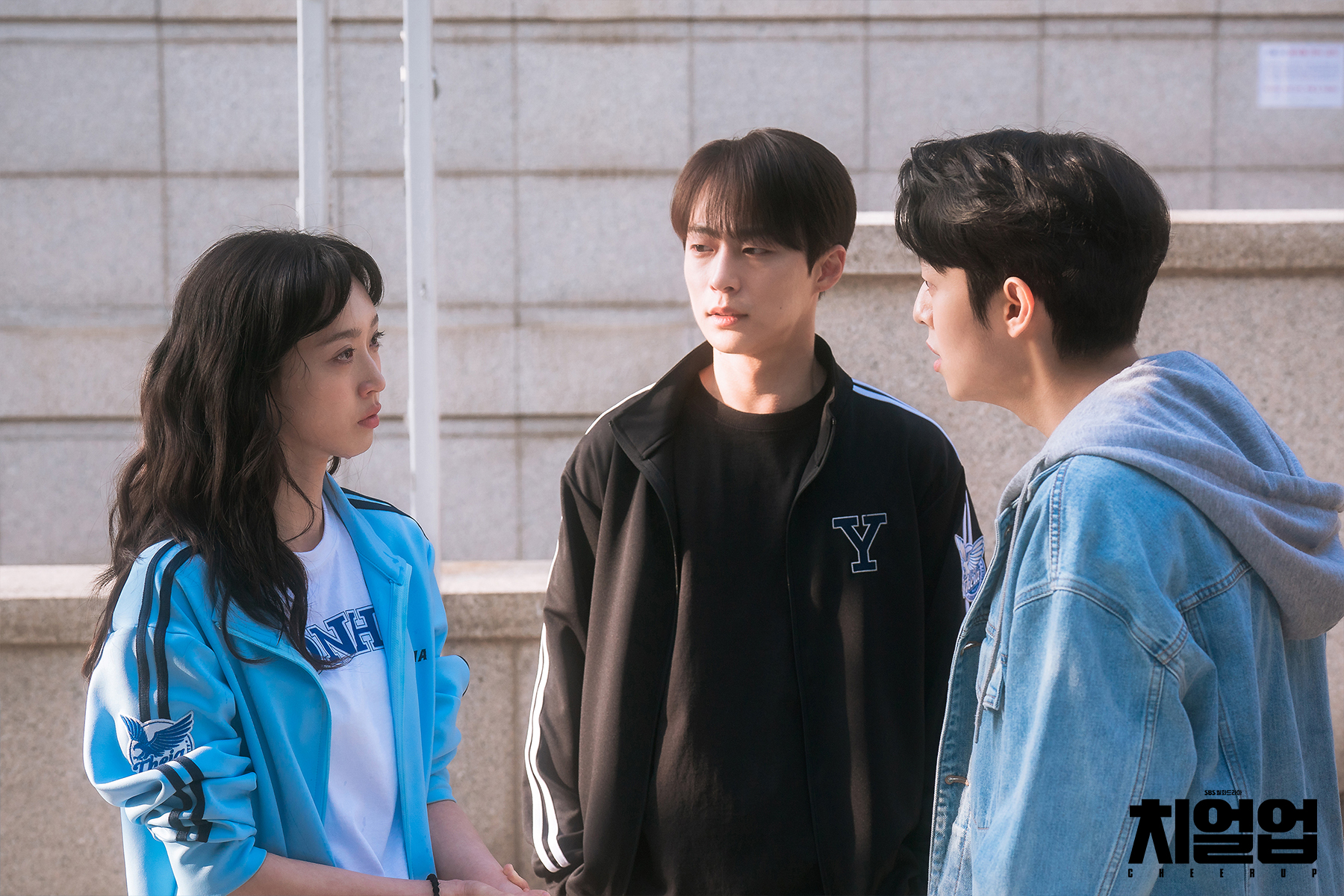 The producers of “Cheer Up” teased, “With this incident as a turning point, the relationship between Han Ji Hyun and Bae In Hyuk will start progressing quickly. Please look forward to Bae In Hyuk’s performance as he steps up as Han Ji Hyun’s knight in shining armor, as well as their two characters gradually growing closer as they go about their lives on campus.”

In the meantime, watch the first episode of the drama with subtitles below!

LOONA’s Chuu Opens Up About Her Unhealthy Stress Relief Methods, Pressures To Maintain Her Bright Image, And More

LOONA’s Chuu Opens Up About Her Unhealthy Stress Relief Methods, Pressures To Maintain Her Bright Image, And More