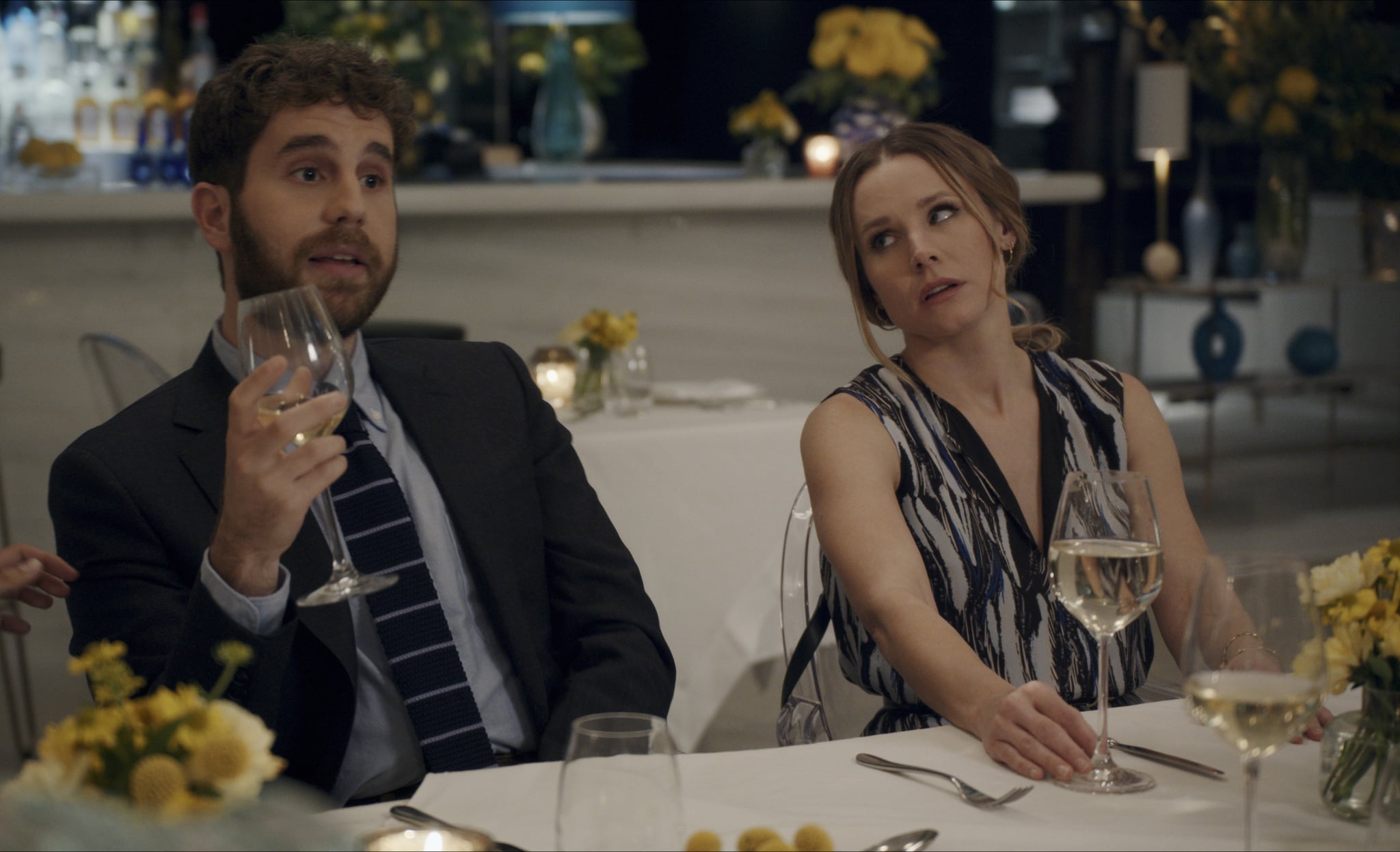 There’s a major reason why Ben Platt signed on to Prime Video’s “The People We Hate at the Wedding.” “I was really hungry to play a queer character and, specifically, a gay character and to get to play something very close to my own experience and my own age and my own demographic,” he tells POPSUGAR.

In the new comedy, Platt plays Paul, the youngest sibling of three. He and his sister Alice, played by Kristen Bell, are resentful they have to travel across the pond for the wedding of their seemingly perfect half-sister Eloise (“The Rings of Power”‘s Cynthia Addai-Robinson). Their mother, played by Alison Janney, just wants them all to come together, but Paul and Alice bring their baggage with them — with major consequences. The movie is based on the 2016 novel by Grant Ginder, with a screenplay from “Bob’s Burgers” writers Lizzie Molyneux-Logelin and Wendy Molyneux.

Platt first read the script in the midst of the pandemic. “It was in the middle of a time where I think all of us were craving some joy and some warmth and something to escape into,” he explains. “And I found that reading the script really felt that way; it was a much-needed breath of fresh air of something silly and ridiculous and also heartfelt. And I also just loved the character of Paul.”

Playing a gay character, he says, was “relieving.” “When you’re playing characters who aren’t queer, there’s, like, a whole toolbox that you have to keep a lid on as a queer actor,” he explains. “When we get to play queer characters, you could burst it open and just use all of those instincts, and that tone of humor, and the connections that we feel to those relationships. And so I just felt really in my own skin getting to do that.”

Plus, he says, a lot of queer stories aren’t told by queer actors, and he’s grateful to fight that trend. “But beyond that, I think there’s a lot of gay and queer stories that have a lot of trauma and depression attached to them, understandably so because this community’s dealt with a lot of that over the years,” he adds. “It’s so wonderful to see a queer story that the queerness is not inherently the subject matter. It’s just . . . part of the narrative and the tapestry of the characters, and [it] just happens to be that one of the members of this family is a queer person and his relationship is a queer relationship.” The movie handles that relationship with “a lot of humor,” but the relationship itself is never the joke. He adds that director Claire Scanlon was really good at listening to Platt and Karan Soni, who plays his boyfriend, so they could bring “authenticity” to the relationship but also humor while still making sure everyone felt “super safe” during the more risqué scenes.

The topic of the movie — weddings — is pretty timely for Platt, who just turned 29, as well. “I’m in that zone right now where all my friends are getting engaged and getting married,” he says. “And I’m sort of in that age group, particularly because I’m a Jew.” He adds, “It makes you feel like an adult in a really scary way.” Some of his friends are getting ready to head down the aisle right now, like his best friend, Beanie Feldstein.

“I’m just thrilled that you know that a lot of people are finding the lids to their pots,” he says. “I also have my partner, Noah, who I really love,” he adds of boyfriend Noah Galvin. “Someday we’ll probably do that, too.”

“The People We Hate at the Wedding” streams Nov. 18 on Prime Video.