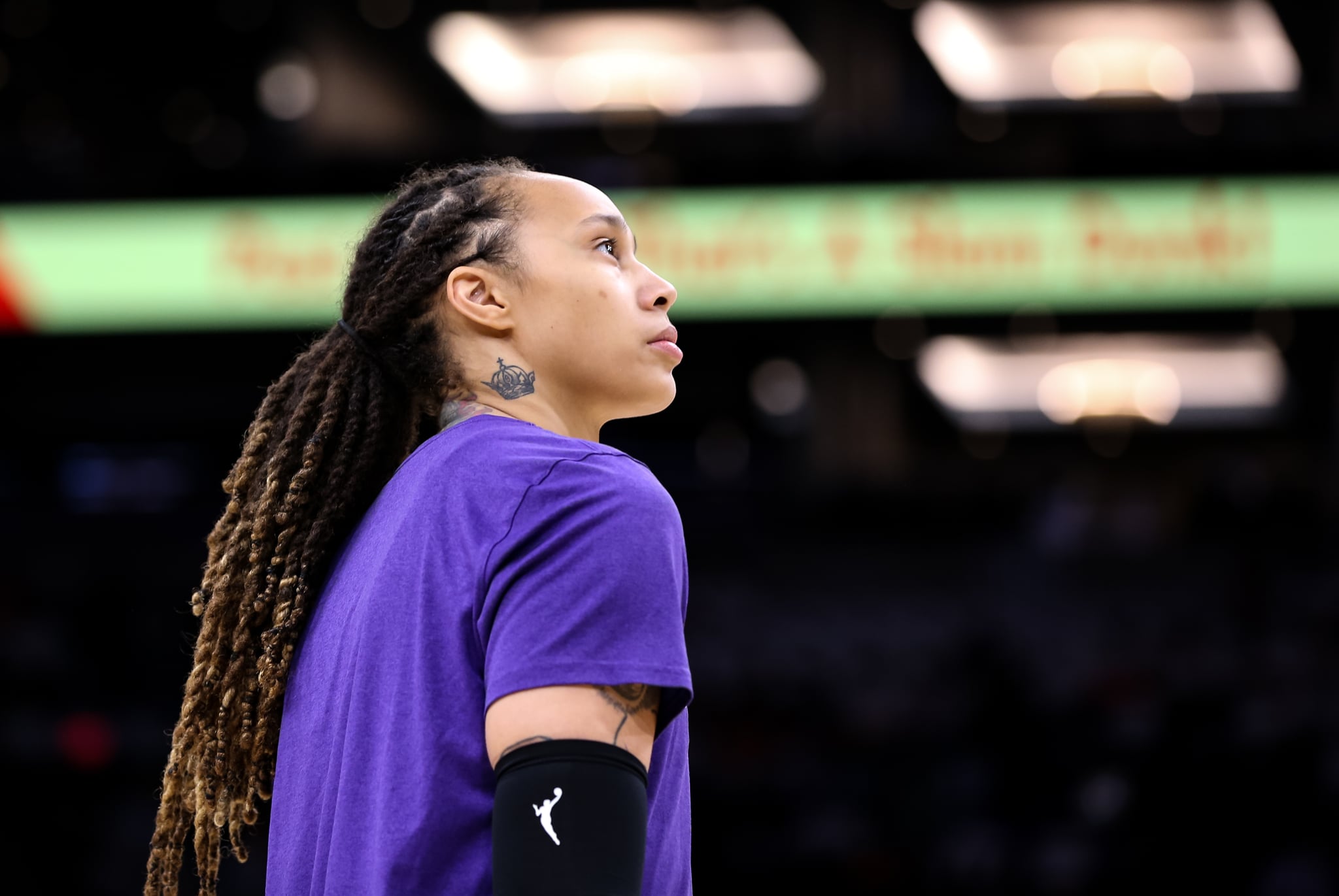 On Aug. 4, American WNBA player Brittney Griner was sentenced to nine years in prison by a Russian court for smuggling drugs into the country. Today, she was officially scheduled for an appeal hearing; Griner will fight her sentence on Monday, Oct. 25, according to the Associated Press.

Griner, a two-time gold medalist and player for the Phoenix Mercury, was found guilty of drug smuggling with criminal intent after Russian authorities found cannabis vape canisters in her luggage when she arrived at Sheremetyevo Airport in Moscow in mid-February. She’s been detained in Russia ever since. Griner testified that she packed the vape cartridges accidentally and that she had no criminal intent, according to the AP. After the conviction, her lawyers argued that the punishment was excessive, considering the maximum sentence for the charge is 10 years, and similar cases have resulted in average sentences of about five years with the possibility of parole.

Now, the Russian court has signaled that they will hear her appeal later this month.

About a week after she was sentenced, Russia confirmed they were in prisoner swap negotiations with the United States. President Biden reportedly offered convicted Russian arms trafficker Viktor Bout (currently serving out a 25-year sentence in the United States) in exchange for Griner and American Paul Whelan, who’s also imprisoned in Russia, according to CNN. However, the talks have reportedly been unproductive, and nearly two months later, Griner is still detained in Russia.

On Aug. 4, President Joe Biden released a statement regarding Griner’s sentencing: “Russia is wrongfully detaining Brittney. It’s unacceptable, and I call on Russia to release her immediately so she can be with her wife, loved ones, friends, and teammates. My administration will continue to work tirelessly and pursue every possible avenue to bring Brittney and Paul Whelan home safely as soon as possible.”

Here’s everything we know about the situation, how Griner ended up in Russia, and when she’s expected to be released.

Why Was Brittney Griner in Russia?

Griner flew to Russia to play on the UMMC Ekaterinburg team. The 31-year-old has been a member of the Russian basketball team for several WNBA off-seasons. But this particular trip came at a tense time; Griner was detained shortly before Russia invaded Ukraine. The US State Department had issued a “Do Not Travel” advisory weeks earlier, citing the ongoing tension.

The two-time Olympian might have chosen to play overseas during this off-season for many different reasons — including to earn some extra cash. WNBA players typically earn between $60,000 and $229,000, while NBA players can earn upwards of $40 million. According to an Associated Press report, “[a]lmost half of the WNBA’s 144 players” went overseas during the 2022 off-season, with high-ranking athletes earning more than $1 million. WNBA athlete Liz Cambage said on “NBA Today” that she is able to earn “five to eight times more” by playing overseas.

Why Was Brittney Griner Detained?

In her first court appearance, Griner was accused of transporting a “significant amount” of cannabis oil, per The Washington Post. The charges allege that, before traveling to Russia in February, Griner “bought two cartridges for personal use, which contained 0.252 grams and 0.45 grams of hash oil,” as reported by Russian state news agency TASS. In her July 7 hearing, Griner told the court that she did not purposely break the law. “I’d like to plead guilty, your honor. But there was no intent. I didn’t want to break the law,” Griner said, per Reuters. Griner’s lawyers also told Russian judges in another hearing that the cannabis was prescribed for medicinal use for “severe chronic pain,” according to CNN.

“We continue to insist that, by indiscretion, in a hurry, she packed her suitcase and did not pay attention to the fact that substances allowed for use in the United States ended up in this suitcase and arrived in the Russian Federation,” her attorney Alexander Boykov stated, per CNN.

On June 27, Griner opened up about her initial detainment at the airport. She testified that she was forced to sign documents without understanding what they said, according to CNN. Griner said that she was not read her rights and that she tried to use Google Translate on her phone to understand the documents but “barely knew what was in them,” per CNN. After the first round of paperwork, Griner said she was later taken to another room, her phone was taken away, and she was forced to sign even more confusing documents with no explanation. Griner said no attorney was present, according to CNN.

When Will Brittney Griner Be Released?

Even though Griner has received a guilty verdict and sentencing, a prisoner swap still could take place. In 2020, for instance, a Russian court similarly sentenced US Marine Trevor R. Reed to nine years in prison, but he was later exchanged in a swap between Russia and the US, The New York Times reported. But as of now, Griner’s release date is still to be determined.

The situation has sparked outrage among her family, fellow players, fans, human-rights organizations, and more. The #FreeBrittneyGriner movement has emerged on social media. And on June 22, several groups, including the National Organization For Women, the Human Rights Campaign, the National Urban League, and the National Action Network, banded together to send a letter to Biden and Vice President Kamala Harris, per The New York Times. The letter urged the administration “to make a deal to get Brittney back home to America immediately and safely.”

Griner also previously pleaded to the president directly in a handwritten letter. She expressed that she was “terrified I might be here forever,” per CNN. “I realize you are dealing with so much, but please don’t forget about me and the other American Detainees,” Griner went on to say. “Please do all you can to bring us home.”

Griner’s initial detention came at the same time as US sanctions against Russia following its invasion of Ukraine. At the beginning of Griner’s detention, Texas Congressman Joaquin Castro deemed Russia’s decision to detain the athlete to be a political move, tweeting, “I’m closely monitoring reports of Texan @brittneygriner‘s detention in Russia. This follows a pattern of Russia wrongly detaining & imprisoning US citizens . . . US citizens are not political pawns.”

What Is Hash Oil?

Hash oil is extracted from cannabis, an illegal substance in Russia. Under Article 228 of the Russian Criminal Code, someone who commits an offense related to the “illegal acquisition, storage, transportation, making or processing of narcotic drugs, psychotropic substances or analogues thereof” could face up to 10 years in prison.

Oprah Winfrey Reveals She Had 2 Knee Surgeries in 2021

High Levels of BPA Were Found In Sports Bras

Why Over-the-Counter Hearing Aids Are a Big Deal

Oprah Winfrey Reveals She Had 2 Knee Surgeries in 2021

High Levels of BPA Were Found In Sports Bras

Why Over-the-Counter Hearing Aids Are a Big Deal