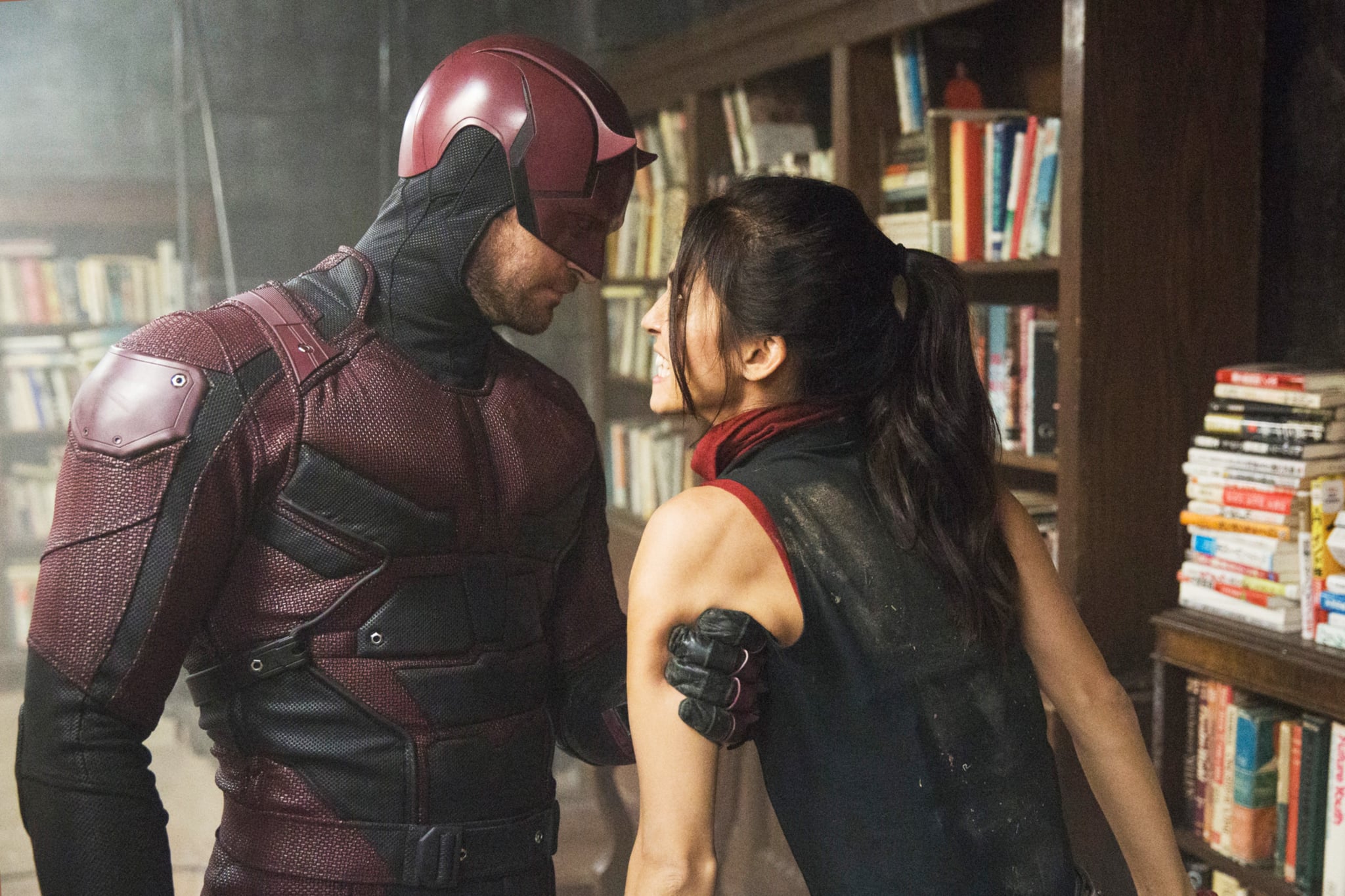 The man without fear is back! Fans have known for months that Daredevil, aka Matt Murdock, would be entering the MCU and that Charlie Cox, who played the character in the Netflix “Daredevil” series, would be reprising the role. Cox already made one brief cameo as the character in “Spider-Man: No Way Home,” but he made his biggest entrance yet into the MCU in “She-Hulk” episode eight. The character’s appearance in the the new series was first teased in a trailer back in July, and then again with an Easter egg in episode five.

During the fifth episode, which aired Sept. 15 on Disney+, Jennifer Walters, aka She-Hulk (Tatiana Maslany), goes to try on her new suits, made by superhero fashion expert Luke Jacobson (Griffin Matthews). Luke was hesitant to work with her since she’s not quite an A-list hero yet, but was moved by her specific plight: She-Hulk is so big, and Jennifer is so small. As Jennifer takes her garment bags into the dressing room, Luke complains that one of his employees left a hat box out in the open, uncovered. The contents of that hat box? A gold helmet, clearly meant for Daredevil. His yellow and red suit for “She-Hulk” is quite different from the broody, black-and-red version that viewers were used to in the “Daredevil” series. Here’s what happens once the man himself appears.

In episode eight, Jennifer takes on a new client, Leap-Frog, aka Eugene Patilio (Brandon Stanley), because his father is a major client of her law firm. Eugene is suing Luke, claiming he made him a defective suit that caught on fire. Luke’s legal representation? Matt Murdock. Eugene loses quickly when Matt smells the jet fuel on his suit, which goes against the manufacturer’s instructions. Jennifer and Matt meet at a bar later to talk about their jobs (and heavily flirt), and Matt reveals that he still has a law firm in New York’s Hell’s Kitchen neighborhood where he mostly does pro bono work, taking on larger clients to pay the bills. He also urges Jen to not be afraid of being a hero. Then he leaves on urgent business.

Meanwhile, Jen gets a call from Eugene, who says he’s being chased down. Jennifer runs to help him, only to find that he’s being chased by Daredevil. Daredevil and She-Hulk fight as Eugene gets away. She unmasks Daredevil and reveals Matt, who tells her that Eugene is actually the bad guy and he’s kidnapped Luke. The pair team up to save him.

Daredevil tries to act a bit like She-Hulk’s mentor during the rescue, since she’s literally never saved people before, but they have very different styles. Daredevil is all stealth, while She-Hulk is raw power. Still, after the day is successfully saved, they have time to hook up at Jen’s house before Matt heads back to New York.

Cox talked to Variety at D23 on Sept. 10 about how the character’s appearance in “She-Hulk” made him put a more lighthearted twist on the character to match the series’s energy. “What was fun about being in ‘She-Hulk’ for this one episode is . . . obviously the tone of this show is radically different, and in order for it to be appropriate for me to be in that show, I had to adapt a little bit my Matt Murdock so he was in a place in his life where he’s having fun,” he explained. “Where life is good and he’s a bit cheeky and a bit flirty and it’s tonally slightly different. It was a bit of an experiment, but it was really enjoyable, and I really had a good time, and the chemistry I had with Tatiana was amazing. So, if they do lighten the tone a little bit, I’m not afraid of that.”

Daredevil in the MCU

Cox will return as Daredevil full-time in the upcoming “Daredevil: Born Again” Disney+ series alongside Vincent D’Onofrio as Kingpin. It’s not clear yet if any other actors and characters from the original Netflix series will return. The new series is scheduled for spring 2024.