Harry Styles has been making waves since he left his gay old days of being in a boy band behind him. When he’s not setting trends with his jaw-dropping outfits, he’s making the most outrageous headlines. The ones that really stand out like to focus on his sexual orientation.

In 2010, a group of fresh-faced teenage boys sang their hearts out on a British talent show. Simon Cowell, master judge of talent, saw them in their raw form and decided they had the X factor. He took them under his wings and turned them into pop sensation One Direction.

The group was practically the second coming of The Beatles before their messy 2016 breakup. Styles went on to enjoy massive success and even started dating Olivia Wilde, the hottie from House. Their recent split, however, has fans speculating all over again about which way the “Watermelon Sugar” singer swings. 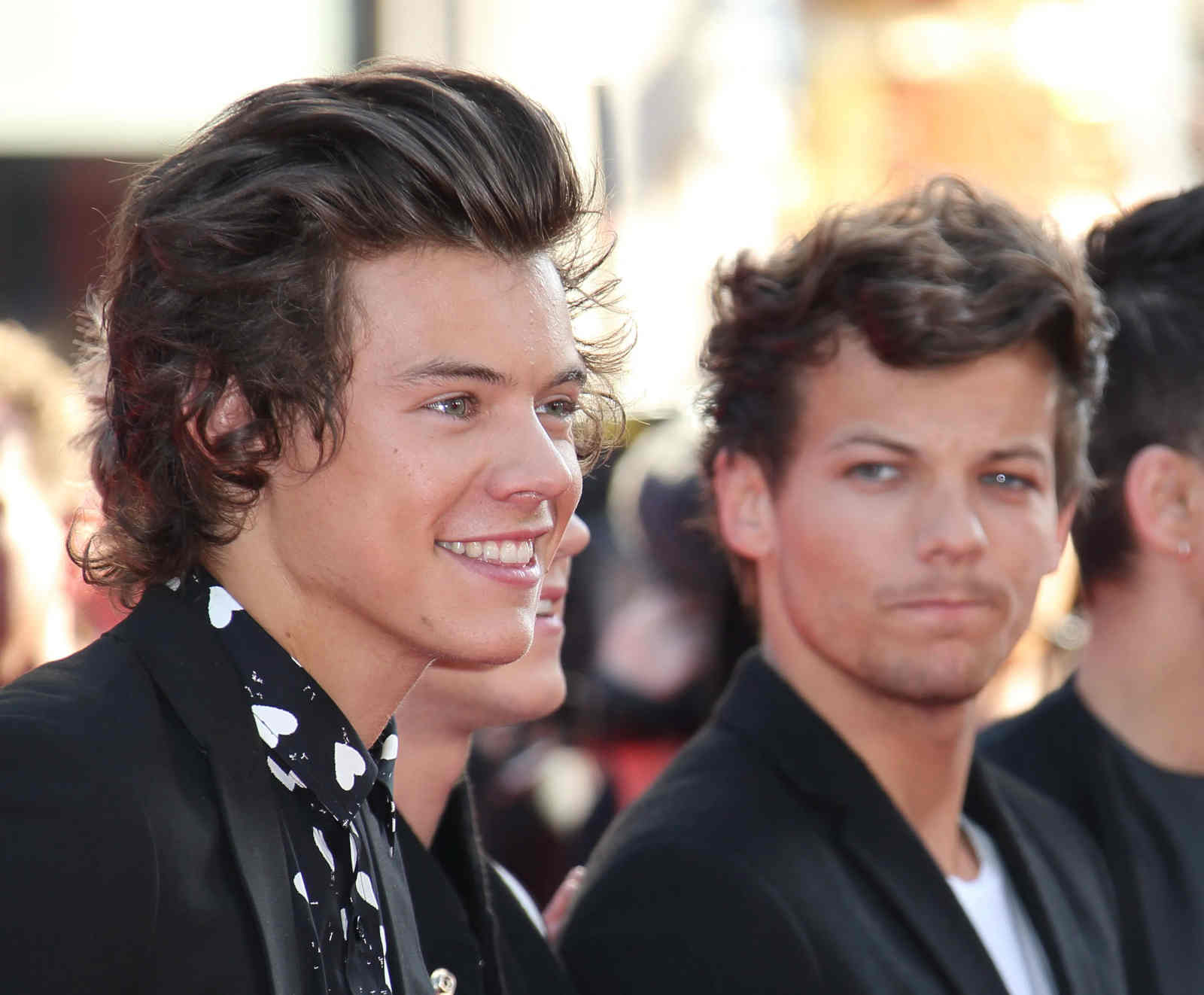 One Direction was known for many things: great performances, silly interviews, and secret feuds. They were also known for the ridiculous amounts of fanfiction they inspire their fans to write about them. Some fans liked to fantasize about hooking up with their favorite member, which in turn inspired the After series on Netflix.

Other fans preferred picturing them with each other. Something about the members’ chemistry with each other really got these thirsty fans going. They didn’t care whether or not Harry Styles was gay, they just thought he was secretly in a relationship with Louis Tomlinson.

In fact, the ship was so prevalent in the real-person fiction – RPF – community that it had a name: Larry. The people who shipped them? Larries. Okay, that part didn’t require much imagination. What did need all of it was the mountain of fanfiction & fanart depicting them in various states of very, very intimate. 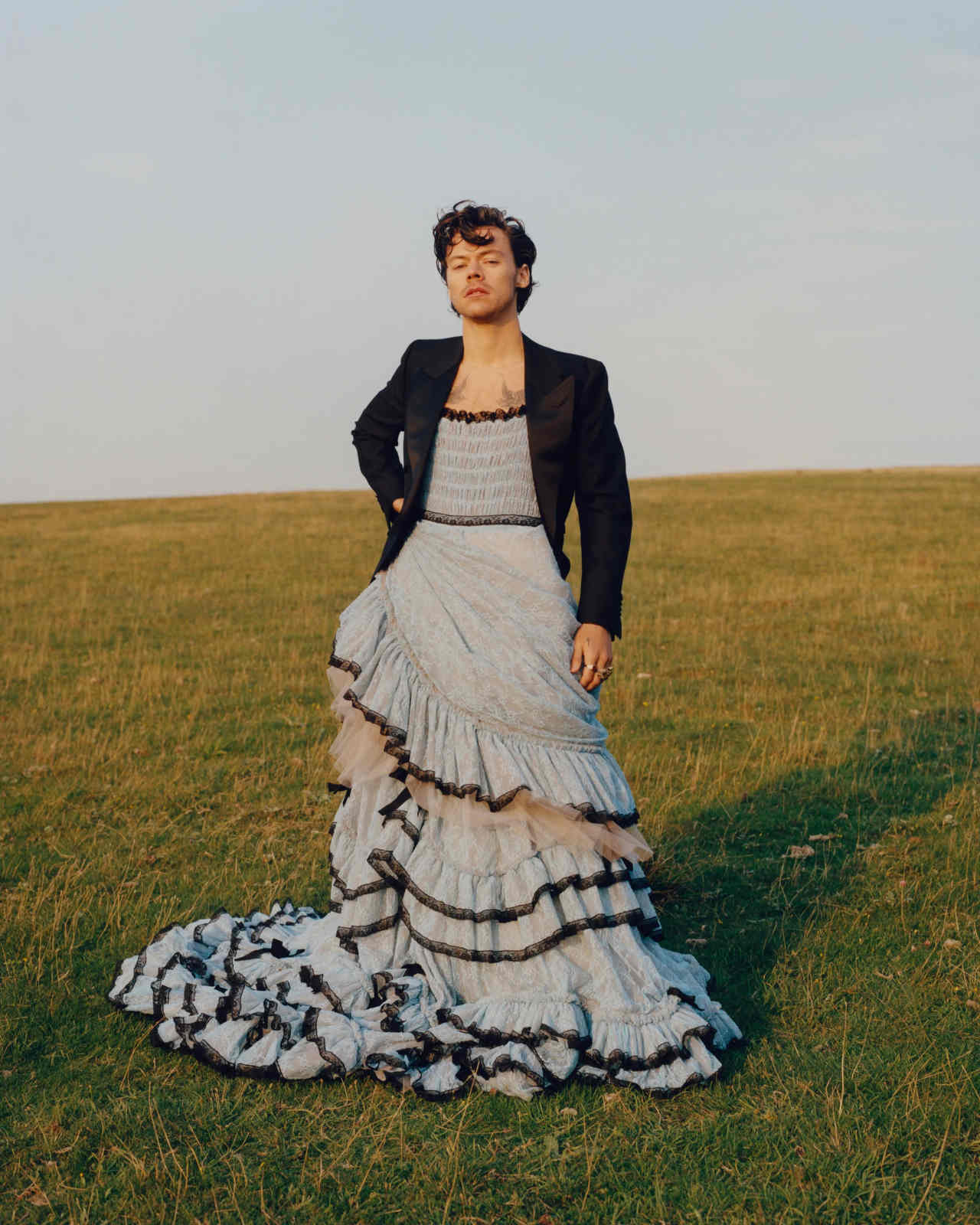 Harry Styles’ colorful sense of style has been the most significant driving force behind people wondering if he’s gay. He’s not afraid to rock a classy pearl necklace or go all out with a giant pink fur coat. He doesn’t care about those pesky gender rules and neither should you!

Styles said of his style, “I’ll put on something that feels really flamboyant, and I don’t feel crazy wearing it.” Contrary to popular belief, he’s not the only one breaking all the rules. His passion for living outside the box actually just puts him in a privileged patheon of rule-breakers.

Billy Porter literally had jaws on the floor when his legendary Christian Serano red carpet look in 2019. Who can forget Kid Cudi’s SNL performance where he rocked a cute floral-printed dress? Lil Nas X & Jaden have been similarly inspired to follow the beat of their own skirt-wearing drums. 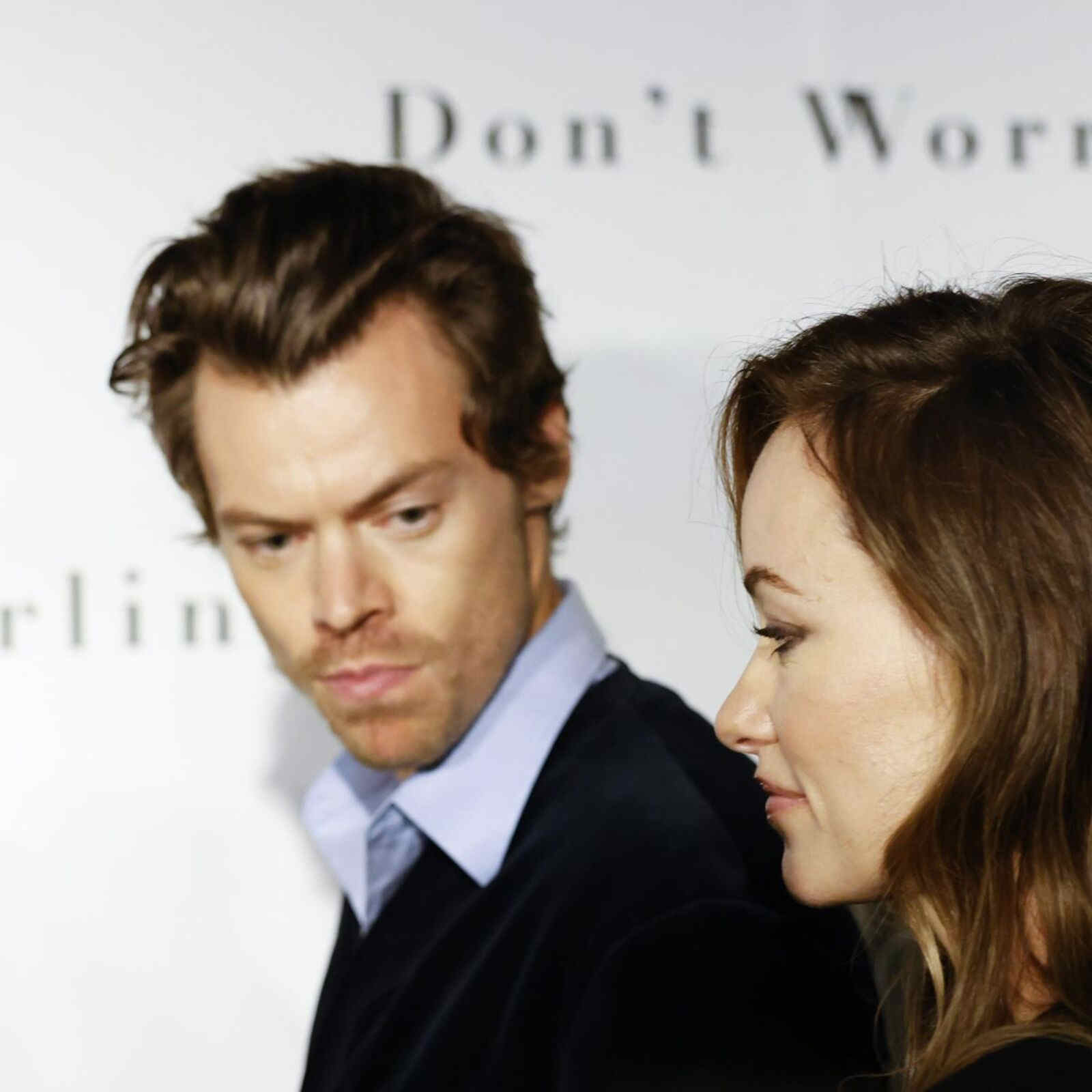 Olivia Wilde has also been the center of controversy around her film Don’t Worry Darling. The director’s troubles started when allegations of her feuding with lead actress Florence Pugh first hit the celeb blogs. Once the drama hit Twitter, things really started getting whacky.

Whether or not Harry Styles is gay was suddenly on the back burner. If people weren’t speculating that his role in the film caused issues, they were laughing at his incoherent interviews. If that wasn’t enough to get them talking, rumors started spreading that he spit on co-star Chris Pine.

The industry was abuzz as more & more tongues started wagging over these juicy pieces of gossip. Before you know it, Wilde & Styles had split and the internet had turned its virtual on their favorite medical drama crush. The only thing left to do was back to trying to figure out Styles’ dating preferences. 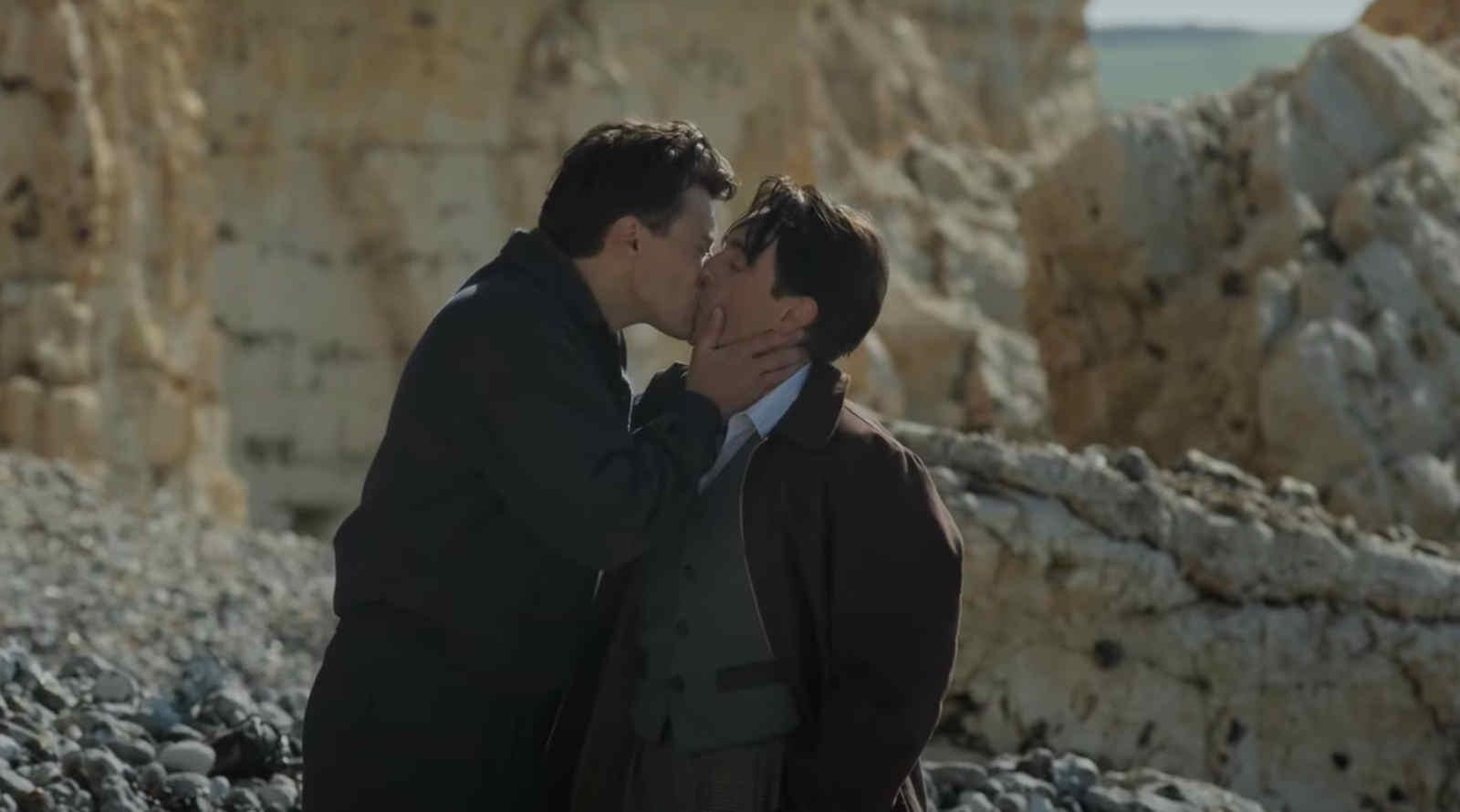 Harry Styles’ latest film explores the dangers of being gay in 1950s Britain. His character, Tom Burgess, finds himself exploring his sexuality and attraction to other men. After falling in love with a handsome museum curator, the two start a dangerous love affair.

Playing queer characters is the fastest way to get people wondering about an actor’s sexuality. For post-breakup Styles, it has only compounded the rumors. The more he tries to be neutral about it, the more he’s accused of queerbaiting his queer fans for clout.

Styles is many things. He’s a heartthrob. He’s not afraid to go against the grain. He’s a national treasure, at least according to Tumblr. The gender of who he prefers dating or sleeping with is unknown. Whatever it is, he wants their belly and that “summer feelin”. . . whatever tf that means.

Do you think Harry Styles is gay, straight, bisexual, or something else? Why do you think he broke up with Olivia Wilde? Who do you think he’ll start dating next? Do you think it’s nobody else’s business but his own? Let us know your thoughts in the comments below!

7 Awesome Features of Online Casinos That You Didn’t Knew

How To Sign Up And Use The Fun888 Login

7 Awesome Features of Online Casinos That You Didn’t Knew

How To Sign Up And Use The Fun888 Login