The Hollywood It Girl comes & goes. If she’s lucky, she shows up just enough to make a splash without getting on people’s nerves. If she’s even luckier, she sticks around for the long game and finds a way to transform with the times. Emily Blunt was *that* girl turning heads with her movies since the early 2000s.

Blunt has been an industry staple since her debut in the pop culture classic The Devil Wears Prada. In it, she played Emily – the mean girl to Anne Hathaway’s ambitious sweetheart. Fans took one look at her sassy swag & hilarious one-liners and decided they couldn’t get enough of this British import.

However, has the sparkle of her career already started to wear off? Blunt’s newest project is a mish-mash of plotlines re-imagining the so-called founding of the American West. Blunt may be a powerhouse of an actress, but only time (and the awards season) will tell if she’s enough to save this series. 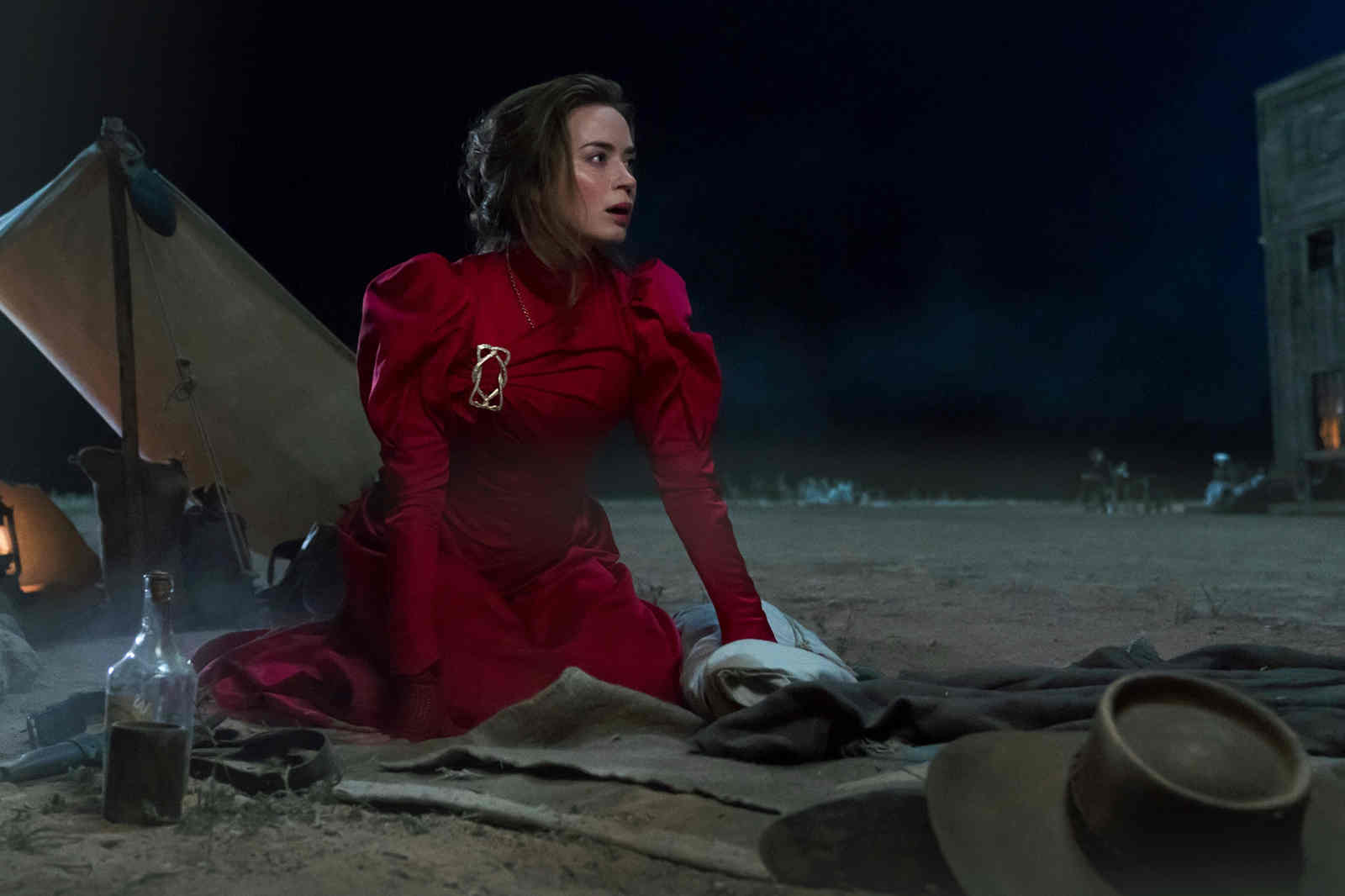 On November 10th, Hugo Blick’s The English premiered on Amazon Prime. The old-timey series tells the story of Sheriff Marshall (Stephen Rea) as he investigates a mysterious murder/suicide. It sounds like most Western movies that have come out in the last fifty years.

Like with her movies, Emily Blunt brings her all as Lady Cornelia Locke, a woman out for revenge. Blunt is a tour de force against the dusty backdrop of Powder River, WY. Locke finds a partnership with Sgt. Eli Whipp (Chaske Spencer) looking for the land promised to his people.

What The English lacks in coherent plot, it more than makes up for in visuals. Colors pop in clothing & set designs alike. It’s a strong reminder of why cinematographers receive just as many awards as directors or actors. All that glitters, though, is more about a shiny outside than a fulfilling inside. 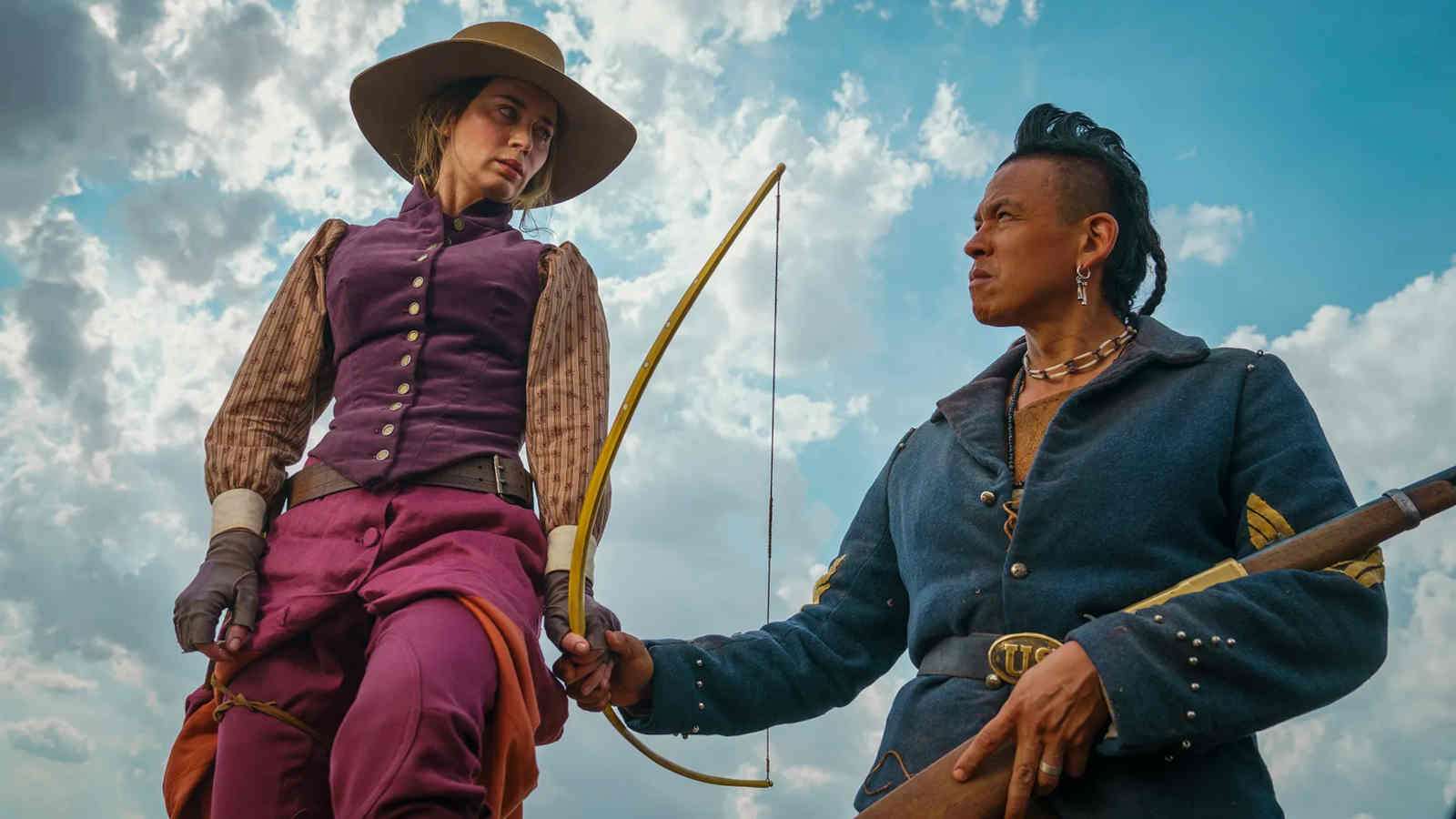 That being said, The English isn’t afraid to hold back from showing the violence of how the West was really won. Most Westerns are known for favoring the gun-toting victors. Emily Blunt likes to switch it up with movies and it seems that the same goes for her TV series as well.

While the victors are still present, the audience also gets to know who & what they were actually fighting. Ben Travers of IndieWire calls it “a bright red rebuttal” to the usual narrative around the American Land Rush of 1889. It’s a far cry from films like Dances With Wolves.

Sgt. Whipp is a stark reminder of the Indigenous people who were screwed out of their land. Representing the Pawnee Nation, Sgt. Whipp shows up in Powder River to lay claim to land owed to him for his service in the armed forces. Blunt & Spencer are fearless in their portrayals.

Type casting can be a hit or miss in the cutthroat acting industry. If you’re Sean Bean, it means your characters are always getting murdered. If you’re the iconic Jennifer Coolidge, it means you pick up big checks while playing characters popular among queer viewers.

Emily Blunt, on the other hand, was never satisfied with any one type of role and it shows in her movies. She’s shown audiences all over that she can pull off everything from funny to dramatic. After all, only a true artist could successfully play off the silent birth scene in A Quiet Place.

Blunt had big shoes to fill in the reimagining of Mary Poppins and she did it like her name was Cinderella. She wasn’t exactly Julie Andrews, but fans appreciated her not trying to be a copy. Blunt grabbed the role by the proverbial horns and made it all her own. 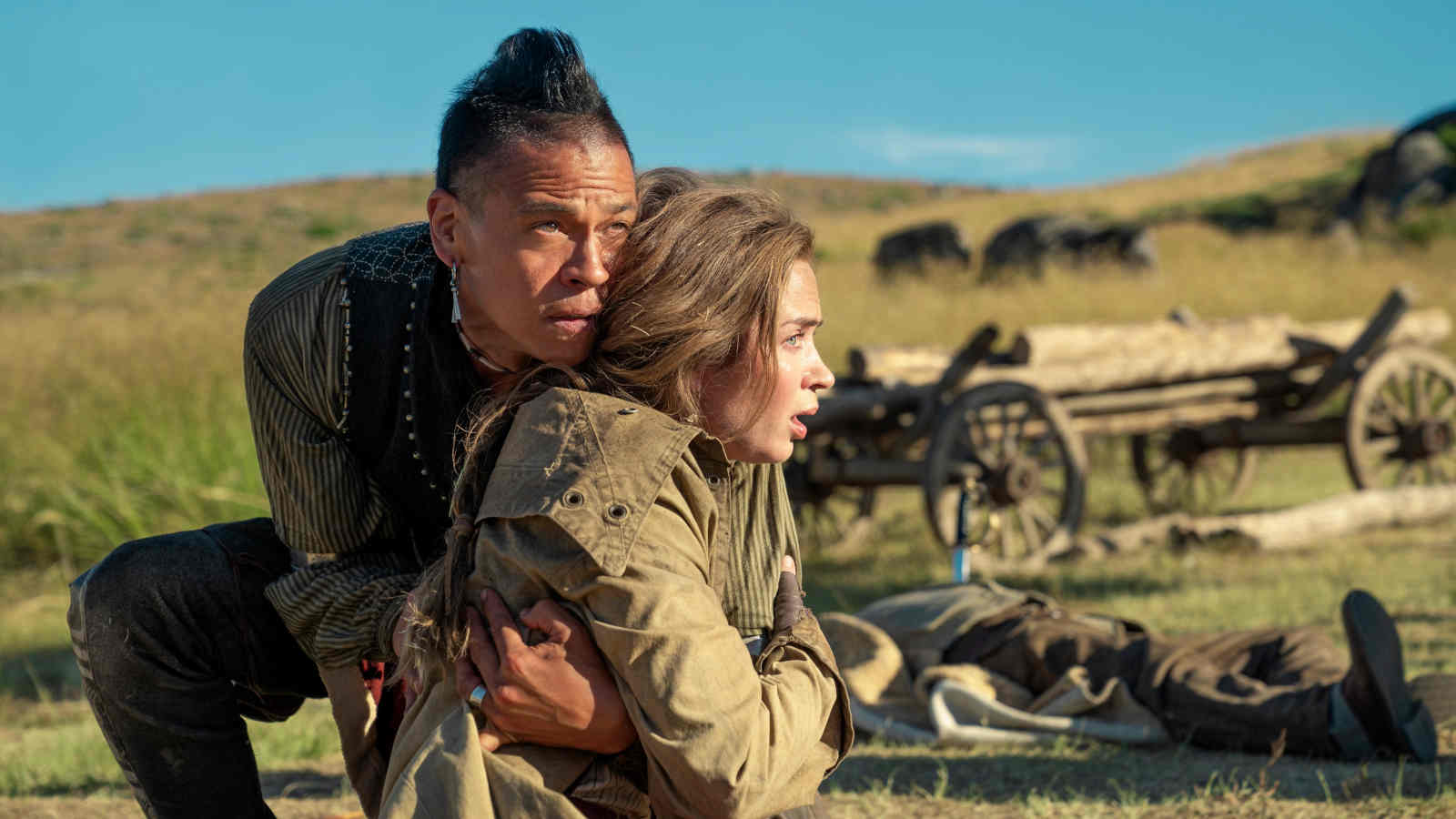 Emily Blunt has had a long, interesting career with movies ranging from Blockbuster hits to box office flops. It hasn’t always been a win for the thirty-nine-year-old actress. Her work in Jungle Cruise was fun, but let’s be honest. It was a little bit stale & forgettable.

Maybe her newest series is an attempt to mix things up. The big question: is it a desperate or timely one? The enemy of stagnation is change and the best cure for being typecast is a diverse acting portfolio. Blunt has made great role choices in the past and it’s paid off handsomely.

Blunt can make people laugh, cry, and even sympathize with unlikeable characters. She brings sincerity to every role she plays that makes them stand out. Her award shelf alone proves that she’s got what it takes to make anything work. The English may have given her more than she could handle.

Composer Émoi Discusses the Music of ‘The Accursed’

Composer Émoi Discusses the Music of ‘The Accursed’