If you want to see VERIVERY before they inevitably make it “very, very” big, the time is now.

For those in the know, VERIVERY has made a name for themselves over the past three years as one of K-pop’s most talented hidden gems—and they even have receipts.

This famously flawless dancing, with its clean angles and jaw-dropping synchronization, was on full display at the New York stop of VERIVERY’s “PAGE : O” tour, which will take them to 16 different cities across the United States and Latin America this fall.

But, unexpectedly, what made their concert at Times Square’s Sony Hall so special wasn’t the group’s undeniable talent—it was the impressive level of attention VERIVERY paid their fans as they personally interacted with them throughout the entire evening.

Here’s just one example: at one point during the show, the group was about to move onto their next song when leader Dongheon suddenly brought things to a halt. The reason for the pause? Dongheon had spotted a fan in the crowd shouting, “Teach me how to dance!” 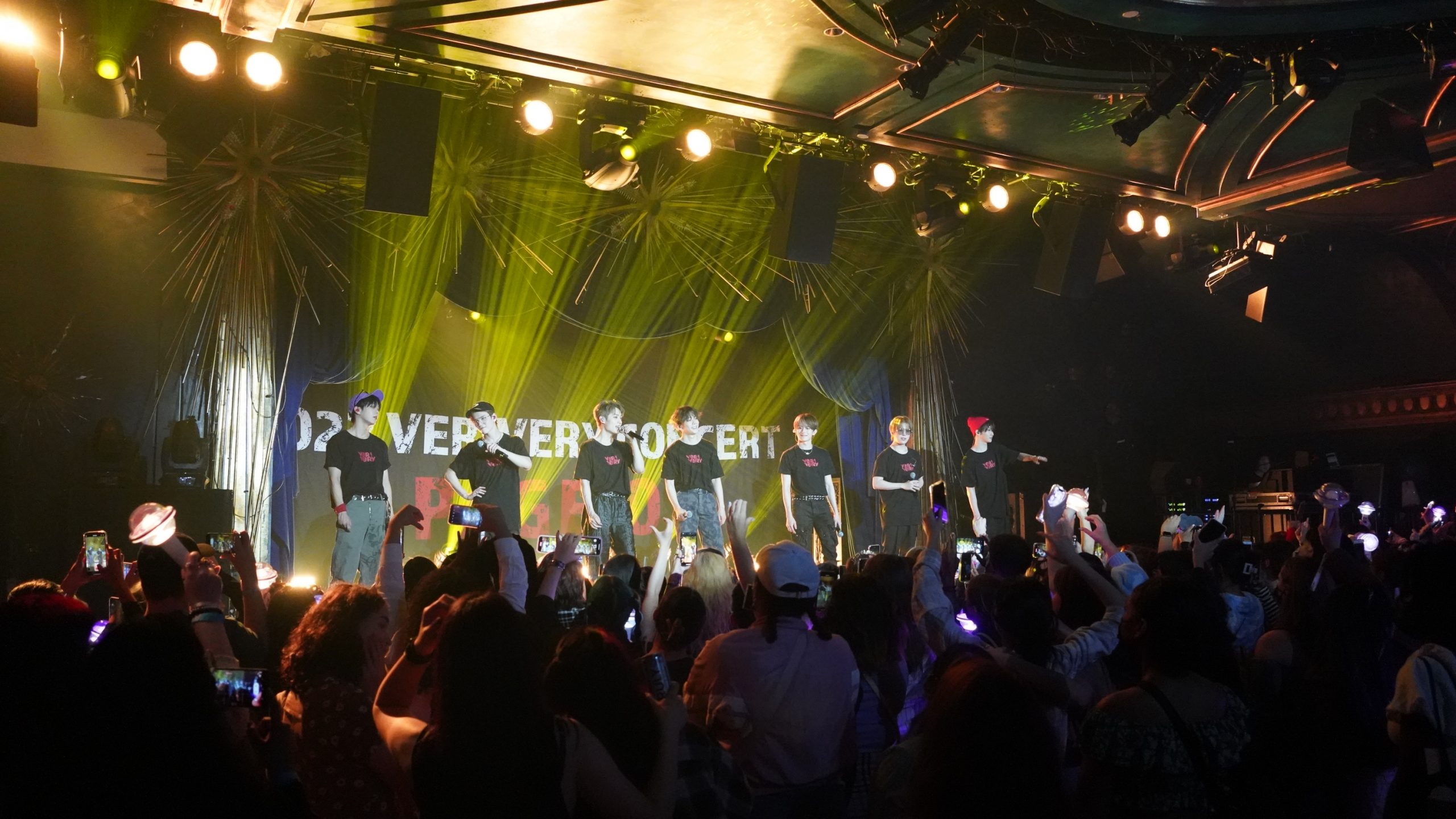 Instead of continuing with the concert as scheduled, VERIVERY spontaneously decided to give fans an impromptu dance lesson. Yongseung offered “tips” on how to grab everyone’s attention before setting the crowd on fire by busting a sultry move, after which VERIVERY instructed the fan who’d initially requested a lesson to copy his dancing.

That was far from the only time VERIVERY took notice of their fans during the evening. Later on in the night, when Yongseung shared that he’d written the lyrics to their emotional B-side “Fine” while in the United States last year, about not being able to complete their previous tour due to COVID-19, Gyehyeon walked over to the side of the stage to point out that he’d seen specific fans singing along to the song’s lyrics, even though they were in Korean. “I was touched,” said Gyehyeon.

At another point in the concert, Hoyoung noticed a fan in a party hat towards the back of the venue and asked if it was her birthday. (It wasn’t, but they still wound up serenading a nearby fan who was actually celebrating her birthday with the birthday song.) 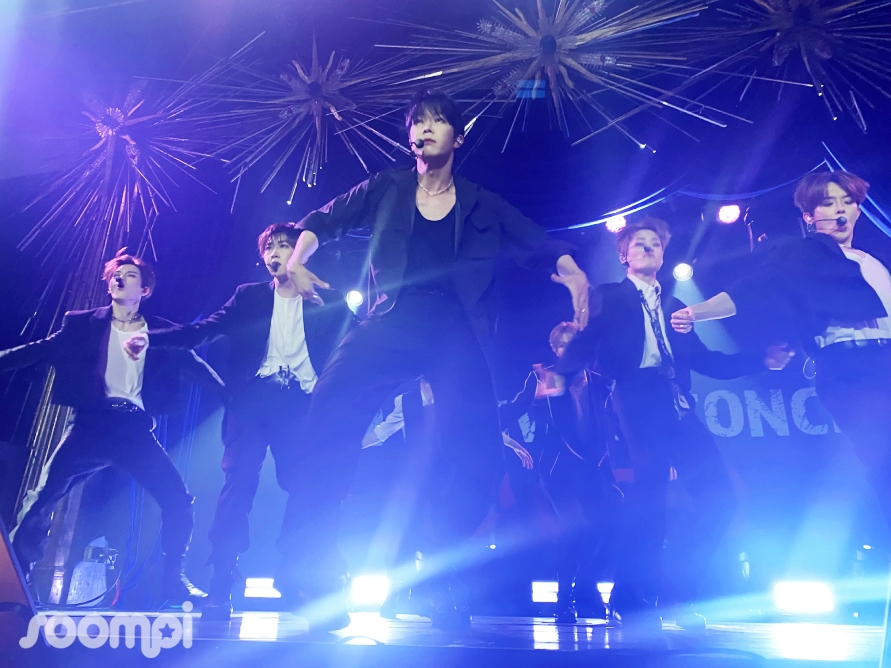 In contrast to the razor-sharp synchronization for which VERIVERY is mainly known, it was actually these kinds of spontaneous, spur-of-the-moment interactions that made the concert such an unforgettable night for those lucky enough to attend.

In between breathtaking, high-energy performances of powerful songs like “TRIGGER” and a rock version of “G.B.T.B.” (which earned the group their first No. 1 on Billboard’s World Digital Song Sales chart—and had the entire venue singing along in New York), the VERIVERY members unfailingly took time to run around the stage and jam with their fans, even jumping down into the crowd to get as close as possible to concertgoers in the front row. 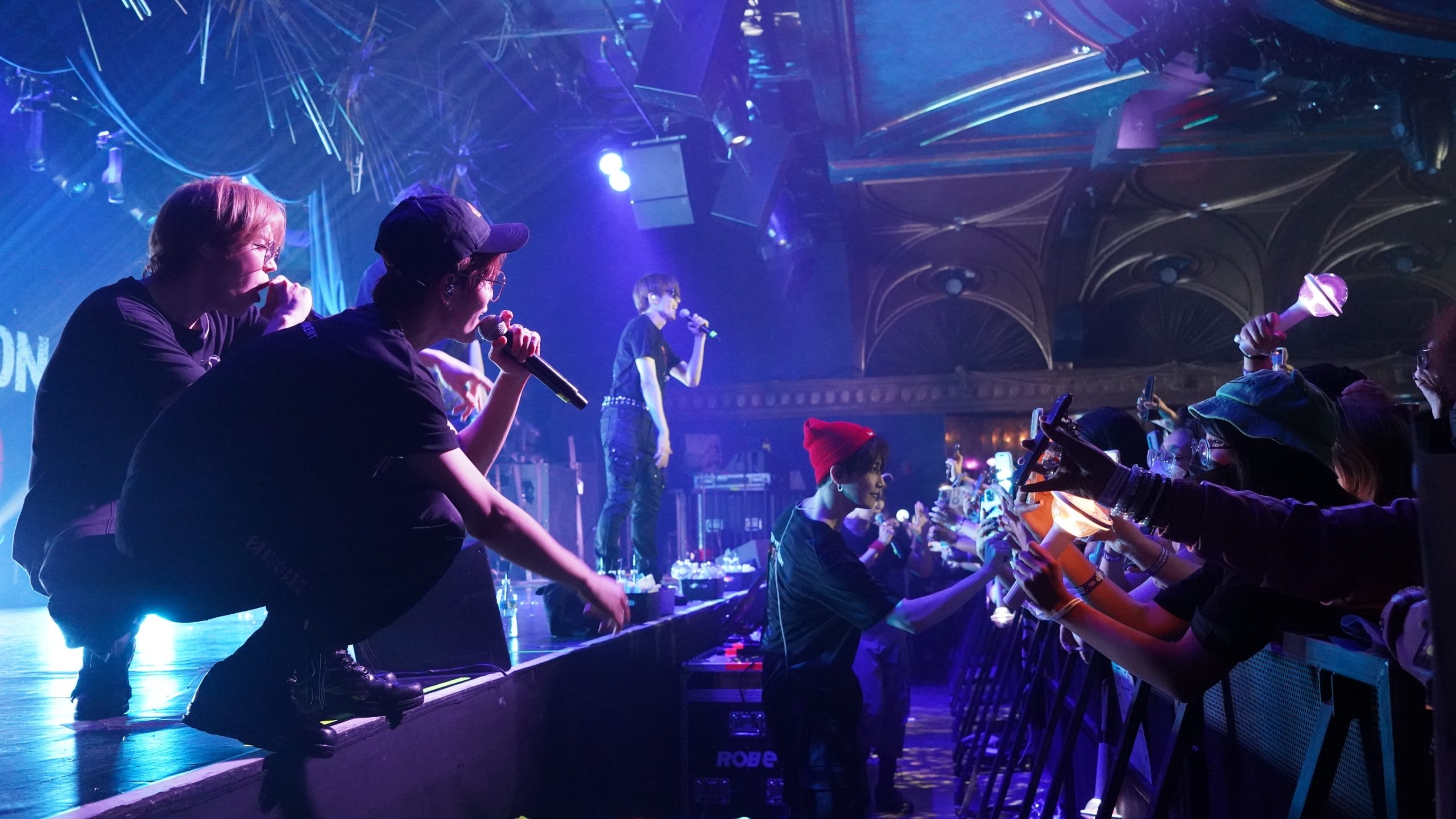 The concert’s diverse set list also highlighted VERIVERY’s versatility, with the group effortlessly switching back and forth between hard-hitting tracks and more fun, upbeat songs that allowed the members to show off their playful side. The idols charmed the crowd with their infectious energy during high-spirited performances of their unreleased self-composed song “Crack it!” and an English version of their debut track “Ring Ring Ring,” while their smooth, polished dancing skills took the spotlight during the fan-favorite hit “Lay Back.”

Outside of their own songs, VERIVERY split up into units to cover Wanna One’s “Kangaroo” and Why Don’t We’s “Love Back,” and they didn’t stop there. Yeonho delighted the crowd by unexpectedly bursting into song afterwards to sing a cappella snippets of Maroon 5’s “Sugar” and “Sunday Morning,” as well as Jason Mraz’s “I’m Yours.” At Hoyoung’s urging, Yongseung also serenaded their fans with One Direction’s “What Makes You Beautiful.”

In just a few hours, VERIVERY had managed to forge such a strong connection with the crowd that they almost seemed to be casually chatting with concertgoers. This connection turned emotional at the end of the night, when Minchan visibly teared up during their final song and Kangmin lamented, “I don’t want to go!” 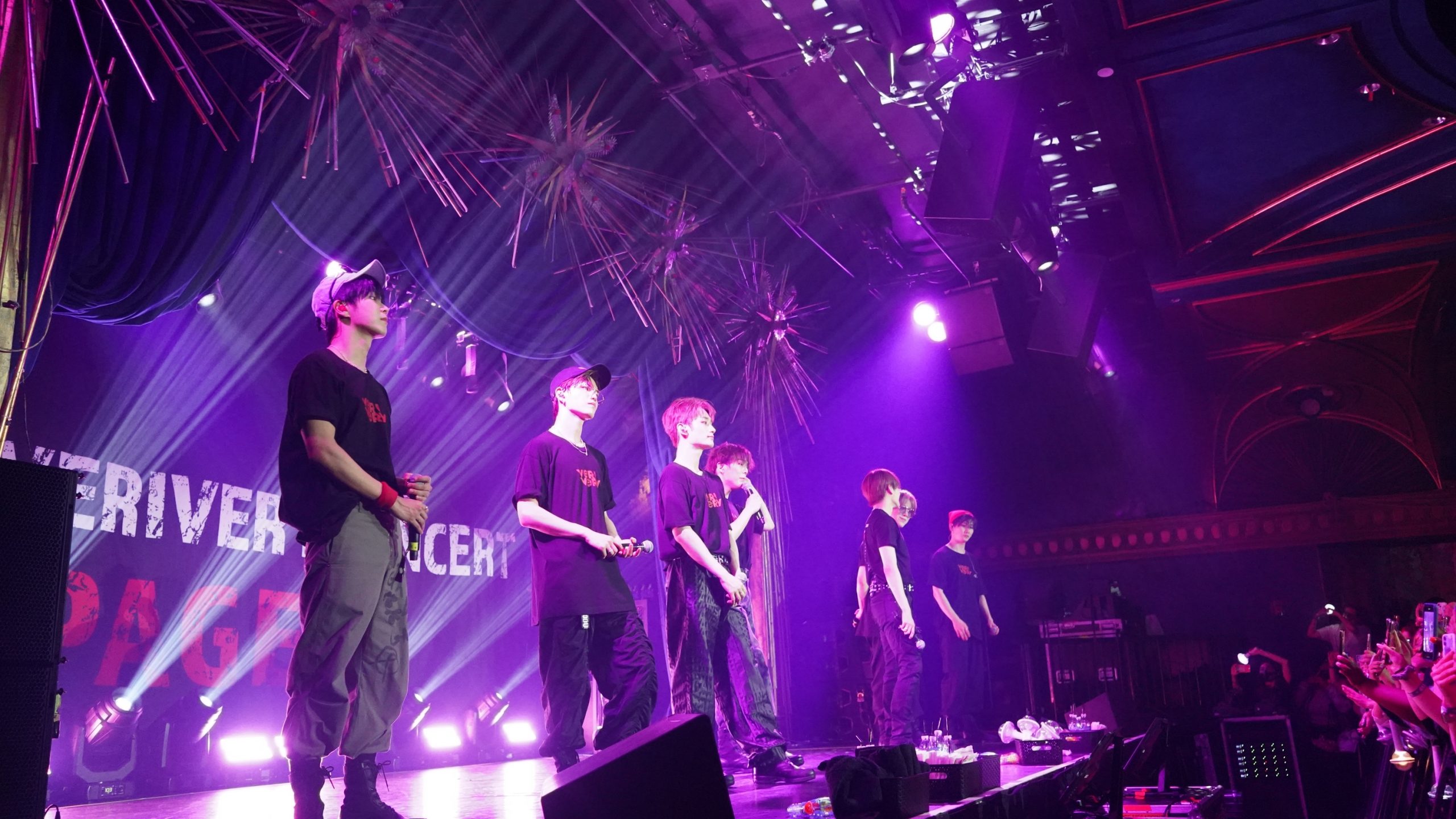 By nature, K-pop concerts can sometimes feel tightly scripted due to the intricately choreographed nature of their performances. But there was something personal and heartwarming about VERIVERY’s New York show and their interactions with their fans that was clearly unforced—and that may not have been possible in a larger venue.

With 12 stops of their ambitious U.S. and Latin American tour left to go, VERIVERY is certain to charm their way into 12 more cities’ hearts on their road to stardom. 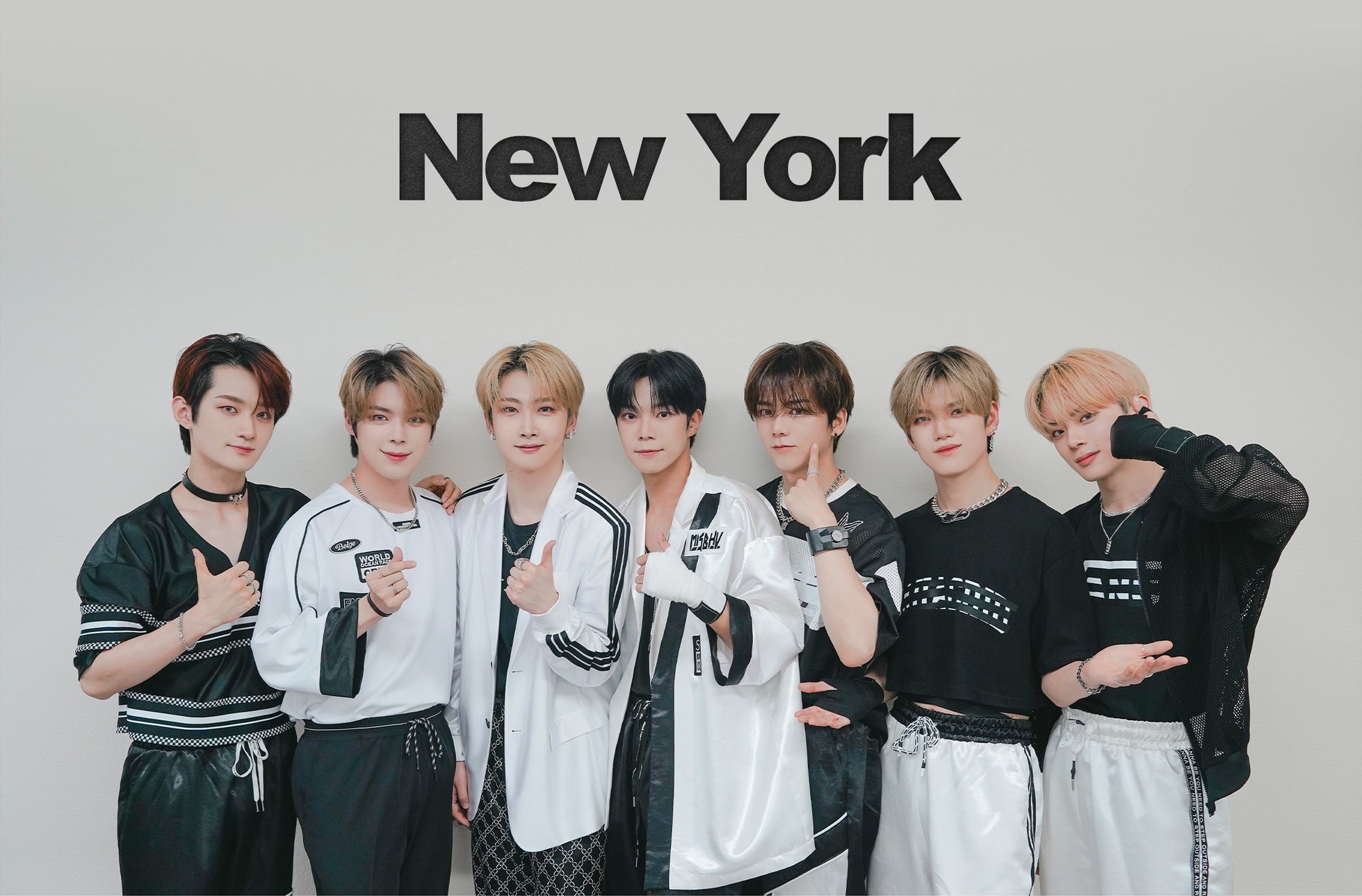 Photos courtesy of Jellyfish Entertainment. Special thanks to MyMusicTaste for inviting us out to the show!