Title: Farewell to Arms (烽烟尽处) Feng Yan Jin Chu
Episodes: 39
Release Date: March 24, 2022
Film Location: Shanxi, Ningxia
Summary: The Chinese drama is adapted from the novel of the same name. It follows Zhang Song Ling who becomes framed by a traitor on his wedding day. It is the story of how he resolutely resolutely joins the army and fights the enemy bravely.

In July 1937, the situation in North China was urgent, and the Japanese army was preparing to launch a full-scale war of aggression against China.

The Black Stone Village in Chahar Province appears to be calm, but in fact the undercurrent is turbulent.

On the eve of the wedding of the famous Zhang Song Ling and his lover, he is framed by a traitor and his family is destroyed.

Heartbroken, Zhang Song Ling resolutely resolutely joins the army. After experiencing several hard battles, his military literacy rapidly improves, and he has also understands that the responsibility of a soldier is to protect the people.

Later, Zhang Song Ling becomes seriously injured and arrives at the grasslands. He joins the guerrillas under the leadership of the Communist Party, unites the people of the grasslands, shares the enemy, and fights against the Japanese aggressors.

Zhang Song Ling leads the team, unites the people, and fights with courage against the invaders and traitors. He was not afraid of hardships and makes great sacrifices, and finally successfully drives the invaders out of the grassland. 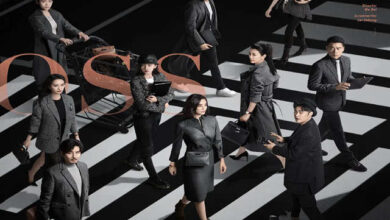