“Thirty-Nine” is the new JTBC drama that premiered on February 16. Having powerhouse main leads including Son Ye Jin, Jeon Mi Do, and Kim Ji Hyun, the series premiered to some very solid ratings. It’s no surprise when you have such a popular cast as well as an intriguing synopsis. Seeing how all the relationships will unfold made for a very compelling watch. Keep reading to find out why “Thirty-Nine” is the must-watch series right now.

1. The healing power of a solid girl squad

“Thirty-Nine” follows the lives of three women who are 39 years old. As they are about to turn 40, they try to work through some obstacles in their respective lives. While figuring things out, they lean on each other for support and regularly share some food and drinks together. 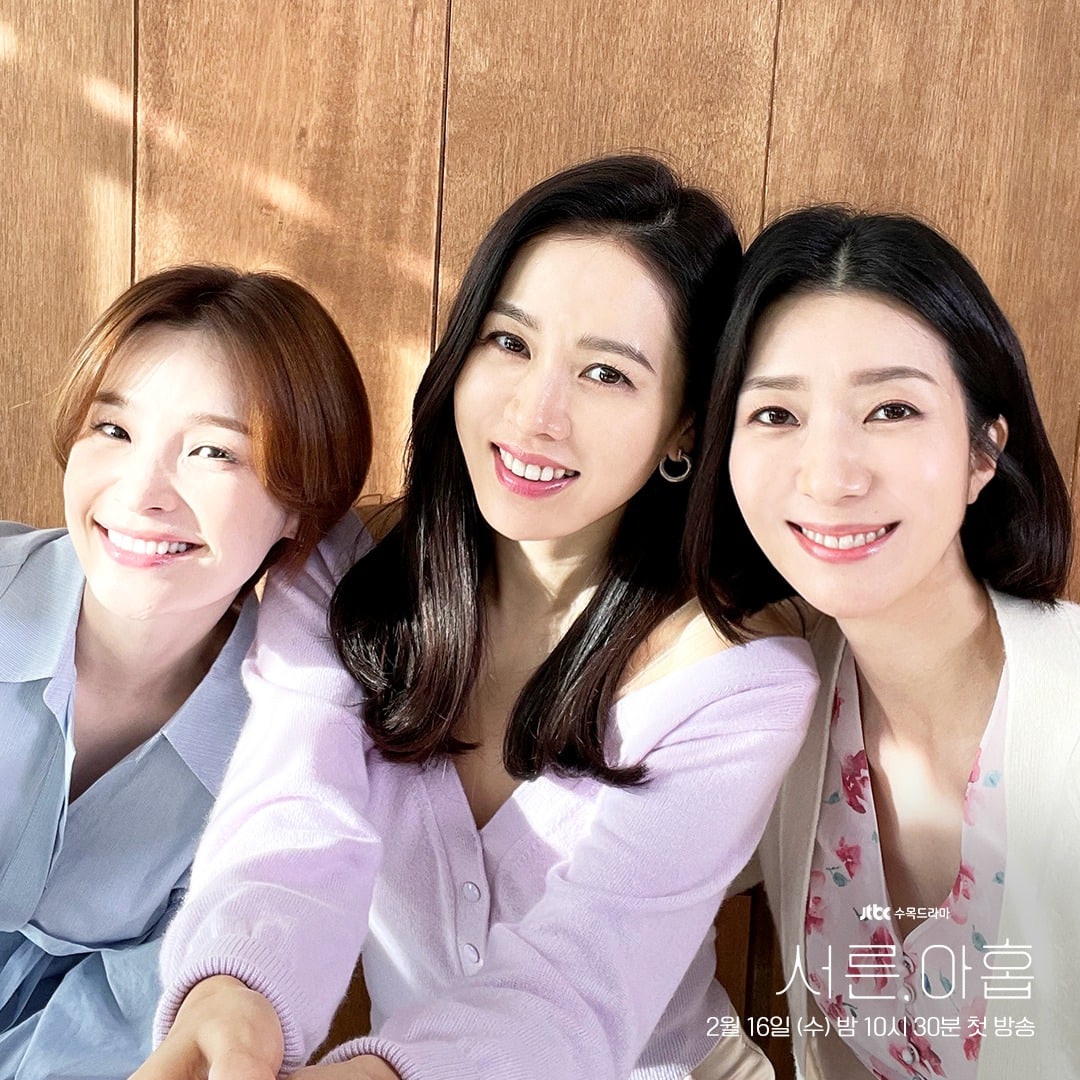 This powerful girl squad is the heart of the series, and you’ll find yourself feeling the warmth of their friendship. Each individual character is someone you can relate to in certain aspects and fully support. Furthermore, as a viewer, it is more than evident that the three actresses really do have great chemistry and have developed a tight-knit friendship while filming this series.

In one particular part in the second episode, Jung Chan Young (Jeon Mi Do) has broken off ties with a man she is in love with. While she stares out the window feeling heartbroken and emotional, Cha Mi Jo (Son Ye Jin) comes from behind and gives her a hug. There is so much understanding and support from the hug that even us as viewers are able to vicariously receive healing from it.

2. The comfort of Son Ye Jin 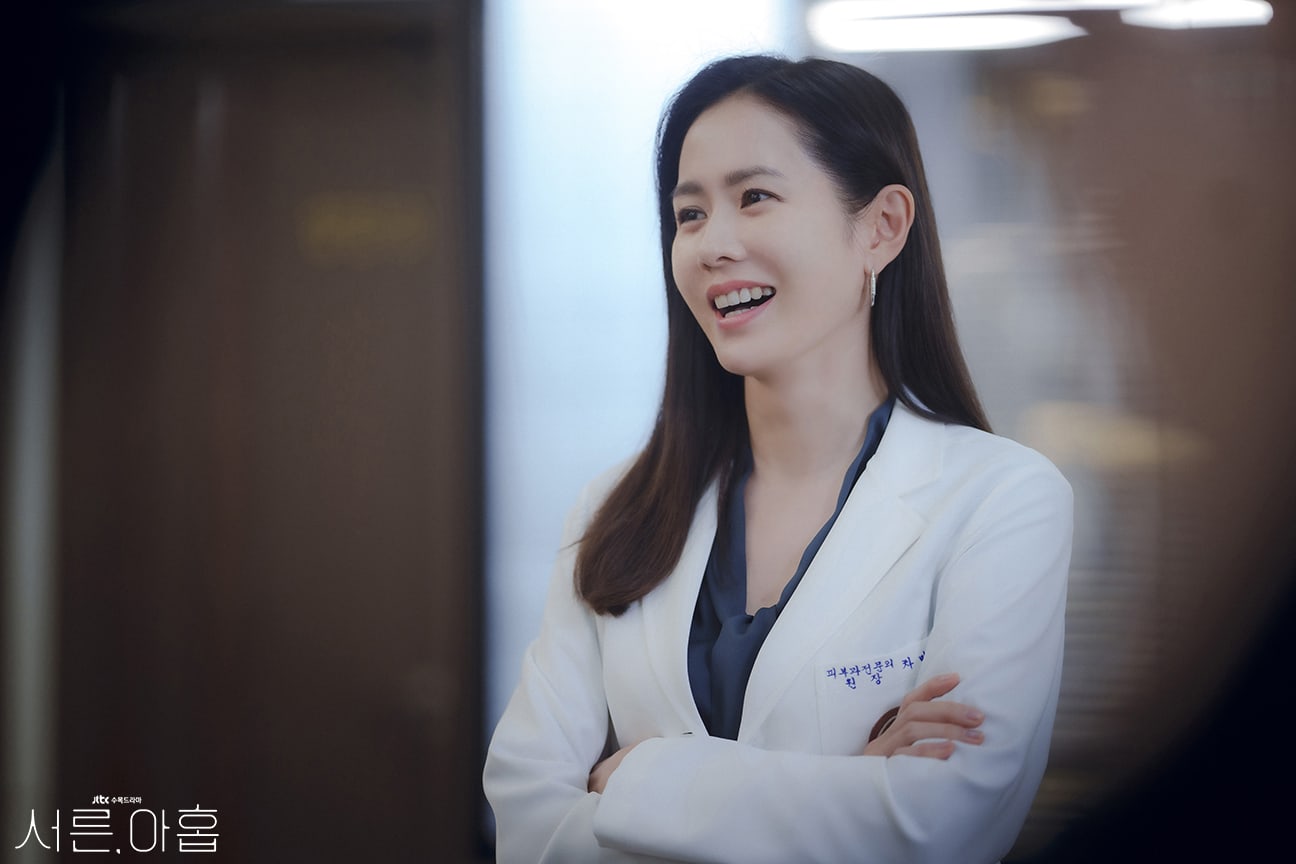 There’s something about seeing the nation’s first love in a K-drama that brings us so much comfort. It could be because of the fact that Son Ye Jin can do no wrong when it comes to picking her K-dramas, and viewers can support her no matter what role she chooses. Her track record of K-dramas is pretty close to flawless, so when we see her appear on screen, we know that we’re going to get a great K-drama and a solid performance.

Having not seen her since her hit series “Crash Landing On You” in early 2020, many are very happy to see her in a healing series alongside a talented cast. Her character and aura on the small screen is healing in itself. Son Ye Jin revealed during the drama’s online press conference that she can perfectly relate to this character and the women’s lives. She said that it is a perfect depiction of how she lives her life. Her comfort in this role is definitely apparent, and it’s exciting to see her relate to a character so perfectly!

Jeon Mi Do as Jung Chan Young is a pleasant surprise to say the least. Her repertoire of K-dramas is not very large, but her most notable role is Chae Song Hwa in the series “Hospital Playlist.” So far in “Thirty-Nine,” she has shown that she is not going to be typecasted into a specific role. Chan Young is the complete opposite of what we are used to seeing for her, and we’re here for it. She’s jaded, outspoken, tough, and willing to stick up for her friends no matter what the cost, but she is a total softy when it comes to the man she loves. She’s a bit rough around the edges as she battles a smoking addiction and has a tendency to swear a bit, but she’s a lovable character through and through. Jeon Mi Do’s transformation into this character is impossibly perfect, and there is nothing but love for her in this role!

We love a badass Jeon Mi Do! 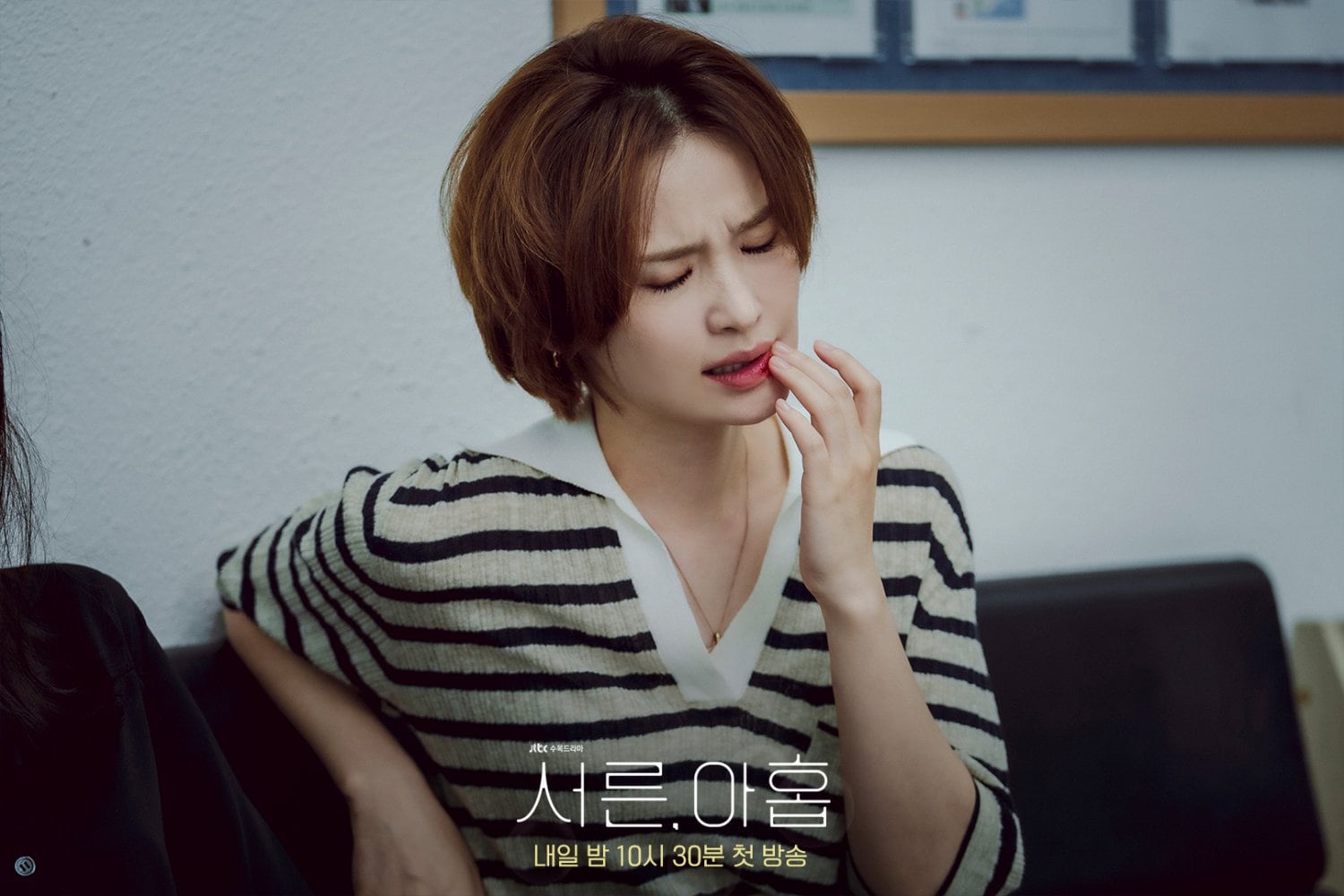 4. The emotional wreckage of all their life situations 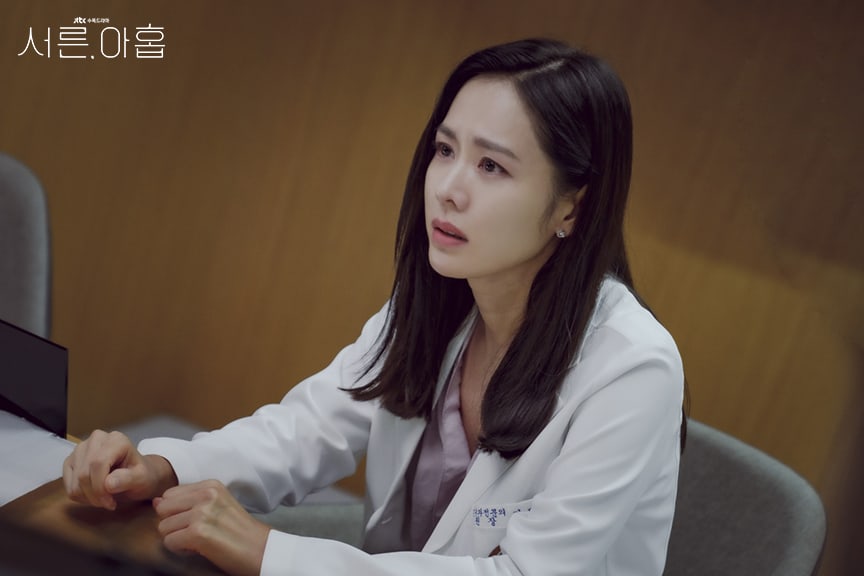 All three of these women understand the importance of their friendship, and they cherish it so deeply. They depend on each other for when life gets tough and have a deep-rooted trust that is enviable. As a result of this, we are able to see a lot of the raw, realistic, and relatable life problems that these women are going through.

In just the first two episodes, viewers are met with a very tragic situation of Jung Chan Young as it is discovered that she passes away from an illness. Although it has only been a couple episodes, it is heartbreaking that these women are torn apart by such a tragedy. With this rollercoaster of emotions in the first two episodes, we can only imagine how much more the writer has in store, and despite this tragic outcome, I am still hoping for the happiness of all the characters.

So not crying, you’re crying! 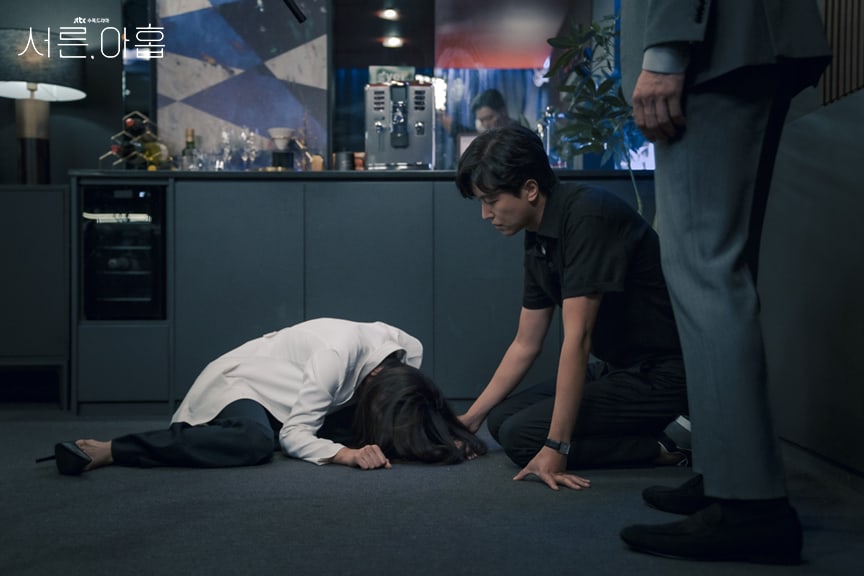 5. The supporting cast and their not-so-boring stories

With Son Ye Jin, Jeon Mi Do, and Kim Ji Hyun as the stars, there is also the supporting cast, which involves Yeon Woo Jin, Lee Tae Hwan, Lee Moo Saeng, and Ahn So Hee. All of the side stories, which can sometimes come off as being a time to take a breather, are interesting. There’s really not a moment that is boring or a part that you want to skip through. Even Kang Mal Geum, who plays Cha Mi Jo’s very protective older sister Cha Mi Hyun, is hysterically perfect. Her character provides us with the feelings of laughter and warmth. From the beginning to end of every episode, viewers are hooked and invested. We couldn’t have asked for a better K-drama this season. 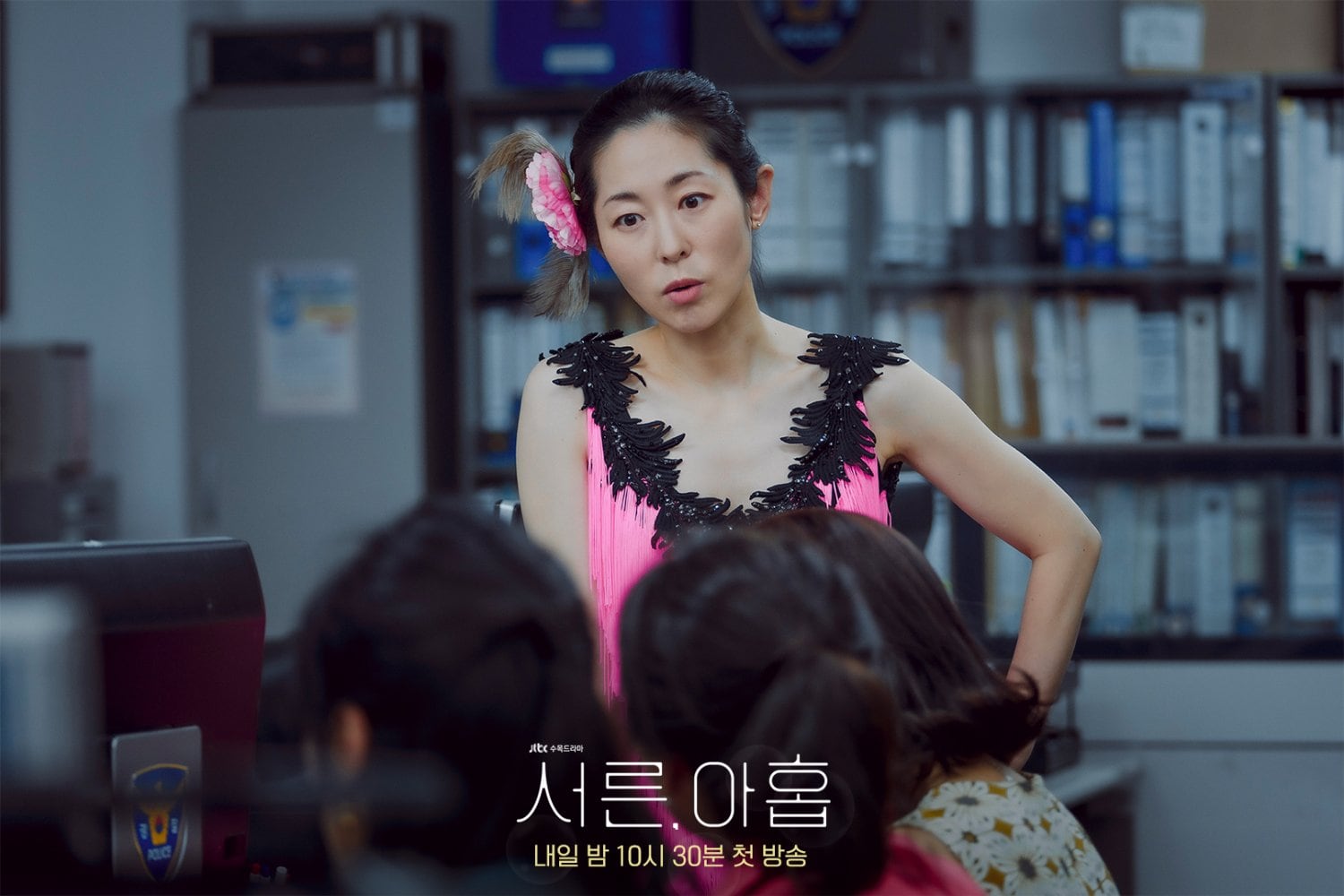 6. The support of Son Ye Jin’s family for her mental health

Is there anyone else who got the warm fuzzies when seeing how much Cha Mi Jo’s parents are supportive of her taking a year off to get some very much needed mental health rest? It is expressed early on in the first episode that Mi Jo will be taking off to the United States for a year, but it’s a little unclear as to why. When Mi Jo gets summoned by her parents and they find out that she is taking off, viewers discover that she is leaving because she has been struggling with panic attacks. A K-drama that brings this topic to the forefront is worth watching. It’s relatable and very relevant!

Seeing how loving Mi Jo’s father is and how he wants to go with her to the United States for the year is so heartfelt and moving. Judging by this clip alone, we see how much love Mi Jo has received in her life and how supportive and understanding they are of her situation. It’s a given but so healing to see. I look forward to seeing more of this family interaction in the future episodes!

Hey Soompiers, how are you liking “Thirty-Nine” so far? Let me know in the comments below!