“Please Send a Fan Letter” is a romantic comedy starring Girls’ Generation’s Sooyoung as Han Kang Hee, an A-list actress who is facing the greatest crisis of her career. Yoon Bak will star as Han Kang Hee’s first love Bang Jung Suk, a devoted single father whose young daughter is battling leukemia. In order to protect his daughter’s pure heart, he winds up writing fake replies to her fan letters.

In the newly released poster for the upcoming drama, Sooyoung, Yoon Bak, and child actress Shin Yeon Woo (who plays Bang Jung Suk’s daughter Bang Yoo Na), make a picture-perfect family as they pose together behind a bright red postbox.

The poster’s caption hints at the massive undertaking that lies in store for Bang Jung Suk, reading, “A fake reply project for his one and only daughter.” 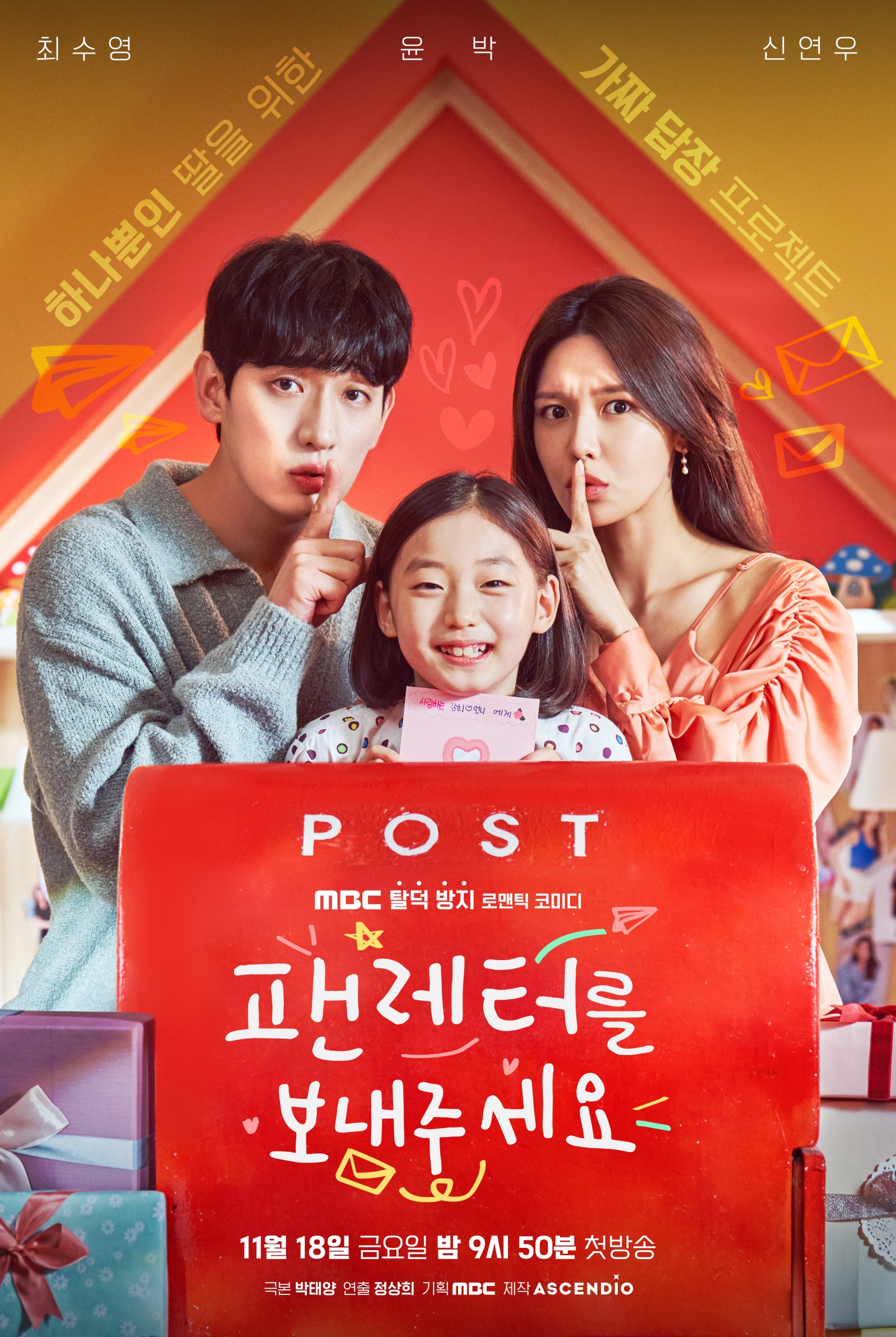 “Please Send a Fan Letter” will premiere on November 18 at 9:50 p.m. KST, taking over the time slot currently occupied by “The Golden Spoon.”

In the meantime, watch Sooyoung in her latest drama “If You Wish Upon Me” with subtitles below!