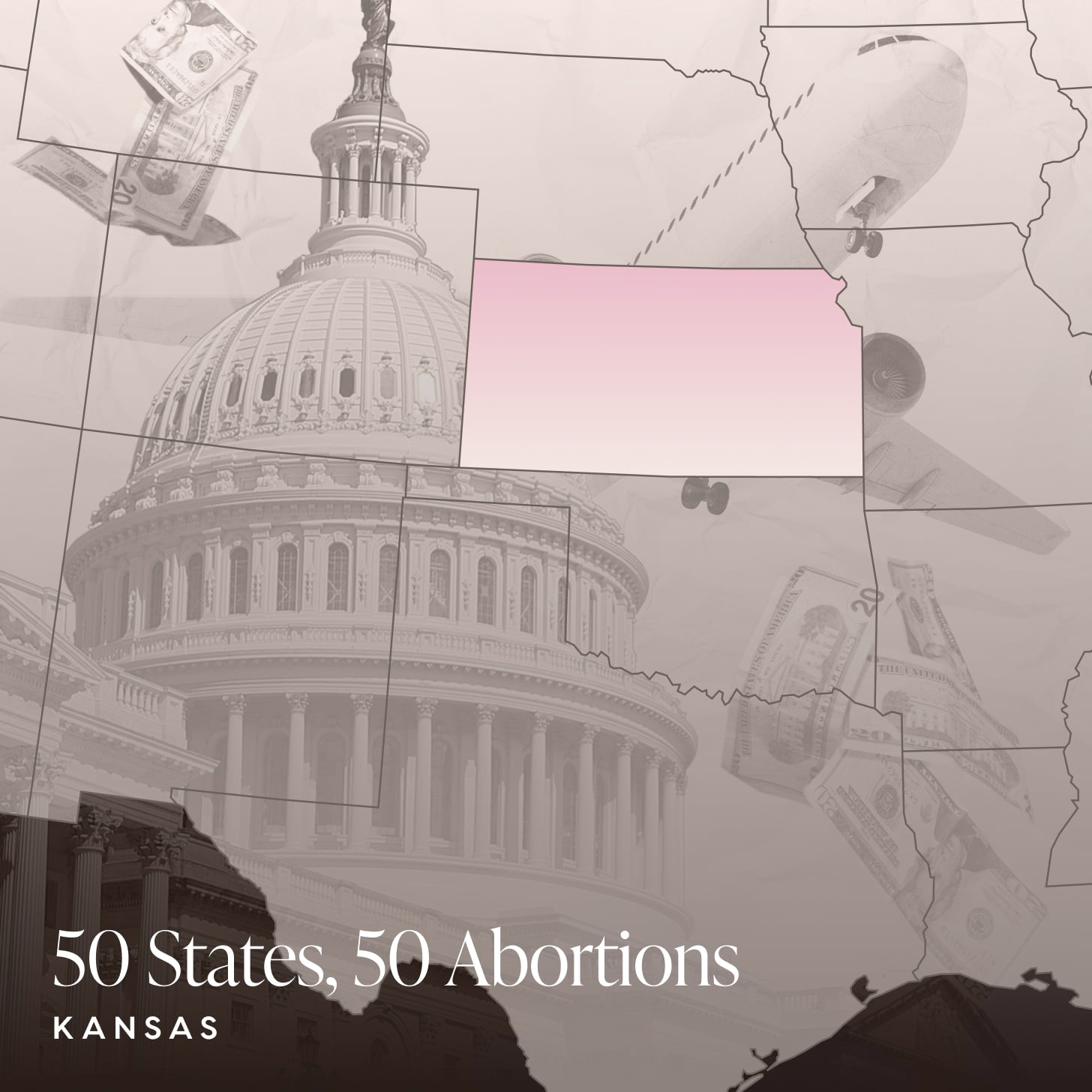 At the time of my abortion, I was not in a great place. My mom had died from an overdose two years earlier, and I threw myself into a relationship to fill the void. But what started as a romance filled with lust, passion, and all-consuming feelings quickly turned into one of control, manipulation, and abuse — something I misunderstood as love.

My partner dictated every part of my life: what I wore, who I could see, who I spoke to on the phone, how I spent my money, and how I spent my time. This was no different when it came to our sex life and contraception. Whenever I brought up birth control or condoms, he would berate me and accuse me of cheating on him. Our arguments often led to physical violence.

As a result of this manipulation, I did not take measures to protect myself from an unplanned pregnancy, and his need for power and control made our relationship increasingly volatile. Looking back, it seems like getting me pregnant was his last attempt to trap me with him forever.

One day, almost two years into our relationship, I noticed my period was late. I took a pregnancy test, fully expecting it to be negative. I was not physically or emotionally healthy at the time, I was significantly underweight, and I didn’t think I could get pregnant in that state. But when the second pink line popped up, it felt like the world came crashing down around me. My heart dropped, and I felt terrified and trapped. Although I had always wanted to be a mother, I knew that if I couldn’t keep myself safe, the last thing I wanted to do was bring a child into that toxic situation. Meanwhile, my boyfriend was excited. He expressed that he wanted to start a family and have a baby, as if that would make all of the other problems in our relationship just magically disappear.

It took only a few minutes for me to decide that an abortion was the only option for not just my safety, but to protect the family I knew I would go on to have in the future. When I told my partner I wanted to have an abortion, he was angry. The physical abuse escalated, even while he was trying to convince me to have a child with him. He and his family called me repeatedly, telling me I was a murderer, and they threatened to take legal action against me to force me to keep the pregnancy. I felt completely powerless. I called Planned Parenthood, hoping they would have some resources, and they assured me that this was my choice and my decision. That’s when I found the strength to ignore his calls, move out, and schedule my first appointment to start the abortion process.

At my initial appointment, I spoke with a counselor, filled out paperwork, and was given a packet of papers to take home with me. In the state of Kansas, the paperwork is state-required literature that physicians have to give patients during their first visit, which included images of what a pregnancy looks like at every gestational stage, plus options available to me. It felt like an attempt to persuade me — and anyone else seeking an abortion — to rethink the decision.

Kansas also had (and still has) a mandatory 24-hour waiting period, and I wasn’t able to book my second appointment until after that amount of time had passed. But the paperwork and mandatory waiting period didn’t make me change my mind; it just made me feel more desperate. The longer I was pregnant, the more endangered I was and the more harassment I had to endure.

After those 24 hours, I came back for my second appointment at Planned Parenthood. There, the physicians did some blood work and performed an ultrasound, but because the pregnancy was in its early stages, they weren’t able to view an embryo and could not proceed with the abortion process. I had to come back a few days later for the second ultrasound, and that’s when they confirmed I was a little over five weeks pregnant.

At that appointment, a physician talked to me about my abortion options. I opted for a medical abortion, completed with medication. I took one pill there in the room with the doctor and a dose of another type of pill the following day at my home.

As far as the physical effects I experienced following my abortion, there was some cramping and fatigue. I felt tired and a little off. But emotionally? I was relieved. I no longer held a piece of my abuser inside of me, and I was ready to move on with my life. I started to feel a little more optimistic about the future, especially now that I was one step closer to putting this horrible situation behind me.

Without my right to choose, I might not have lived through that relationship. Even if I did, it’s possible my life wouldn’t be what I’ve built it to be in the 17 years since my abortion. I’m now 38 years old, a successful professional with a loving husband and two beautiful children who I love fiercely. My children wouldn’t be here today if I didn’t have access to safe and legal abortion when I was 21 years old. I’m proud of where I am today. And I do not regret my abortion.

The choice to have an abortion is complicated. It’s not as simple as “kill your baby and go to hell” or “keep your baby and live happily ever after.” There are infinite shades of gray. Someone else in my position might have chosen another option, and that’s fine. I chose an abortion, and that’s also fine. It’s not about what’s “right” according to someone else’s religious or political beliefs. It’s about the power that comes from having the freedom to choose.