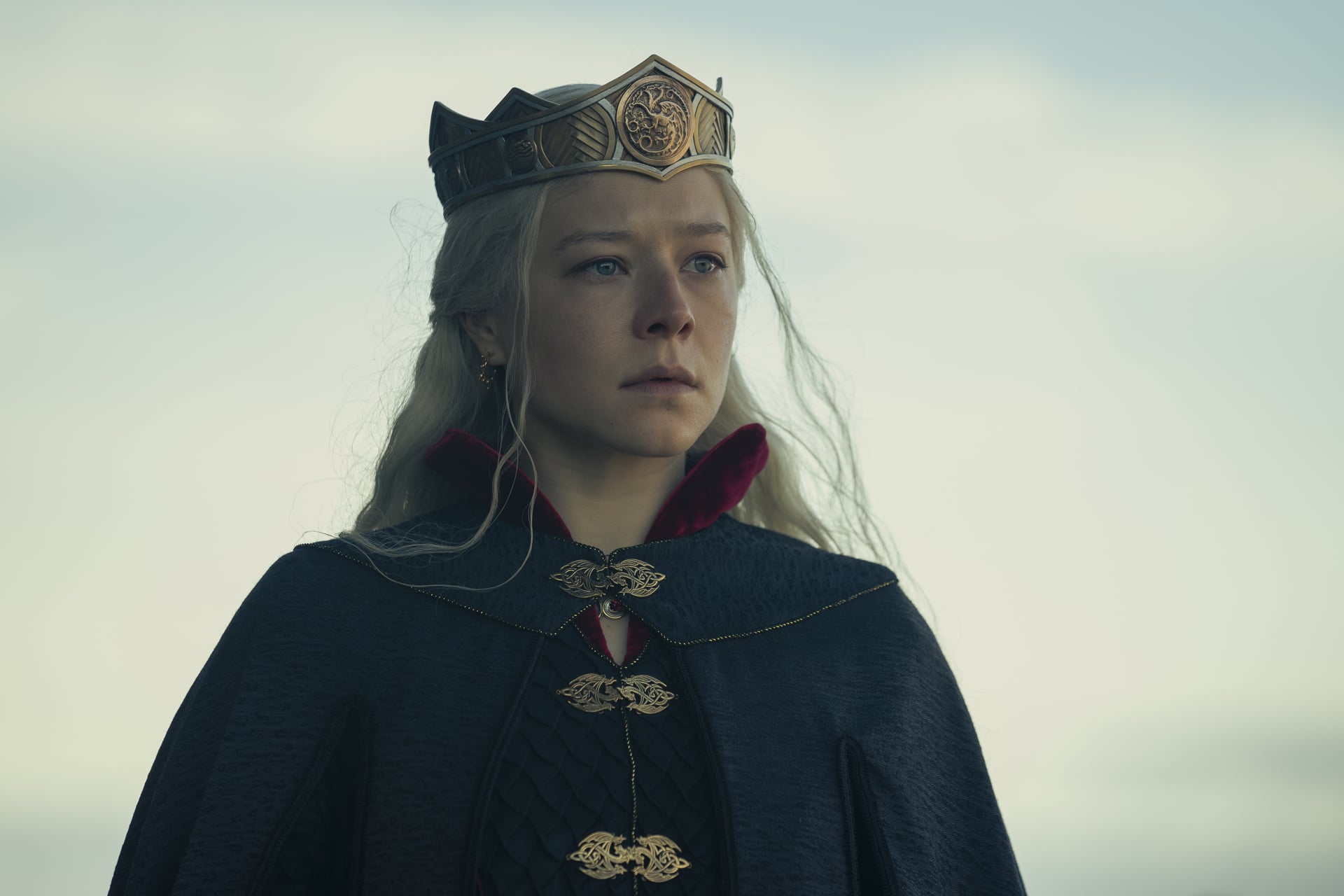 HBO’s “House of the Dragon” explores the position of women in a tenuous, violent, and patriarchal society. At the center of this story are two queens, Alicent Hightower and Rhaenyra Targaryen, and their struggle to maintain and access the power usually allotted exclusively to men. Accentuating this theme of power is childbirth, which throughout the series has formed a sort of three-act play, marking each significant character moment for Queen Rhaenyra (who, ironically, raged against the risk and obedience this kind of political procreation necessitates).

The season one finale was the bitter, painful conclusion to “House of The Dragon”‘s exploration of childbirth. In the finale, ahead of her due date Rhaenyra receives the news that not only is her father, King Viserys, dead, but that Alicent has supplanted her as heir, instead installing her cruel son Aegon II on the Iron Throne. The emotional impact on Rhaenyra is immediate, as the shock and grief leads to premature labor, and ultimately, a stillborn child.

What’s particularly painful about this experience, aside from the graphic depiction of birth, is that Rhaenyra’s worst fears are realized: Rhaenyra is at the mercy of her womanhood, which has forced the transformation of Rhaenyra’s body over the course of the season to a site of political plots, succession lines, duty, and danger. Suddenly, Rhaenyra is re-living the story of her mother, Queen Aemma, who died (or some say was murdered) during a horrific breech birth at the hands of her maesters. Perhaps recalling this, Rhaenyra refuses the aid of her attendants and midwives, preferring to face the pain alone.

Ironically, it’s while Rhaenyra is performing her duty as a noblewoman (producing heirs) that she is locked out of her most important duty of all: running her new kingdom. Meanwhile, her husband Daemon is busy preparing war plans, surrounded by a group of military officials and allies (who, of course, are all men). Rhaenyra is, in effect, already cut off from her power and decision-making by the simple fact of her body.

Some argue the depictions of childbirth in the show air on the side of grotesque spectacle or perhaps revel in this particular kind of gore. But in a series — especially a spin-off of “Game of Thrones” which regularly featured detailed depictions of torture, war, and violence — these scenes can also feel deeply realistic. Rather than magic-laced violence, “House of the Dragon” commits itself to the realistic, historically-situated plight of women, without the suspension of belief. For many, the childbirth scenes are horrifying not because they’re graphic, but because they’re real.

It’s easy to dismiss these birth scenes as too gratuitous or purely cruel to the character. In “House of The Dragon,” trauma is never that simple. Birth is also, in a way, what solidifies Rhaenyra’s rise to power. After her mother’s death, it was a teenage Rhaenyra who stepped up during the funeral, commanding her dragon to burn the funeral pyres of her mother and an infant sibling. Now, as an adult with her own family, it is at her own child’s funeral that Ser Erryk arrives at Dragonstone, bends the knee, and delivers King Visery’s crown to Rhaenyra. It’s this moment — where death, grief, and power mingle — that Rhaenyra truly ascends as Queen.

Through childbirth, “House of the Dragon” paints a complicated picture of what it means to be a woman with power. Childbirth is a demonstration of a certain kind of pain and its manifestations in the physical, mental, emotional, and sexual lives of women. In this way, childbirth is a metaphor, and consequence, of feminine pain: the pain of being a woman, of duty, sexual expectations and, sometimes, pleasure. “House of The Dragon” delivers an extended study of the pain of women locked into a world ready for war. And it seems, at least from Rhaenyra’s venomous look in the final scene, that she’s finally ready for revenge.

Are Standing Jeans Harmful to Your Stomach?

Are Standing Jeans Harmful to Your Stomach?