Girl’s Day’s Hyeri and U-KISS’s Lee Jun Young are the center of focus in new stills released for the upcoming episode of “May I Help You?”

“May I Help You?” is a new MBC drama starring Hyeri as Baek Dong Joo, a funeral director who grants the wishes of the dead, and Lee Jun Young as Butler Kim, who runs an errand service that starts at a cost of 100 won (approximately 7 cents) per job. Together, the two team up to make the wishes of both the dead and the living come true.

The last episode was full of many heart-wrenching moments with Baek Dong Joo speaking with the ghost of Seo Gang (Hong Na Hyun) who had died while pregnant. The woman pleaded for Baek Dong Joo to fulfill her last wish, telling the tale of a girl and a boy who had grown up together in the same nursery with a relationship as close as siblings, eventually going on to become friends and then lovers. They became each other’s family when they had no family to call their own, waiting for the day when they would be given the chance to become the parents they never had. Seo Gang begged Baek Dong Joo to save her husband Won Hyo (Oh Seung Baek) who is soon to follow her in death, and Baek Dong Joo put all of her hope into doing whatever she could to fulfill the wish of the deceased woman.

Baek Dong Joo melted Butler Kim’s heart with her sincerity in helping Seo Gang, and they worked together to stop Won Hyo from taking his own life. The message Seo Gang left for her husband is what gave him the will to keep going, the ordeal ending with the heart-wrenching scene of Won Hyo saying a tearful goodbye to his wife and making a promise to meet her again.

The newly released photos are proof of this. The two stand close together under one umbrella to avoid the rain, the very atmosphere around them much warmer and sweeter compared to how it used to be. As Baek Dong Joo stares out into the pouring rain while lost in thought, Butler Kim looks at her with a deep and affectionate gaze. 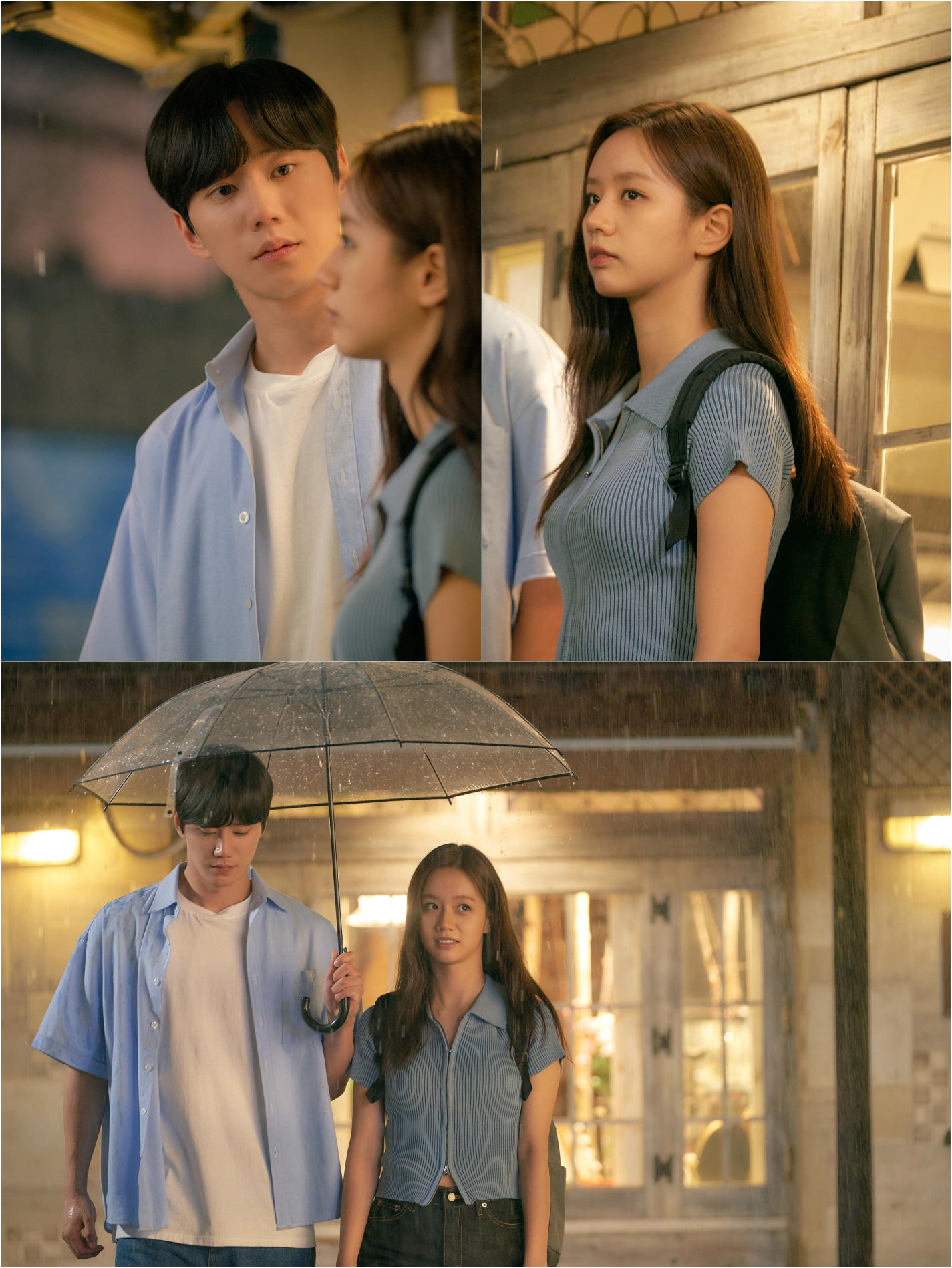 In the meantime, watch Hyeri in “Moonshine” with subtitles below:

“Love Is For Suckers” Marks New All-Time High + “May I Help You?” Joins Fierce Ratings Race

“Love Is For Suckers” Marks New All-Time High + “May I Help You?” Joins Fierce Ratings Race