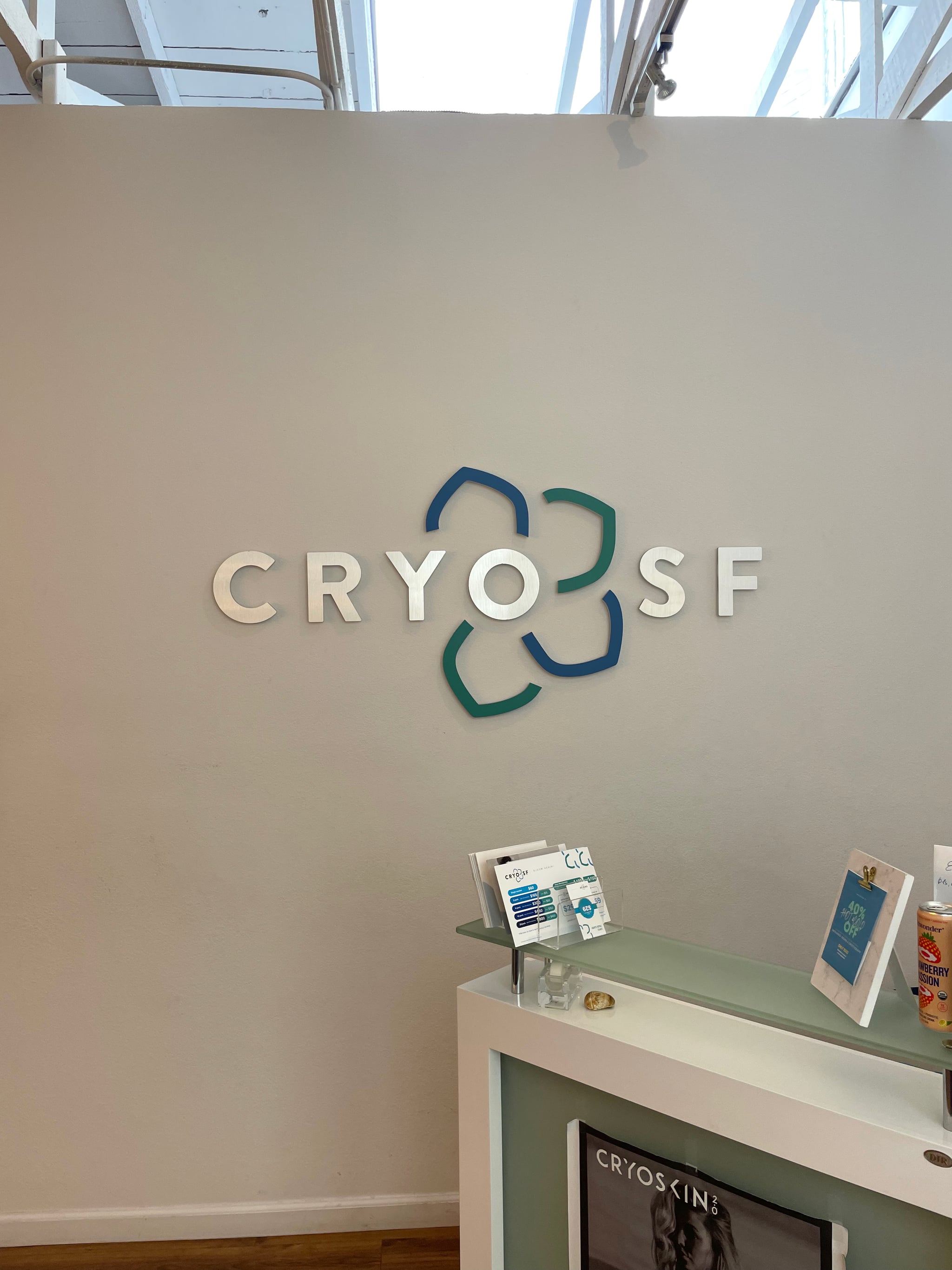 As someone who will do just about anything for healthier skin, I was surprised to learn about a treatment I’d never tried before — the cryo facial. I’ve tried cryotherapy on my body before, and I’ve even used a cooling tool on my hair, but I’d never actually tried a facial around the treatment.

Cryotherapy, which is essentially just cold air therapy, is the process of subjecting your body to sub-zero temperatures in order to achieve health benefits. When it comes to facial skin specifically, according to celebrity aesthetician Sarah Akram, the cold increases blood flow and oxygen to the face, which can give those who undergo the treatment a vibrant and glowing appearance. Plus, a study from 2011 cites that cryotherapy stimulates collagen production, which is the protein responsible for keeping our faces looking young, among other things.

To try out my hand at freezing my face (literally . . . kind of), I headed to CryoSF in San Francisco and met with the owner, Afag Shukurova. Shukurova offers two different types of cryo facial treatments at her facility. The first is the CryoGlowFacial, which pumps subzero air onto the face to deliver glowing results. It’s a treatment that has become more popular over the last few years for its ability to quickly give skin a refreshed look. The second treatment Shukurova offers is the CryoSkin Facial, which is a painless, non-invasive cosmetic service that employs a temperature-controlled wand. The wand massages the face for a total of 20 minutes, which promises to boost collagen production, leave skin glowing, reduce puffiness, and even shrink pores.

I decided to try out the CryoGlow Facial — the treatment with just the subzero air — first. I got comfortable and laid down on a treatment table, and Shukurova began the service by blowing -265 degrees F air all over my face. It felt nice and relaxing, and I could see it being the perfect thing to do to treat a hangover or puffiness from traveling. “I would recommend the vapor treatment for anyone who wants to combat tiredness or give themselves a little pick me up,” Shukurova told me. She added that if it was immediate results I was after, I should try out a facial with the Cryoskin machine, which typically has more immediate and long-lasting results.

After about six minutes of the CryoGlow Facial (half of the recommended time), I told Shukurova I wanted to bring out the big guns and test the Cryoskin machine instead. If I’m honest, all of the results she listed sounded a little too good to be true, but I decided to try it out anyway.

I was already laying down and ready to go, so Shukurova began by slathering my face in a jelly-like product that reminded me of getting an ultrasound. Once the gel was applied, she used the massage wand to spread it around my face on just the right side. From there, she began working in passes starting at the middle of my neck and moving in outward motions. She then moved her way up to my jaw, my cheeks, around my eyes, and my forehead. The tip of the massage wand was 21 degrees F so it was cold, but it wasn’t at all uncomfortable. Shukurova made sure to move the wand quickly, never letting it sit in one place for too long, which could cause frostbite, although that’s very rare.

Once I was finished snapping a few photos, I laid back down and Shukurova finished the other half of my face. The entire experience was calming and soothing, and kind of made me wish I owned my very own CryoSkin machine.

Results From a CryoFacial 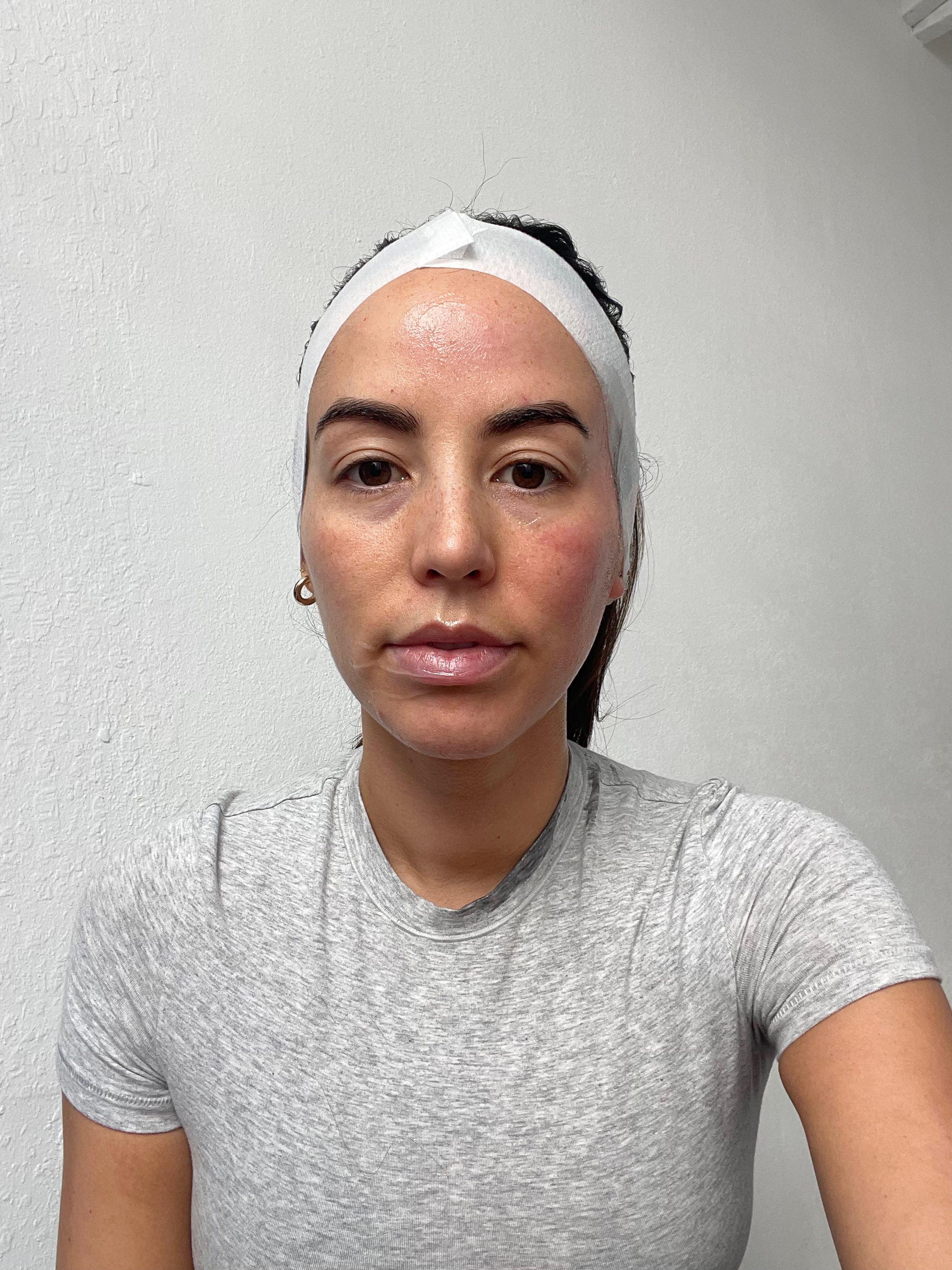 When the entire treatment was finished and I took a look at my face, I was impressed with what I saw. My skin looked tighter, brighter, and smoother. I did have a tiny bit of redness, but honestly, I was expecting a lot more because I have such sensitive skin, and the color subsided in less than an hour.

Another plus? Prior to my appointment, I had a huge zit on my chin that was threatening to take over half of my face. After my Cryoskin facial, I noticed it shrunk significantly.

If you’re interested in trying the treatment yourself, there are a few things to note: the cost of a Cryofacial treatment is typically around $50 to $65 depending on the provider, and takes around 12 minutes total. A Cryoskin facial costs between $200 to $300, and each session runs for 20 minutes. Also, it’s not recommended to undergo a Cryoskin facial if you have had Botox or Filler within the last 12 months.

All in all, this was a treatment I enjoyed, and I would recommend it to anyone who is looking for fast, noticeable results. I think it’s the perfect treatment for someone who has a big event like a wedding or even a photoshoot because the results are hard to miss.

The “Invisible” French Manicure Is a Minimalist’s Dream

The Bath & Body Works Halloween Collection Is Spookier Than Ever

5 Thrive Causemetics Products Worth Adding to Your Cart

The “Cold Girl” Makeup Trend For Winter on TikTok

The “Invisible” French Manicure Is a Minimalist’s Dream

The Bath & Body Works Halloween Collection Is Spookier Than Ever

5 Thrive Causemetics Products Worth Adding to Your Cart

The “Cold Girl” Makeup Trend For Winter on TikTok