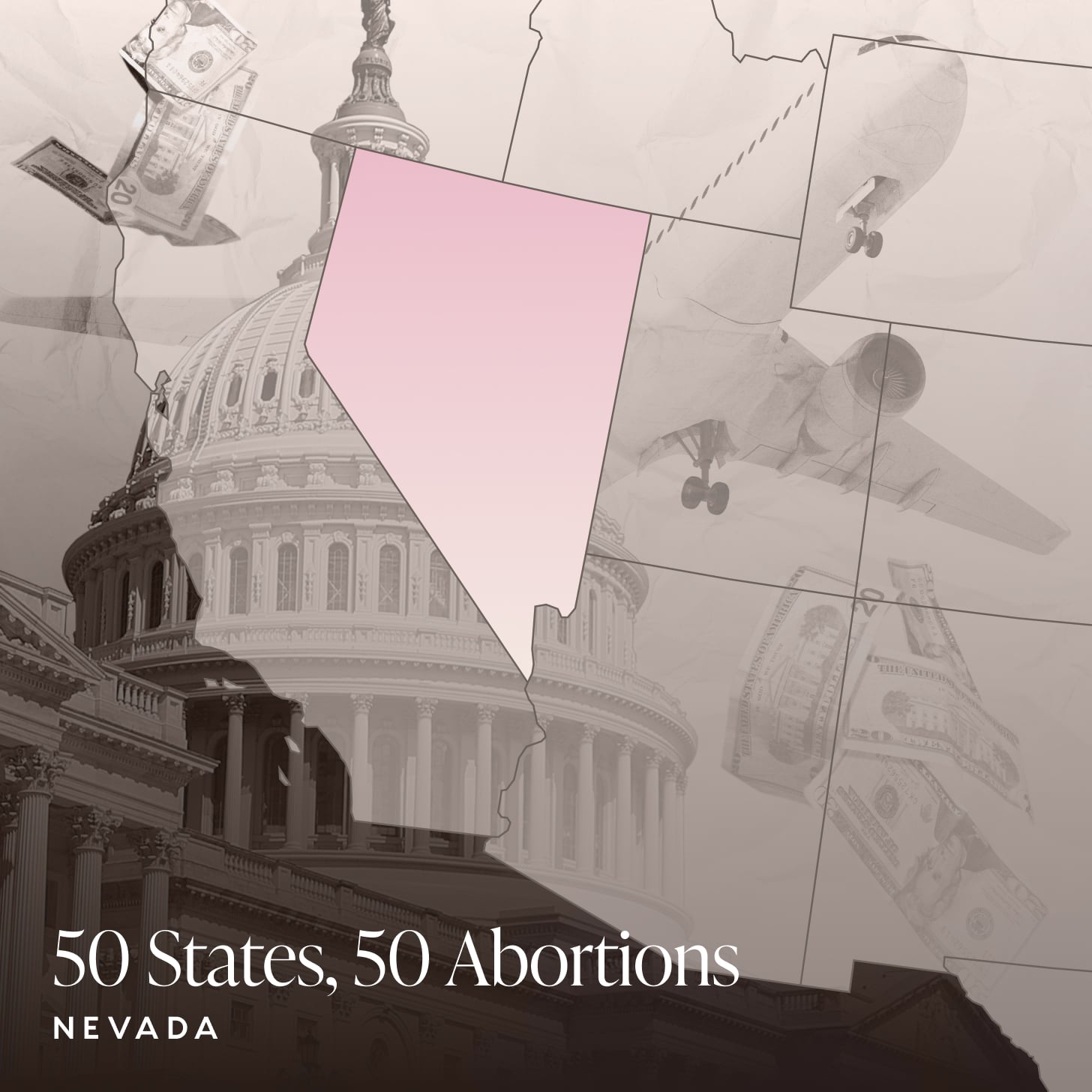 At the time of my abortion, I wanted to keep my baby more than anything. My husband and I had been trying for a little over two months, and when the two pink lines showed up on multiple pregnancy tests, we were nervous and excited. I’ve had irregular periods my whole life, so we didn’t expect it to happen so soon.

At 10 weeks pregnant, we came in for my first ultrasound. Before the doctor entered the room, I looked at my husband and asked him, “If there’s a genetic defect, we are going to terminate the pregnancy, right?” And he responded, “Yes, that’s what we’ll do.”

That is what we had agreed on long before my husband and I even got married. While we both wanted children, we decided we wouldn’t bring a baby into the world who didn’t have a fighting chance.

Lying on the table during the ultrasound, I was enamored with the blob on the screen. My husband, however, noticed the doctor’s facial expressions. He asked how we would know if something was wrong.

The doctor pointed to a dark area above the baby’s neck. She told us it appeared to be a thickened nuchal fold, and we needed to run some more tests. She told us not to google, not to worry yet, but I was devastated. What started as an exciting day for my family turned into a night of pain, tears, and indecision.

In the following week, I visited the high-risk pregnancy center for an additional ultrasound. We learned from the specialist that our baby could have Turner syndrome, which in our case meant it was missing a sex chromosome, which could lead to medical and developmental problems like failure of the ovaries and heart defects.

I went back for another procedure, a chorionic villus sampling (CVS), which tests for chromosomal abnormalities, and they ran a fluorescence in situ hybridization test (FISH), which tests for gene changes in cells.

By the time I was already 13 weeks pregnant, the tests confirmed what we hoped wasn’t true: the baby had Turner syndrome. It was time for us to move forward with scheduling an abortion.

This was not an easy decision. While I applaud people who can proceed with a pregnancy knowing that their baby could have an extra chromosome or is missing a chromosome, my husband and I didn’t want to do that to our child. But that doesn’t mean our decision didn’t come with shame and guilt, because it did. Lots of it.

Because my abortion was not covered by my insurance, my doctor couldn’t perform the abortion in the hospital as I had hoped. Instead, I was forced to call the local clinic hoping to schedule an appointment as soon as possible. I didn’t want to feel like an incubator any longer than I had to.

The earliest a clinic could get me in was a week later, but I didn’t want to wait that long. So instead, I booked an appointment with a clinic in Chico, CA, that could get me in two days after I called. The catch? Chico was three hours away from where I lived in Reno, NV.

My husband and I decided it was worth it.

That morning, when we drove to Chico, I was mentally preparing for the abortion as much as I could. I was just ready for it to be over. But when we arrived, the receptionist told me that they had accidentally written my phone number down incorrectly, so they couldn’t call us and let us know that I was too far along for them to do a one-day procedure. I would have to come back in a couple of weeks for a two-day procedure instead.

I was angry and filled with sadness. I sat in silence as my husband and I turned back around to Reno, unable to process the fact that I was still carrying a fetus inside of me that had a 99 percent chance of leading to miscarriage, as the doctors told me. On our drive home, I scrolled through social media posts about the Politico leak of the SCOTUS draft announcing their plan to overturn Roe v. Wade. They had broken the story two days earlier. I then called the Reno clinic back and booked an appointment for the following week. I was sad but grateful that I live in a state like Nevada that allowed (and still allows) access to abortion.

My procedure took two days. The first day went by quickly. I was in and out of the clinic in 30 minutes. The second day, though, I sat in the waiting room for over an hour. The pills they’d given me gave me cramps and made me shiver. Then I went back to the procedure room.

I don’t remember a lot of it or what happened — maybe because of the anxiety meds they gave me, maybe because of how traumatic it was — but in the following weeks, I found myself being more impacted by the emotional effects rather than the physical.

Sometimes, I’d cry myself to sleep; other nights, I’d feel so incredibly overwhelmed with shame and grief that I shut down completely. I’d often find myself thinking, “Was this my only chance of having a baby?” And I still don’t know the answer. I’m still not pregnant.

Fortunately, I have an amazing support system, a family, and a husband who reminds me, “If that was our only chance, that wasn’t the right one for us.”

Now that it’s been months since my abortion, my husband and I are trying again, but it doesn’t look the same. Sex has become a little more mechanical and more logistics based. We’re closer than we were before, but the lighthearted, carefree, “it’ll happen when it happens” playfulness is gone.

Had my baby been carried full term, I would be due in November. Honestly, I’m terrified of how I’ll feel if I’m still not pregnant by then. Time will tell.