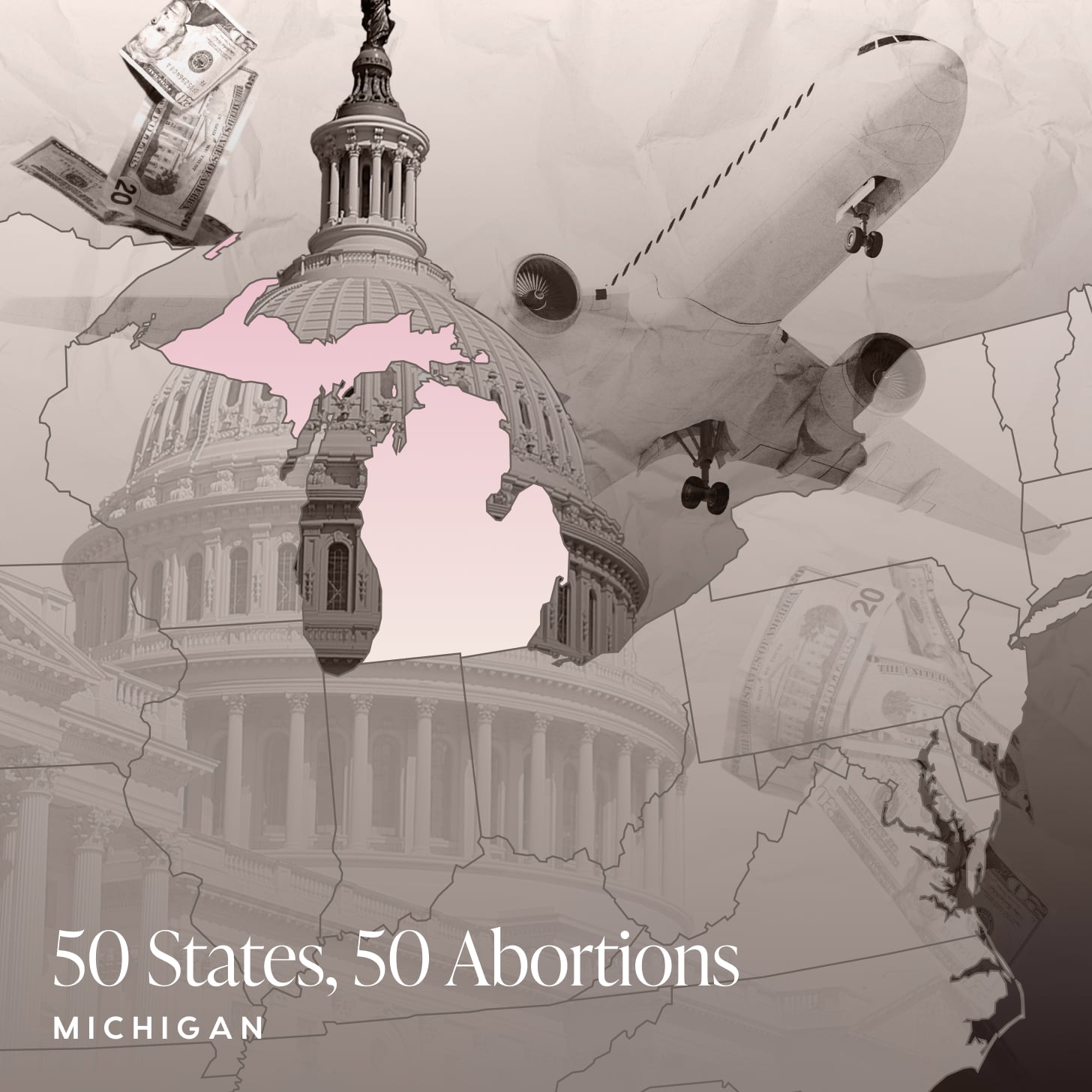 It happened over 30 years ago; I was 23 years old. I knew people in high school who had abortions, so it wasn’t that unusual. I didn’t expect mine to be a big deal. I didn’t give the procedure much thought. I was in graduate school, in a PhD program that was important to me, and I didn’t think it would be possible to do that with a baby. I also wasn’t really with either of the two guys who might have been responsible.

I had a diaphragm, which needs to be filled with contraceptive jelly or cream before insertion to kill sperm and prevent pregnancy. But I didn’t use the proper amount of jelly because I was trying to make a tube last longer than it should have. I didn’t have enough money for another tube. Right around the time I was expecting my period, I had some breakthrough bleeding, so I felt assured that everything was OK.

The second month, though, I missed my period. I knew I was pregnant; I had begun to suspect it before that because I was feeling nauseated and exhausted. Pregnancy tests weren’t readily available at the time, so I went to health services at the university to have my suspicions confirmed.

When I went to health services, I wasn’t sure if I was one or two months pregnant because of the breakthrough bleeding. The doctor didn’t do an ultrasound to find out. He deliberately led me to think that I was less pregnant than I later found out I actually was. He told me I had to wait to have an abortion until I was further along, I think in the hopes that he would dissuade me from going through with it. (Editors’ note: It’s possible to have an abortion as soon as a person tests positive for pregnancy, although Planned Parenthood notes that some providers ask people to wait until their fifth or sixth week.)

I lived in a state where abortion was totally legal. The university supported it, and there was even a discount for students at the clinic. You’d think it would all be super straightforward, but it wasn’t. I still ran into lies and efforts to prevent it. Then I had to raise something like $400, even with the discount, which was impossible because of how little the university was paying me in my PhD program. I ended up getting $200 each from the ex-boyfriends, but with a lot of difficulty. They were angry enough about it to pretty much stop talking to me after that.

Finding a ride to the clinic was another challenge — it was about an hour away on a highway in the middle of nowhere, I think to discourage protesters. But once I got there, it was fine. I had an ultrasound that confirmed I was right on the edge of 12 weeks. Everyone at the clinic was really nice. There were no rules about what they had to tell me or couldn’t tell me, making me wait 24 hours, or anything like that. Everything went very smoothly.

The process itself was painful, partly because they only offered me Valium, which I turned down because Valium makes me feel horrible. It was painful, but compared to, say, giving birth, it was definitely way less painful. The pain lasted only for a few minutes, and then I was better almost right away. I spent the evening feeling sorry for myself, but I was certainly physically better in the morning.

I thought I was fine, but I was angry. My desire to keep the pregnancy a secret made everything a lot harder. Going through the whole first trimester put me behind in my classes because I was just tired and sick all the time yet couldn’t tell anybody why. Catching up became an issue, too. The abortion also made me want to have kids soon and be in a relationship. Not long after, that led me into a marriage, which turned out to be abusive. The abortion affected me, although it’s hard to say what I would’ve done if it hadn’t happened.

Still, I’m grateful that I was in Michigan and abortion was legal. I was in such a favorable position. I had the university behind me, and I lived in a state with no restrictions. Even so, the experience was still difficult for a 22-year-old to navigate. But I was able to go on to have three great kids and my PhD. Without Roe, that would not have been possible.