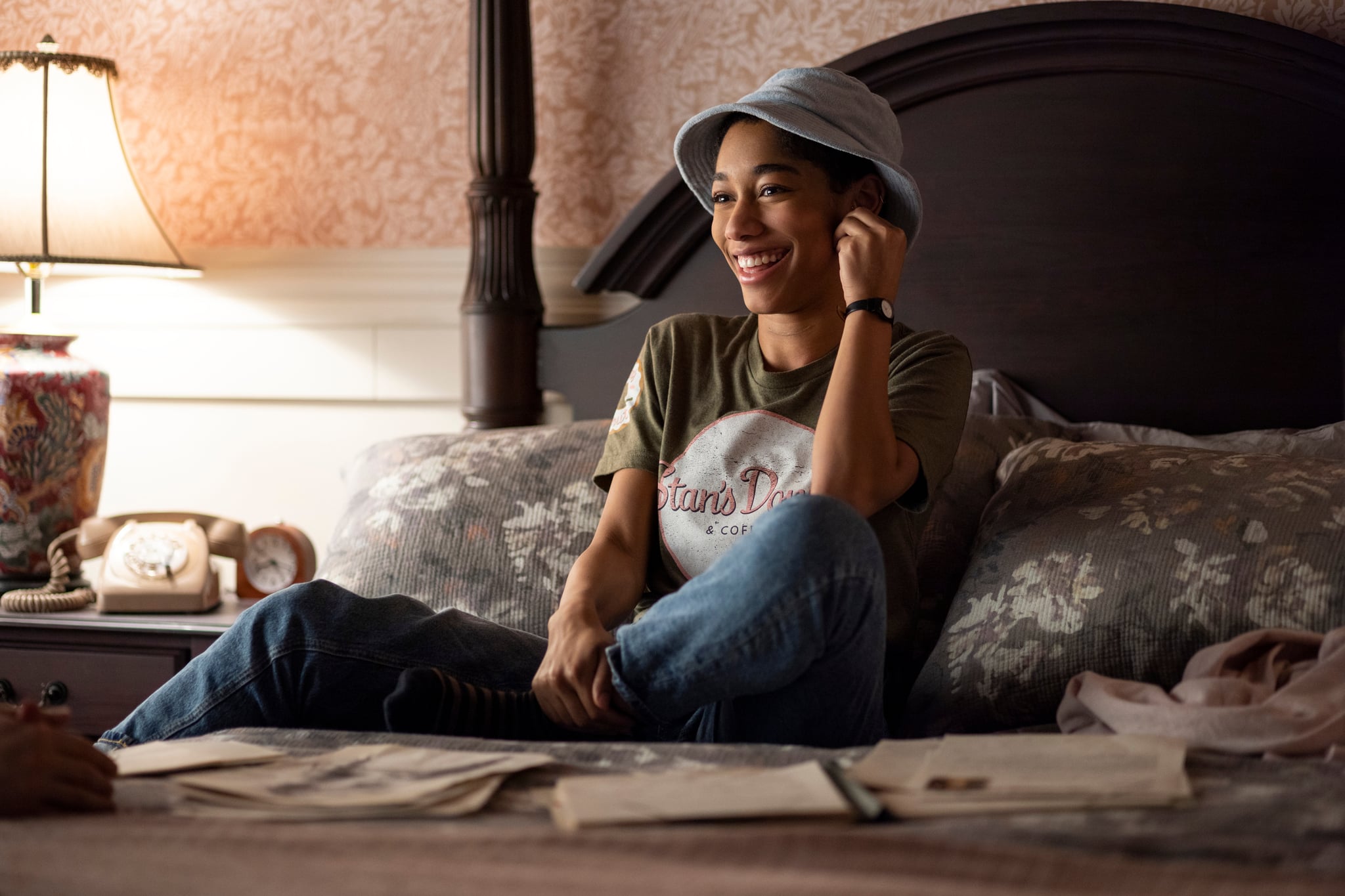 In our Q&A series POPSUGAR Crush, we get to know some of our favorite celebs’ more intimate details — from their ideal first date to their most romantic gesture. This month, we’re crushing on “The Midnight Club” and “Alexa & Katie” star Iman Benson.

Iman Benson has a personal connection to her role in “The Midnight Club,” which premiered on Netflix in October and rose to No. 3 on the streamer’s Top 10 list, from the start. Her character, Ilonka, discovers she has terminal thyroid cancer within the first 10 minutes of the series, and her experience coming to terms with her diagnosis and mortality lays the foundation for the show’s meaningful, yet haunting events.

“I think most people have their own experience with cancer, whether a loved one had it or somebody they know had it,” Benson tells POPSUGAR. “My mother had cancer, and I wanted to honor her . . . Through that lens, I have learned about the difficulties that cancer patients have to go through, or at least some of them.”

“I think most people have their own experience with cancer, whether a loved one had it or somebody they know had it.”

Benson has starred in projects that deal with the nearly universal experience of being touched by cancer in some way before, like her role in Netflix’s teen comedy “Alexa & Katie.” However, “The Midnight Club,” based on the 1996 teen horror book by Mike Flanagan, is unlike any previous project Benson has acted in (and not just because this one takes place in the 1990s). 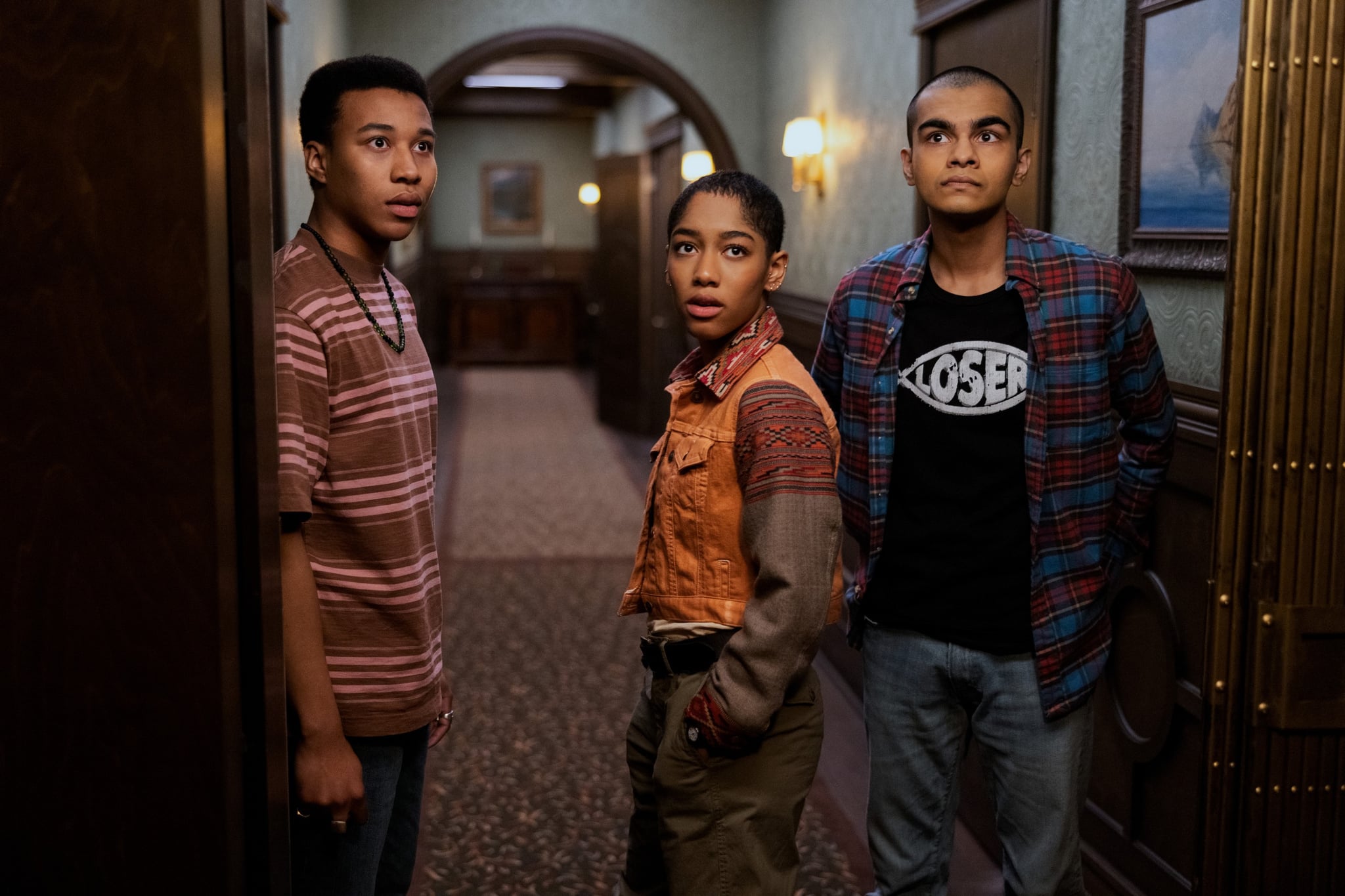 “I am a huge fan of Mike [Flanagan]’s work,” Benson says. “I think he does horror beautifully, and I kind of wanted to step into that world and challenge myself and do something completely different . . . [There are so] many cool layers to this project. You’re talking about working with terminally ill kids, you’re talking about horror, and also, there’s this whole fandom from the original book that came out.”

One of the show’s many layers involves the Brightclife Hospice center, which Ilonka enters as a patient under the pretense that she wishes to live out her final days in peace there. But, really, she’s convinced she’ll find the cure to her disease in the halls of the center because of a mysterious decades-old case of a former patient who disappeared from the center and returned inexplicably cured of their disease. “Ilonka’s a very intelligent, strong-minded girl – optimistic and hopeful and kind,” Benson says of Ilonka. “I see a lot of myself in [her] . . . I think the type of person that she is and how she chooses to deal with her obstacles really drew me to her.”

In her search for answers and a cure, Ilonka discovers The Midnight Club, a group of fellow terminal patients who tell each other scary stories every night and promise to send the rest of the group a sign from beyond the grave if they’re the first to die. The group starts experiencing various supernatural happenings along the way, but “The Midnight Club” is more than just a horror show. “I think the number one [lesson is] . . . everybody deals with illness differently and deals with that process of acceptance differently . . . knowing that they’re all valid and there’s no wrong way to go through that process.”

For Ilonka, that process involves uncovering the mysteries that haunt Brightcliffe and the potential for love with her fellow patient, Kevin. Benson adds, “I hope the number one thing fans take away from [the show] is just how lively our characters really are, and how big our imaginations are, and just how much fun we have living in our other worlds. And it’s not just about us being ill. It’s about us being regular kids as well with still-regular problems,” she says.

Check out the rest of Benson’s interview ahead, and then watch “The Midnight Club,” which is now streaming on Netflix.

Probably journaling. Being able to get my thoughts out on paper and compartmentalize everything up there.

What is your signature scent or perfume?

Probably dinner and then . . . a nice view, and then, hopefully, a good conversation.

Cute heels, jeans, a dressy top, and a cute bag.

I went to Disneyland . . . and I would say a group of 50 girls came up to me and they had watched “Alexa & Katie,” a show I did a couple years ago, and we all just talked for a while and hugged. It was so cute. It was pre-COVID, but it was so cute.

Make sure that you’re pouring into yourself first because you can’t pour from a glass that’s empty.

Best trip you’ve ever been on?

I recently just came back from Europe. I did a bunch of different countries. I would say probably Switzerland.

I don’t have it on, but my dad got me for my 21st birthday a really pretty necklace. It’s a key. He got it for me while it was filming “The Midnight Club” as well, so it was like a two-in-one present.