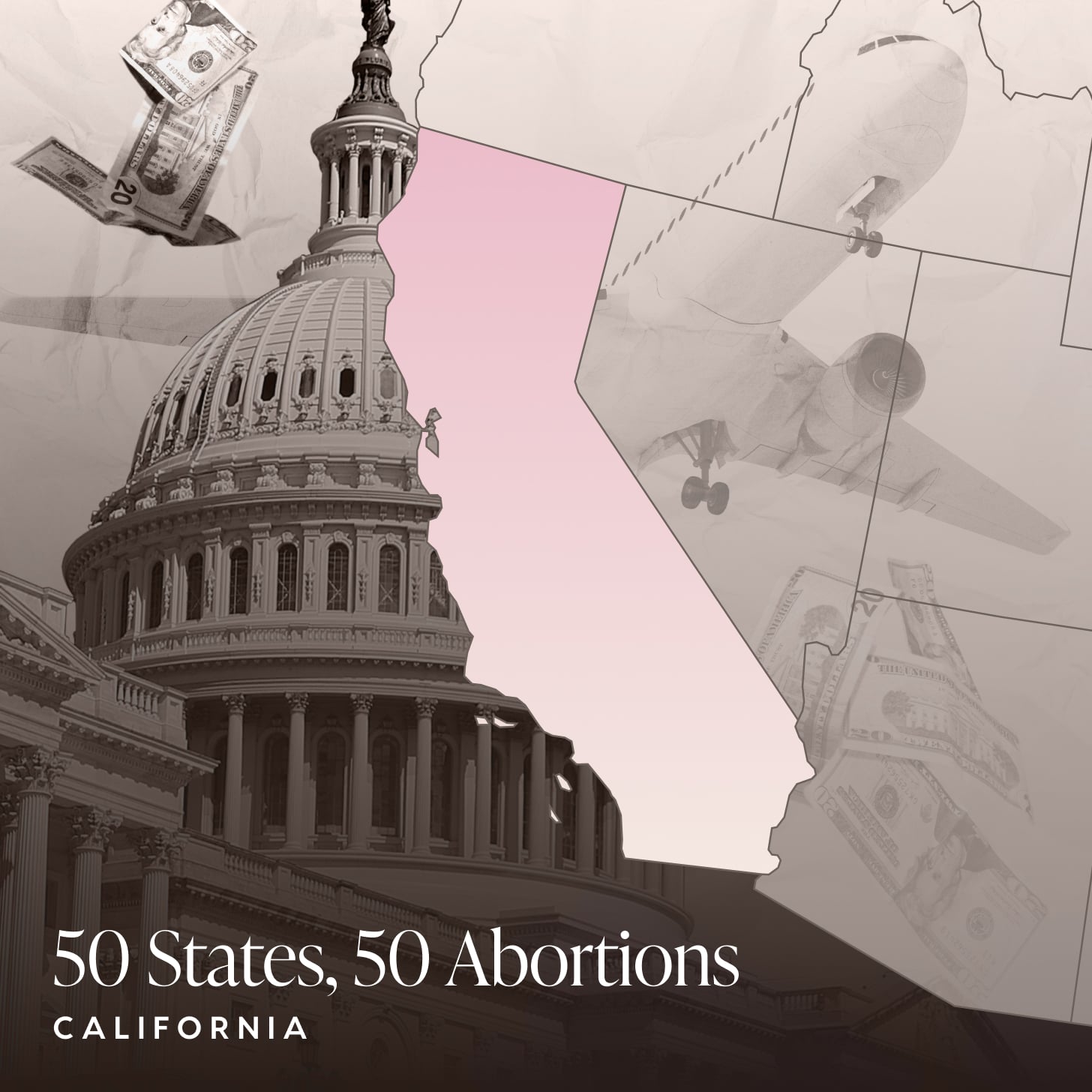 The information in this article reflects one individual’s personal experiences with self-managed medication abortion, a process that is illegal in some states as of press time. It is not intended to advise anyone on what specific course of treatment to pursue or to provide medical or legal advice. Anyone uncertain about what course of action is appropriate for them or their situation and what course of action is possible for them where they live should consult professionals familiar with their circumstances and the applicable state’s laws. The reproductive justice organization If/When/How has more information about self-managed abortion.

I’ve had three abortions. The first one happened in 1999, when I was 21 years old. I was in college, and I fell in love with this artist who I thought was committed to me. We had sex without a condom. I went to LA to do an arts internship and he accompanied me, but then he took a trip to his home in Chicago. He said he would be back. During that time, I found out I was pregnant. I told him, and I never heard from him again.

I didn’t want to have a baby at that age, early in my career. The first place I went to was a general hospital, and the nurse discouraged me from having an abortion. I ended up going to a local health clinic instead, where they gave me a pregnancy test and talked to me about my options. They referred me to Planned Parenthood, where I had the abortion. A good friend gave me a ride and helped me pay for it — I think it was $300. I went to sleep, woke up, and it was done. It really hurt to be abandoned and not have support from the man who got me pregnant, but after the abortion itself, I felt relief.

In 2011, I had unprotected sex on a trip with an artist friend. I wasn’t trying to be in a long-term relationship with this person; it was just a casual thing. I’ve never been on birth control because it hasn’t been a good fit for me, and my periods are very consistent. I usually track my cycle and take precautions when I’m ovulating, like using condoms or avoiding sex with cis men, and that had worked for me in the past. But since I hadn’t had sex in a long time, I wasn’t following my cycle so closely.

I told my friend I was pregnant and that I didn’t want to be a parent, and he said he wasn’t ready to be one either. He supported me, took me to an appointment, and helped me pay for it — it was about $400. I did it at a Planned Parenthood in Oakland, and again I felt relief. I felt grateful for the access I had and the fact that this time, I wasn’t alone.

The third abortion was in 2019, when I was 41. From 2014 to 2018, I’d been in a relationship with somebody who was very emotionally abusive, and after that ended, I started a new relationship that I thought was going to be stable. I was with them for a year, and I broke up with them when I realized we weren’t compatible. Two weeks after the breakup, I found out I was pregnant. I contacted him, and he abandoned me, which was really traumatic because I was like, “It’s been 20 years, and I’m in this situation again.”

It was when I was seeking my third abortion that I realized I needed real, deep healing around the relationship choices I was making and what they cost my body, as well as some generational trauma I was carrying.

My mom was forced to give up her firstborn. She was an immigrant from Peru, experiencing domestic violence, and she gave birth at a Catholic hospital where they didn’t speak Spanish. They highly encouraged her to give up her child, which I feel is more coercion when you don’t know the language. It’s a secret she kept for 31 years, so there’s womb trauma on my mom’s side.

On my dad’s side, my grandmother, who was Afro-Peruvian, was a maid for a white Peruvian man. He was married with a family, but he also had three kids with my grandmother. To me, that amounts to assault because he was her boss. She didn’t have a choice, and she didn’t have access to abortion.

So I realized I had inherited generational womb trauma from both sides of my family, and manifested in my shutdown around being a mother. I wanted to address that, and I also felt like I needed to understand what it meant to have an abortion.

Therefore, in this abortion, I did things differently. I contacted a friend who is a doula and part of a home network of abortion providers and birth workers — midwives, doulas, nurses, and doctors who help with pregnancy, birth, and the postpartum period. She said I could do the abortion at home with mifepristone and misoprostol pills, which I got from a collective of birth workers who also facilitate abortions. She came to my house and helped prepare me. There was a spiritual aspect: we talked to my vulva and my womb and made a whole ceremony around it. I felt like I was entering the experience in a very different way. I didn’t numb myself because I wanted to understand what was happening in my mind, in my body. I wanted to feel the consequences of my choices.

The pain and sadness kept me up all night for eight hours. I felt how much my body was fighting me, and it was very humbling because I realized my body has the potential to give life. I thought about how I had ended up in these situations, because I didn’t have the tools to navigate due to my upbringing in a culture that didn’t talk about sex or womb trauma. I thought about my grandmother, my mom. It was a very spiritually deep, transformative night, and I was fully present in the process.

After about 48 hours, the embryo came out, and I was able to see it. It was a combination of tissue and blood. It was very moving for me, and I was fascinated with what my body can do. I had a ceremony, and I buried it in the backyard. I realized I had never fully grieved my first two abortions, and burying my third allowed me to heal. For me, being able to grieve doesn’t mean that I regret the abortion. It means that I want to be able to grieve a life that could not be but is always with me in my heart.

I absolutely believe we need to fight on the political front to keep abortion safe and accessible, but sometimes our messaging can be very binary. We make it about whether or not the state “allows” you to have an abortion. I think what gets lost is that there’s a spectrum of how you can have this experience. For thousands of years, there have been birth workers who carry knowledge around abortion, and these networks are strong today. They can guide you. You don’t necessarily have to have an abortion on a surgery bed in isolation if that’s not what you want. The alternative could be a safe and intimate process with loved ones, especially now with the availability of abortion pills. For me, my third abortion, the only one that was self-managed, initiated a lot of healing. Now I am 44, and having choice has greatly helped me become ready for motherhood, and I’m open to what that looks like.

I also think we should work toward normalizing self-managed abortions. I know we live in a culture that doesn’t encourage us to have full agency, to prioritize our pleasure and our worth. But we have to trust knowledge keepers and traditions in our cultures, many of which have been erased by colonialism, white supremacy, and patriarchy.

We also have to destigmatize these experiences and share our stories. When we keep them in the shadows and in isolation, it leads to disempowerment. But since about one in four women have an abortion, that makes it a normal thing. Sharing our stories will move them out of the shadows and into the light.