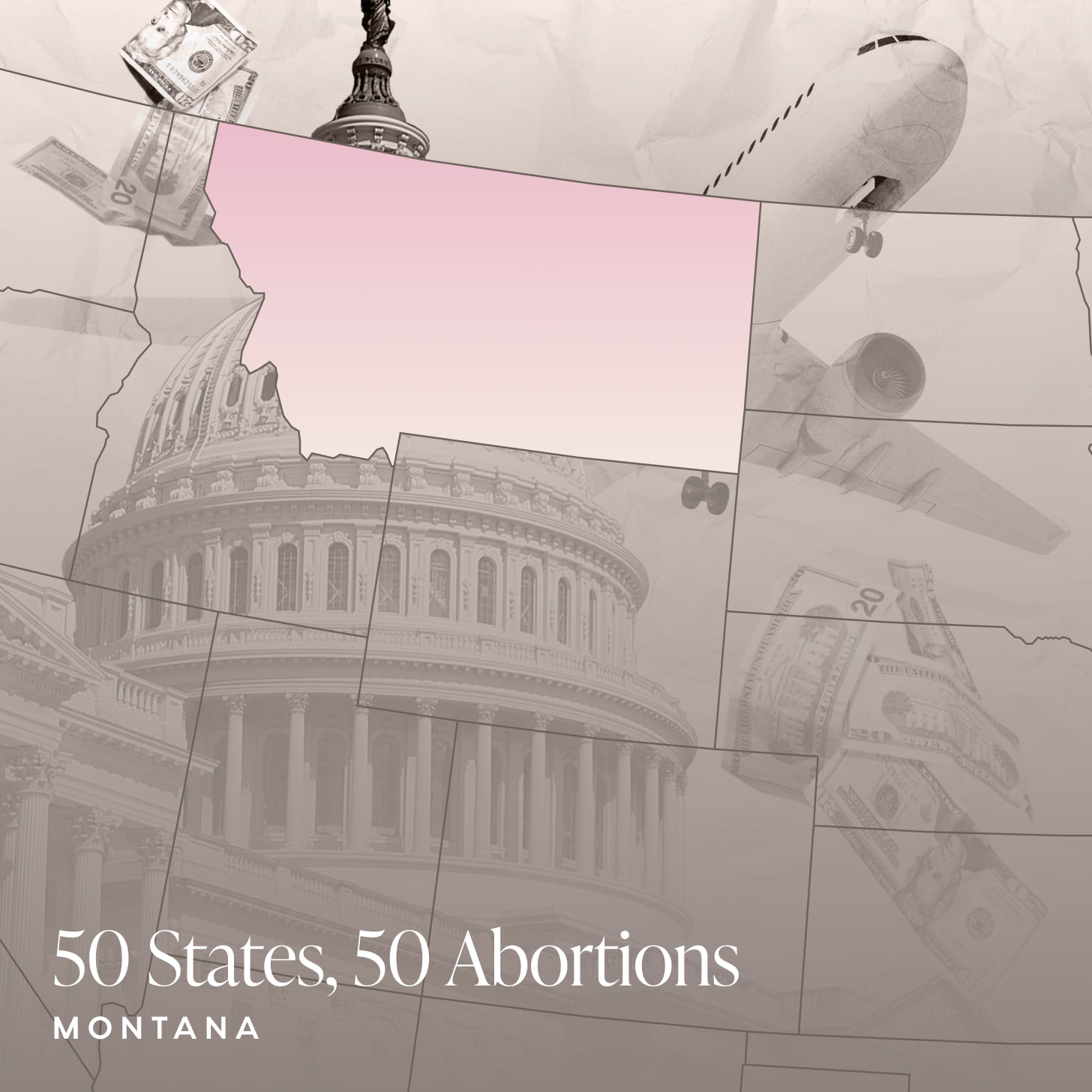 I’ve experienced what I call “the trifecta”: I’ve had an abortion, given a child up for adoption, and raised my own children. Not one of them was easy to do — but I wouldn’t have done anything differently.

When I had my abortion, I was 20 years old and in college. It was 1980, and I ended up traveling two hours to Missoula, MT, for abortion services. I thought I might be pregnant because my boobs hurt and I didn’t get my period, so I made an appointment at Planned Parenthood to get a test. When I found out I definitely was, I started crying because I knew I’d have an abortion. There was no way I was going to carry the pregnancy; I was not in a situation where I could do that. I was not ready to parent.

I had zero support from the guy who got me pregnant, and I had to borrow the money from my brother and his wife because I didn’t want to tell my mother. I don’t remember exactly how much it cost — I want to say it was $500 — but it might as well have been a million dollars because I didn’t have any money. Traveling to Missoula, paying for food and gas, and getting a motel near the abortion facility only made it more expensive. I don’t know how I swung it, but I did somehow. This was a long time ago, so it’s hard to remember a lot of the details, but the actual procedure I remember vividly.

My best friend came with me for the abortion. We had to stay overnight because it was a two-day procedure. The first day, the doctor put this seaweed called laminaria that’s supposed to dilate the cervix inside my vagina. The next day, I went in and had a suction procedure. It was really f*cking unpleasant.

I was on the table and my best friend was in the room with me, and they turned on what was basically a vacuum, which was really loud. The nurse assisting the doctor gave me weird vibes — I could just tell she did not want to be there, doing that. She happened to catch her foot on something, tripped, fell, and hit her head hard on the corner of a metal fixture. It was gushing blood, so they had to stop the procedure and get her out of the room. In the end, her injury wasn’t important, but it added this extra-bizarre moment to an already surreal situation.

Going into the procedure, I remember being scared about what would happen. I think any time someone makes a decision like this, there’s a certain amount of emotional turmoil. You beat the sh*t out of yourself for it: “I shouldn’t have been so stupid,” or “Why’d I let myself do that?” There’s also the religious element leftover from childhood, like, “Am I going to burn in hell?” I remember my grandmothers saying abortion was the biggest sin you could ever make, stuff like that. It rings in your head, even if you don’t believe it.

For me, it was way more sad and difficult when I gave up my daughter for adoption a few years later. I was 23 and with a man who was not a nice person, even on his best day. We’d talked about getting married and having a baby, so when I got pregnant, we were in a committed relationship, even though it was pretty toxic. He would emotionally abuse me. He physically beat me a couple times. I was young, and I didn’t know better. I look back on those days like, “What was I thinking?” I would never let a man treat me like that now.

I realized I needed to get out before I gave birth to our child. I remember we got a crib and were setting it up — this was after we’d had a really big fight — and I said, “This is a really bad idea. We can’t have this baby,” and he just said, “Do what you want.” At this point, I was about seven months pregnant, so I chose to give the baby up for adoption.

I found a local children’s hospital with an adoption program, and the woman there was incredible. I really wanted my daughter to have a sibling because I had seven brothers and a sister, and I wanted that kind of life for her. I also wanted the family to be financially stable because I was not. And I wanted her to stay in Montana. Luckily, I found a couple who fit.

A few weeks before I gave birth, I had to go to court to relinquish my parental rights, and it was really emotional. The judge asked me if I was being coerced, if someone was paying me to have this baby, and if I was going to benefit financially. I remember thinking: “F*ck you, you don’t have any idea what I’m going through.” It was really, really hard, but I signed on the dotted line, and that was it. It’s a pretty cold thing. You’re basically saying: I’m not fit to be this child’s parent. I can’t do this.

I had her in June. It was a pretty intense birth experience. I had to hand her over immediately; a foster mother came to pick her up and kept her overnight, and I left the hospital. The adoptive parents came a few days later, and I was able to talk to the mom, and we both had a good, healthy cry. Then they took her, and that was that. I had a really hard time afterward, way more than I did after my abortion. I was a mess. I was depressed for a while.

People who are against abortion always say, “Adoption, adoption,” and they’re so cavalier about it. But it’s so much bigger than that. It’s more than just giving your baby up, so I get frustrated when I hear rhetoric like “give up your baby, we’ll take your baby” spewed at these poor women going into clinics all over the country. It’s not that easy. It’s a very personal, private choice.

I feel sad that people are so foolish, they think accidental pregnancies don’t happen. They do, and you don’t have to be 14 or 16. You can be 40 and get pregnant and be scared to death about having a baby. At the end of the day, when you get pregnant and you don’t want to be, there are only three things you can do — and none of them are easy.

Looking back, as someone who’s had an abortion, given a daughter up for adoption, and raised two beautiful sons, there’s one thing I’m profoundly grateful for: choice. I was able to do what I needed to do for me. My decision to be a mother only came after I was older and married. In my mind, the hardest choice was to parent. It’s not just about having the baby or not; becoming a parent means making a lifelong commitment to your children. I had the ability to make that decision, and I’m really scared for the women who won’t have that.

Honest to God, I don’t regret one single decision I made. Not one. Considering where I was each time, I made the right decision, and I’m thankful for it. I feel at peace about it all. If I could give advice to my younger self, gosh, I would say so many things: I would tell myself to leave the father of my daughter earlier, for one. But of all the things I would advise myself to do differently, I would change nothing about my reproductive health choices.