TWICE’s Jihyo has chatted with GQ Korea about her love for golf, her competitive nature, TWICE’s success, and more!

Jihyo reflected on her recently-developed interest in golf, explaining that it used to be more fun when she knew less. She explained, “I can’t say it’s deep now either, but at the very start, it was only fun. If I just hit the ball mildly well and it made a sound, I thought, ‘what is this? It’s so fun.’ Now that I’m starting to play properly, I’ve developed bad habits and I get angry when I can’t hit the ball well.” Laughing, Jihyo added, “I think my personality is starting to worsen.”

Describing her competitive nature, Jihyo shared, “I’m incredibly competitive but my concentration is very weak” and revealed that she doesn’t enjoy herself if she doesn’t feel competitive. When asked whether this competitiveness ever gets in her way, Jihyo answered, “Since I haven’t even played [golf] for a year, I’m still at the stage where I can forgive myself. I say, ‘it’s natural that you aren’t good yet.’” With a laugh, she shared, “However, if I had played for three years and I was still at this skill level? That’s when I could give it up.” 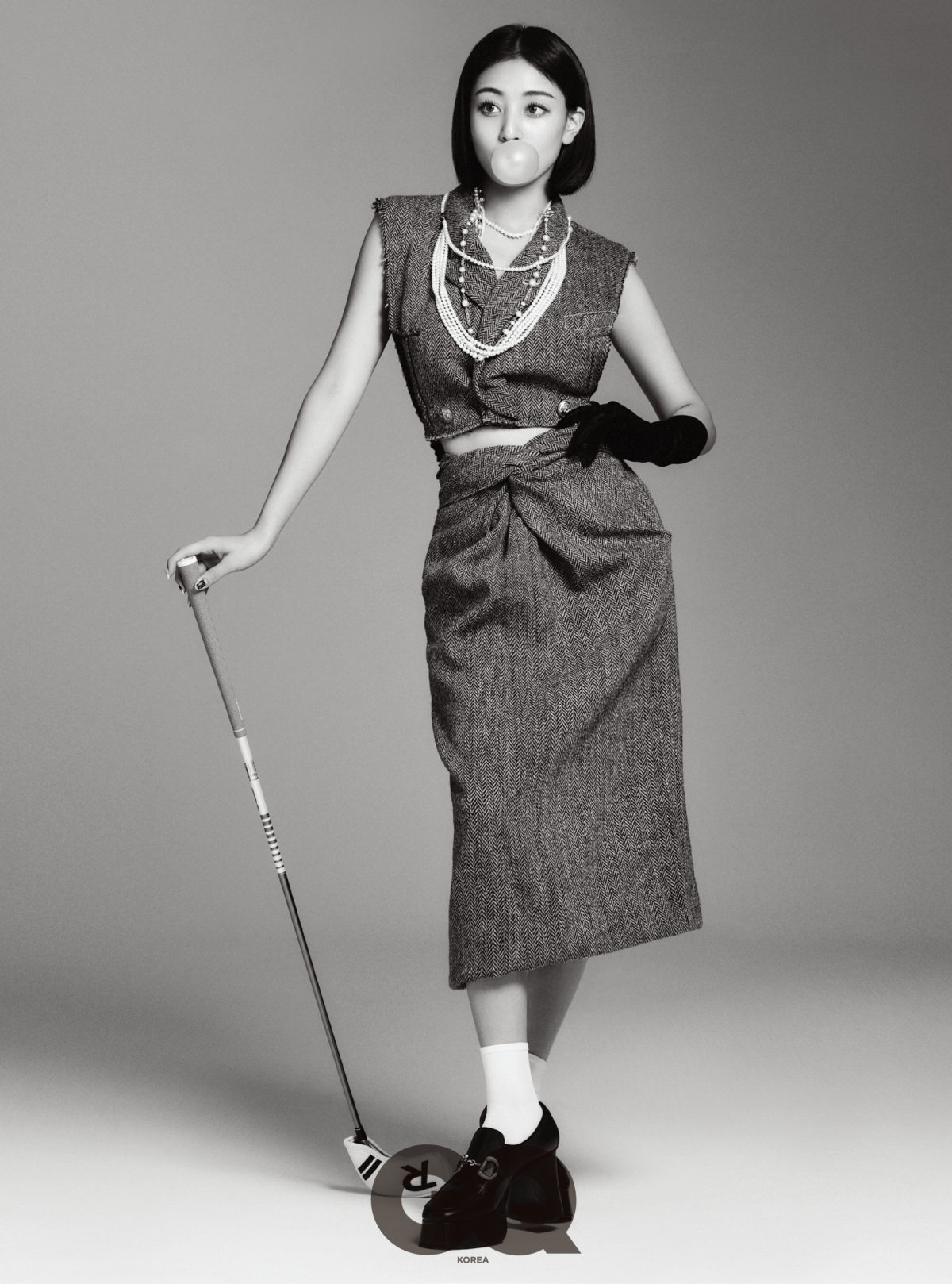 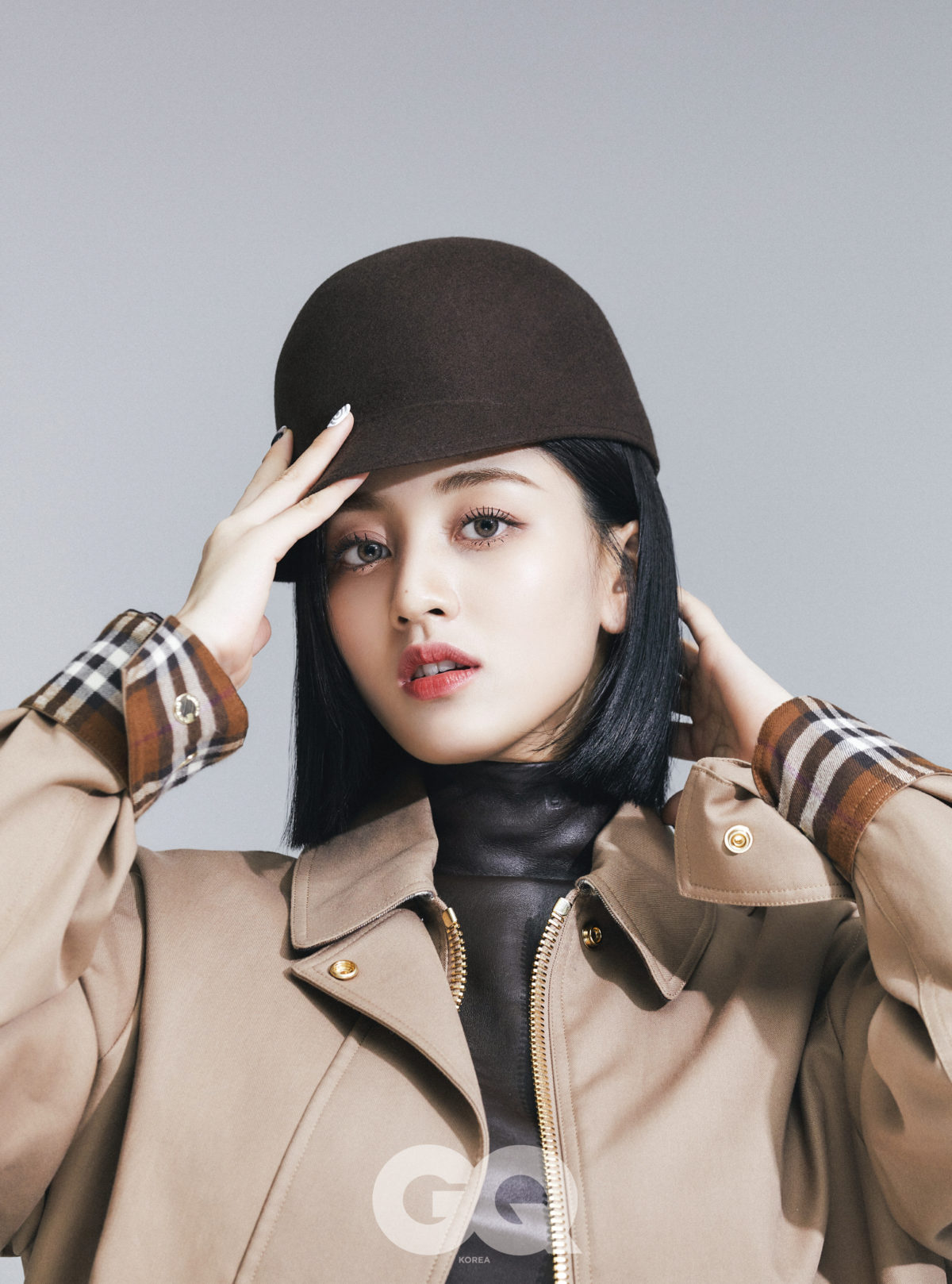 This summer, TWICE overcame the “seven-year idol jinx” as all nine members renewed their contracts with JYP Entertainment. In terms of golf, Jihyo shared that TWICE’s career was approximately at hole seven out of the typical 18. “We aren’t even halfway. As long as it’s possible, I want to be with my members for a long, long time. These days, when I see the attention we receive from overseas, I think this. ‘We are far away from ending.’”

Keeping with the golf analogies, the interviewer expressed their view that TWICE’s journey has only consisted of “good shots.” Jihyo shared her thoughts on this, saying, “We’ve fallen in the bunker many times. The same goes for hazards. There were a lot of difficult situations. Including myself, there were a lot of members who went through tough times. It’s incredibly sad to closely watch your family-like friends, whom you love very much, go through pain.”

Jihyo optimistically continued, “However, what I’m sure of is that we have never been out of bounds. Because we’ve overcome difficult periods and reached this current, happy time. As we have come out of bunkers and hazards, I think we’ve become even happier now.” 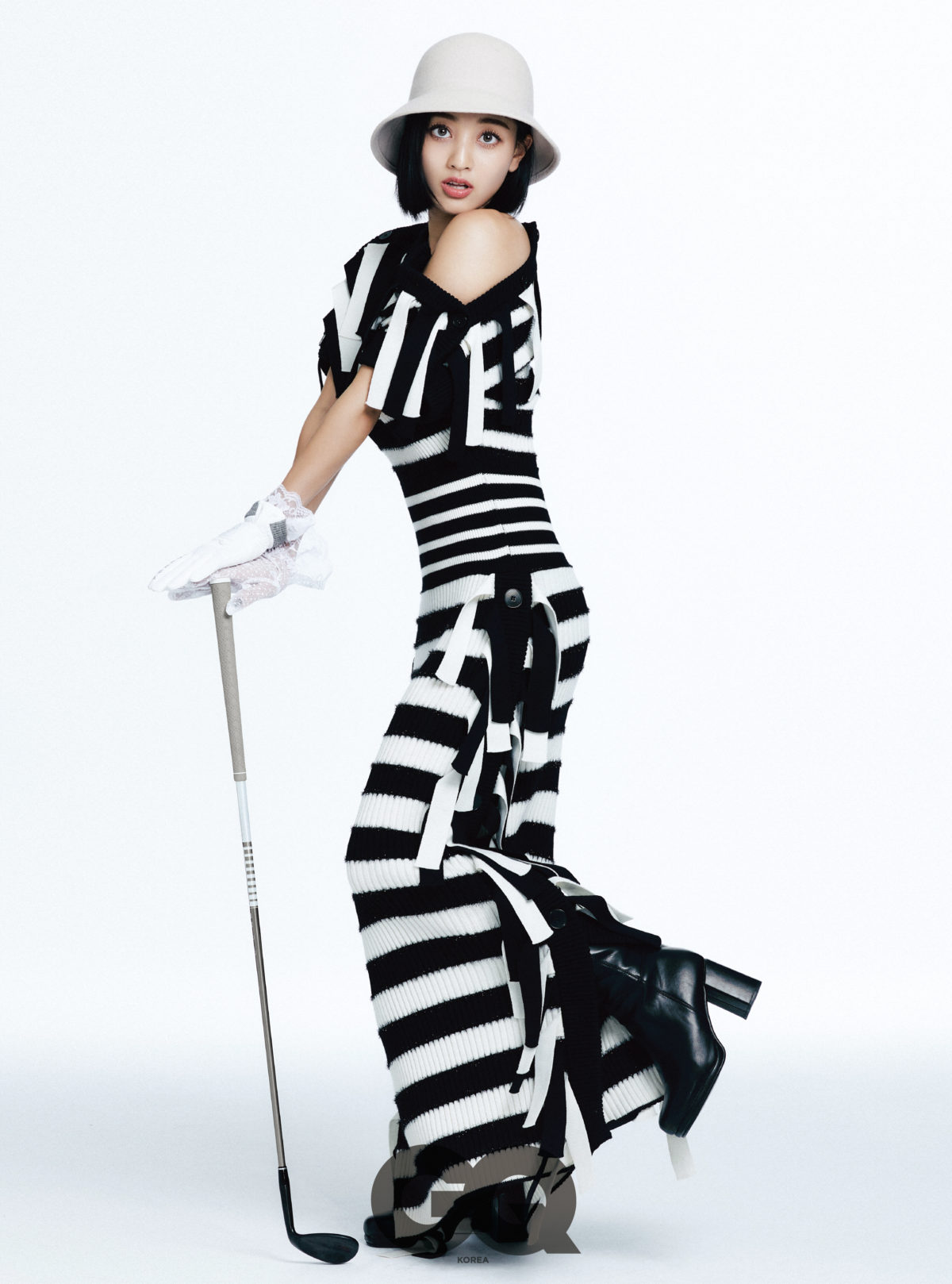 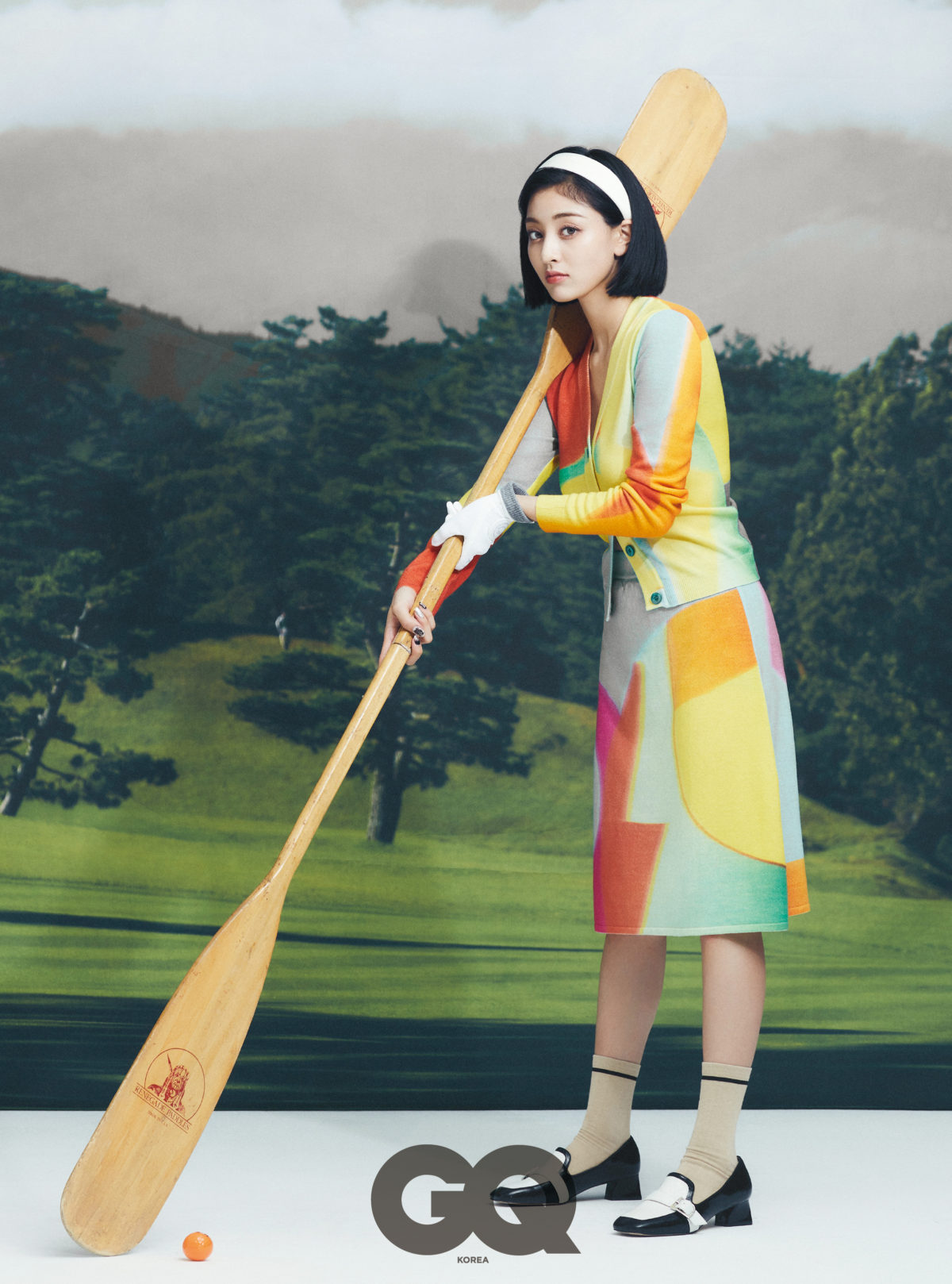 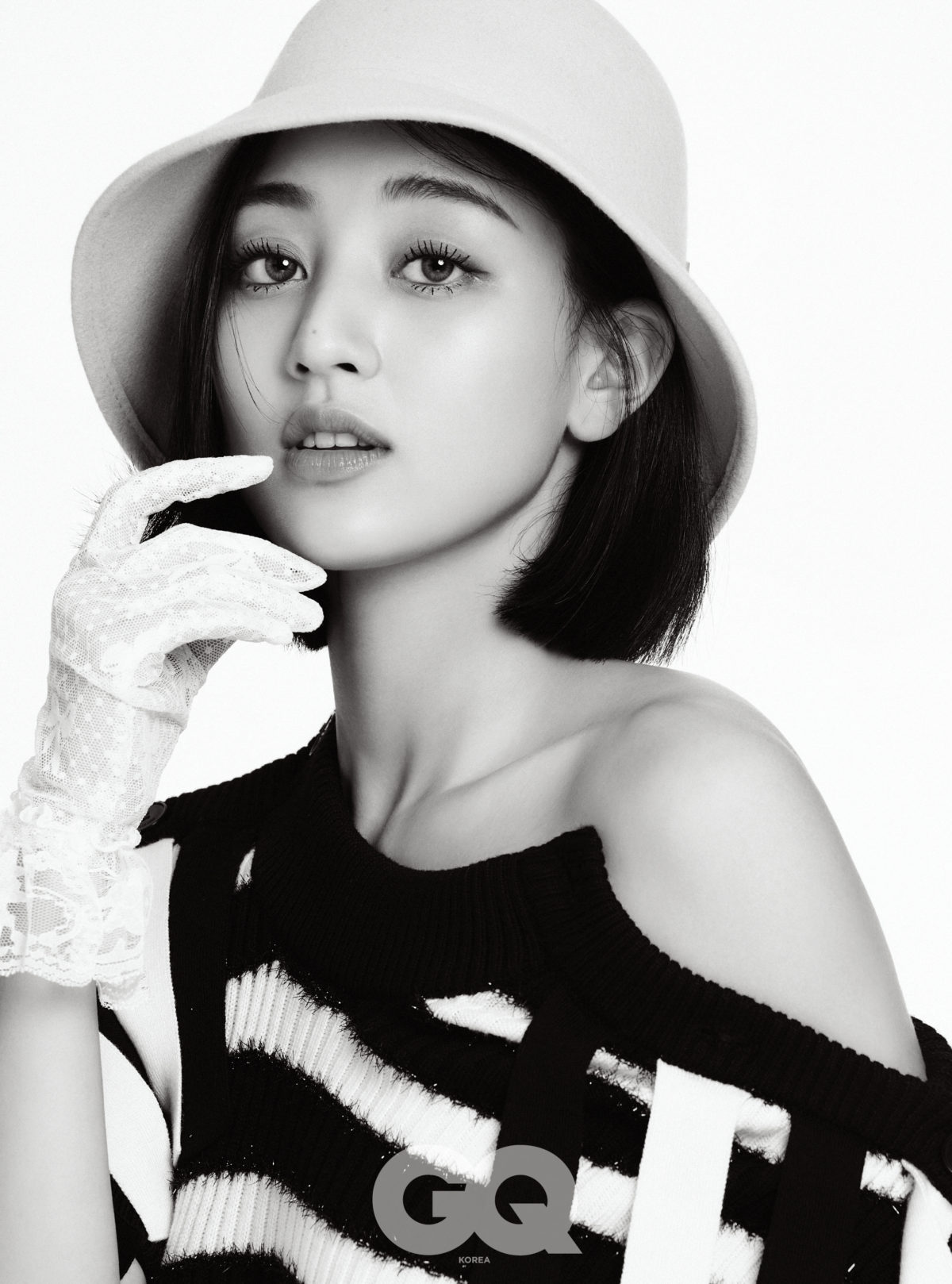 TWICE’s latest mini album “BETWEEN 1&2” features the track “Trouble,” which Jihyo composed and wrote lyrics for. She spoke about the difficulties of this process, saying, “Out of all the tracks I’ve written lyrics for, ‘Trouble’ was one of the hardest two. I couldn’t think of anything so I got a lot of help. I kept revising, getting confirmation, and revising again. I was even going to give up a few times but I thought I’d feel so regretful later on if I didn’t write the lyrics for the song I composed.”

In a recent interview, Jihyo explained that she no longer tries to set goals. She elaborated on what she meant, saying, “As TWICE, the goals we could set were things like No. 1 on a music show and No. 1 on a music chart. But after achieving these, I wondered, ‘Did I achieve my goals too early? If so, do I have to dream something bigger next?’”

“However, from a certain point on, I started thinking this,” Jihyo added. “‘Wouldn’t it be okay to just go with the flow? We already have enough greed and passion and we’re already doing well, so do we really have to pick a goal and only chase after that?’” 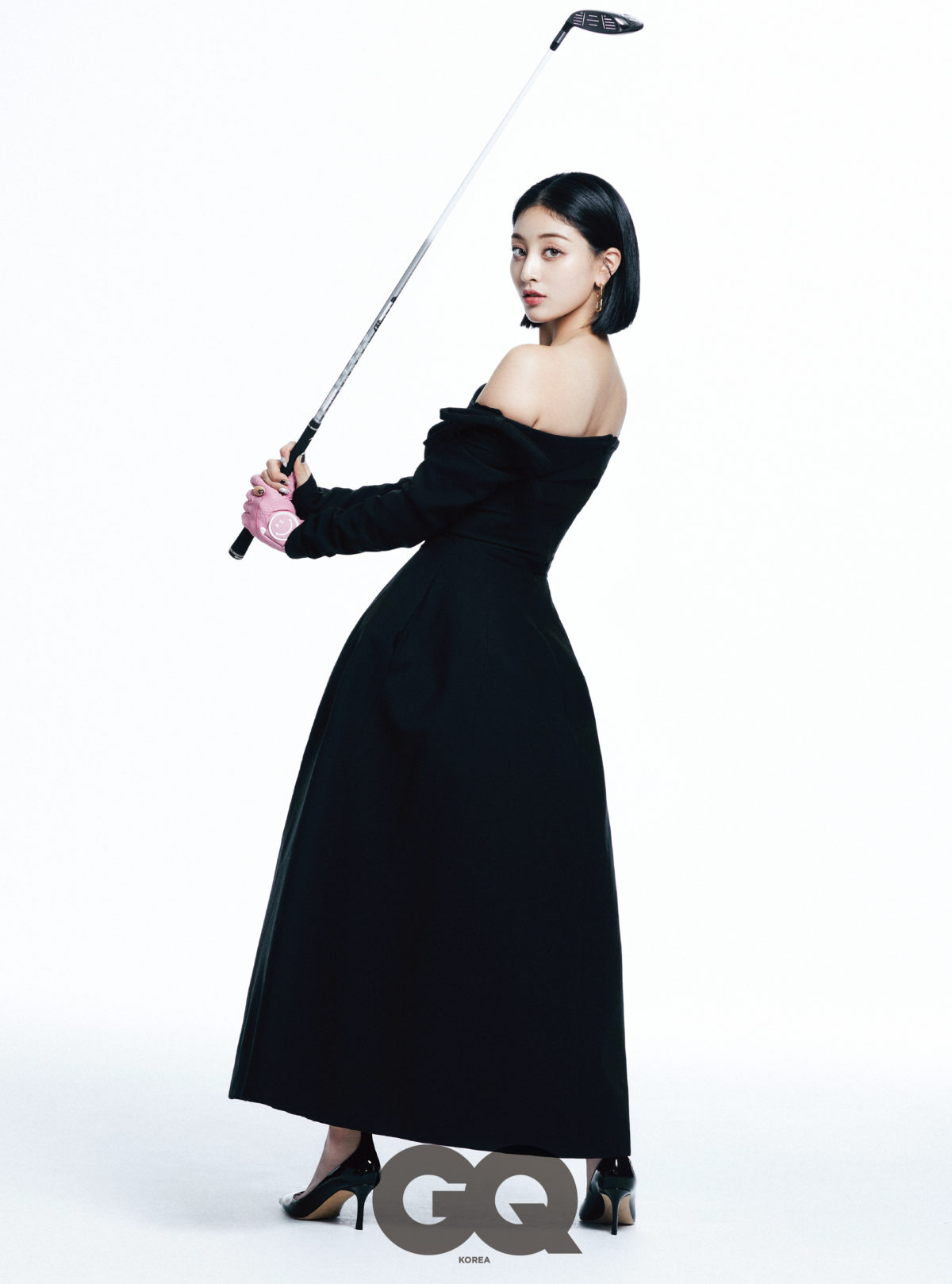 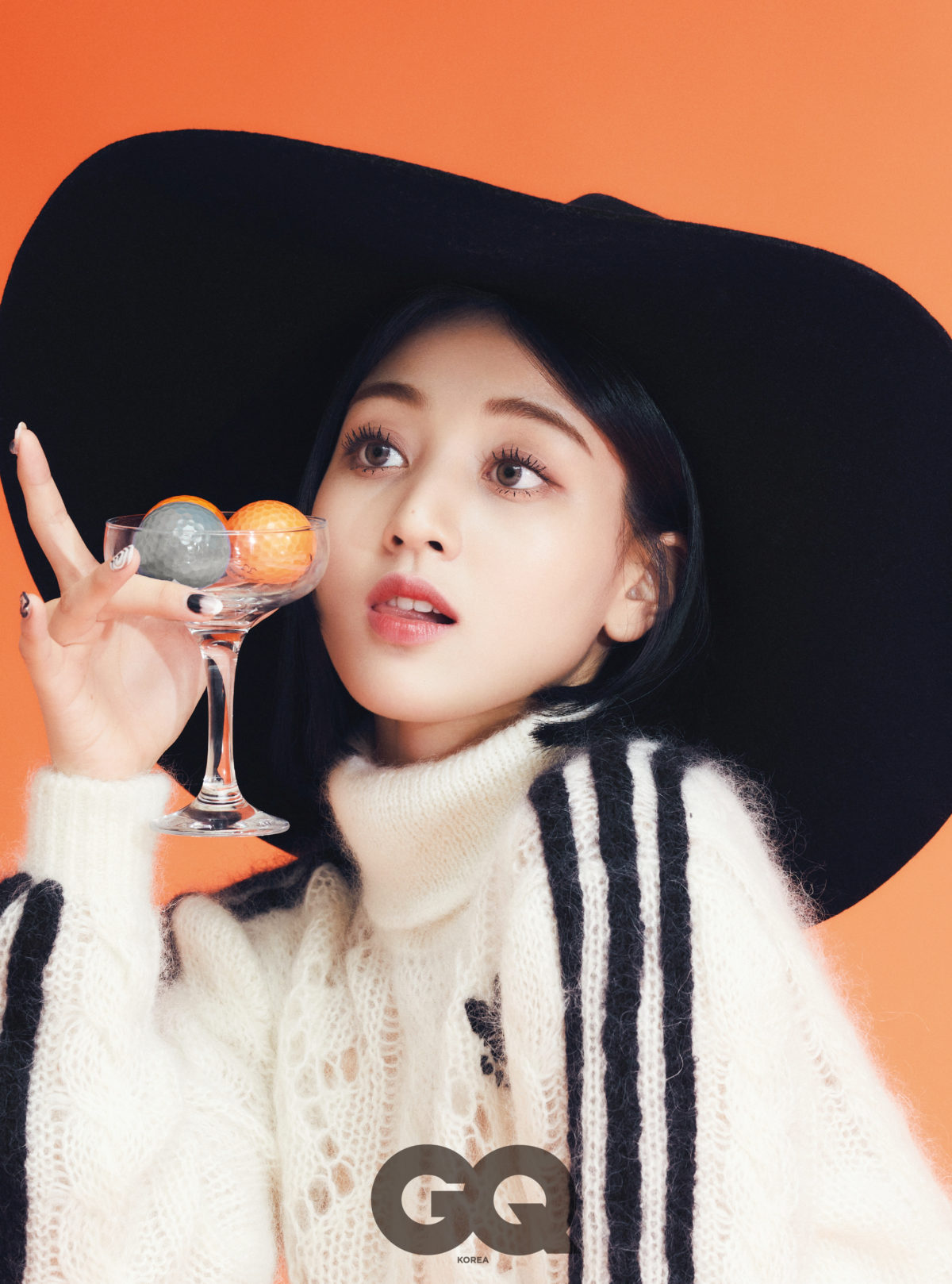 Regarding this shift in motivation, Jihyo continued, “These days, I think a lot about how I want to live each day happily. This is a recent change. This year, my positive gauge has gone up a lot while spending a comparatively leisurely period. Just finding small sources of happiness in each day, such as chatting with my [staff] unnies while getting my makeup done like I did today, or eating yummy food and filling my day happily.”

She added, “If that day becomes a month, then a year, I think it’s remembered as a happy period. I have so many years of life left so I don’t want to spend the remainder of my twenties only saying ‘this is hard.’ Even if I’m not perfectly satisfied, I want to remember my twenties as being enjoyable.”

The interviewer mentioned that Jihyo has discovered a new type of happiness and she commented, “Spending time with my family is now more fun than before and it’s more enjoyable no matter who I’m hanging out with. In the past, if I was busy thinking ‘what does that person think of me? Do they think poorly of me?,’ I now listen to what others are saying, say what I want to say, and have come to be able to express my emotions in the moment.” 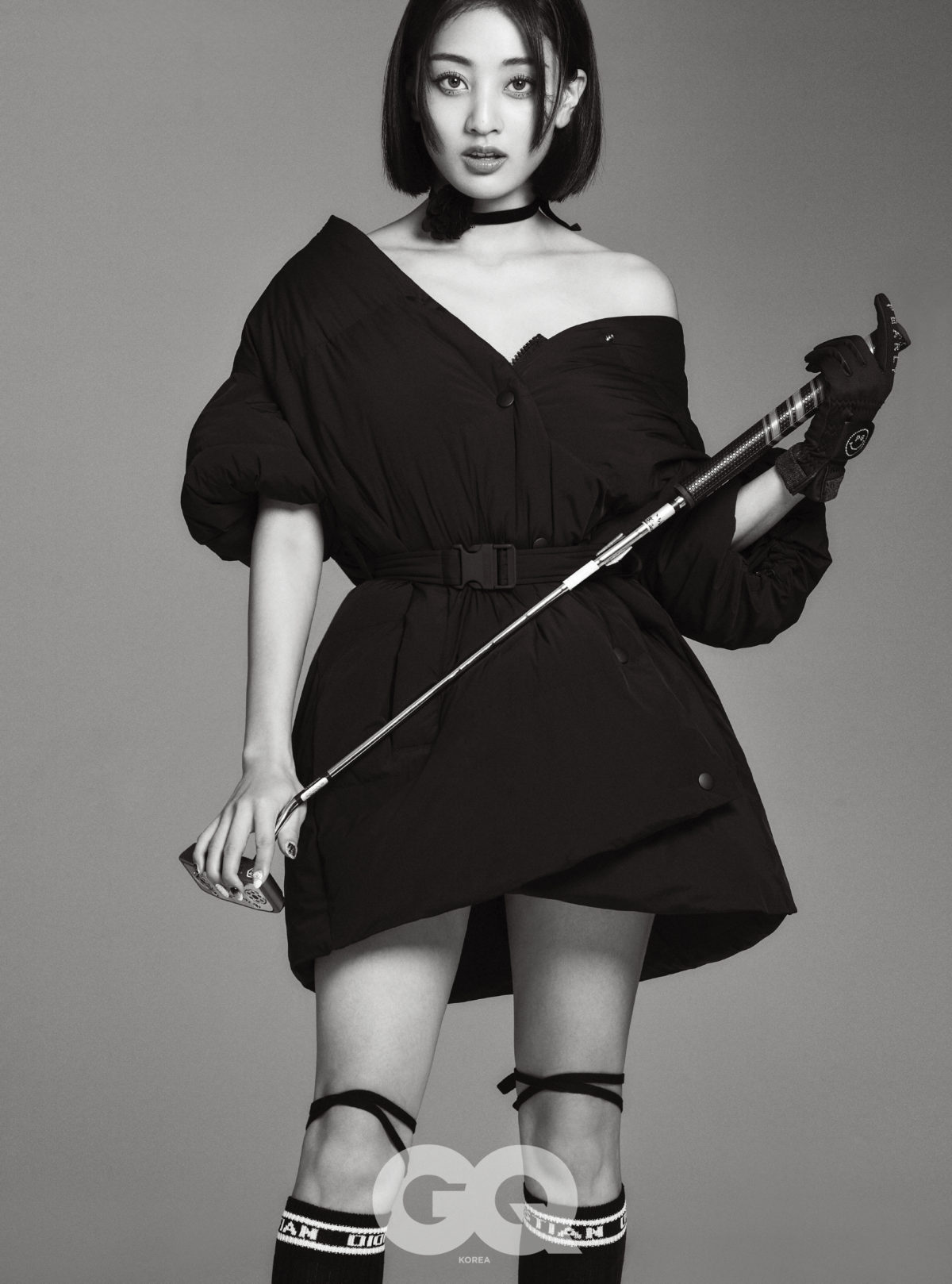 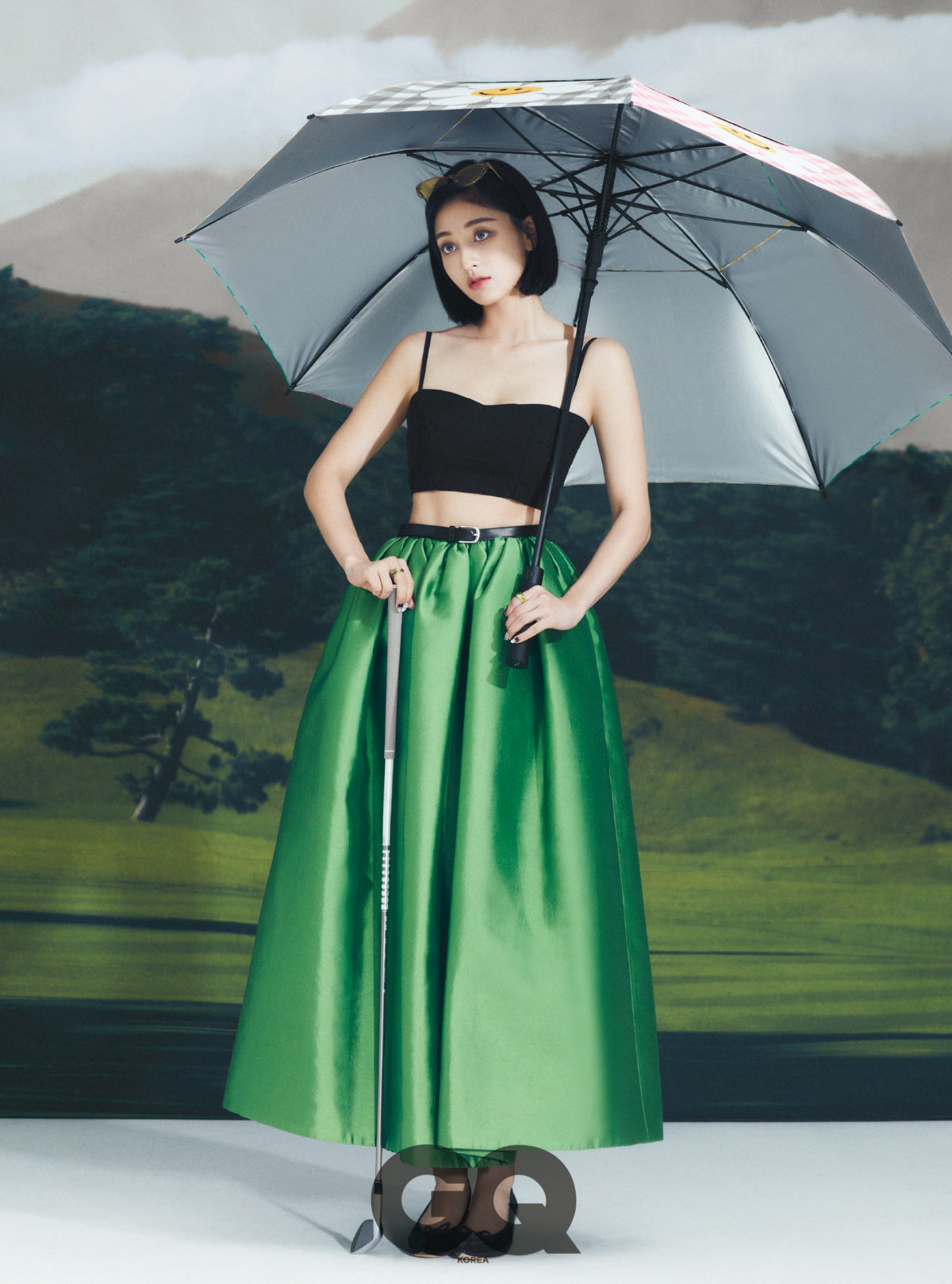 Jihyo’s full interview and pictorial with GQ Korea will be available in their upcoming issue!