At BLACKPINK’s recent “BORN PINK” world tour stop in Los Angeles, California, singer Camila Cabello stopped by for a surprise appearance where she performed her song “Liar” with Jisoo! Camila also highlighted her love for BLACKPINK by sporting a custom-made outfit made of the girl group’s tour merchandise.

After the concert, Jisoo took to Instagram to share photos of the duo and their collab performance. She adorably wrote in the caption, “It was so much fun singing with you @camila_cabello! Thank you for making my stage shine even brighter! P.S. Your outfit made out of our tour merch was SO cute!”

On her own Instagram Story, Camila also shared an earlier post by Jisoo featuring the two stars posing together. 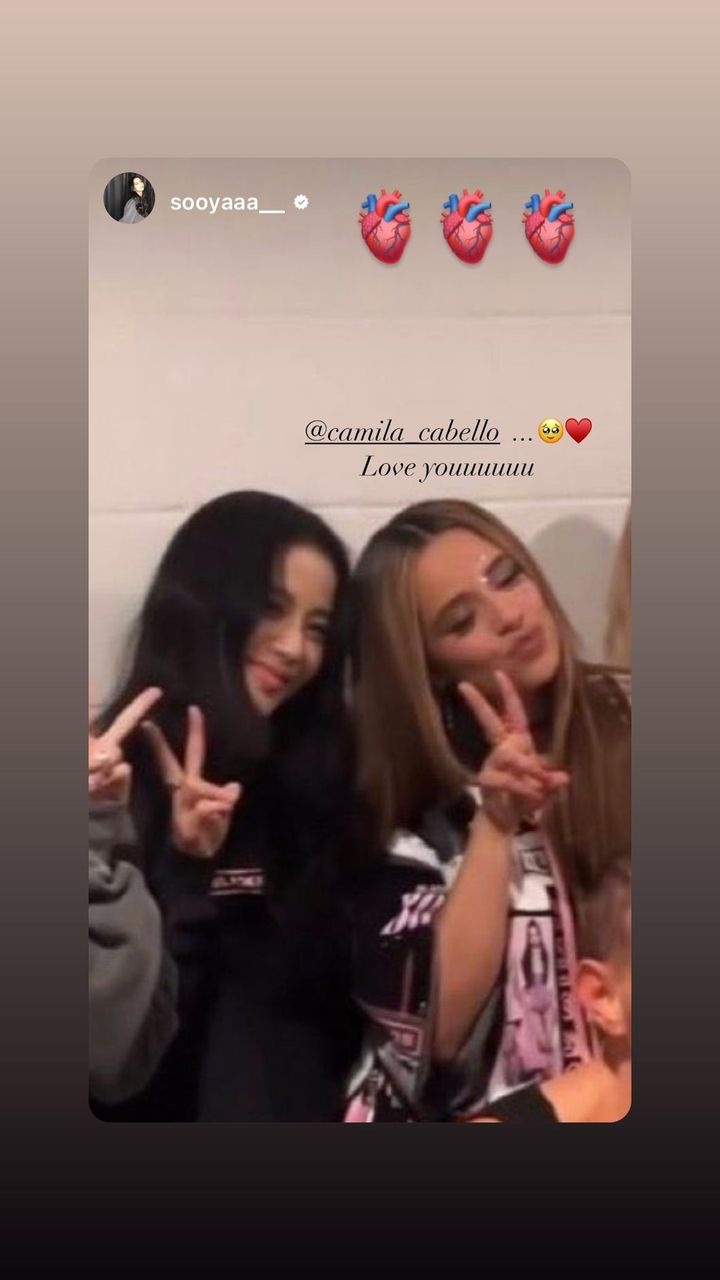 There were also many stars in attendance at BLACKPINK’s recent LA concert, including Jung Ho Yeon, Lily-Rose Depp, Rachel Sennott, and Amelia Kring.

BLACKPINK has now wrapped up the North American stops of their world tour, with their upcoming European leg kicking off in the United Kingdom at the end of November.