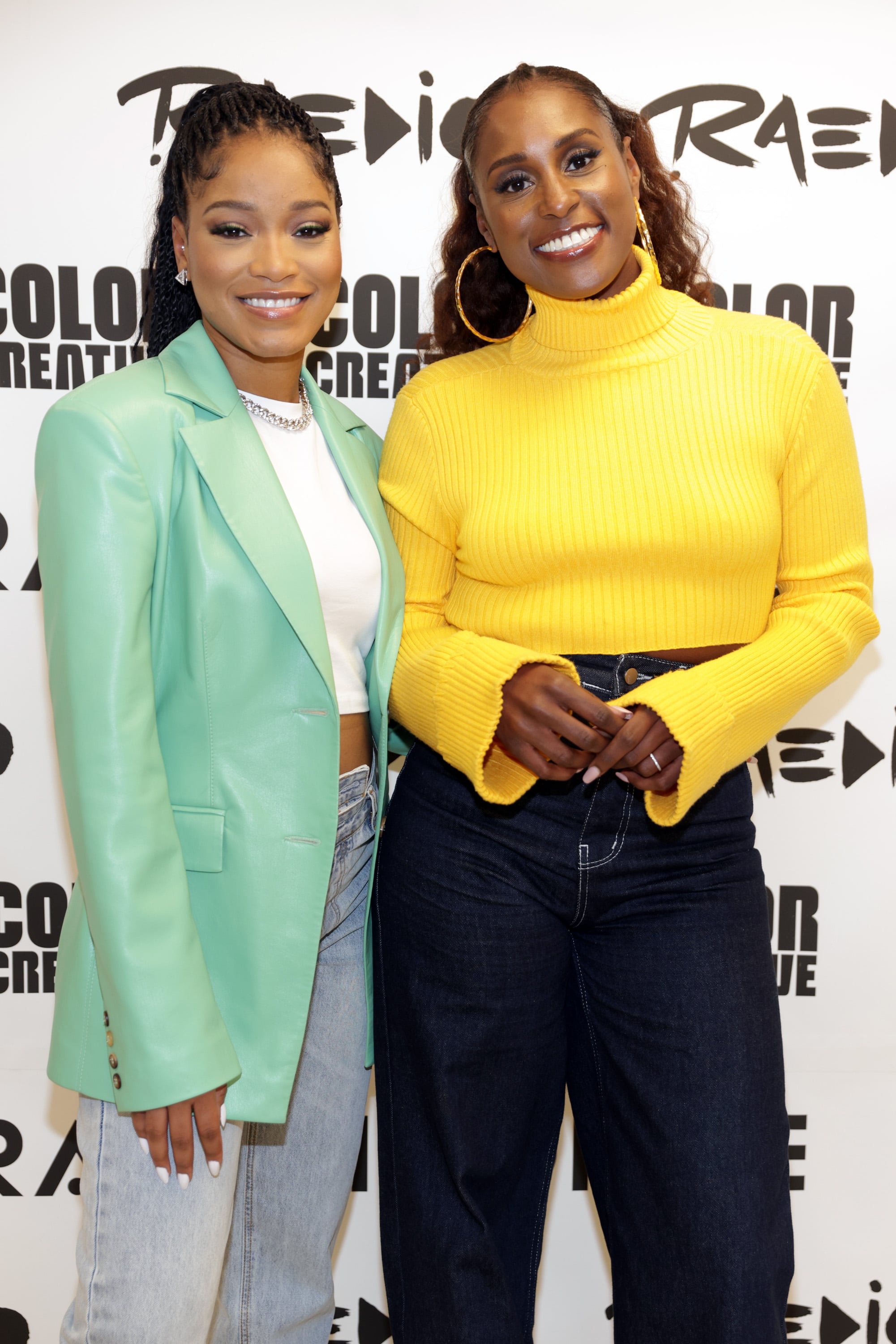 As usual, Keke Palmer is booked and busy — something she finds comfort in as someone always looking for her next gig. On the heels of her newly launched KeyTV platform, the actor, singer, trendsetter, and soon-to-be “Saturday Night Live” host (we could go on) spoke to POPSUGAR about partnering with Doritos in support of the brand’s new DORITOS® Dips launch.

“Issa Rae is a perfect example of the person who inspired KeyTV.”

“Doritos is saying goodbye to the boring snacks, and we are bringing in that big dip energy to every table with their brand new DORITOS® Dips,” she says. “When they said they were doing this, I was very excited that they thought of me.”

Speaking of dipping, Palmer has stepped into a new role as founder of KeyTV, one of her many proud accomplishments. According to her, Issa Rae was a big inspiration that helped her mold the vision for the network. “Issa Rae is a perfect example of the person who inspired KeyTV, especially when it comes to the digital space because she was the first person that I think really did that in a way that was just next level,” Palmer explains. “I definitely don’t want to act like there weren’t other people out there creating, but I think the way that Issa Rae did it with ‘Awkward Black Girl’ was just so inspiring.”

Palmer notes that Queen Latifah — who she worked with in 2004’s “Barbershop 2: Back in Business” — was also a major influence for KeyTV. “I grew up watching people like Queen Latifah, who not only broke barriers as an entertainer herself, from being a rapper to a singer, to an actor, to a producer . . . [She’s] done everything,” Palmer says. “She also has been a big part of putting me in a position to grow and excel, not only as an artist, but also financially. So KeyTV has been a big passion of mine that, I don’t know if I always knew, but in the back of my heart, I’ve always felt like, ‘Man, the more opportunities I get, the more that I want to be able to share what I’ve learned.'”

Palmer hopes her digital network can be creators’ “way of getting that creative and financial freedom,” she says. She considers having blueprints from peers like Rae, Latifah, and even Kevin Hart — whom she credits for being “very helpful and supportive” — as even more encouragement for her network. And now with 20 years of industry experience under her belt, her next focus is expanding KeyTV into a platform that’ll catapult the careers of other creators.

“They don’t always get the platform that they deserve to be seen and for their work to get out there,” she says of millennials, Gen Z, and BIPOC creatives. “So for me, I thought, ‘OK, you know what? I have this experience and I have this platform that I’ve been working on for the last 20 years. What if I created space that I could then lend that audience to and help some of these other creatives get those same eyes on them?'”

“At the same time, [also] showing my audience not only the entertaining content from the shows we create and produce, but the point of view of what goes into making those shows, [too],” she continues. “It’s honestly a big reason why I wanted to work with Doritos because they’re always finding ways to remain on the forefront of culture and connect with young, diverse groups of consumers. It all very much aligned for me in terms of just what I’m trying to do, the kind of eyes that I’m kind of trying to bring to it, and the kind of brands that I want to work with that are going to help me do that.”

Jimin’s Solo Album Won’t Come Out Until Next Year, but It’ll Be Worth the Wait

Jimin’s Solo Album Won’t Come Out Until Next Year, but It’ll Be Worth the Wait