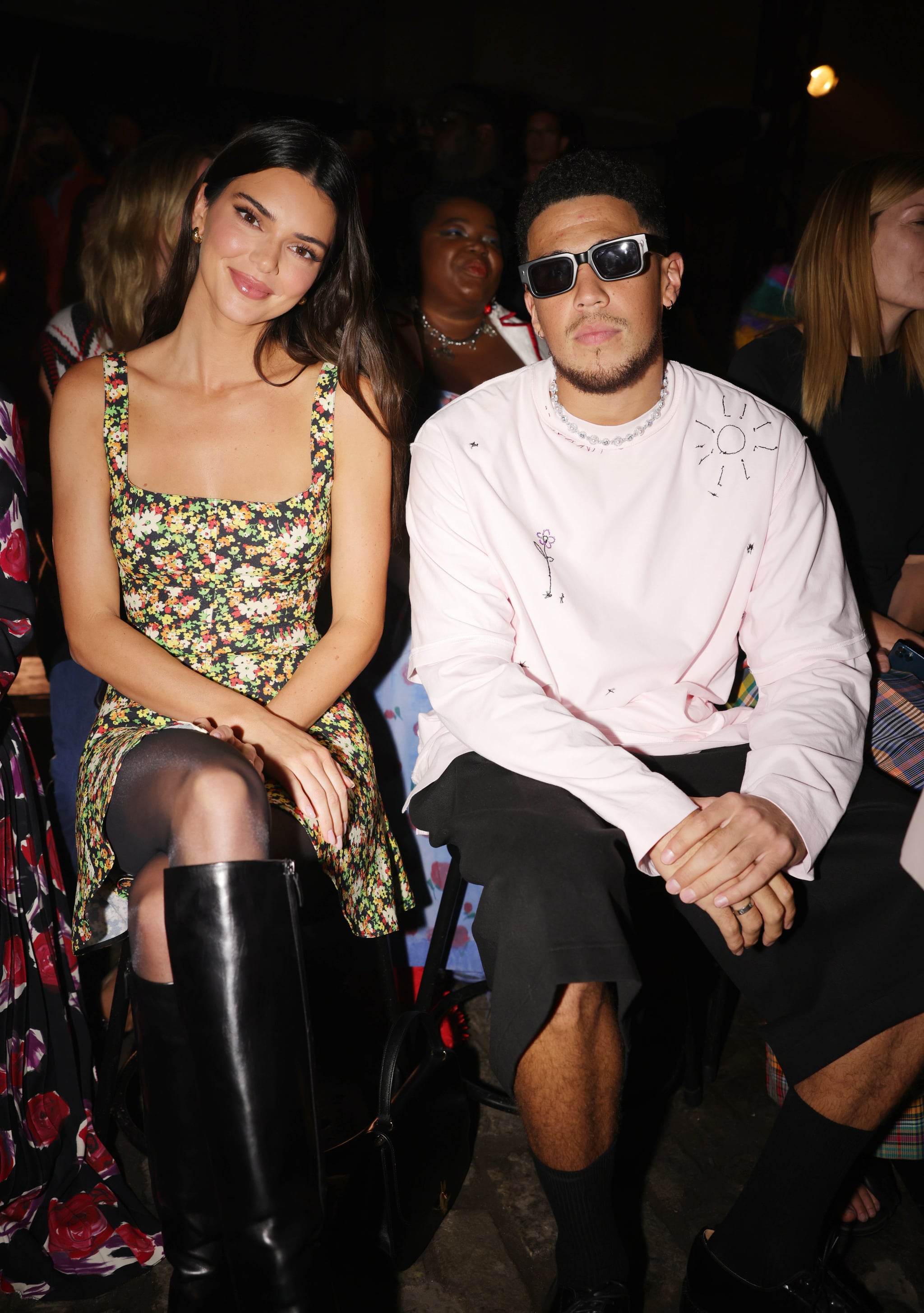 Kendall Jenner and Devin Booker have called it quits according to People, who confirmed the news on Nov. 21. According to the publication, the Phoenix Suns star, 26, and the model, 27, ended their relationship back in October. A source told the outlet that the split was thanks to their “incredibly busy schedules.” Booker is a forward for the Phoenix Suns, who kicked off another season this fall, while Jenner is balancing her modeling career and her 818 tequila line. A source told People that the break up was mutual and that they plan on staying in touch. “They have a lot of love and respect for each other and wish only the best,” another source told the outlet. Jenner’s reps did not immediately respond to POPSUGAR request for additional comment on the reported split.

Jenner did share a photo of her now-ex-boyfriend on Oct. 30 on her Instagram story to mark his birthday. She posted a photo of herself with Booker and wrote “birthday boy @dbook” over it, alongside a red heart emoji.

Jenner and Booker have been dating on and off since 2020. Other than the occasional photo on Instagram or Jenner supporting Booker at his basketball games, the couple preferred to keep their relationship out of the spotlight. The pair were also spotted together at the US Open back in September. According to E! News, the pair reportedly hit a rough patch earlier this year, but they eventually “worked out their issues and decided they want to move forward and be together.”

The second season of “The Kardashians” is currently airing on Hulu, but viewers shouldn’t expect to get any insight into Jenner and Booker’s relationship during the episodes. “The Kardashians” showrunner Danielle King told Variety in April that Jenner didn’t want to put her boyfriend on TV. “We’ll see Kendall with her friends more than you did in ‘Keeping Up.’ But she is keeping her relationship private,” he said, in reference to the show’s first season, and that hasn’t changed in season two so far.

Meghan Markle Talks Deal or No Deal on Archetypes Podcast

Meghan Markle Talks Deal or No Deal on Archetypes Podcast