“Kill Heel” is about the fierce battles and endless ambition and greed of three women in the competitive world of home shopping networks. Kim Ha Neul stars as Woo Hyun, who strives to escape her stagnant life by becoming the top show host for UNI Home Shopping. Lee Hye Young stars as Mo Ran, a woman who climbed from humble beginnings as a clerk to the top as vice president of UNI Home Shopping. Kim Sung Ryung stars as Ok Sun, a show host at UNI Home Shopping who seems to have the perfect life from her famous politician husband and her adorable son.

The new stills portray the different lifestyles of Woo Hyun and Ok Sun as they interact with their families. After momentarily experiencing the sweet taste of success, Woo Hyun now stands at the edge of a cliff due to issues at home. Woo Hyun looks tense and uneasy, having just walked into her home only to be greeted by someone she doesn’t wish to see. 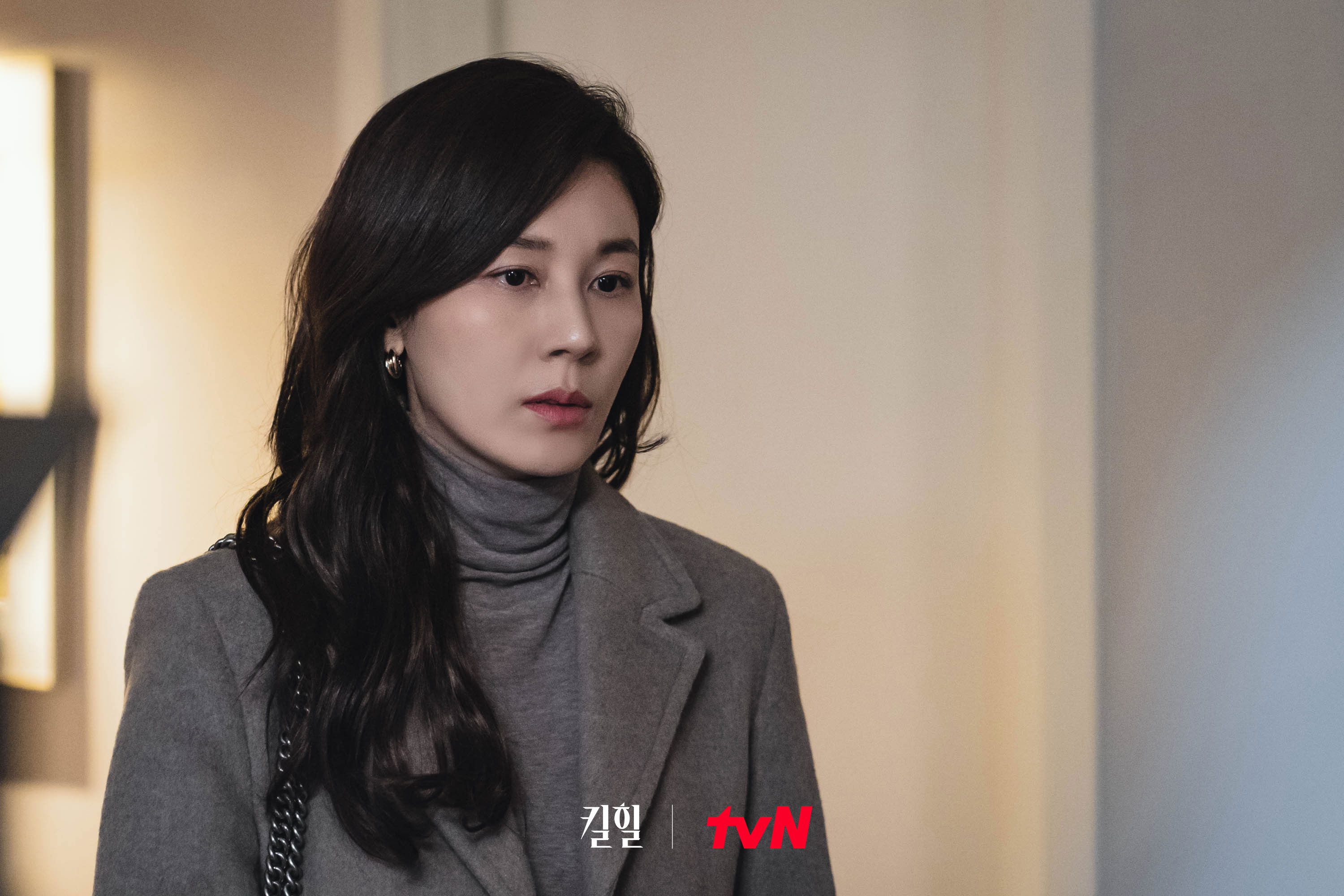 Woo Hyun sits with her husband Do Il (Kim Jin Woo) and her mother-in-law (Jeon Gook Hyang) at a small table in their apartment. As her mother-in-law cries and pleads to Woo Hyun for something, Woo Hyun looks away coldly, her expression hardening as she avoids eye contact. All three characters stand up as Woo Hyun appears appalled. She lowers her head in shock and continues to look away her from mother-in-law, attempting to avoid confrontation as the situation becomes more and more uncomfortable. 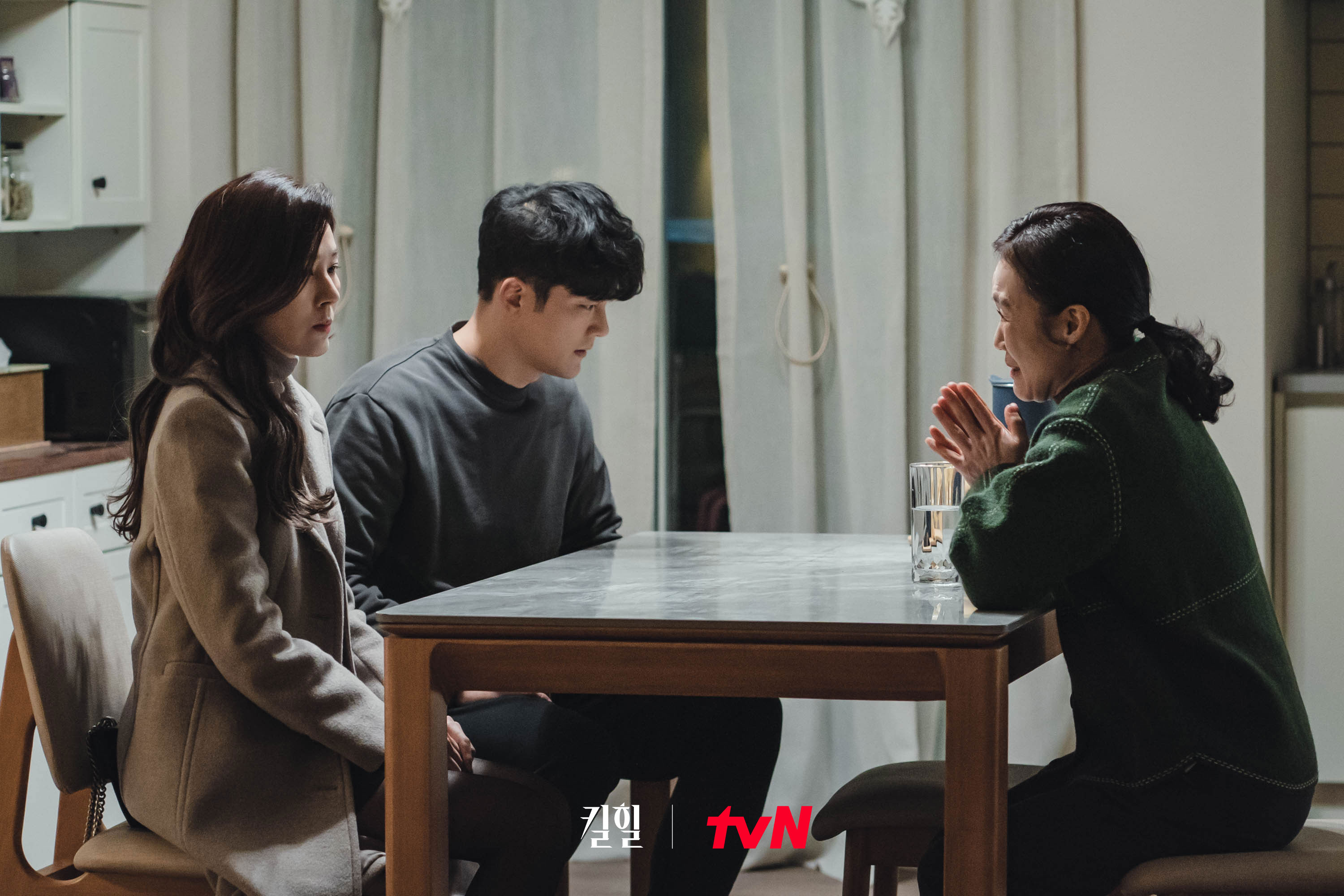 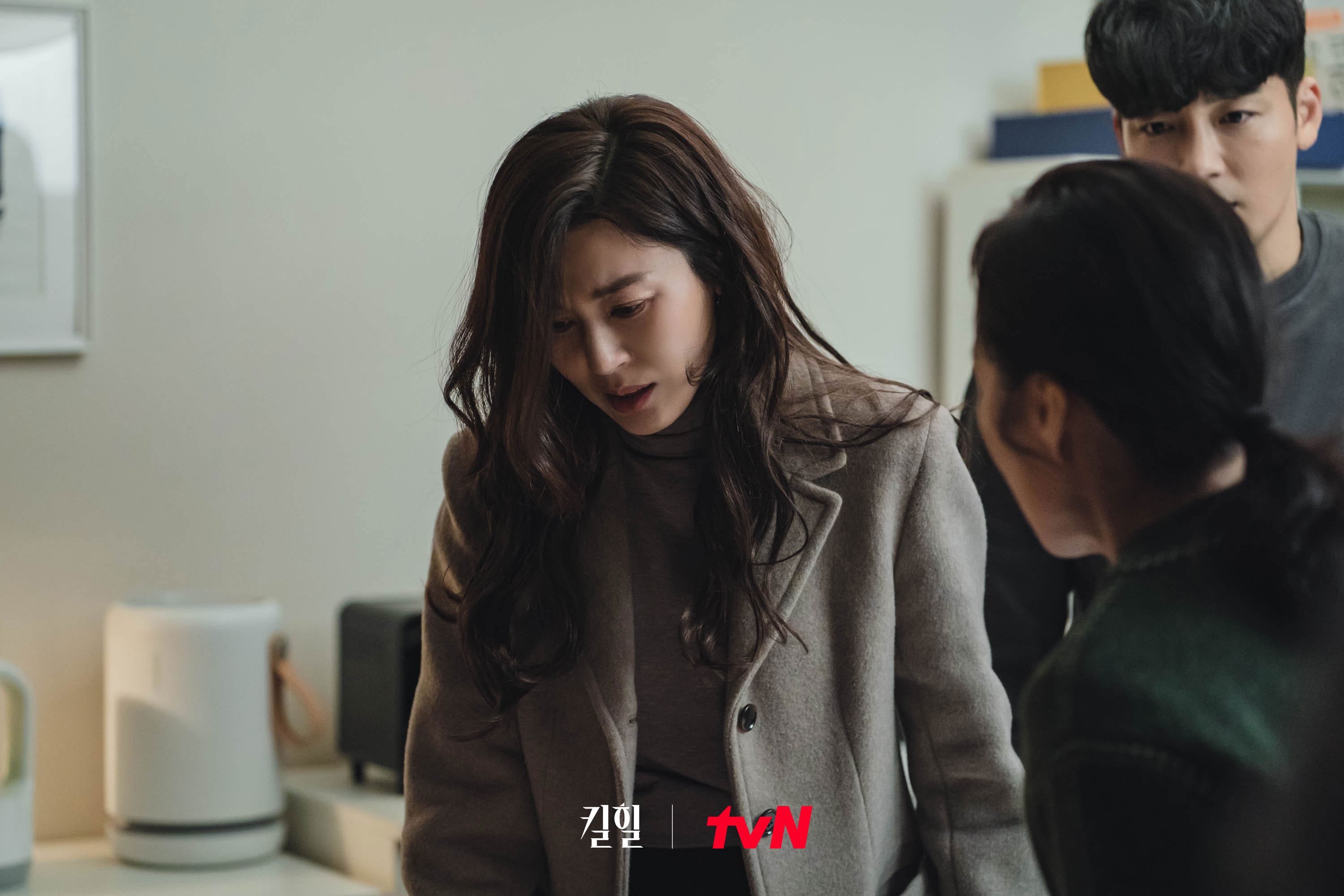 On the other hand, Ok Sun’s family gathering with her husband and politician In Guk (Jeon No Min) strikes a more upbeat and friendly tone at a luxurious restaurant. While they are eating, an unexpected guest shows up, and everyone turns to pleasantly smile at him. As revealed in the next still, the unexpected guest is Ok Sun’s only son Jeong Hyun (Yoon Hyun Soo). While Ok Sun’s initial reaction is positive when she see Jeong Hyun, Ok Sun’s facial expression quickly turns sour, disappointed by something that occurs at the gathering. 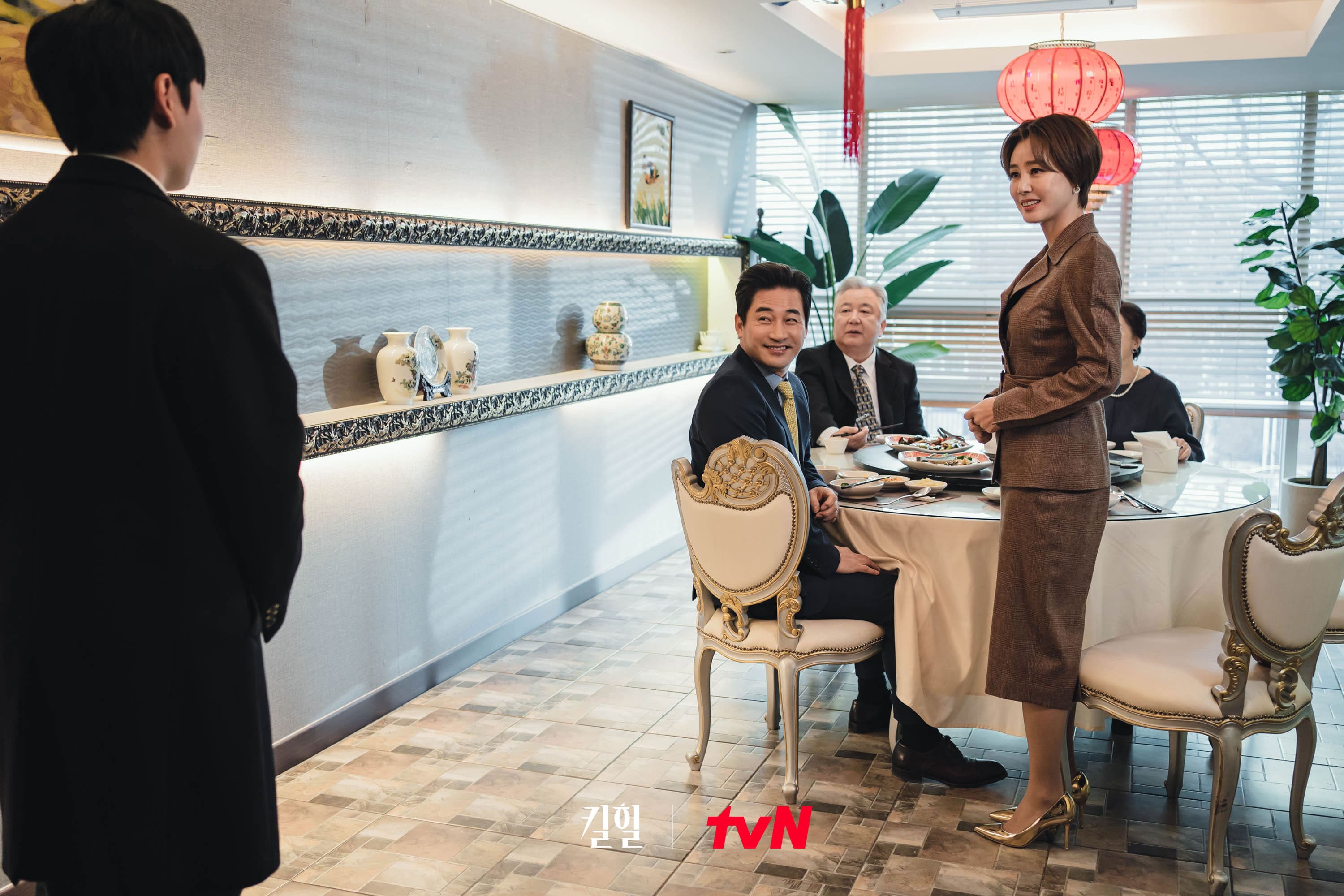 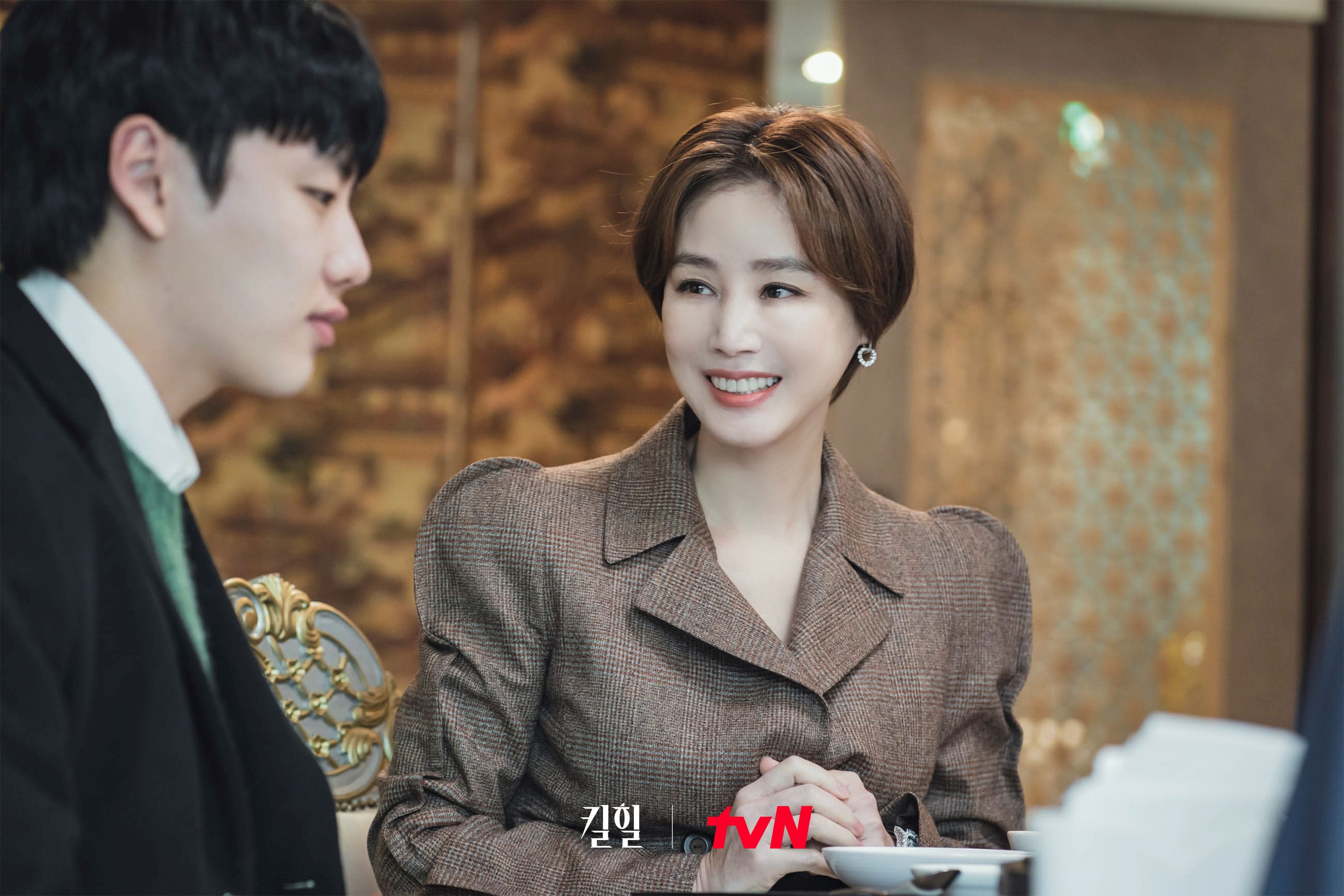 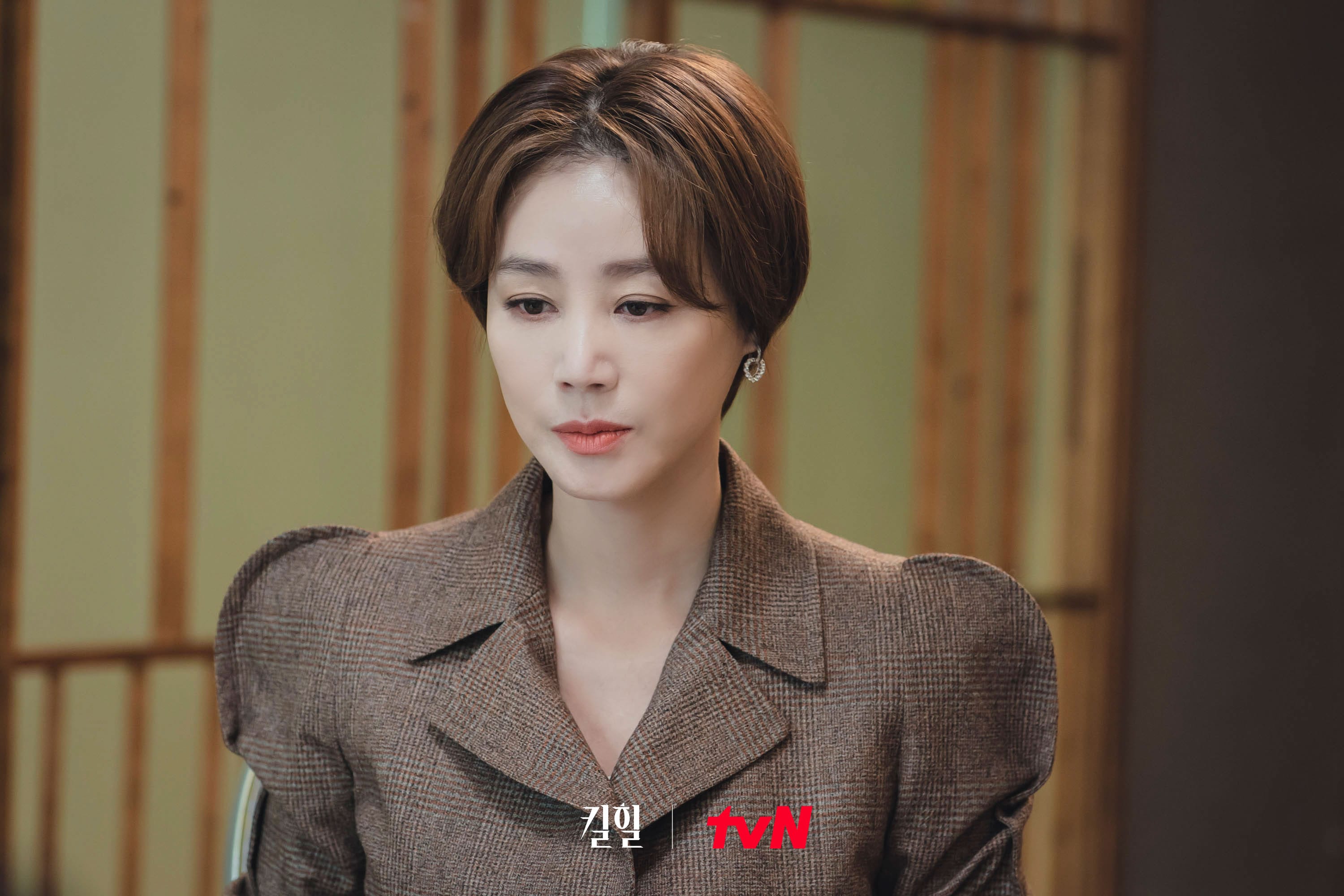 Ahead of the premiere, the production team said, “Woo Hyun, who doesn’t even have the opportunity to dream about desire, and Ok Sun, who seems to have no desires since she already has everything, each have different shades of emptiness. Their stories of having no choice but to jump into a raging war and their detailed emotions will strongly attract viewers.”