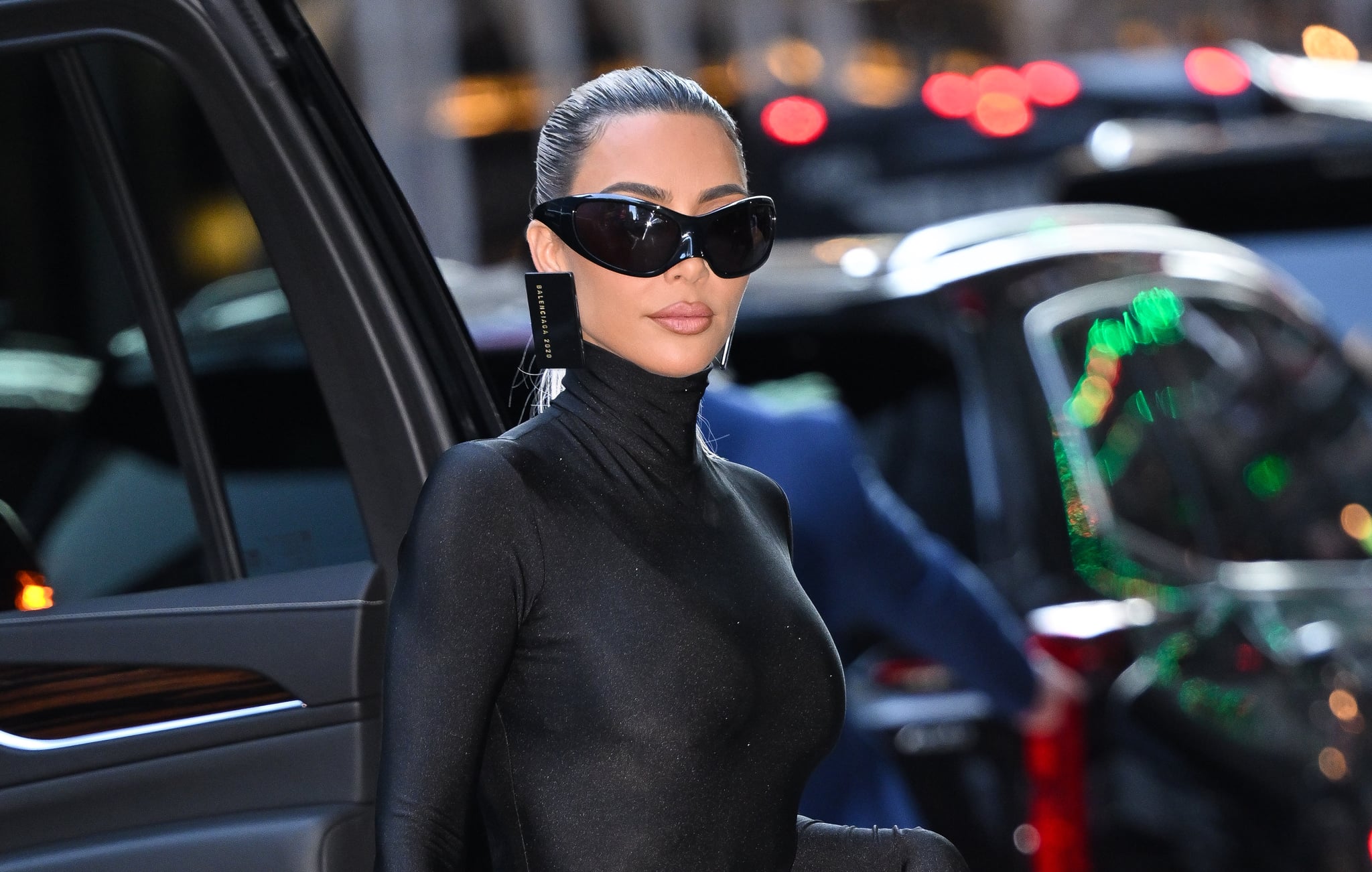 Kim Kardashian addressed recent antisemitic remarks made by her ex-husband, Kanye West. The reality star and entrepreneur, who just celebrated her 42nd birthday, shared a statement on her Instagram Stories on Oct. 24, reading, “Hate speech is never OK or excusable. I stand together with the Jewish community and call on the terrible violence and hateful rhetoric towards them to come to an immediate end.”

Kardashian’s public condemnation comes days after a group of white supremacists hung banners over a Los Angeles freeway on Oct. 22. The group was also seen giving the Nazi salute. The horrifying demonstration appeared to be a collective breaking point for even the most loyal fans of the rapper, who for months has proselytized far-right rhetoric and conspiracy theories.

Kardashian’s family members are also speaking out. At press time, her sisters Khloé Kardashian, Kendall Jenner, and Kylie Jenner, as well as mother Kris Jenner, all shared an Instagram graphic that was circling over the weekend, which simply reads: “I support my Jewish friends and the Jewish people.”

Kardashian herself has often been a target of West’s ire. Earlier this year, the exes, who separated in 2021, exchanged public disagreements over matters relating to the parenting of their four children. West also repeatedly maligned Kardashian’s boyfriend at the time, comedian Pete Davidson.

West later wrote about taking “accountability” in an Instagram post in February. “I’m still learning in real time. I don’t have all the answers,” he said. “I’m working on my communication.” On her end, Kardashian spoke about taking the high road in a Good Morning America interview in April. “At the end of the day, everyone has their own way of communicating,” she said at the time. “I’ve always been a champion of him speaking his truth, and I would always want that.”

Though he’s managed to rebound in the past, West’s recent actions have especially damaged his legacy. In the past month, he sent “White Lives Matter” shirts down the runway at Paris Fashion Week, had a baffling two-part interview with Fox News host Tucker Carlson, shared a conspiracy theory about the murder of George Floyd on the “Drink Champs” podcast, and spewed antisemitic stereotypes on Twitter, leading to his account getting locked. (Instagram also locked his account.) He’s since made moves to acquire Parler, a conservative social media platform.

West’s longtime collaborators are also taking notice. Balenciaga parted ways with West, and Adidas said its partnership with West was “under review” in early October. There are now growing calls for the brand to sever ties entirely. On Oct. 24, shortly after Kardashian shared her statement, news broke via The Hollywood Reporter that West was dropped by his agency, CAA. 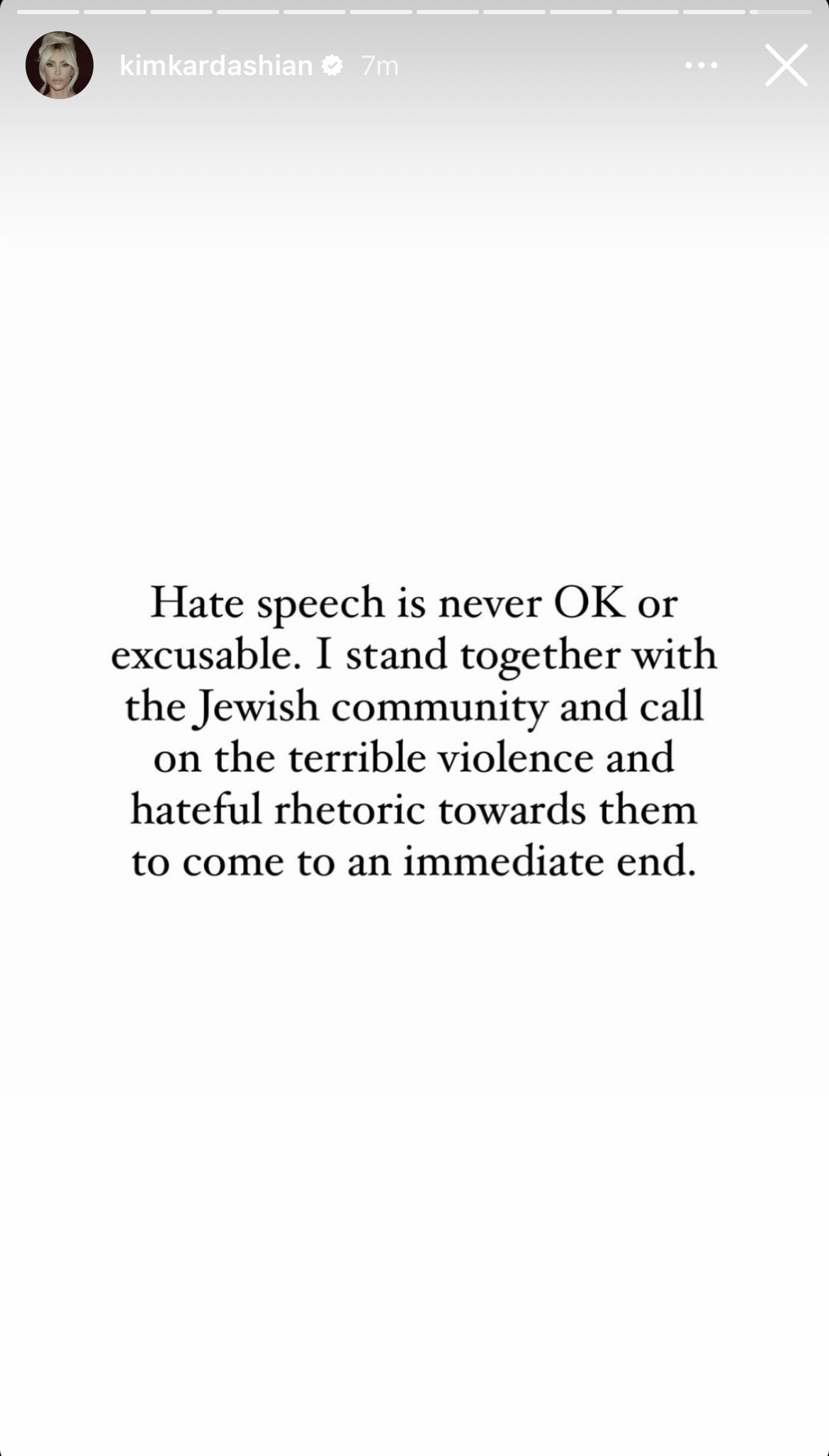 Nick Cannon Is a Father of 10 — Meet His Kids

Mayan Lopez Takes After Her Father in Lopez vs. Lopez

Nick Cannon Is a Father of 10 — Meet His Kids

Mayan Lopez Takes After Her Father in Lopez vs. Lopez