“Through the Darkness” will be returning this week after a long break!

Previously, Song Ha Young and Guk Young Soo encountered a roadblock with two serial murderers on the loose. The second part of “Through the Darkness” will include more thrill and action than before as the Criminal Behavior Analysis team undergoes trials and tribulations to find the truth.

The new stills capture Song Ha Young’s silent agony as he seeks answers. He visits an empty cathedral and takes a seat on one of the benches. His eyes are full of desperation as he gazes at the cross, and it seems like he’s in deep prayer. These photos show the difficult journey of those who pioneer a new path. Like Song Ha Young, they suffer in various ways as well as make sacrifices in order to make a point and be acknowledged. 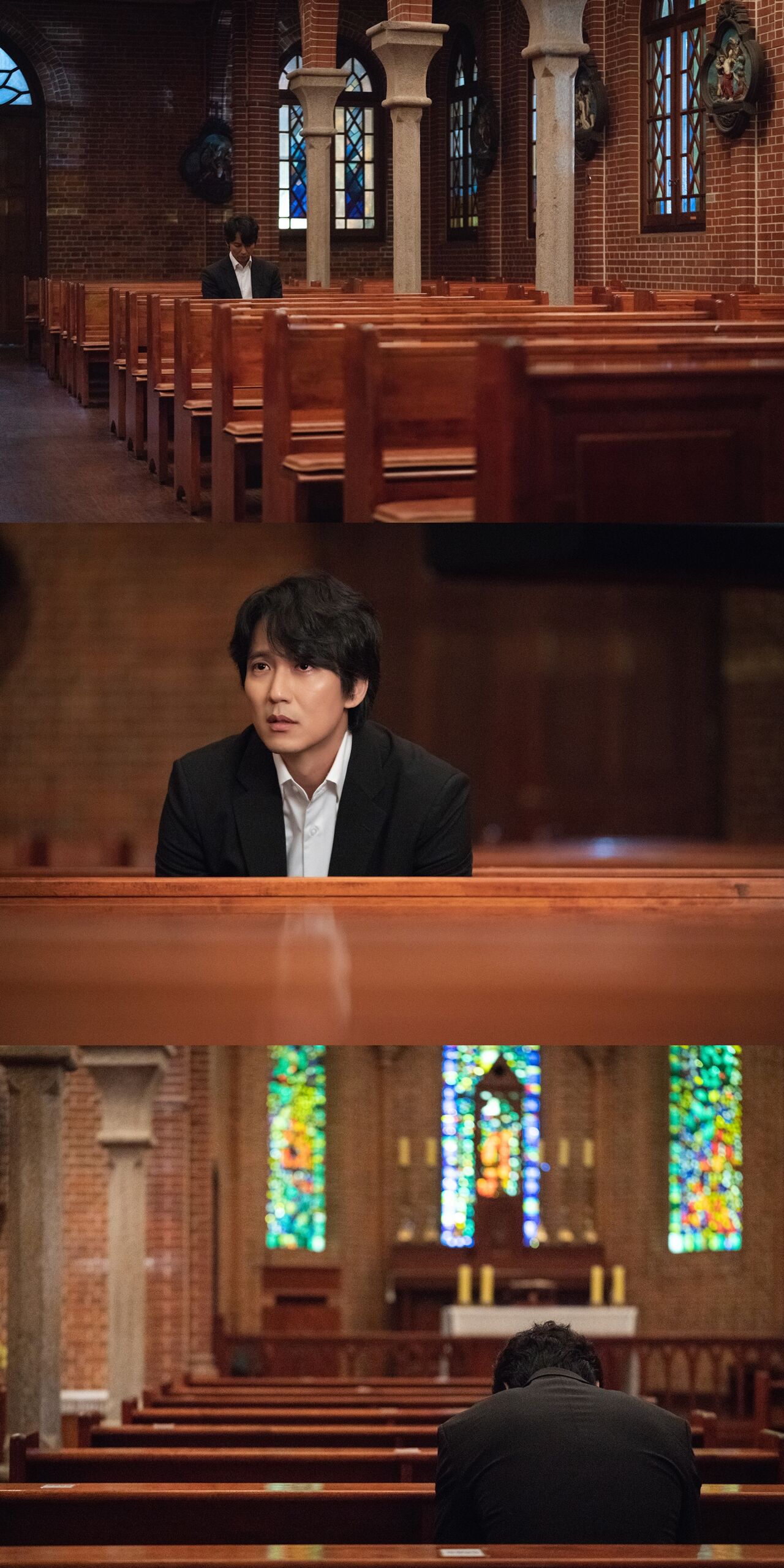 Song Ha Young is a person who walks into the darkness to chase evil. One can’t even imagine the pain he experiences as he faces those heinous demons who blame the murder on the victims. Kim Nam Gil perfectly portrays Song Ha Young’s emotions, and his performance will become even stronger and deeper as the second part of the story intricately unfolds.

The drama’s producers commented, “In the second part, two serial killers will appear. As a result, Korea’s first profiler Song Ha Young and the serial killers, or demons, will have an even fiercer psychological battle. Please show a lot of anticipation and support for Song Ha Young, who closely looks into the hearts of evil, and Kim Nam Gil, who will capture Song Ha Young’s deep human agony with overwhelming acting.”

The next episode of “Through the Darkness” will air on February 25 at 10 p.m. KST.