The action-thriller movie “Decibel” (literal title) has dropped its main poster ahead of its upcoming premiere!

“Decibel” is a film about a terrorist who wants to plant a bomb that responds to sound in the middle of the city and a former Navy commander who becomes the target of the terrorist threat. Kim Rae Won plays the former Navy commander, while Lee Jong Suk plays a Navy captain who is fiercely loyal to the crew of his submarine.

The main poster paints a rather intimidating picture, with four of the film’s main characters standing solemnly against a black backdrop. In the center of the poster, the words “If it surpasses 100dB, it will explode” are written ominously in big, bright red letters.

Kim Rae Won dons a bomb vest and stands with his fists clenched as the Navy commander who is the target of this entire operation. Next to him stands Lee Jong Suk, playing a Navy captain and bomb designer who holds a detonator—and seemingly all of the cards—in his hand.

Jung Sang Hoon plays a reporter who ends up getting roped into this whole terrorist threat situation alongside the Navy commander, while Park Byung Eun plays a military security support command agent who is on a mission to uncover the truth behind the attack. 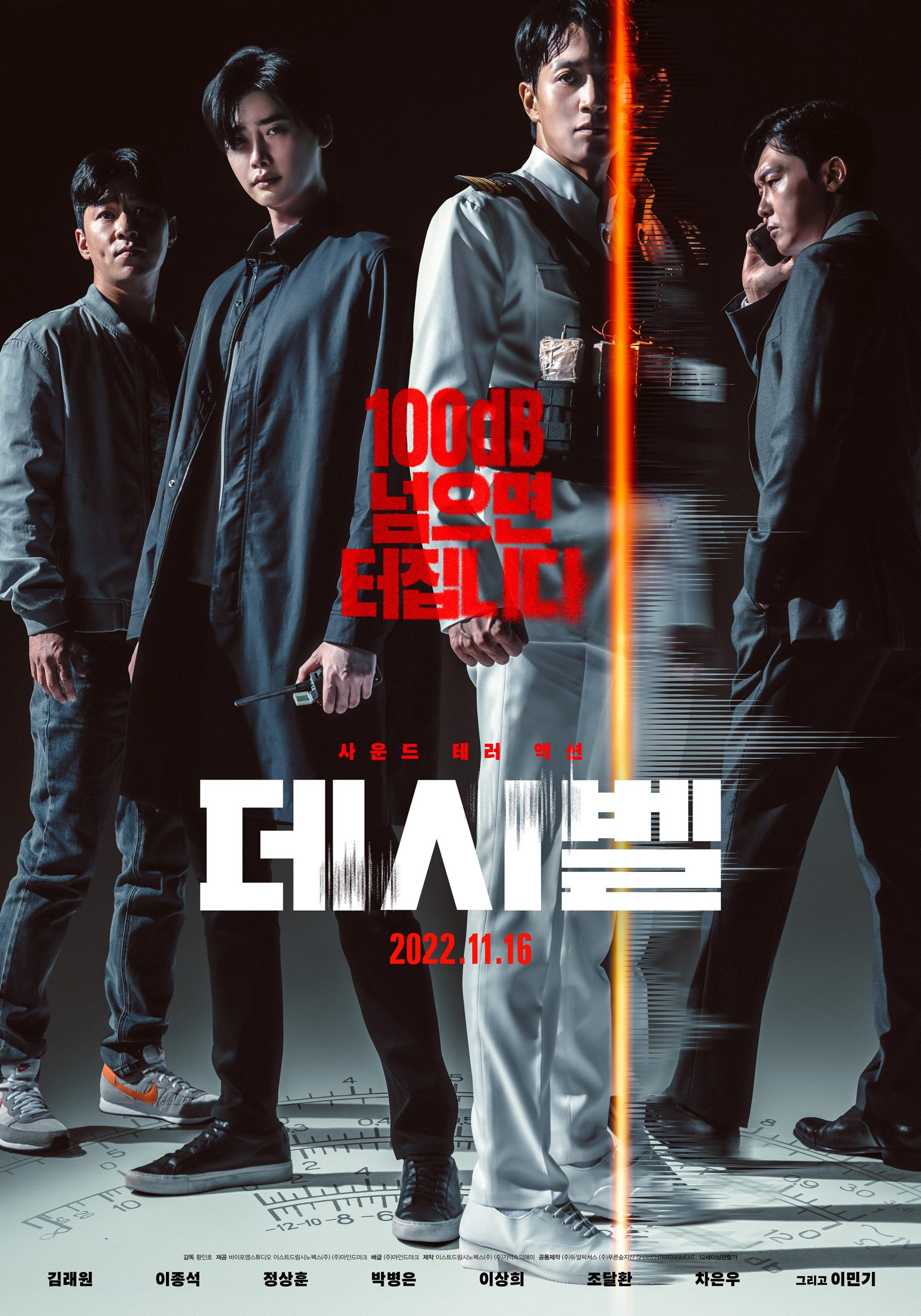 “Decibel” will hit the big screen on November 16.

Until then, watch Kim Rae Won in “Doctors” here:

And catch Lee Jong Suk in “While You Were Sleeping” below: