Get ready for a high-powered family meeting on JTBC’s “The Empire”!

“The Empire” is a drama about the private lives and dark secrets of the overly ambitious “royalty” that rules over the most prestigious legal circles of Korea. Kim Sun Ah stars as Han Hye Ryul, the ambitious and intelligent head of the Central District Prosecutors’ Office’s Special Branch, who hails from a wealthy and powerful family. Ahn Jae Wook stars as her husband Na Geun Woo, a law school professor who is on the verge of becoming a presidential candidate.

Previously on “The Empire,” law school student Hong Nan Hee (Joo Se Bin)’s death became national news. With all eyes on the case, Hong Nan Hee’s boyfriend Han Kang Baek (Kwon Ji Woo) caught the attention of the public as a prime suspect for her murder, despite there being no evidence of his guilt.

While Han Kang Baek’s powerful family wanted to protect him by means necessary, the wayward and distraught student was determined to get away from his overbearing family at all costs, even if it meant becoming a murderer in the eyes of the public.

In newly released stills from the drama’s next episode, Han Kang Baek’s family gathers for an emergency meeting in order to discuss how to save him from his plight. Ham Min Heon (Shin Goo) leads the discussion in a stern, cool-headed manner, with Ham Kwang Jeon (Lee Mi Sook) and Han Geon Do (Song Young Chang) also present.

Meanwhile, feuding spouses Han Hye Ryul and Na Geun Woo temporarily lay down their arms and join forces to protect their son, who has been called in for questioning. 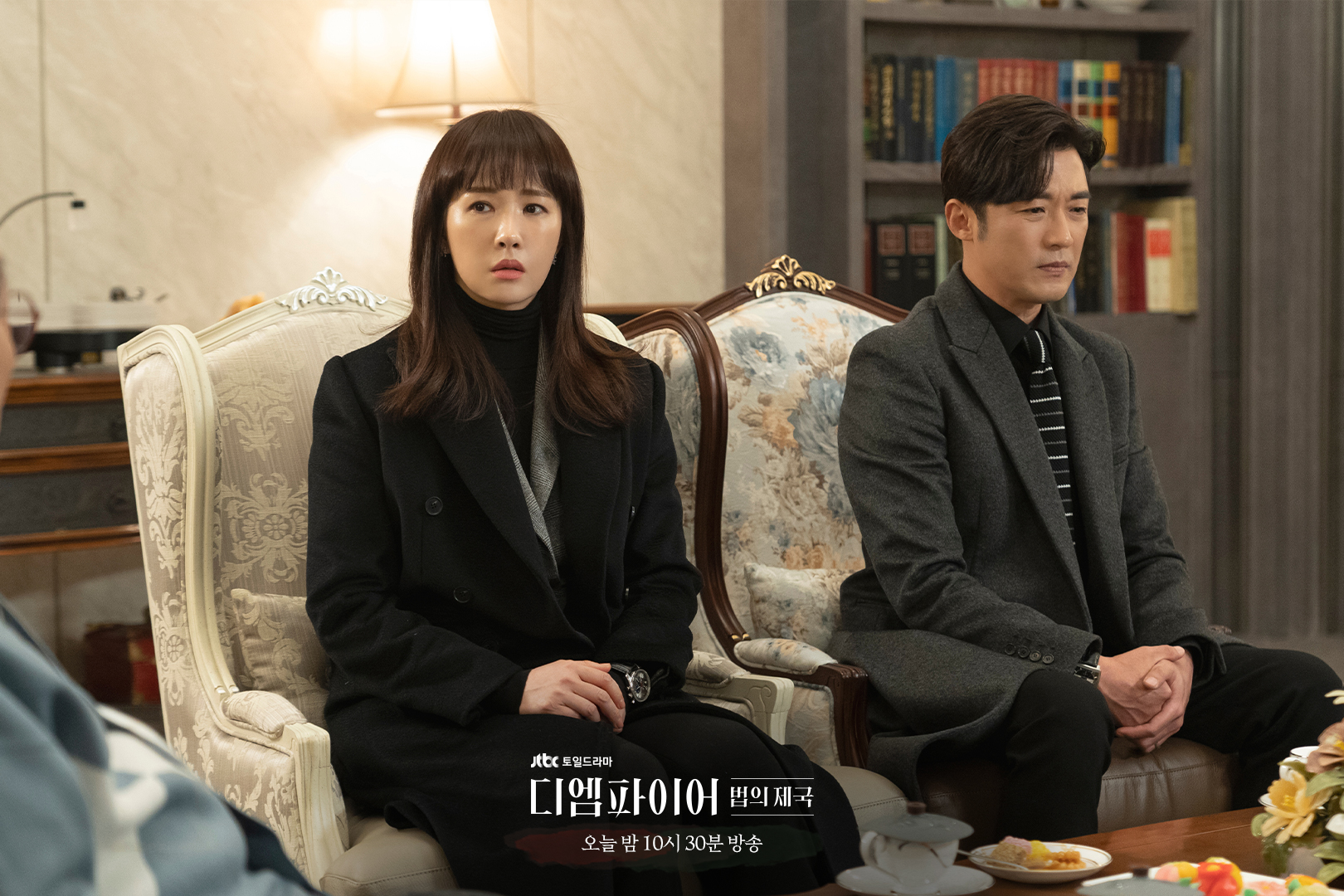 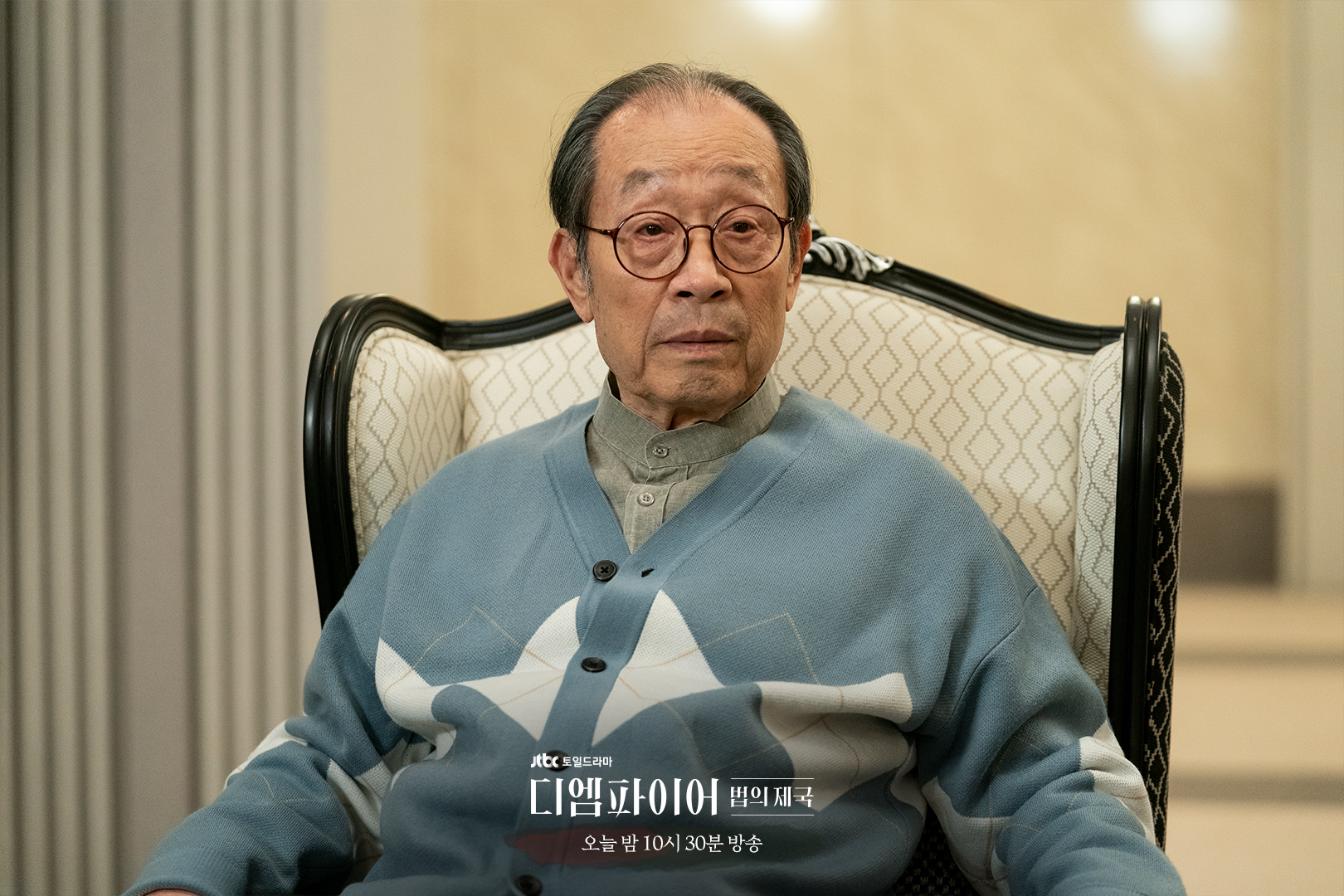 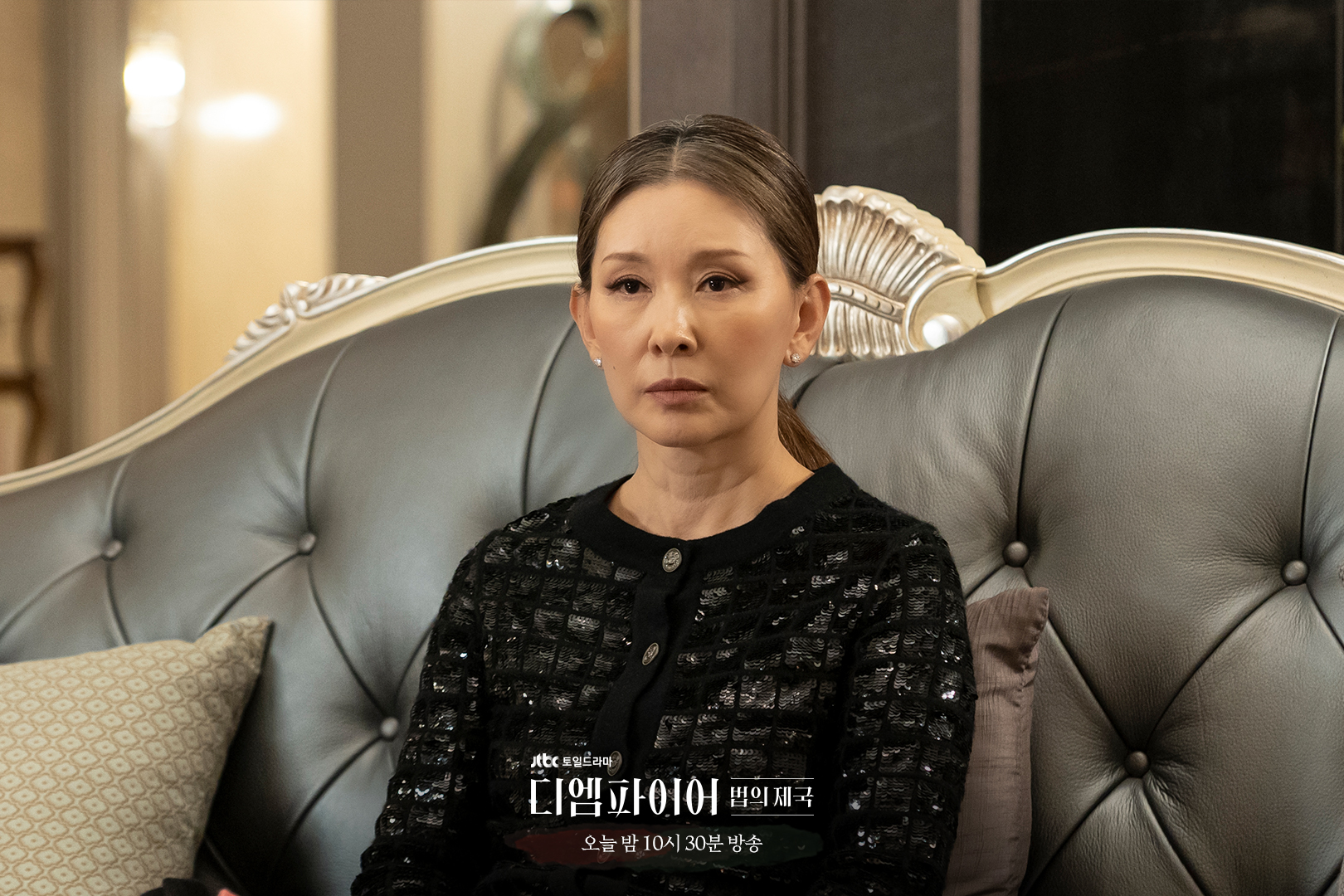 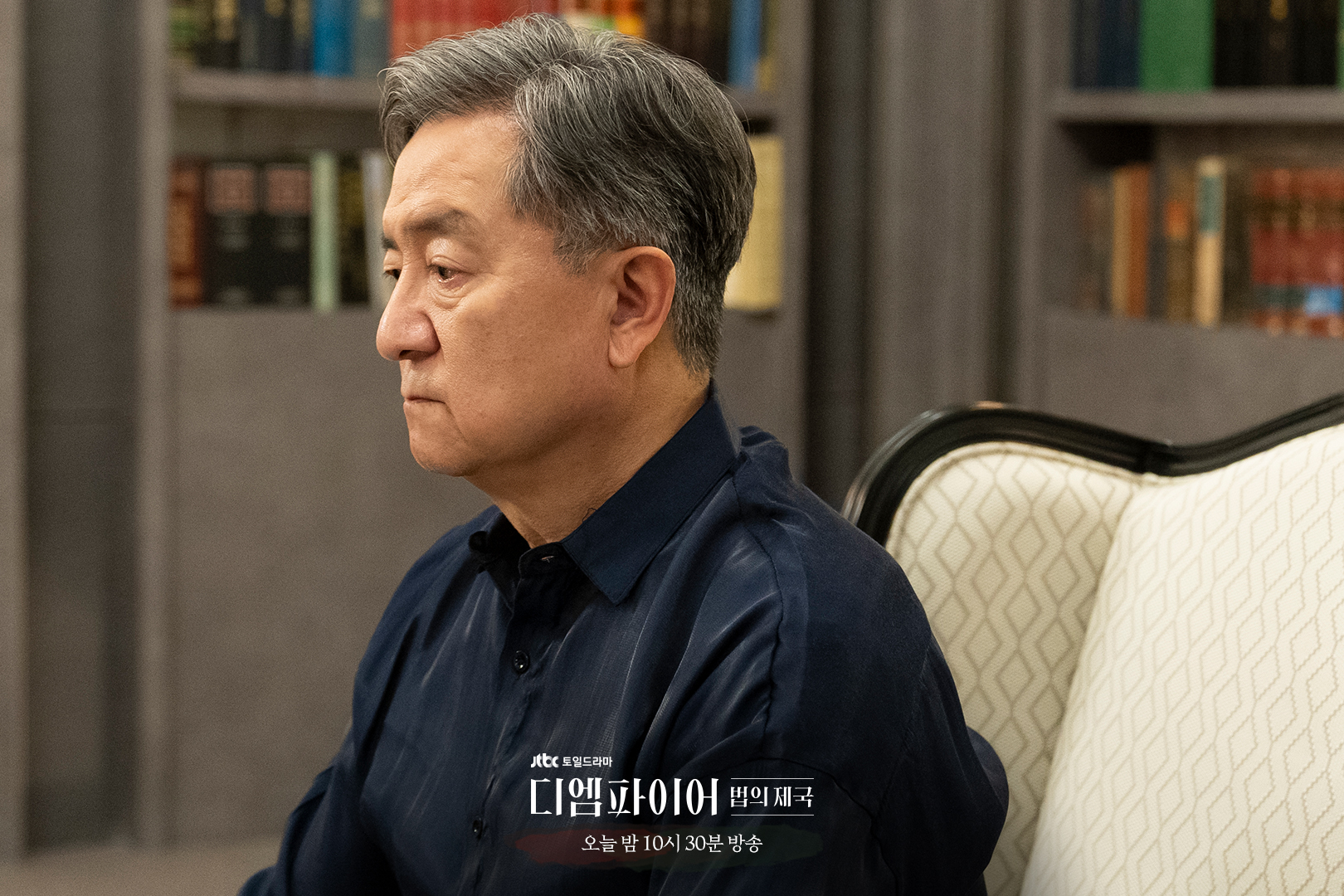 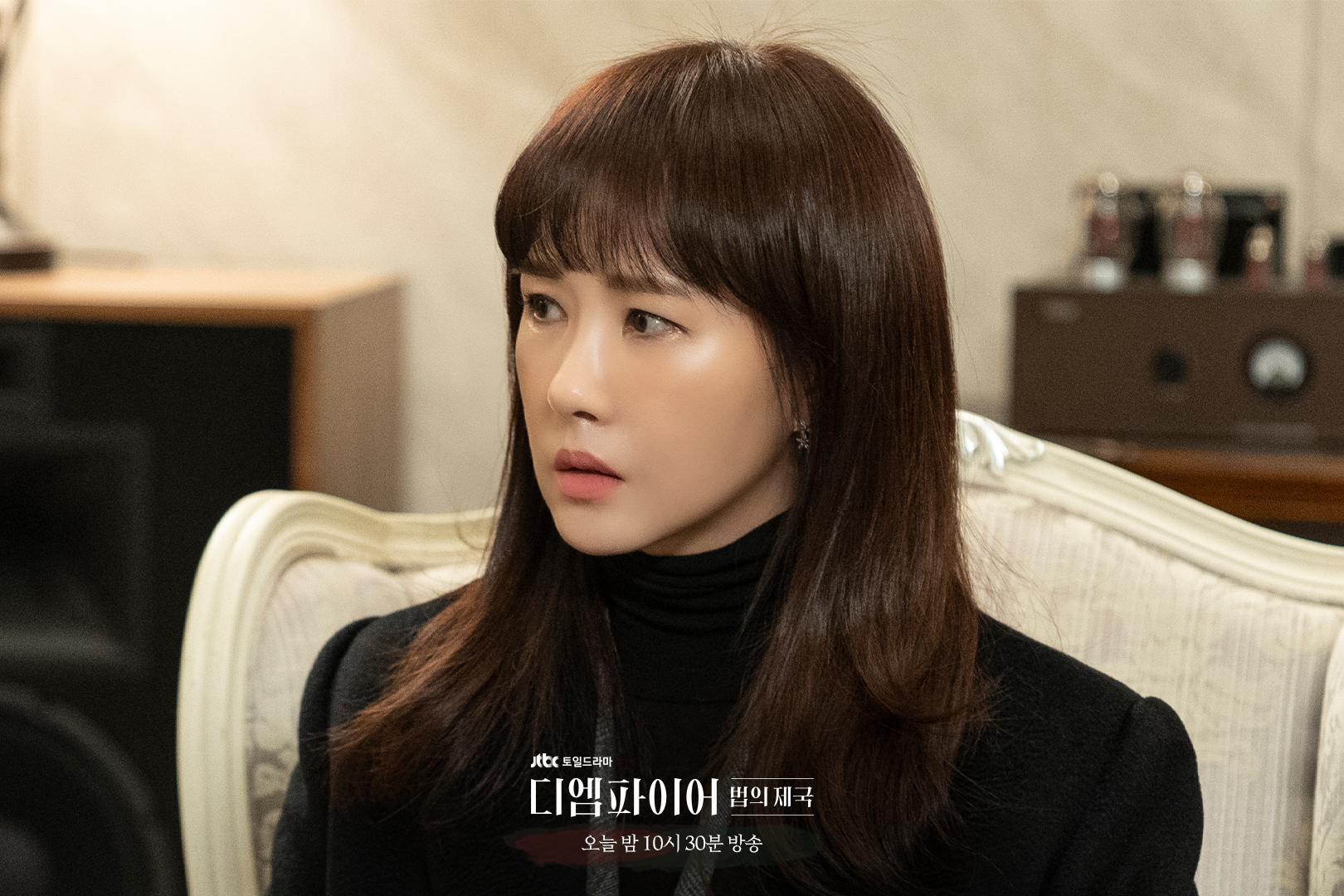 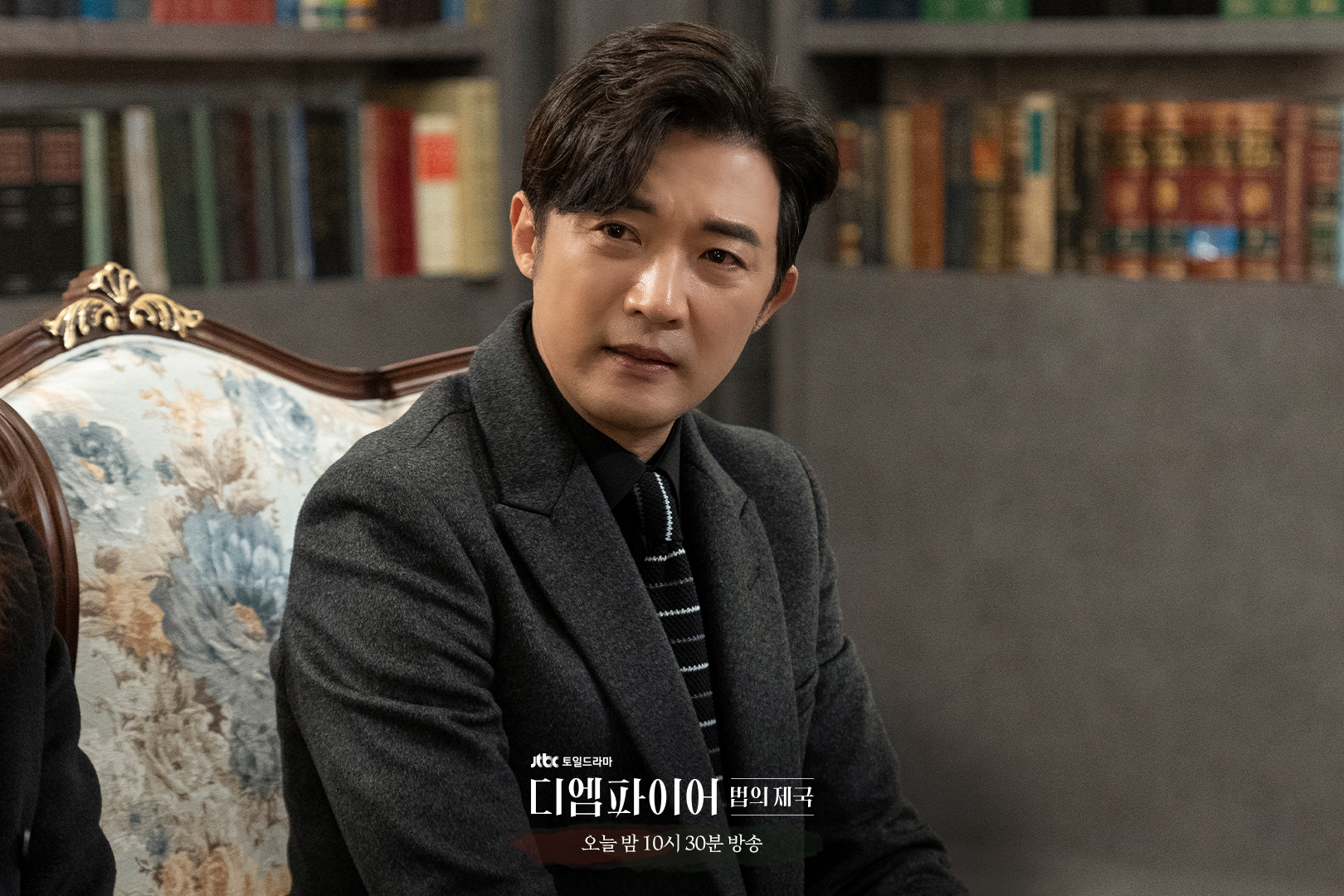 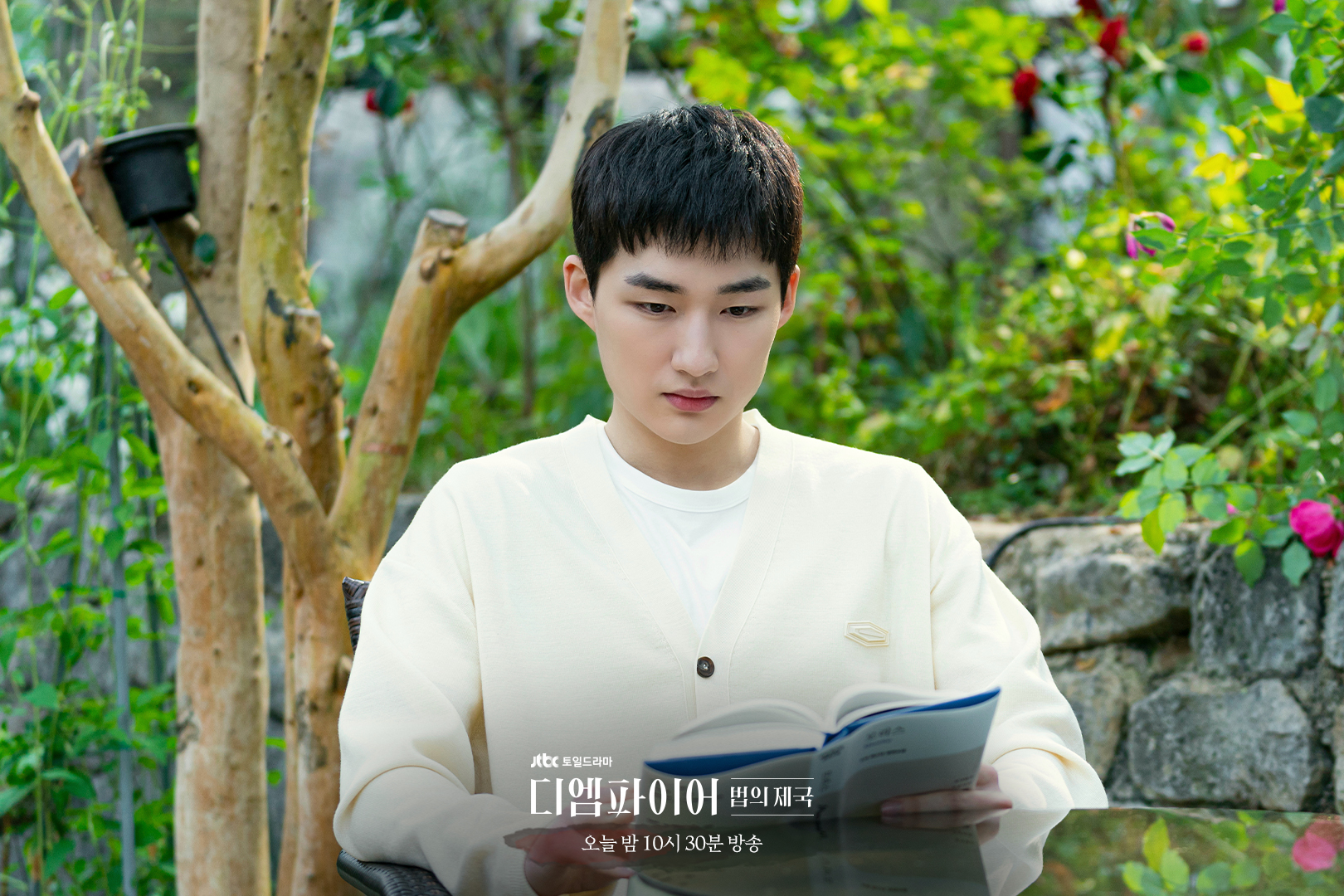 To find out how Han Kang Baek’s powerful family will respond to this crisis, tune in to the next episode of “The Empire” on November 6 at 10:30 p.m. KST!

In the meantime, catch up on all the previous episodes of the drama with subtitles below: