An online media showcase was held to commemorate the release of the singer’s third mini album “3RD DESIRE [Reve].” Recently, Kim Woo Seok also showed his acting capabilities by starring in the drama “Bulgasal” as Nam Do Yoon. Before that, he starred in the web drama “Twenty Twenty.” Since the genres are completely different, Kim Woo Seok was asked why he chose to take on “Bulgasal” as a project. He said, “Do Yoon’s character felt so attractive to me.”

He continued to explain, “After doing my first project ‘Twenty Twenty,’ I had a lot of concerns. I thought that in order to grow, I had to play a difficult and burdensome character. I wanted to play a character with big emotional ups and downs. I wanted to walk a difficult path rather than an easy one. I think I was able to do the drama well because [the production team] liked my audition.” 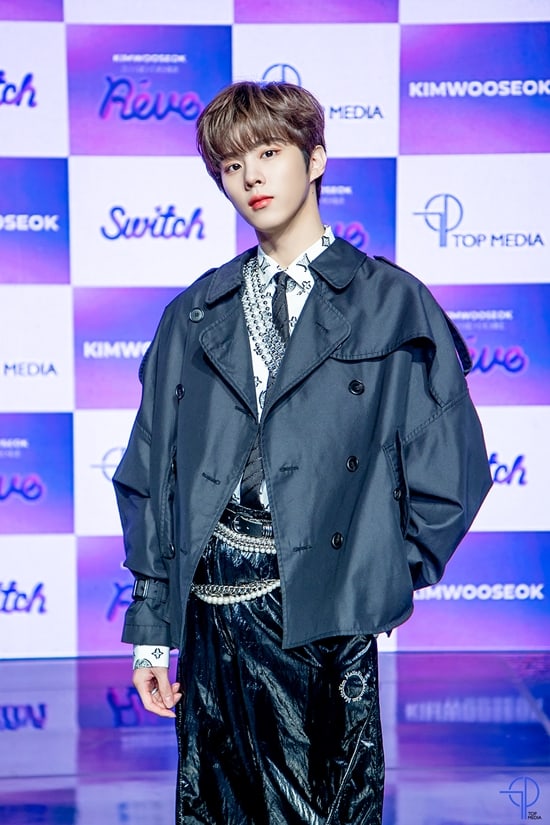 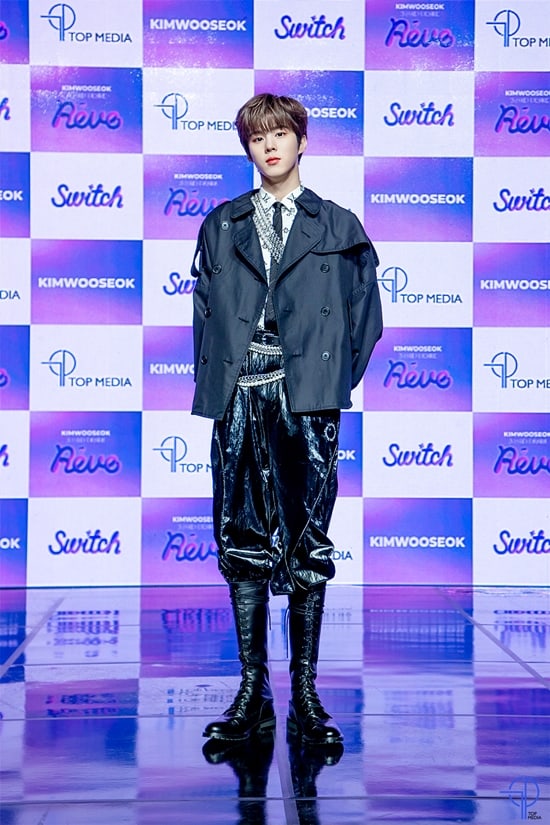 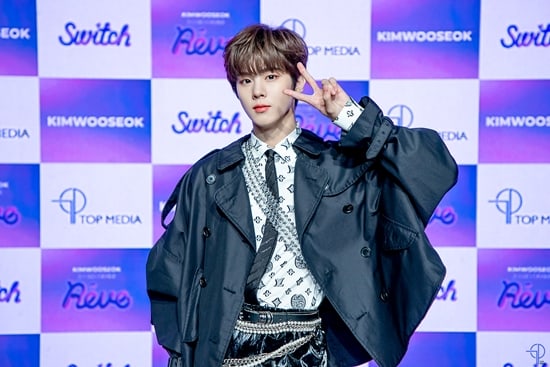 Acting in “Bulgasal” ended up being very difficult for the actor. He explained, “I’ve never lived like that. I think I got comfortable towards the second half from episode 13. Before that, I felt uncomfortable.” Yet despite this, he’s grateful for the role. He expressed, “I think I feel a little brighter [because of my role in the drama]. I think I was brighter when I filmed than I am now. I’m very shy, but I tried to get along well with my seniors, and I remember being happy.”

When talking about making his return as a singer for the first time in over a year, he said, “As an actor, people think, ‘What will this actor show in other projects?’ while waiting for the next project. As a singer, I hope to be someone who can enjoy the festival venue with fans and make music that the public wants to hear.”

When asked about the difference between being an actor and a singer, he said, “Both are so attractive. My main job is a singer, so when I hear the words, ‘You sing well,’ I feel proud, and I think it improves my mood. I would like to say thank you to everyone who supports me after seeing my growth in the drama.”

Kim Woo Seok added, “It’s been a long time since I made a comeback, and the practice period was not that long, so I’m excited and nervous. I will do my best to carry out my activities until the end.” He elaborated on the comeback process, talking about how he has grown as an artist and how he spent a lot of time composing, writing, and producing the latest album.

He admitted that the process of working on the album while filming for “Bulgasal” was difficult, saying, “I think it was physically difficult. There were many times during filming when I used my body. I also exercised for my health. I don’t know if it improved. I think I’m more tired, and I think I’ve lost more sleep.” 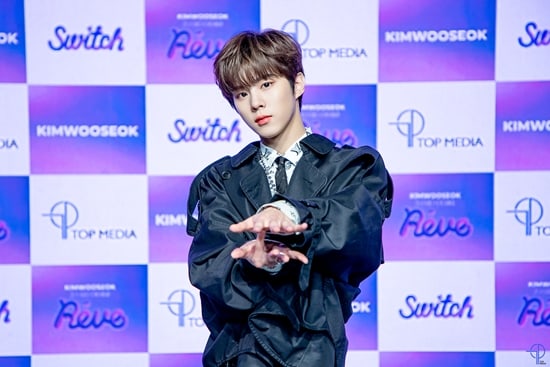 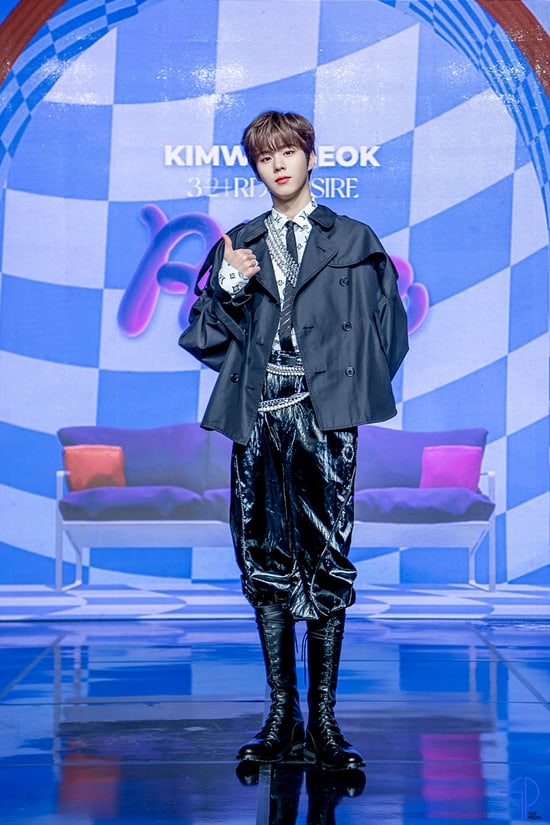 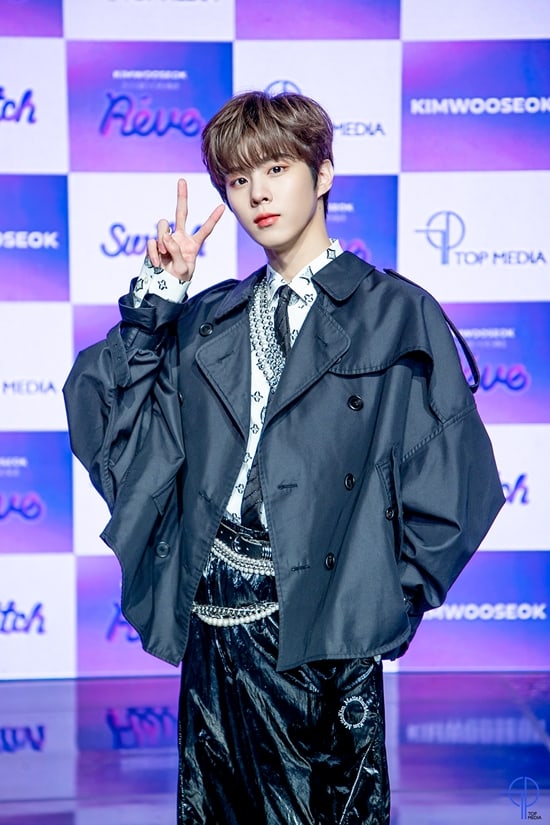 His third mini album “3RD DESIRE [Reve]” contains the story of the desire to sleep. Kim Woo Seok said, “There are people who call me ‘Manjjitnam,’ meaning ‘a man who comes out of a comic book.’ Since the album is about the desire to sleep, some people call me ‘a man who comes out of a dream.’ Through this album concept, I want to become a ‘human dreamcatcher’ who prevents bad dreams.”

Kim Woo Seok referenced his previous album “Sugar” and explained that the only difference is that he presents various concepts through this new album. He continued to say, “I want to hear the words, ‘He knows how to do this well,’ from people who remember the last album ‘Sugar.’”

The three concepts he wishes to show this time are sexiness, purity, and cuteness. He said, “The performances always have all of that. Next time, I want to show a song with a band sound, and I want to express various feelings that I haven’t portrayed before.”

Finally, Kim Woo Seok gave a message to fans by saying, “I want the situation with COVID-19 to ease, so I can meet my overseas fans as soon as possible. I want to tell them that I love them in all the languages of the world. I will make the effort to meet my overseas fans through various content.”