In a recent interview and pictorial for Marie Claire magazine, LE SSERAFIM’s Kazuha opened up about her goals for the future, what kind of person she wants to become, and more!

After posing for her solo pictorial, Kazuha remarked in her post-shoot interview, “It was fun and interesting. I still feel a little awkward standing in front of the camera, but thanks to my fellow group members that have a lot of experience, I think I’m adjusting faster than others might.” 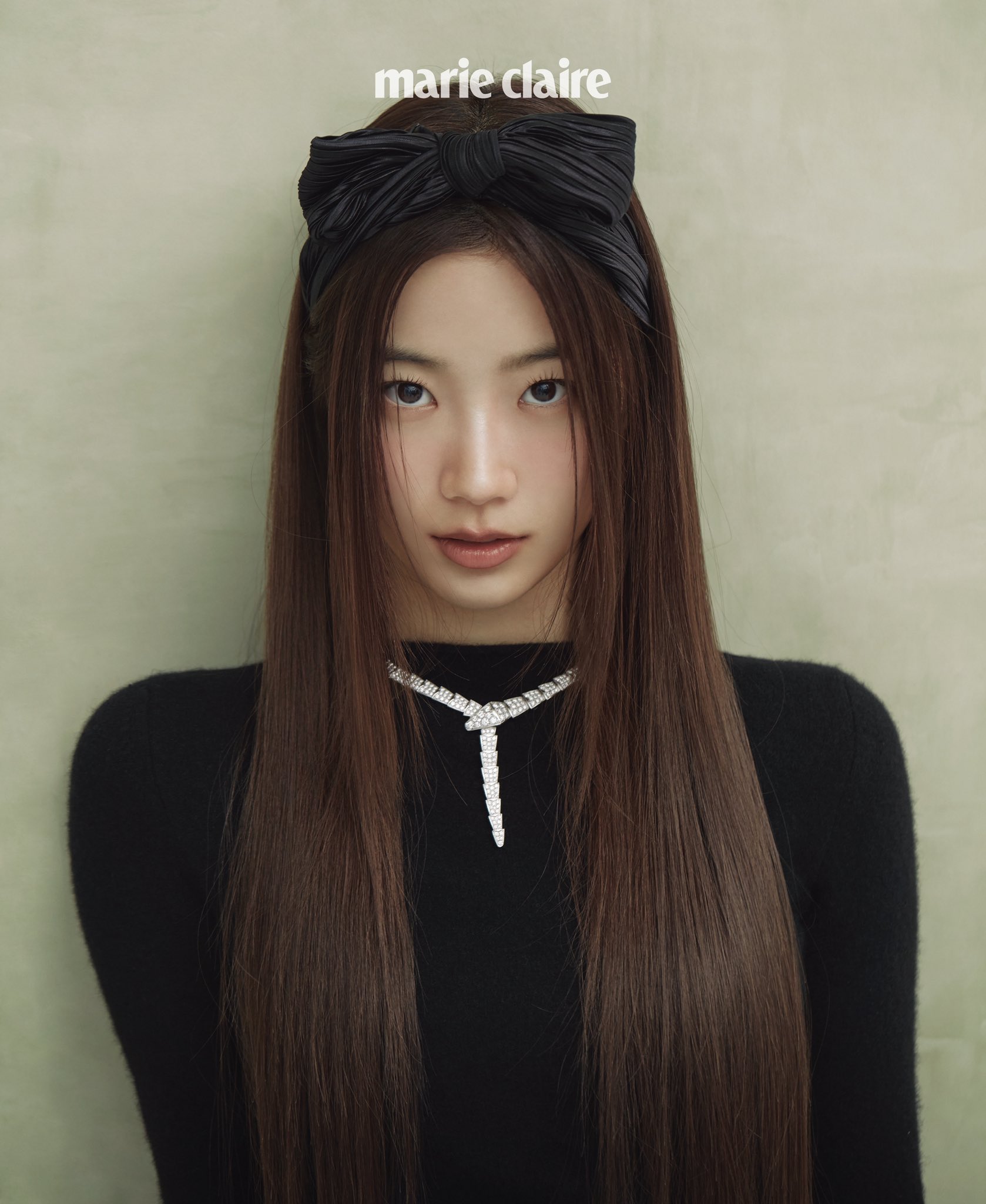 LE SSERAFIM recently starred in their own documentary, entitled “The World Is My Oyster,” which followed the group’s members during their training process as they prepared for their debut earlier this year.

“Watching it now, I liked being able to look back again on the process of how I made it all the way here,” said Kazuha. “Because it isn’t easy to be able to leave a record of that entire journey.”

As for which scene she found most memorable, Kazuha chose the scene in which she cried. The idol explained that because it had only been a few days since she’d arrived in Korea, she’d been extremely nervous, but she was moved to tears by how warmly the other members and their teachers eased those nerves. 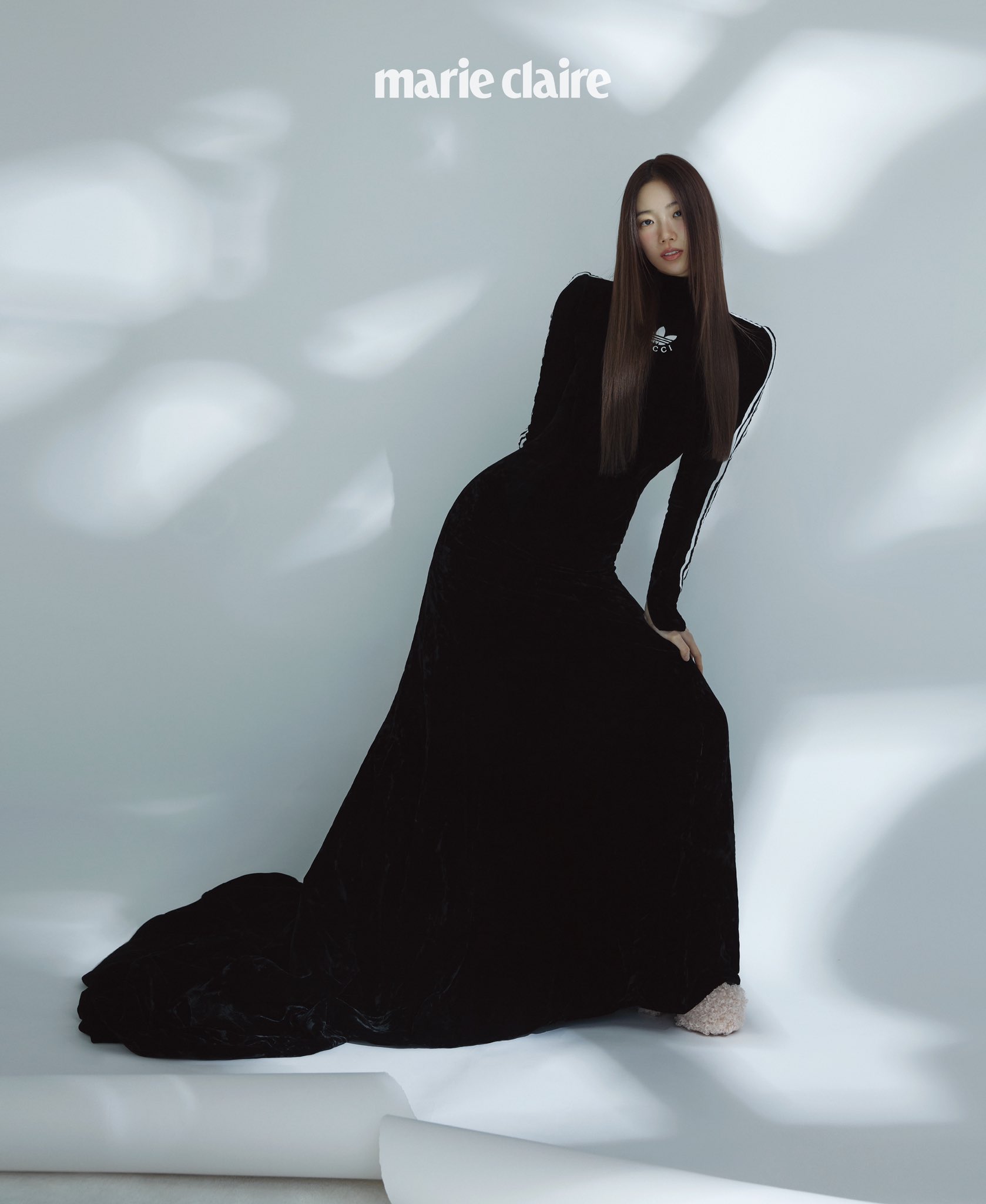 Looking ahead towards the future, Kazuha revealed, “I want to try performances that express how I’ve become stronger and more confident. Because I’m still in the process of continuously trying to become that kind of person.”

“I have the desire to keep growing and improving so that I can stand on an even bigger stage,” she continued. “I want to try doing even more activities than I am now, and my goal is to stand on stage while filled to the brim with confidence.” 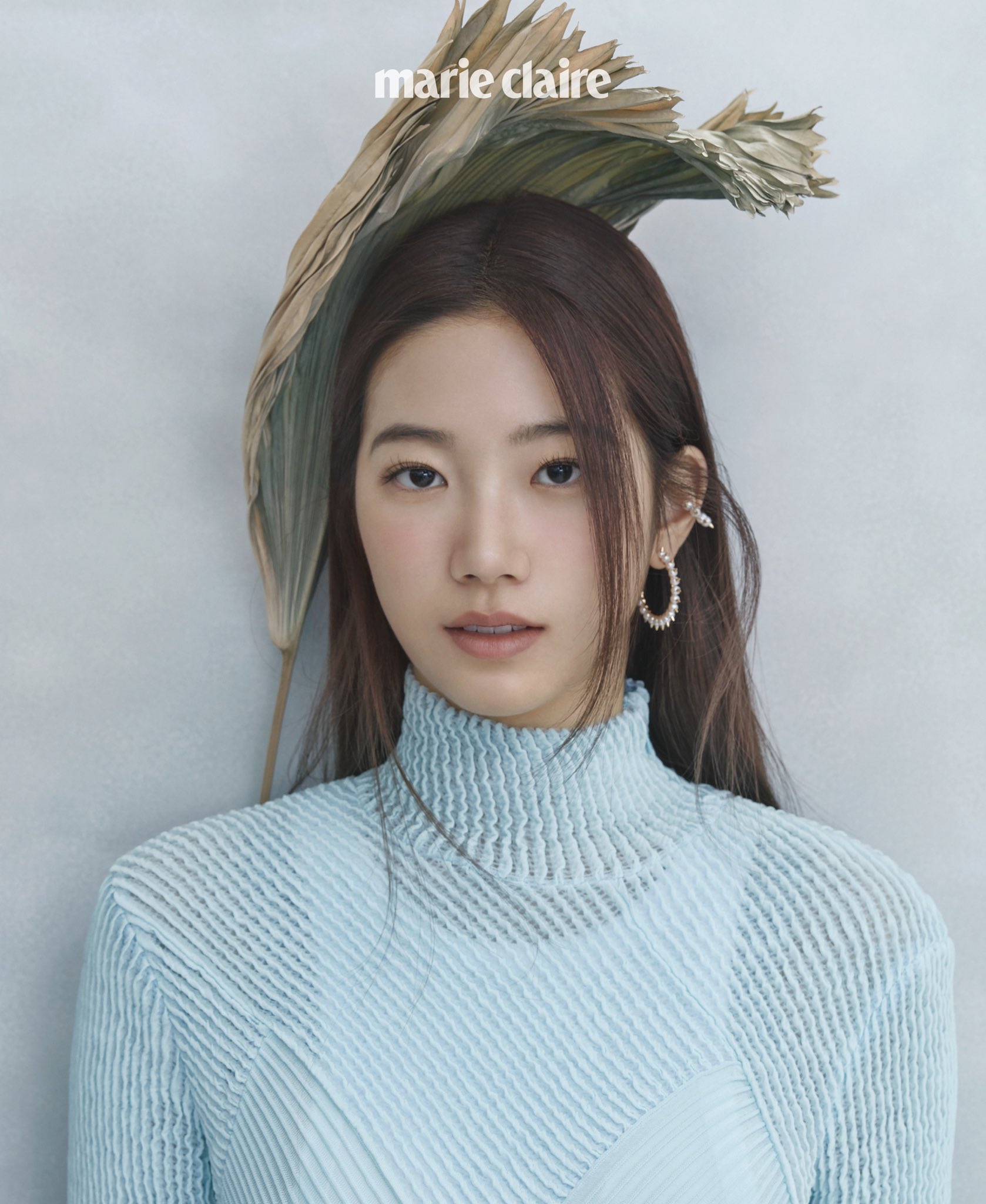 Kazuha’s full interview and pictorial can be found in the November issue of Marie Claire Korea magazine.