The stars of “Love is for Suckers” have teamed up with Cosmopolitan Korea!

In the latest issue of Cosmopolitan Korea, “Love is for Suckers” lead actors Lee Da Hee and Super Junior’s Choi Siwon reflect on the drama, talk about their first impressions, and more!

“Love is for Suckers” is a romantic comedy that tells the story of two best friends, Goo Yeo Reum (Lee Da Hee) and Park Jae Hoon (Choi Siwon). Their friendship of 20 years takes a dramatic turn when they partake in a dating reality show as a producer and contestant, developing feelings for one another along the way.

Choi Siwon explained, “Jae Hoon, whom I play, is someone who doesn’t put a foot out of line with Yeo Reum. I saw Da Hee for the first time at our script reading and thought, ‘Ah, this person has already become one with their character.”

Lee Da Hee also looked back on their first script reading, saying, “I was really looking forward to [the drama]. I thought of Siwon as an actor whose personal color was clear. While reading the script, I tried to draw Siwon in my mind. On set, he occasionally goes beyond my expectations and I end up bursting into laughter without noticing.” 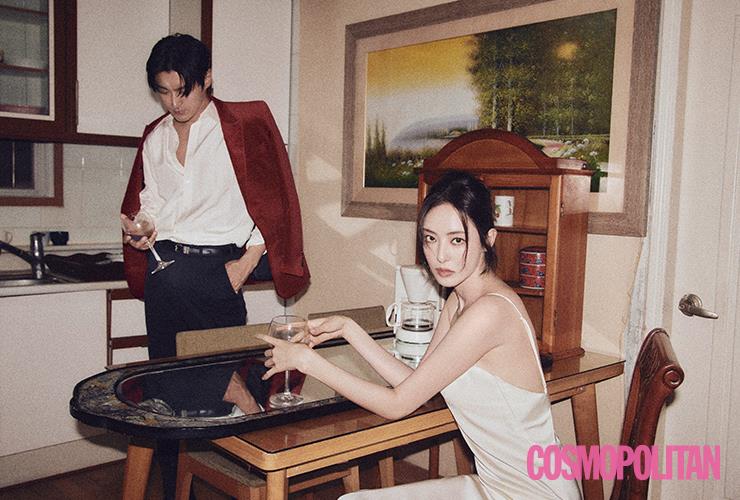 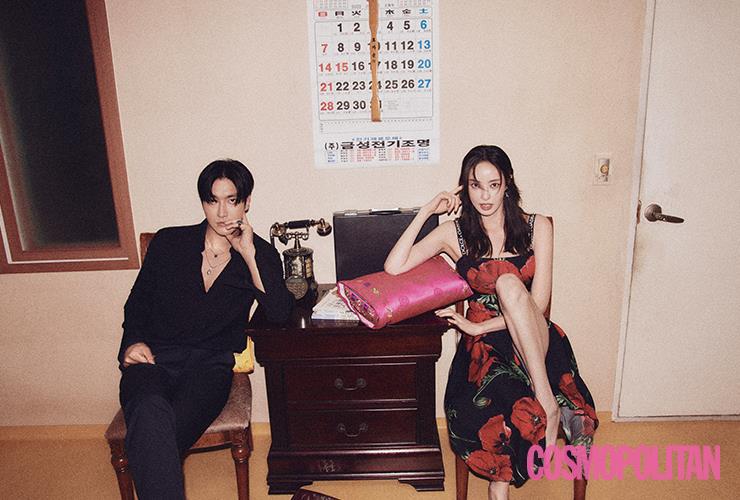 Although the drama’s English title is “Love is for Suckers,” the literal translation of the Korean title is “Icy Cold Romance.” Lee Da Hee revealed that their director had originally proposed the title “Beer and Peanut” before adding with a laugh, “He was met with our opposition.” Choi Siwon explained, “Although it’s a rom-com, there’s also a story of friendship so he proposed [this title] for the vibe of comfortably having drinks with a friend.” However, he continued while laughing, “After hearing ‘Beer and Peanuts,’ I couldn’t keep a straight face.”

Goo Yeo Reum is quite unlike many of Lee Da Hee’s recent bold and aloof roles as she is more pitiful and emotional. The actress shared, “I don’t know if it’s because I’ve done a lot of wealthy, cold, and selfish characters up until now, but I’ve always wanted to try a lighthearted rom-com.”

On the other hand, Park Jae Hoon is vaguely similar to Choi Siwon’s “Work Later, Drink Now” character Kang Book Goo, on which Choi Siwon commented with a laugh, “I’ve had to re-film because the character of PD Kang came out while I was acting.” 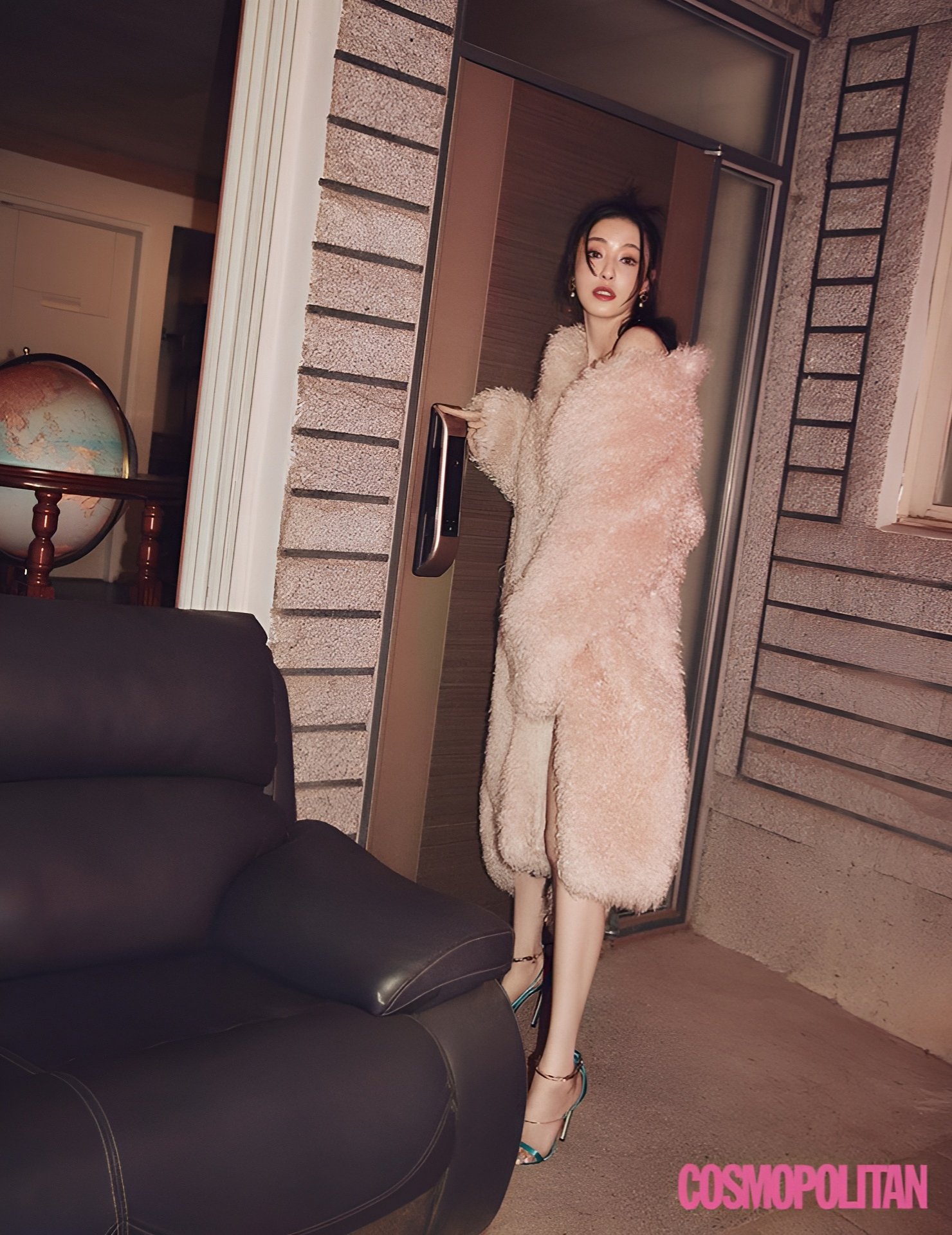 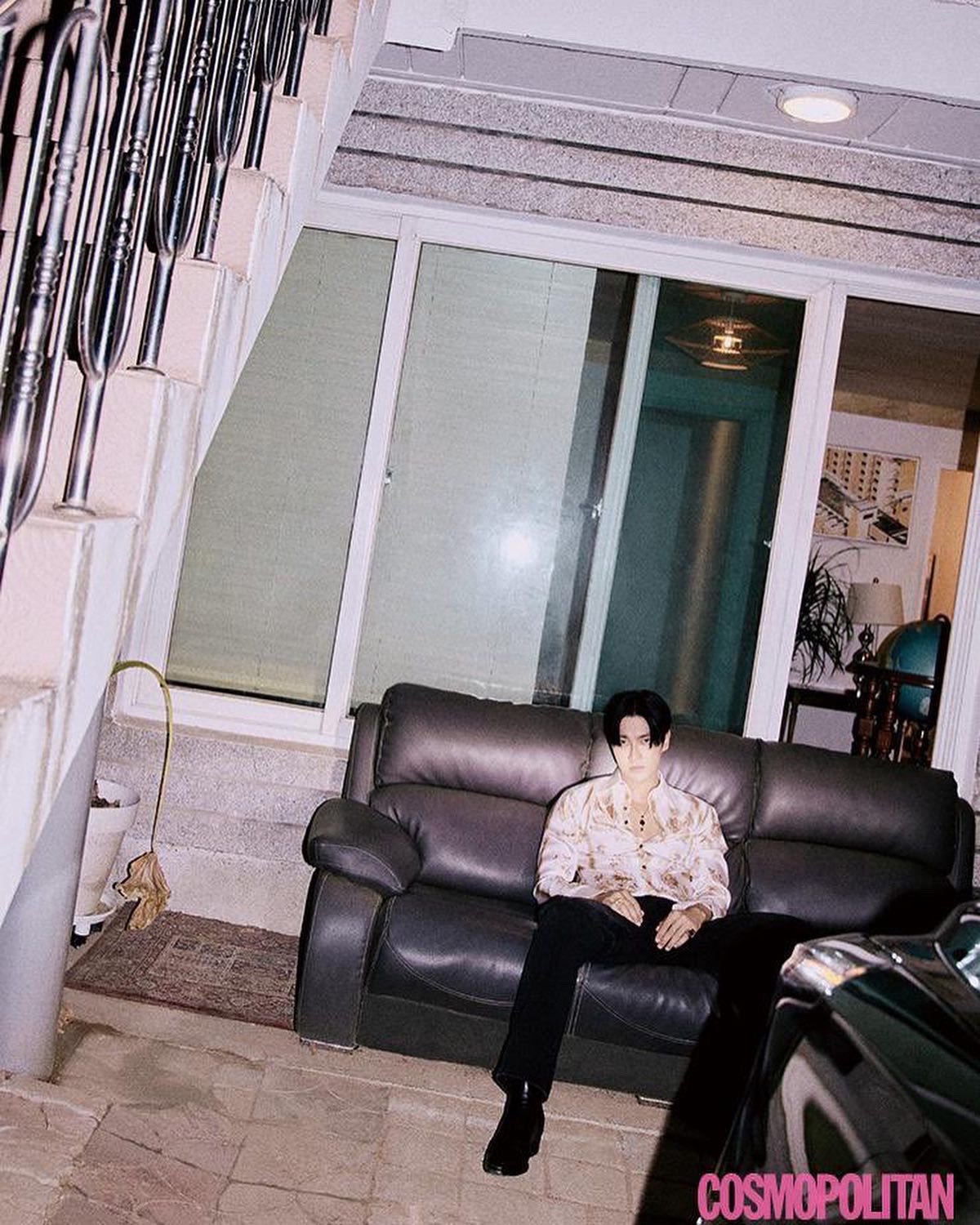 When asked what kind of message their drama spreads about dating, Lee Da Hee shared, “When I think about dating in my twenties, I really blindly only wanted love. Aside from things like their background, job, and hobbies, if I just liked the person, that was it. However, I think you gradually start to measure various things personality-wise. Just in case it’s hard in the stages of balancing one another. I want to retry the dating I did in my twenties but I think I lack that passion and it’s a bother. Through this drama, I’ve been able to look back on that passion again. It feels like I’m protecting that fire. I also realized that love isn’t always just butterflies and that you might not be able to feel it, even if you already have it.”

Choi Siwon answered, “If a viewer of this drama feels conflicted about what the standard of love is, I think they will be able to ask themselves this question. Is [the standard] butterflies? Or is it comfort? This is something that can also be applied to relationships between friends and colleagues, not just romantic relationships.” 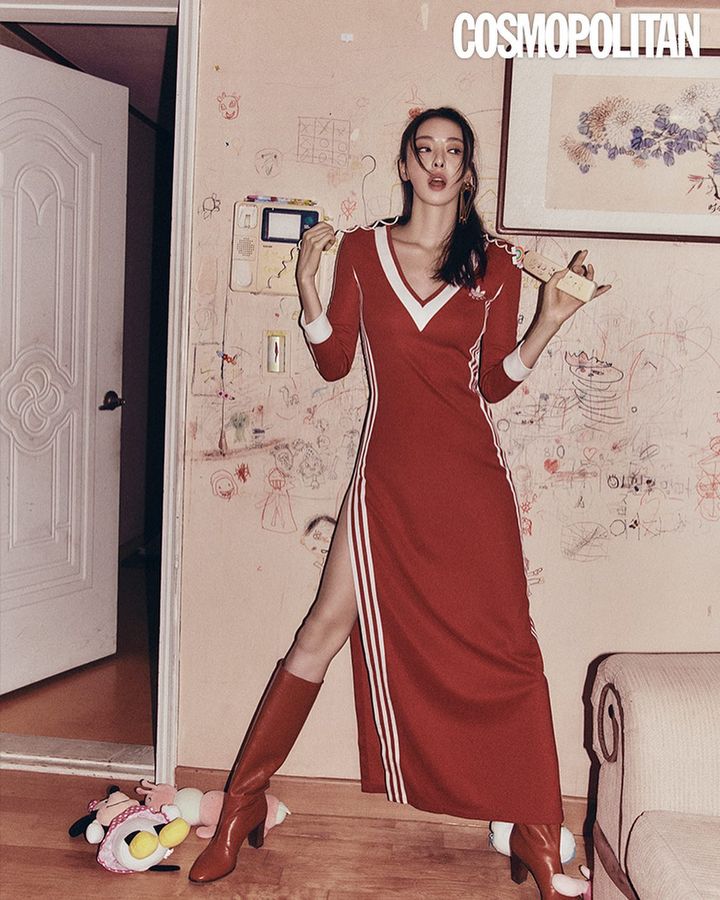 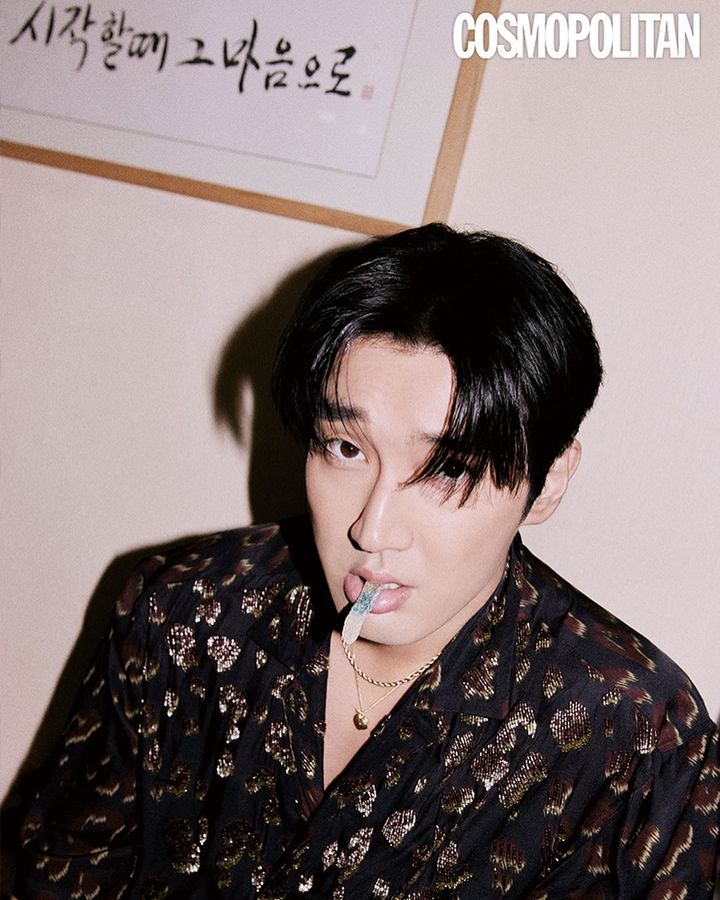 To conclude, the actors spoke about how sincerity is conveyed, with Choi Siwon sharing, “I think sincerity is just conveyed as is. Even through just a single phrase. It’s interesting. There’s a strange energy to sincerity.” Lee Da Hee continued, “It may be difficult to know in an instant, but sincerity is the strength that makes you continuously act and express yourself as you please. It’s what you feel when those things accumulate so I relate to [the saying that] sincerity will always connect you.”

Lastly, Choi Siwon added, “If you want to convey sincerity, for starters, it’s action first! If you’re sorry, apologize first, and if you’re thankful, say thank you. If you express yourself right away in those moments, you really feel it.” 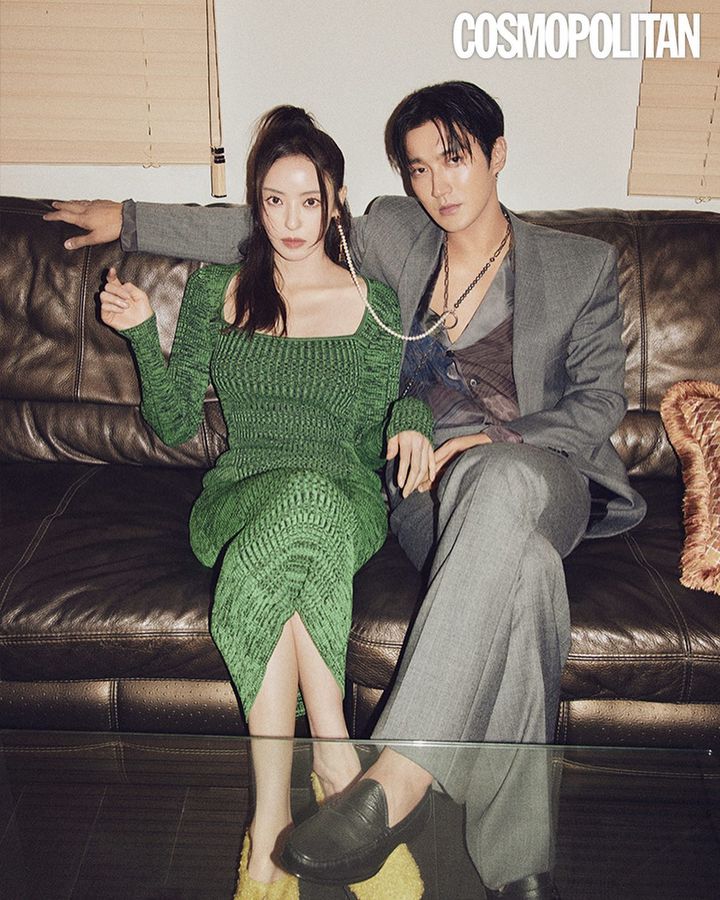 Cosmopolitan Korea’s upcoming November issue will include Lee Da Hee and Choi Siwon’s full interview and photo shoot! The next episode of “Love is for Suckers” will air on Wednesday October 26 at 9 p.m. KST.

An In-Depth Look At The Line Distributions For All 6 Songs On TREASURE’s “The Second Step: Chapter One” Album

An In-Depth Look At The Line Distributions For All 6 Songs On TREASURE’s “The Second Step: Chapter One” Album