Things are getting tense in “Three Bold Siblings”!

In the last broadcast, Kim Tae Joo and Lee Sang Joon officially began dating, warming viewers’ hearts with their cute relationship. At the end of the episode, the two met up to attend a meeting between Lee Sang Min (Moon Ye Won) and her fiancé’s families.

In the newly released photos, Kim Tae Joo emerges from the bathroom soaking wet with a flustered expression, leaving viewers to wonder what exactly happened in there. Meanwhile, Lee Sang Joon looks at her with a mix of anger and worry, gripping her arm firmly as the two engage in a rather tense conversation. 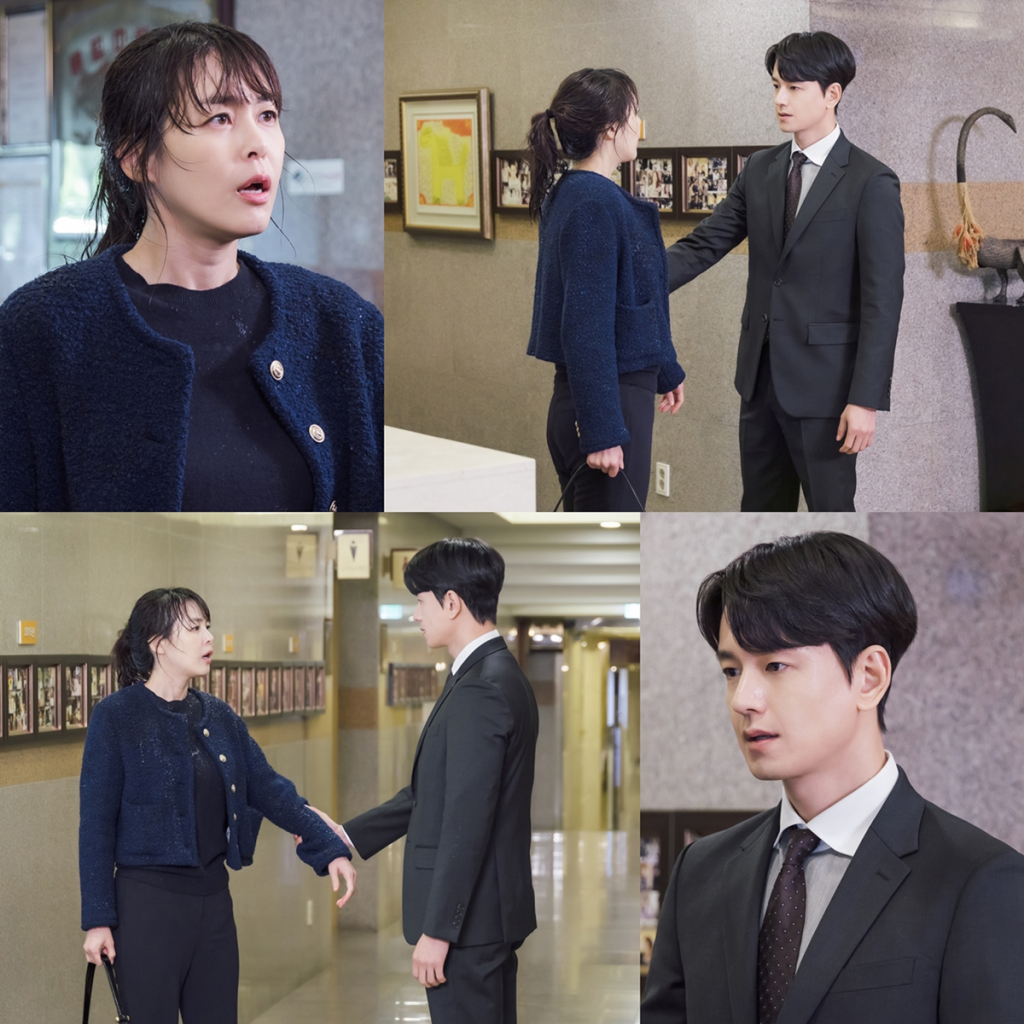 The production team commented, “Please watch with lots of anticipation regarding what happened to Tae Joo and Sang Joon, who have mustered the courage to attend Sang Min’s meeting together, and whether they’ll be able to wrap up the meeting well.”

Find out what happened in the next episode that airs on November 5 at 8 p.m. KST!

Until then, catch up with the latest episode on Viki!

Hyeri And Lee Jun Young Just Can’t Seem To Avoid One Another In “May I Help You?”

Hyeri And Lee Jun Young Just Can’t Seem To Avoid One Another In “May I Help You?”