“Shooting Stars” is a new romantic comedy about the people who work behind the scenes in the entertainment industry cleaning up the messes created by the stars. The drama depicts the realistic story of people who stand behind the celebrities and shed blood, sweat, and tears to make them shine like stars in the sky.

The script reading for the drama was attended by cast members Lee Sung Kyung, Kim Young Dae, Yoon Jong Hoon, Kim Yoon Hye, Girl’s Day’s Sojin, CNBLUE’s Lee Jung Shin, and more. Despite it being their first script reading together, the cast showed off their prowess and knowledge of the entertainment industry with realistic acting. 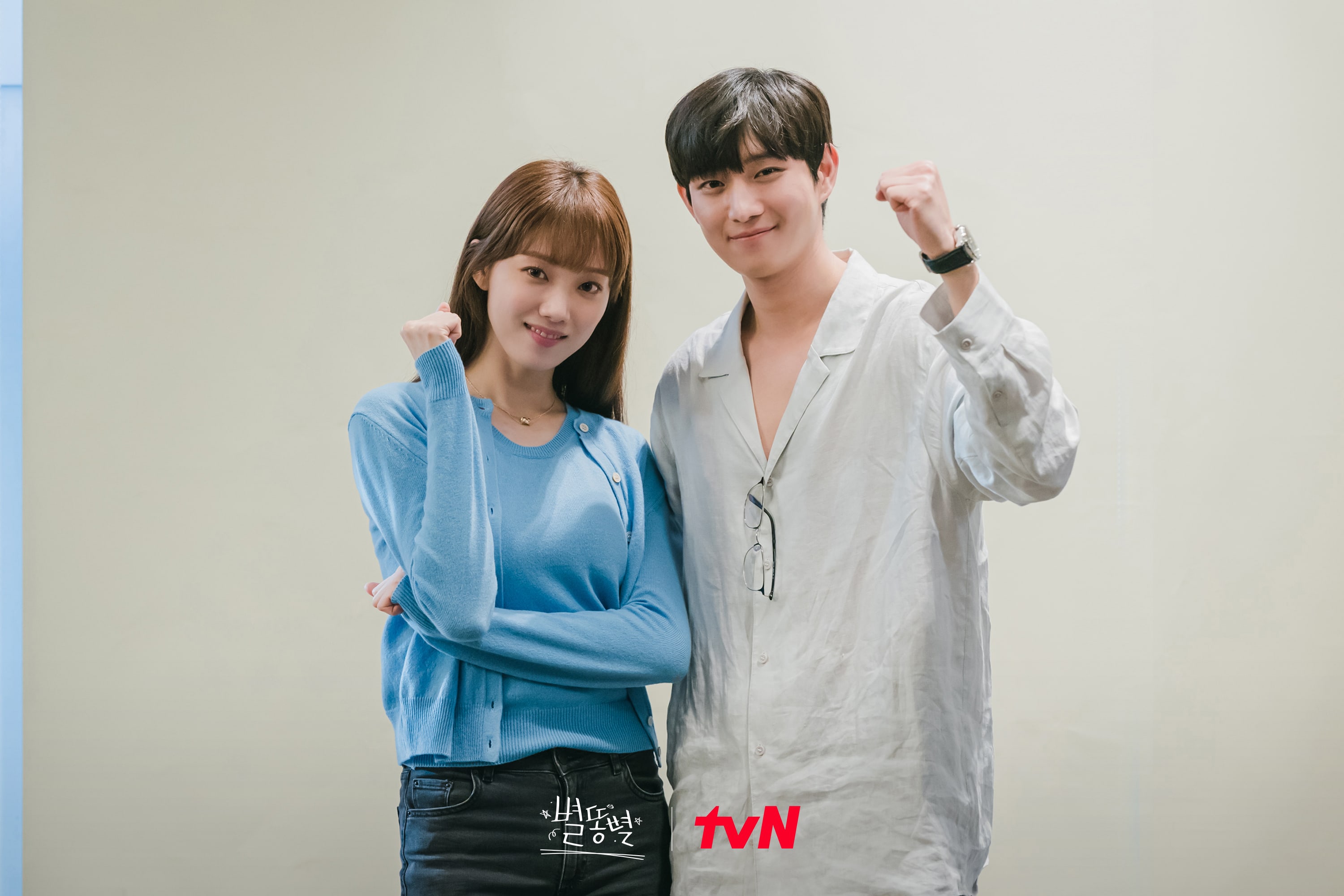 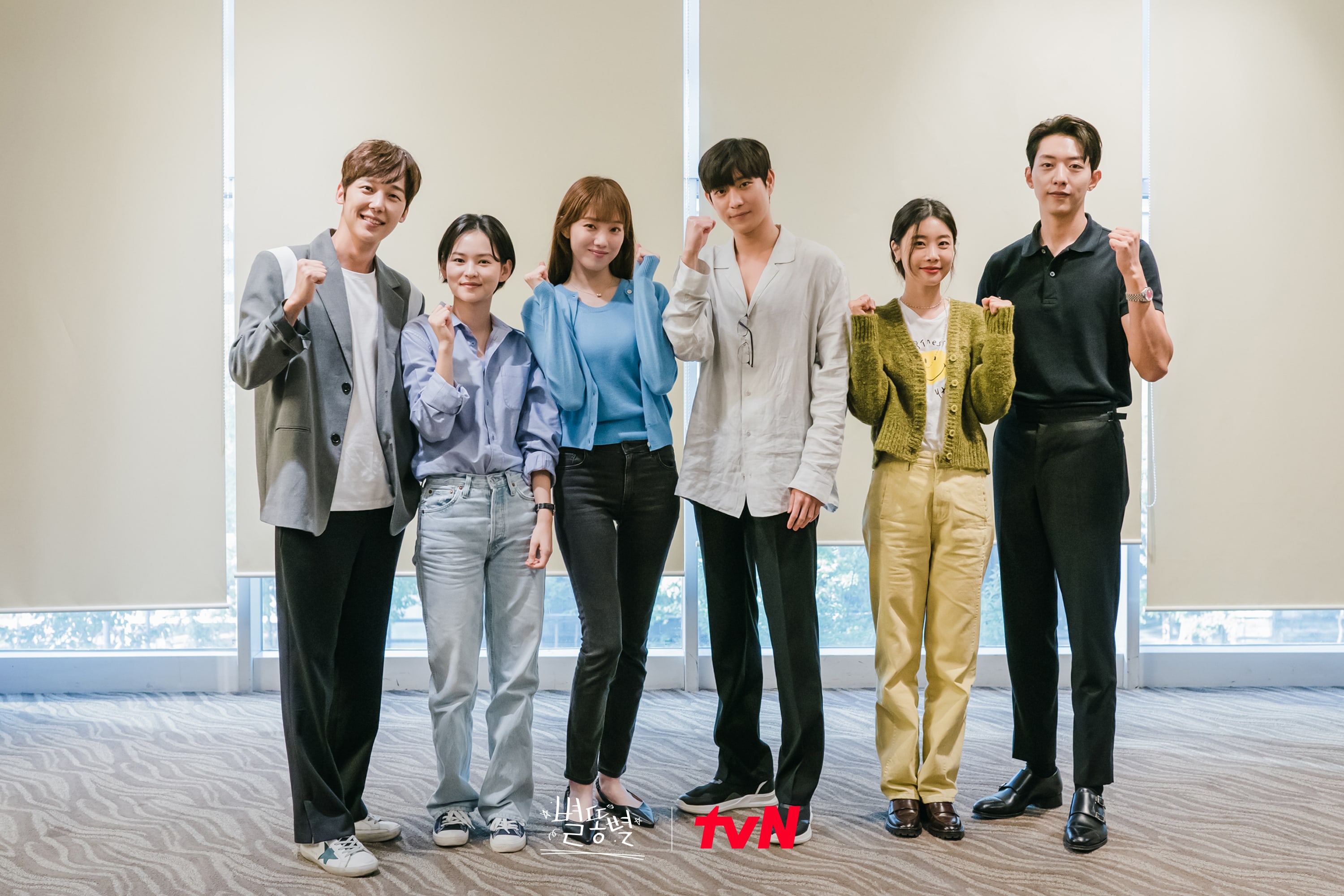 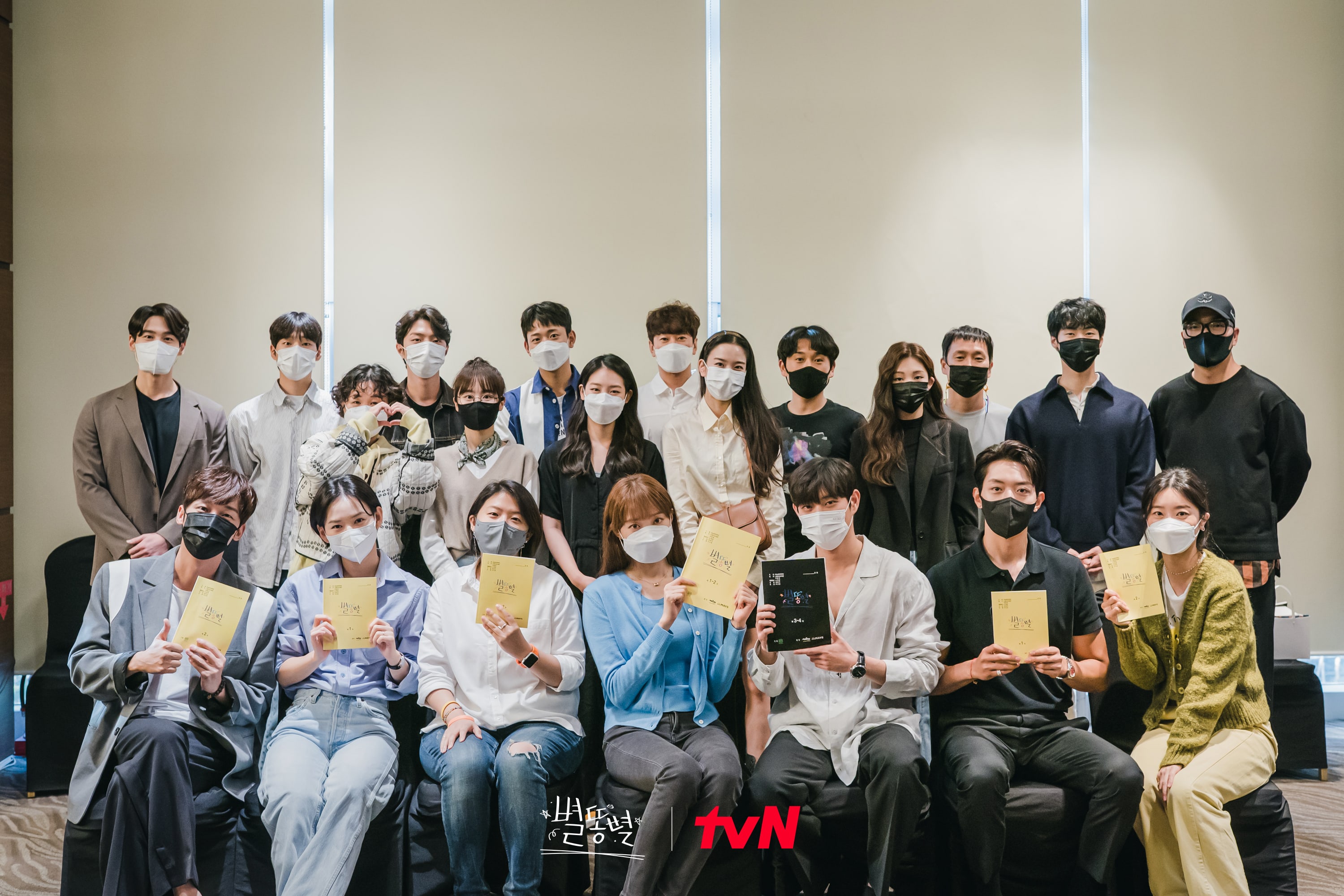 Lee Sung Kyung portrayed her skills and lovable charm by acting as Oh Han Byul, the head of the PR team at Star Force Entertainment. She realistically expressed both the joys and sorrows of company employees. Kim Young Dae, who plays the perfect superstar Gong Tae Sung, expressed his character’s complicated nature by flipping back and forth from “celebrity Gong Tae Sung,” who makes fans’ hearts flutter, to “natural Gong Tae Sung,” who drives his agency crazy. 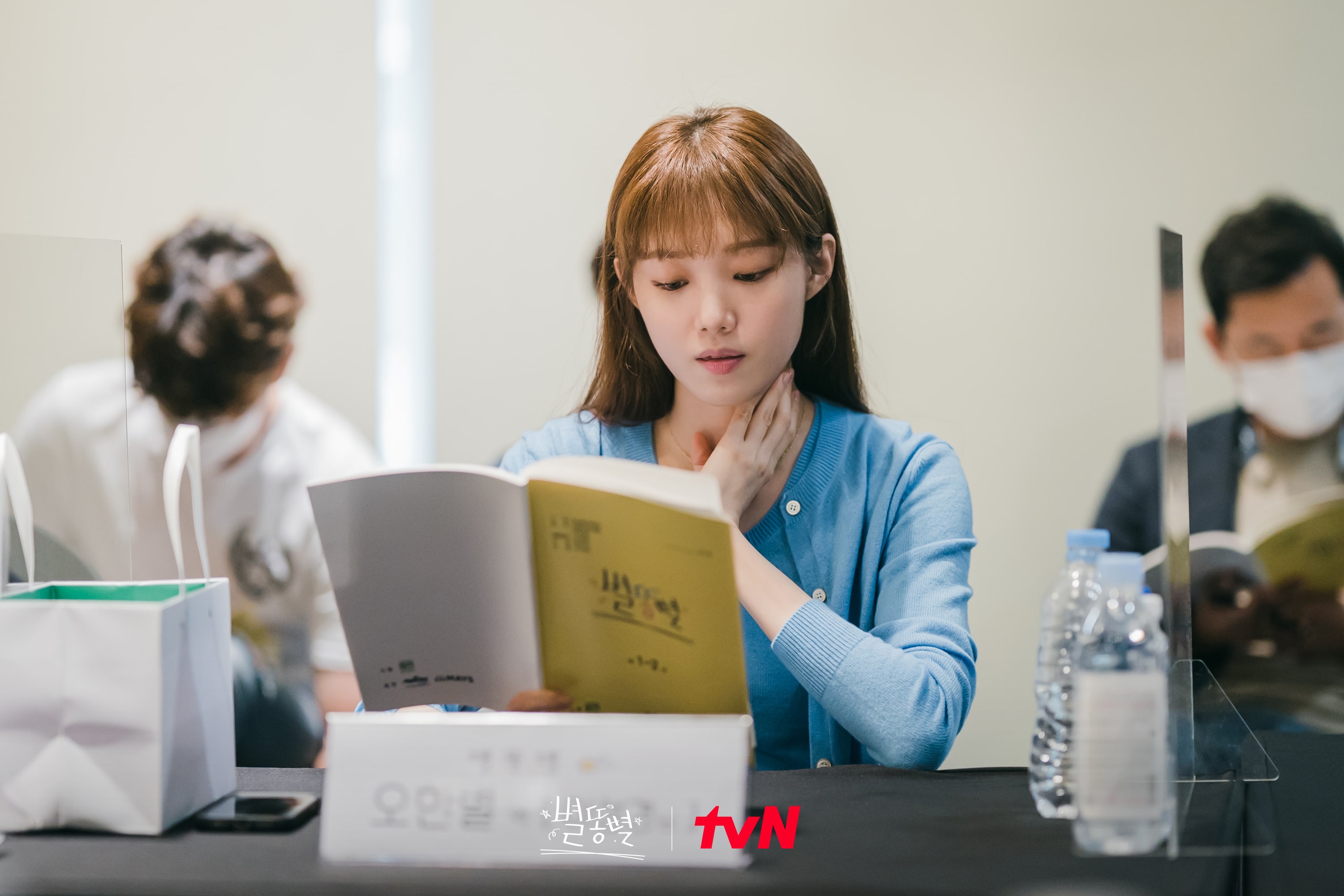 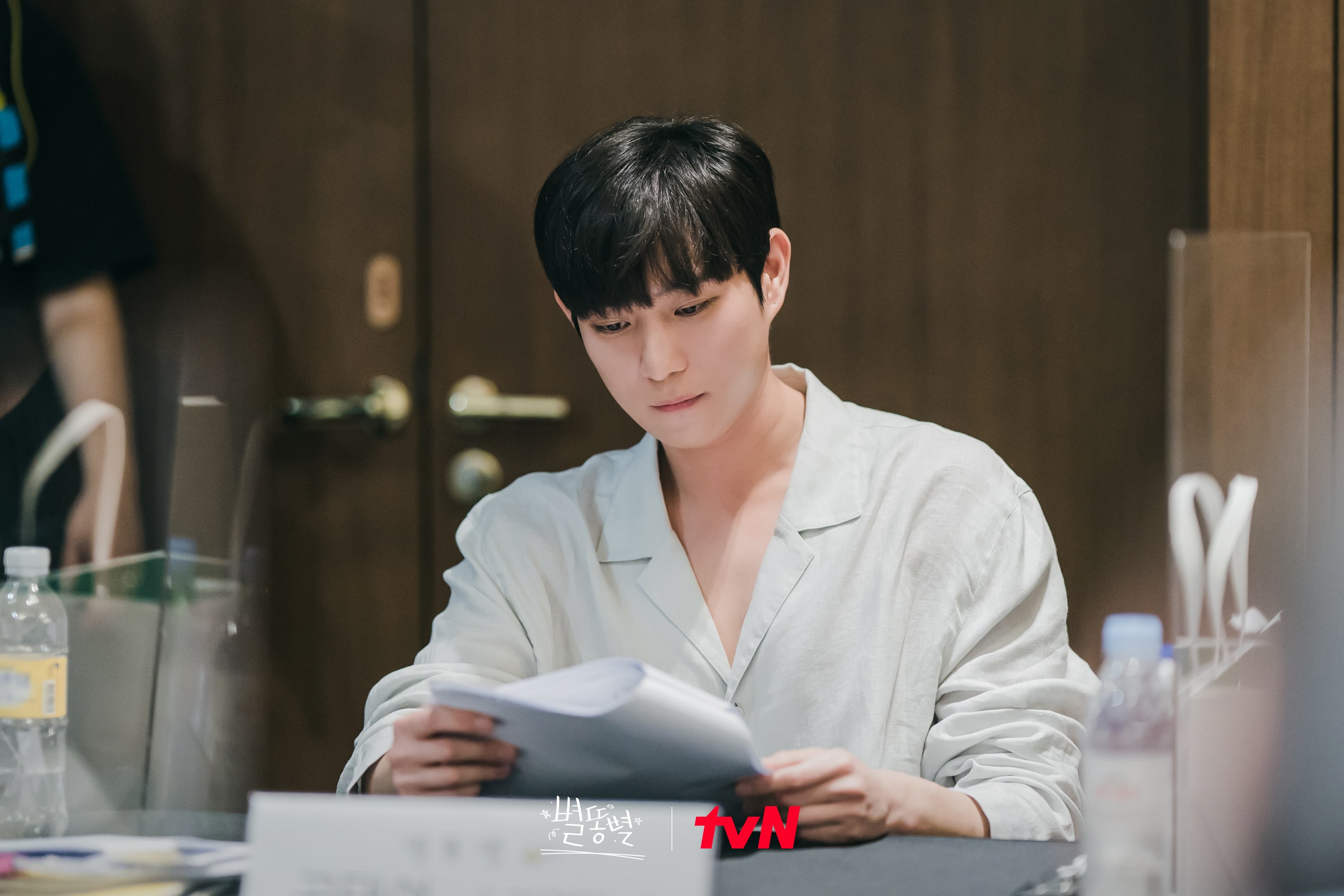 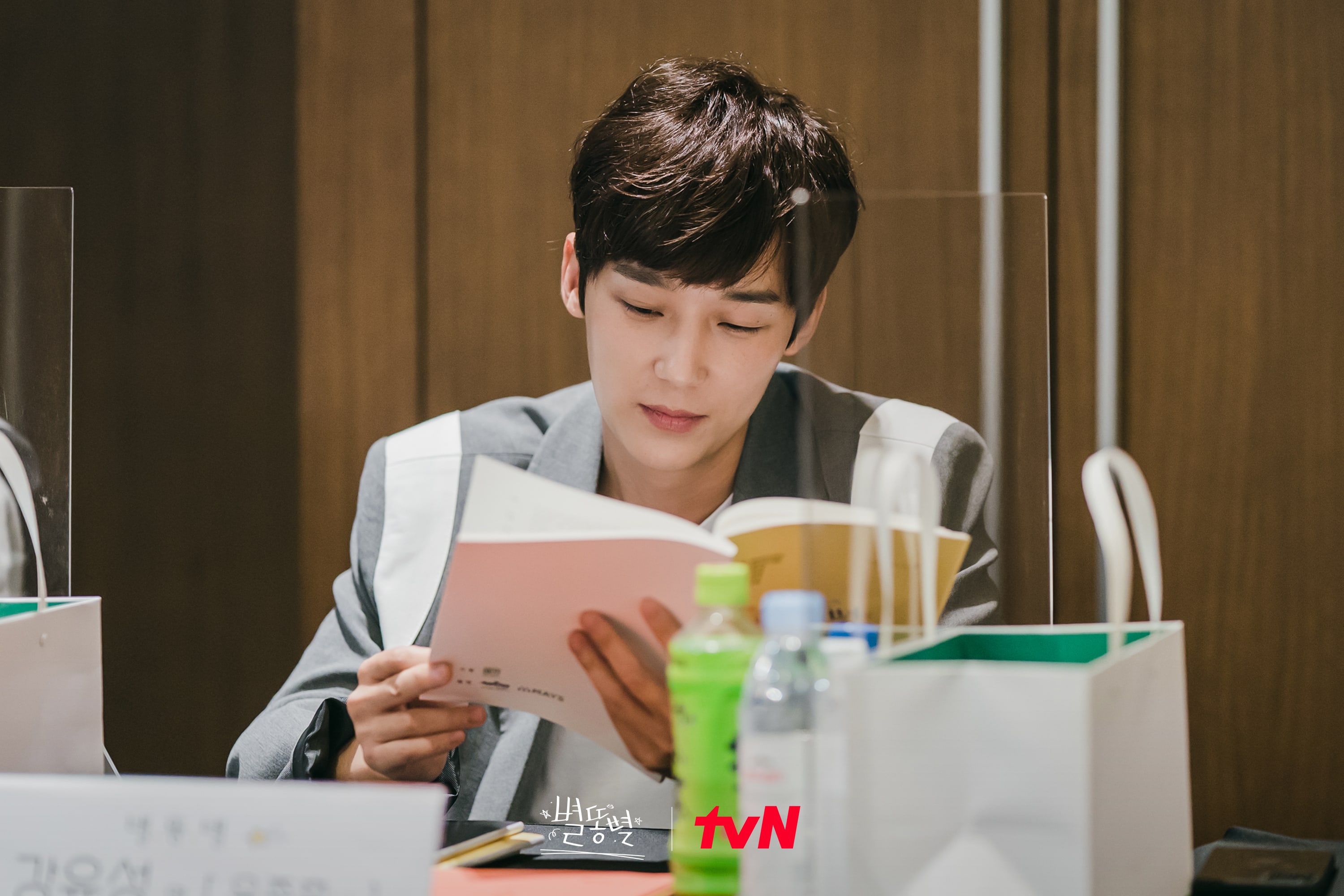 At the beginning of the script reading video, Kim Young Dae greets the cast and crew and says, “It’s a huge honor to meet everyone. I’ll try my best to make a good project.” Lee Sung Kyung also stands up to briefly state, “I’m lacking a lot, but I’ll try my best to do well. Please help me a lot. Thank you.”

Throughout the video, the cast members become immersed in their characters and make the story come to life. At comedic parts of the script, laughter erupts from both the cast and crew. The cast shows strong chemistry, raising anticipation for the romance between Lee Sung Kyung’s and Kim Young Dae’s characters. 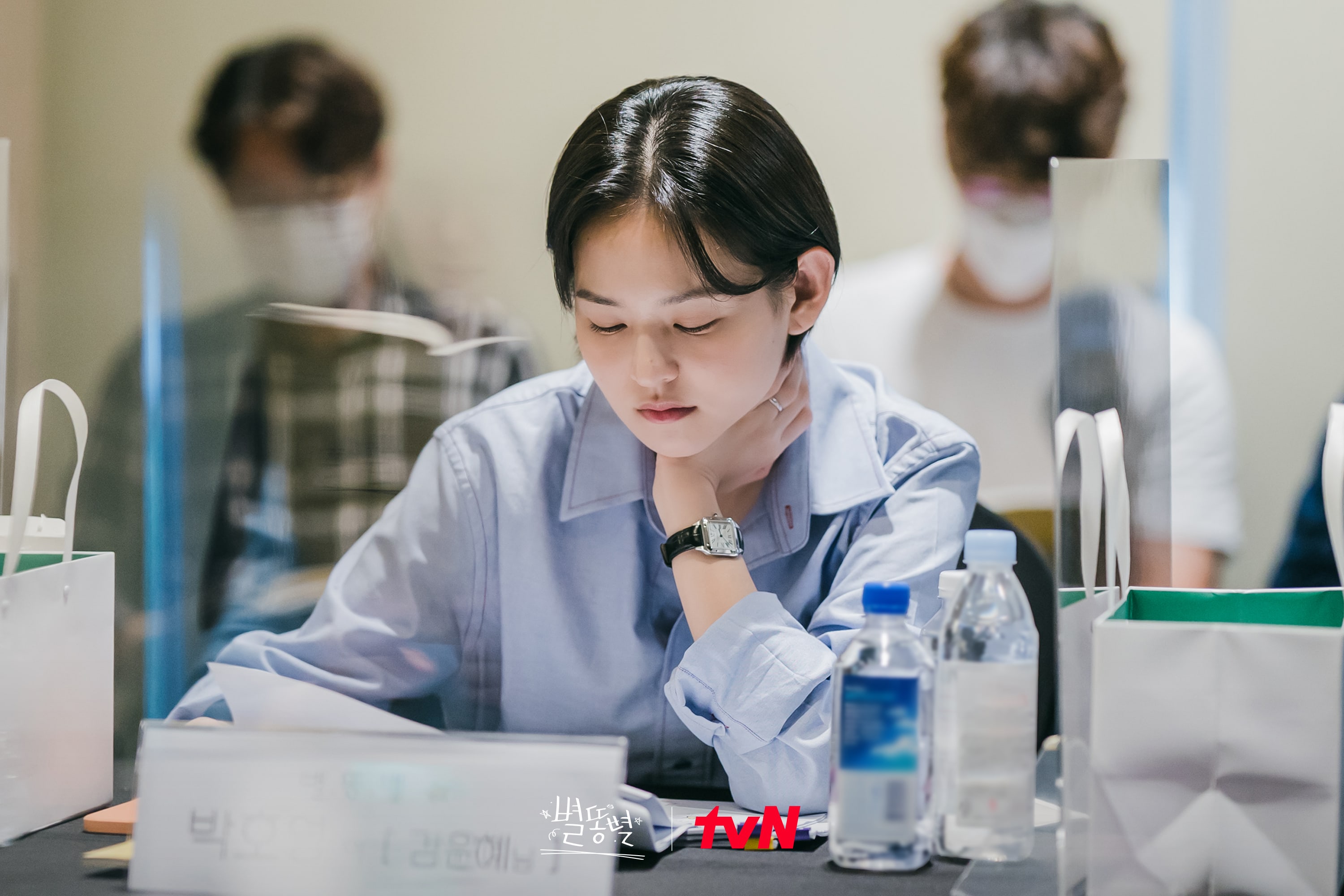 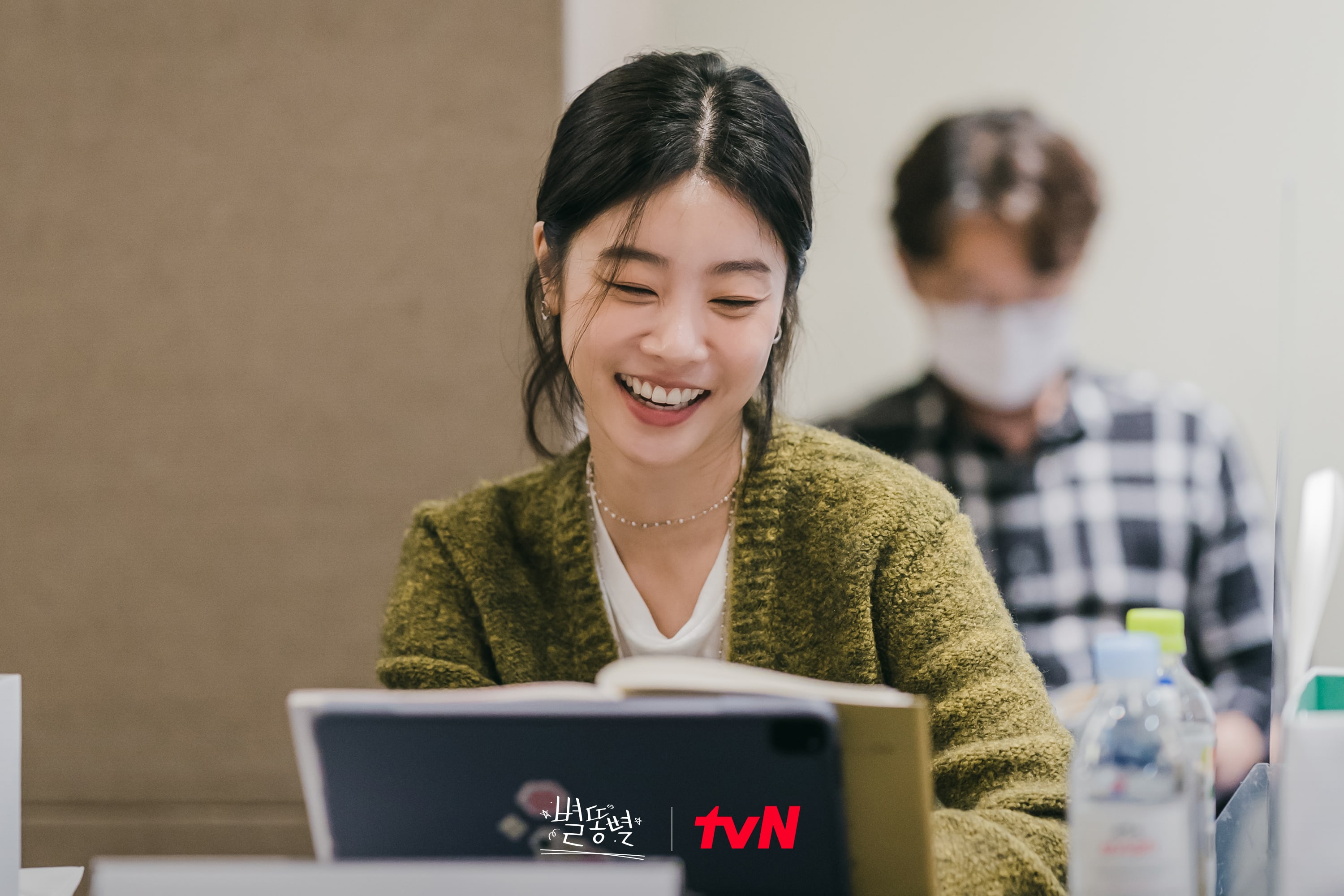 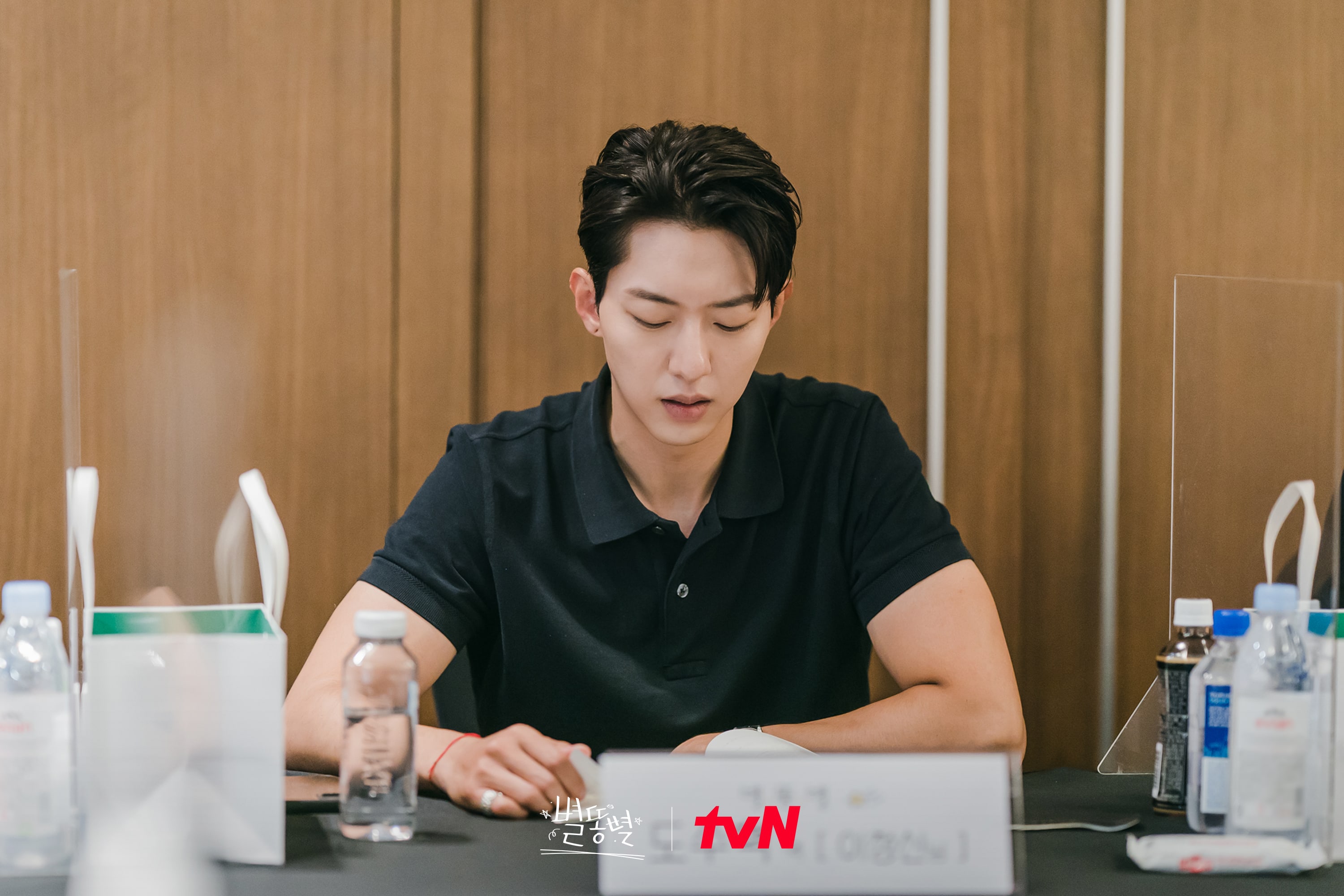 Towards the end of the video, the actors give brief introductions to their characters followed by footage of them reading their lines. Lee Sung Kyung describes her character as one who fulfills her duties well and works hard. Kim Young Dae describes Gong Tae Sung as a top celebrity.

Yoon Jong Hoon shares that his character makes sacrifices but doesn’t flaunt it in order to let the actors shine. Kim Yoon Hye says Park Ho Young is a character who matures both as a person and as an employee, while Sojin explains that even though her character’s name Gi Bbeum means “joy” in Korean, she is actually cynical. Finally, Lee Jung Shin describes Do Soo Hyuk as someone who can be unapproachable and cold.

After the script reading, the production team commented, “From the script reading where the actors first worked together, we couldn’t stop laughing thanks to the bright and positive energy they emitted as well as their great acting chemistry. In addition, the actors burst into laughter as they related to the realistic portrayal of the entertainment industry that is alive in parts of the script. We will present a refreshing and comfortable romantic comedy that is suitable for spring. Please look forward to it a lot.”

“Shooting Stars” is scheduled to premiere in April. Check out the full video of the script reading below:

While waiting, check out Lee Sung Kyung in “Dr. Romantic 2“:

And watch Kim Young Dae in “The Penthouse 3“: