JTBC’s “Reborn Rich” is a new fantasy drama starring Song Joong Ki as Yoon Hyun Woo, a loyal secretary to a chaebol family who owns Sunyang Group. When he dies after being framed for embezzlement by the very family that he had faithfully served, he is reborn as the family’s youngest son Jin Do Joon, and he plots to take over the company out of revenge.

Lee Sang Min stars as Jin Yang Chul, Sunyang Group’s ambitious president and Jin Do Joon’s grandfather. After growing up in poverty, Jin Yang Chul successfully overturns his fate to become the president of South Korea’s No. 1 business. He has fierce conviction in himself, impeccable drive, and is willing to do absolutely anything for money.

The thoroughness that has become the foundation of Jin Yang Chul’s wealth and success is evident in the newly-released stills. Jin Yang Chul has a sharp gaze that appears capable of piercing anyone and anything. However, depending on the situation and who he’s talking to, Jin Yang Chul’s facial expressions vary greatly, previewing the character’s complexity and hidden motives. 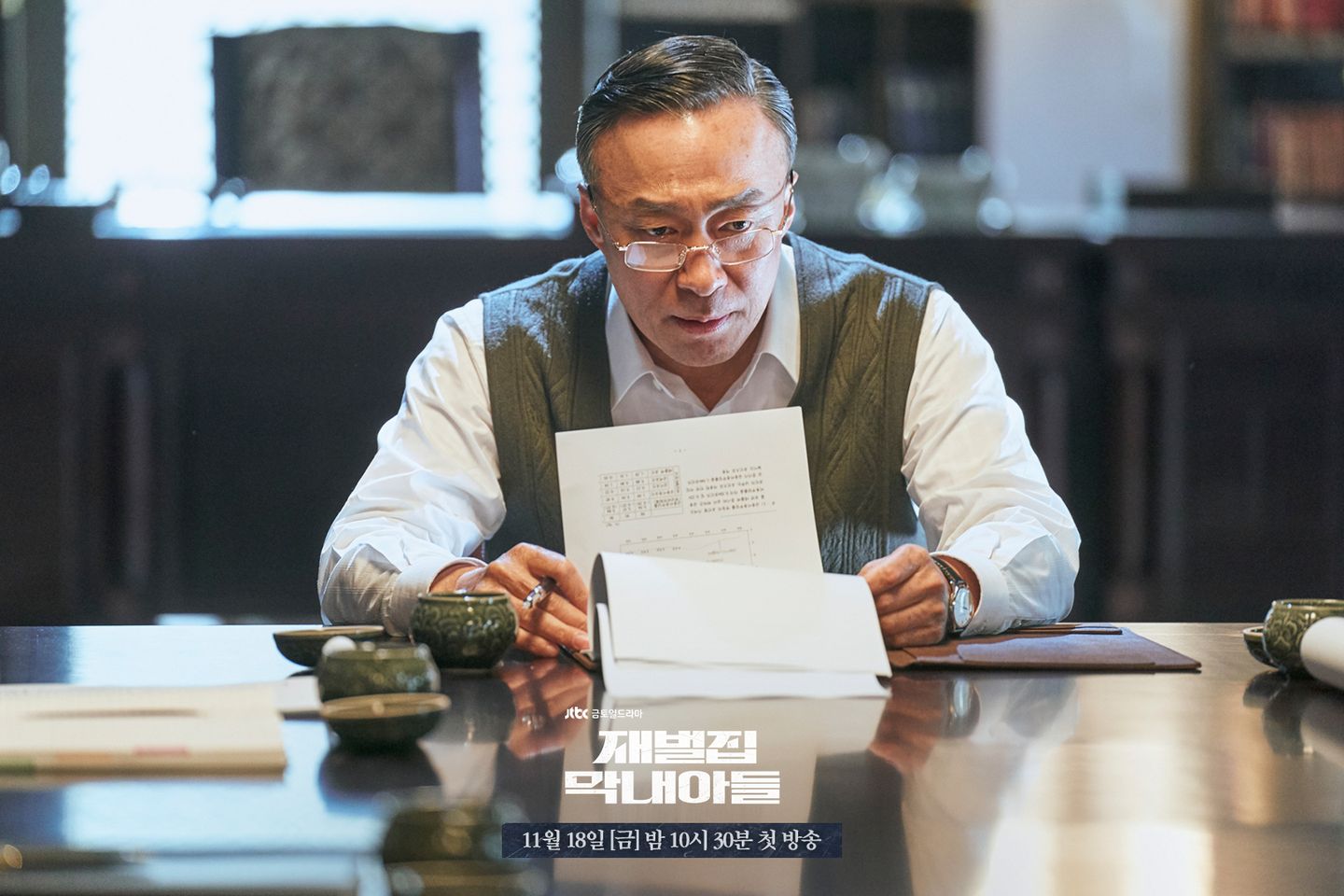 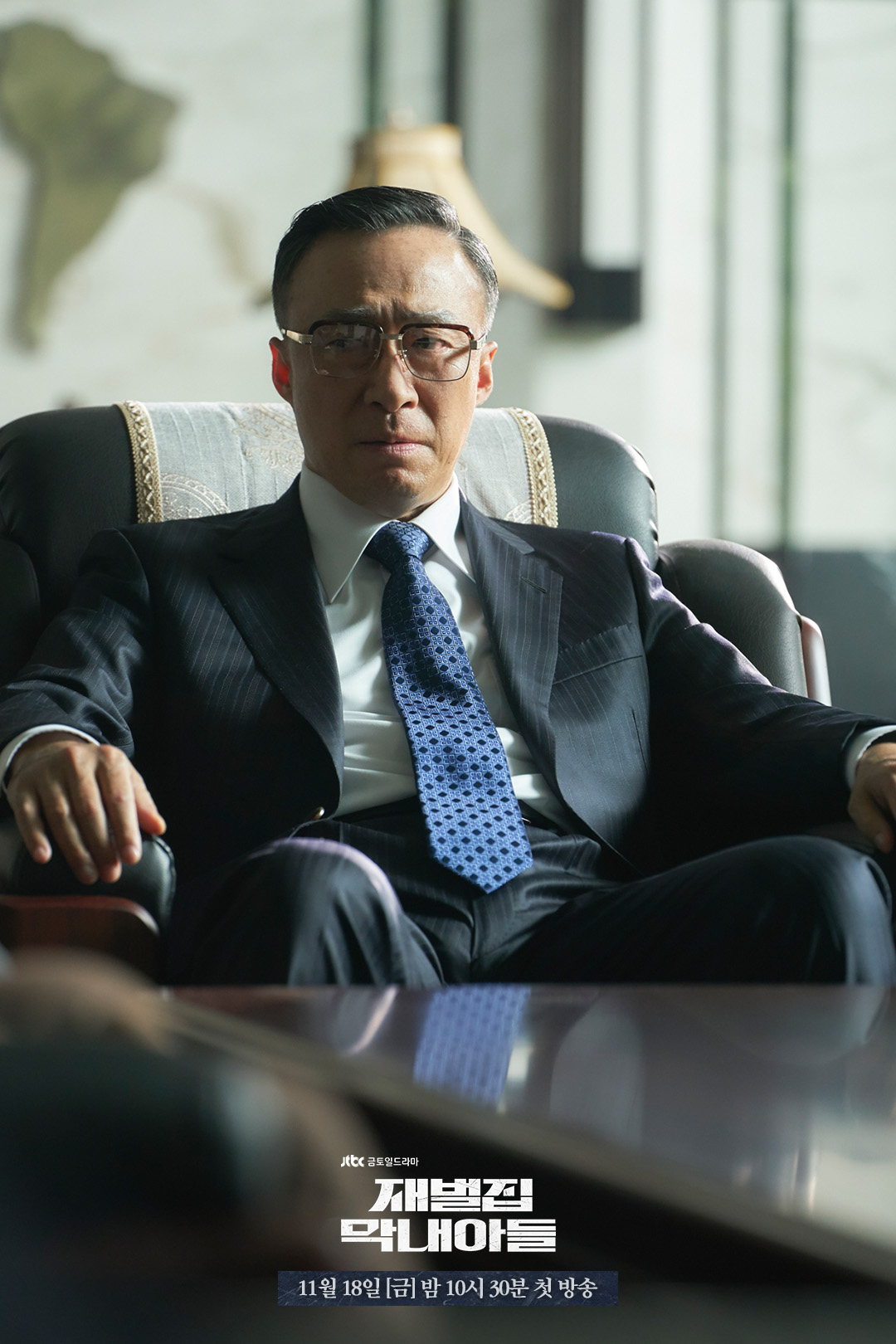 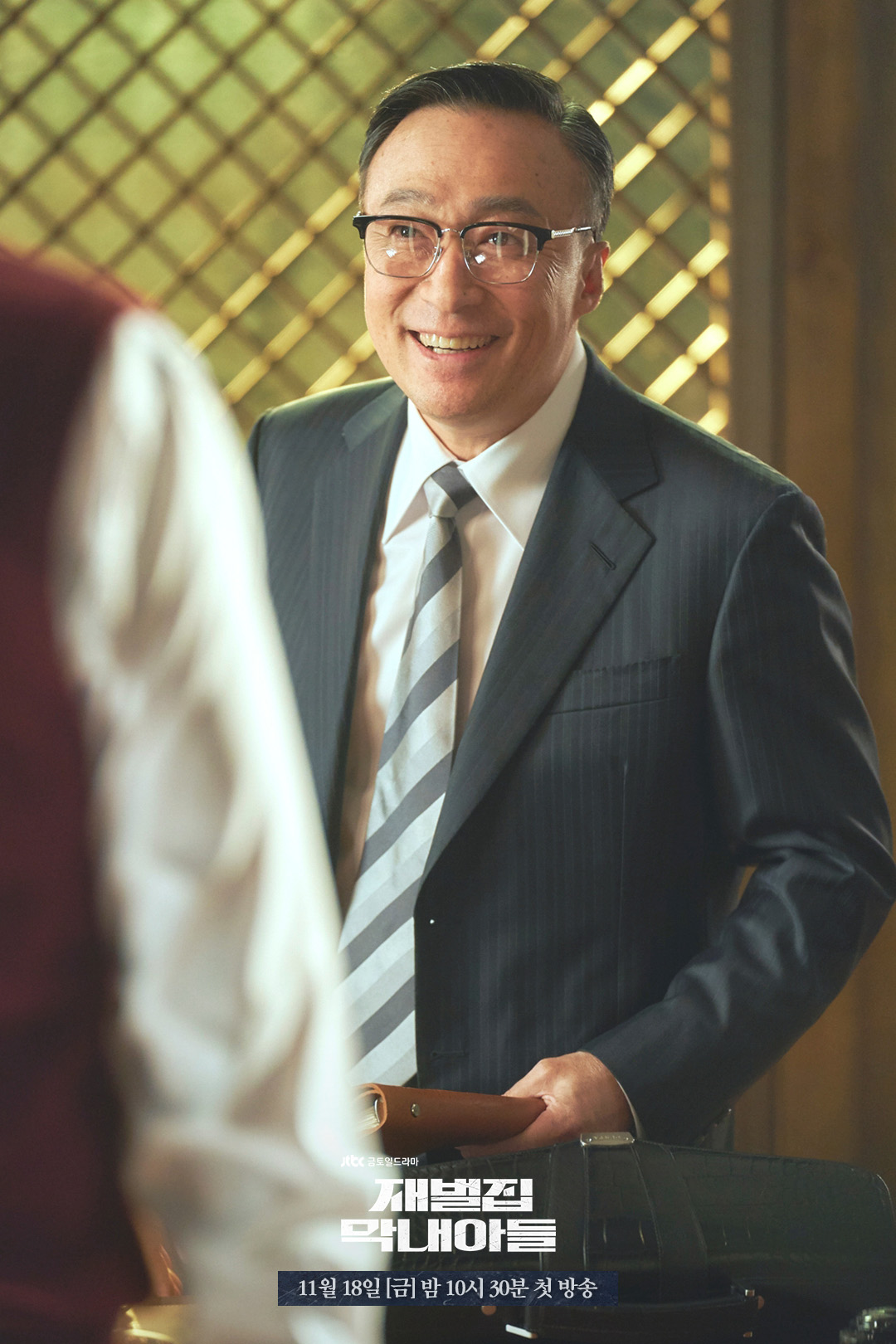 While he’s wildly passionate in the face of money, Jin Yang Chul is more cool-headed than anyone with regards to Sunyang. Given his fiery ambition, stay tuned to find out what kind of games he’ll play with his grandson Jin Do Joon, who has outstretched a threatening hand towards Sunyang, and what lengths Jin Yang Chul will go to as he fails to let go of his greed, even at the end of his life.

Lee Sung Min remarked, “Writer Kim Tae Hee influenced me a lot in my decision to choose this project. Additionally, I had a lot of anticipation that director Jung Dae Yoon’s detailed producing would add more to the completeness [of the drama].”

Regarding why he chose to star in “Reborn Rich,” Lee Sung Min explained, “The script was incredibly new and detailed. I was impressed by the progression of the historical scale from past to present.”

Lastly, he shared of his character, “He is the most fiery person with regards to pioneering the vision for Sunyang Group’s future. If it’s to protect Sunyang Group, he is more coldhearted and cruel than anyone else. I tried to add ideas to the environment of Jin Yang Chul that’s portrayed in the drama, Sunyang Group’s formation, and the processes he’s taken from starting the company to present day, in order to create the character.”

Watch a teaser with subtitles here!