Get ready to go back in time on the next episode of tvN’s “Love in Contract”!

“Love in Contract” is a new romantic comedy about a service that provides fake wives for single people in need of partners to bring to social gatherings, such as school reunions and dinners for married couples.

Park Min Young stars as professional fake wife Choi Sang Eun, who finds herself caught between longtime client Jung Ji Ho (Go Kyung Pyo)—with whom she has a long-term exclusive contract for Mondays, Wednesdays, and Fridays—and newcomer Kang Hae Jin (Kim Jae Young), an A-list idol-turned-actor who wants to sign a contract with her for Tuesdays, Thursdays, and Thursdays.

In the drama’s upcoming episode, viewers will be transported back in time to five years ago, before Jung Ji Ho and Choi Sang Eun began their contractual marriage.

The newly released stills capture Choi Sang Eun and Jung Ji Ho sitting back to back as they eat at separate tables at an outdoor pojangmacha. While Jung Ji Ho has seen Choi Sang Eun many times in his courtroom, Choi Sang Eun is not yet aware of Jung Ji Ho’s existence—and so she talks freely to her friend Woo Kwang Nam (Kang Hyung Suk) without realizing that he’s listening in.

Choi Sang Eun’s grave expression hints at just how serious the subject matter of their conversation is, and Jung Ji Ho appears to be lost in thought after overhearing what she has to say to her friend. 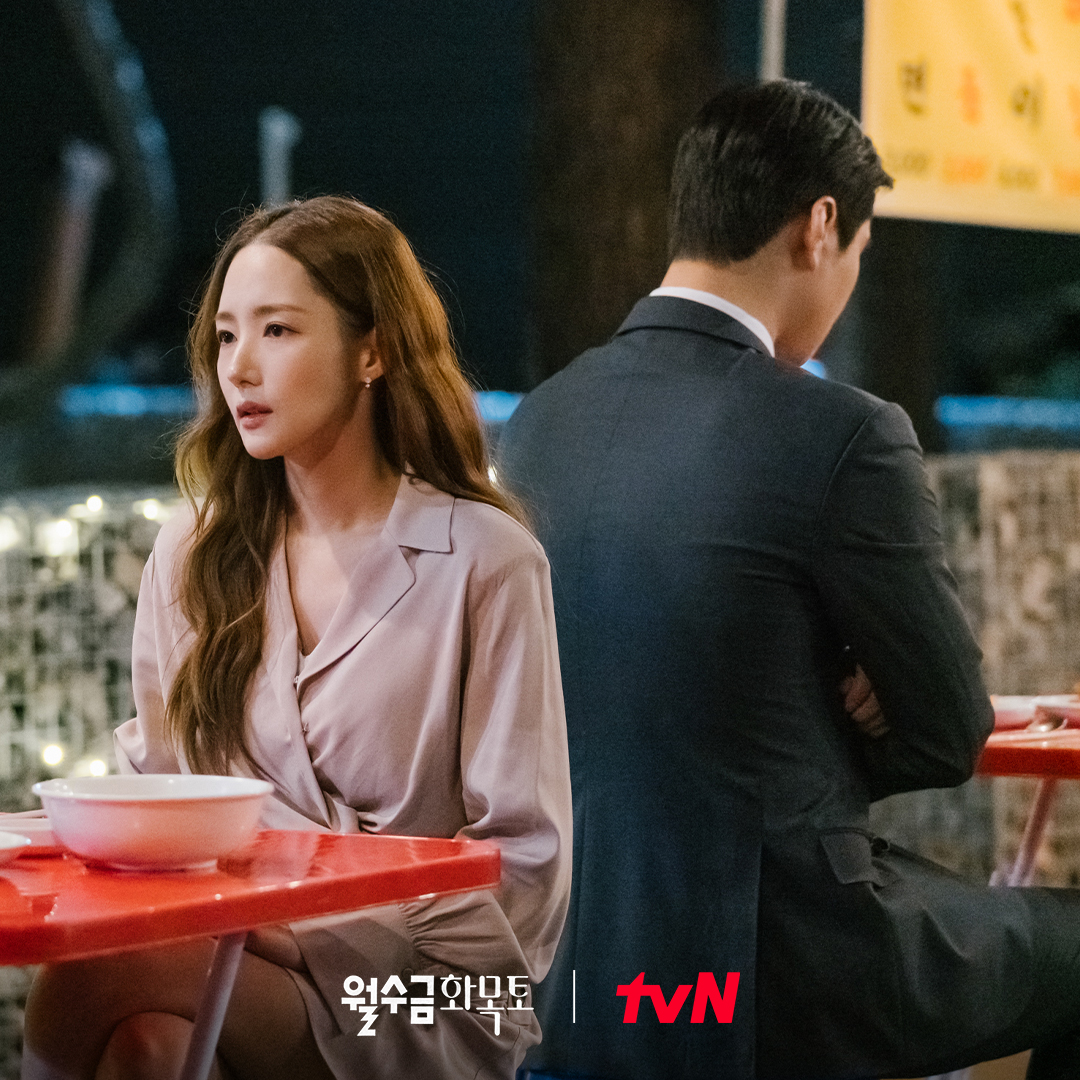 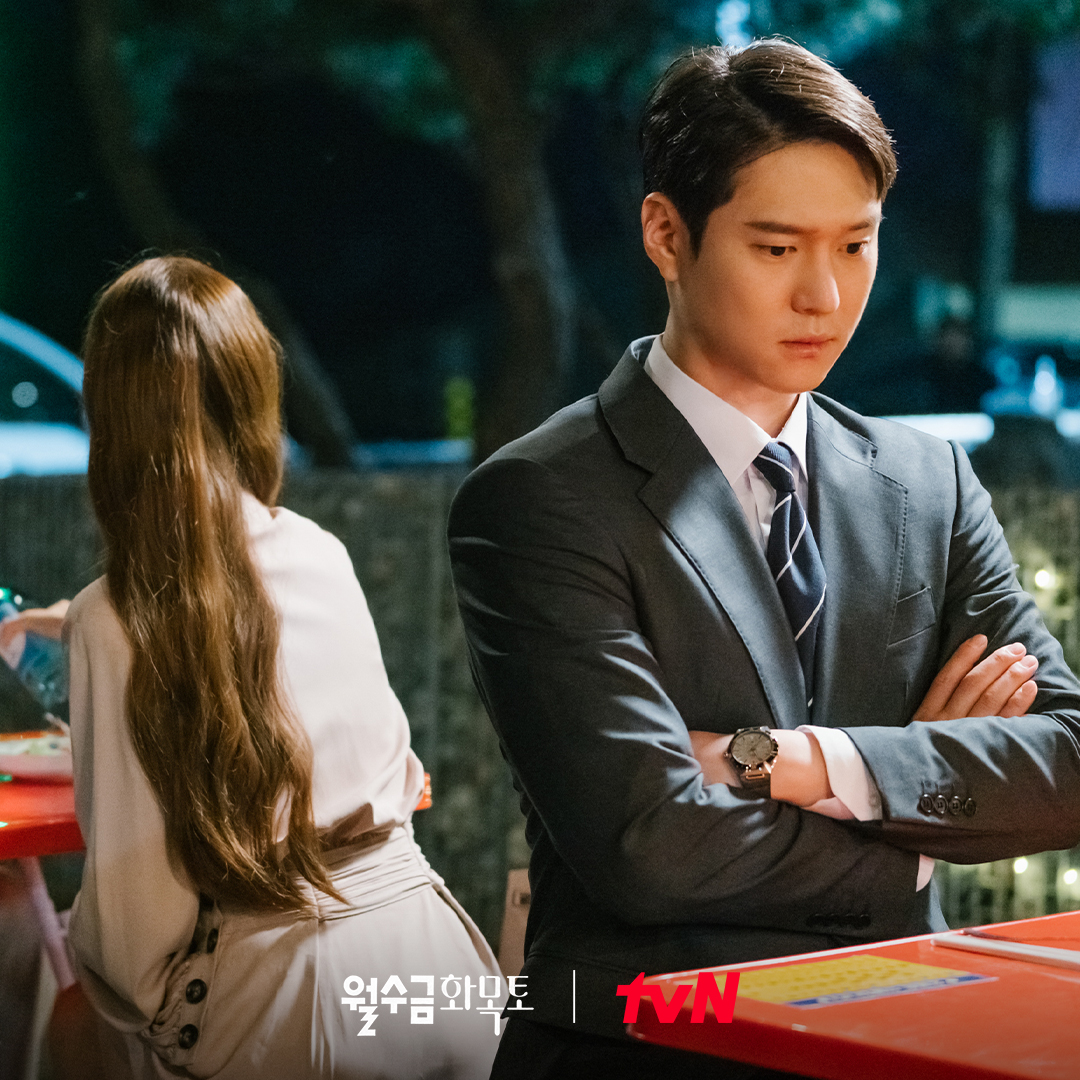 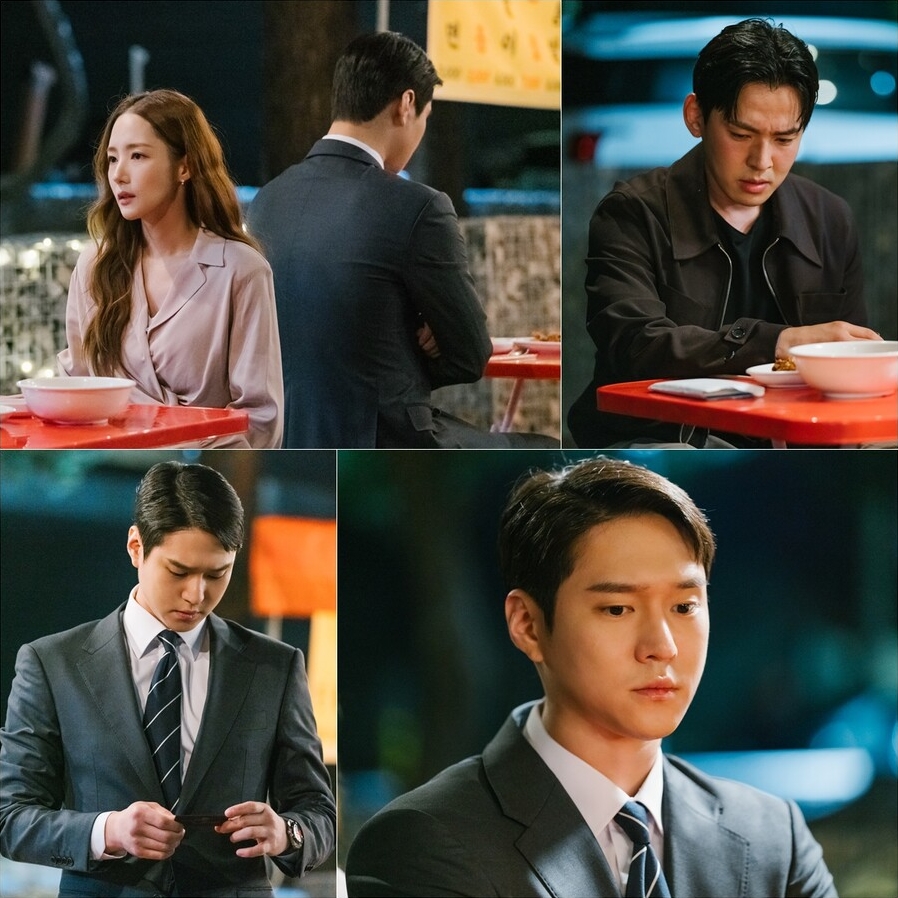 The producers of “Love in Contract” teased, “On today’s episode, the real reason that Jung Ji Ho signed a [marriage] contract with Choi Sang Eun will be revealed. Jung Ji Ho will begin to look inward at his feelings about Choi Sang Eun, and as a result, he will be swept up in a whirlwind of emotions that he is experiencing for the first time. Please look forward to the episode.”

To find out why Jung Ji Ho hired Choi Sang Eun as his wife, tune in to the next episode of “Love in Contract” on October 5 at 10:30 p.m. KST!

In the meantime, catch up on the first four episodes of the drama with subtitles below: