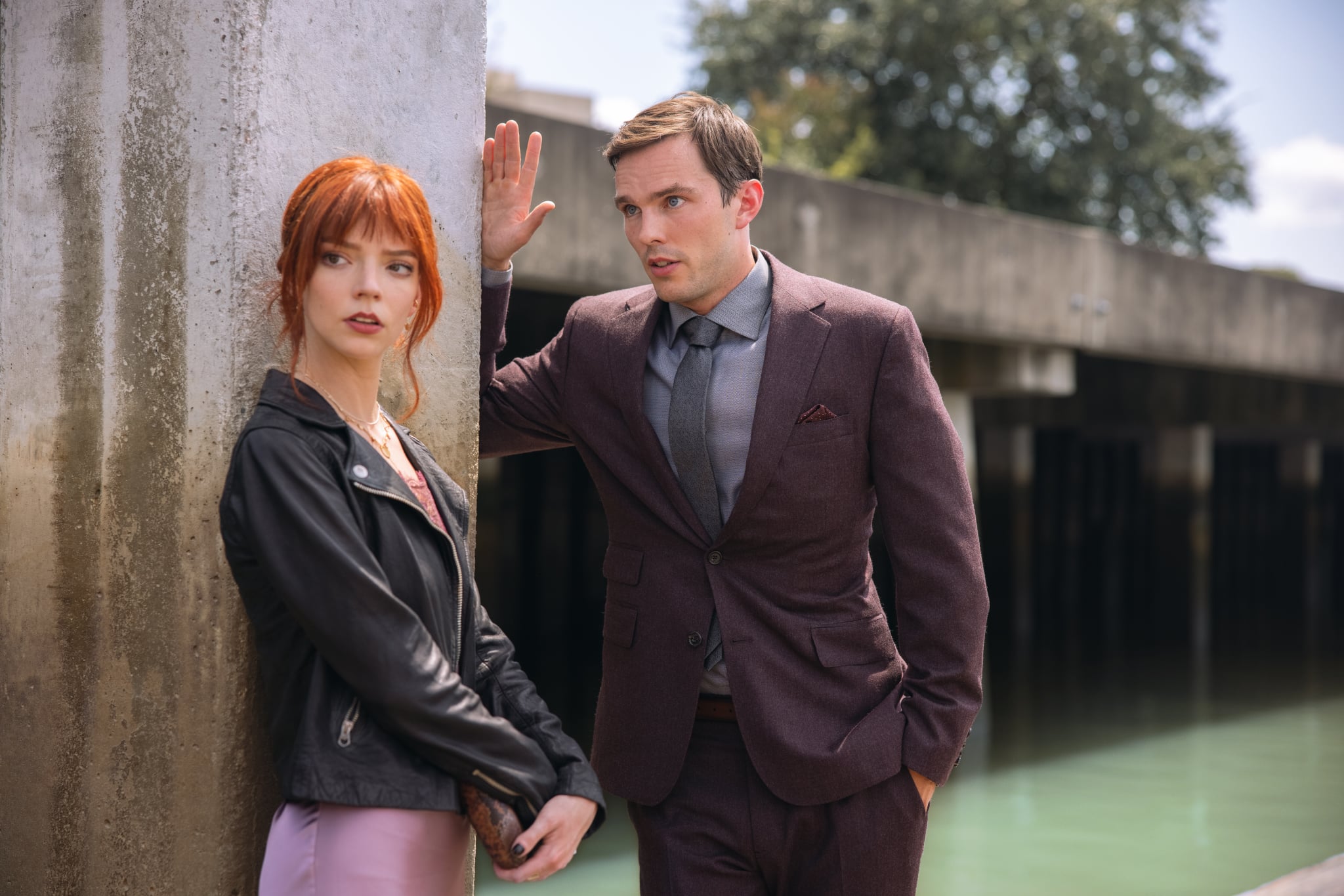 In “The Menu,” Nicholas Hoult’s a proud, overeager foodie. It’s constantly played for laughs in the horror movie — his need to snap photos of every course, to steal uneaten bits of food from the plate of his date (Anya Taylor-Joy), to flex the cooking knowledge he picked up watching “Chef’s Table.” Hoult tells POPSUGAR that he’s definitely not like that in real life.

“I’m not a take-photos-of-my-food person,” he says. He’s not big on taking photos in general. “Know those photos that you look through, and then you go, ‘I’m never gonna look at this?’ Or people that record whole songs at gigs. Are you really going to watch that back with the terrible sound off your phone?” Hoult would rather not bother in the first place.

So of course he took a photo of it. But he found the process of eating the donut actually a little too unsettling to really enjoy. “It was difficult to enjoy because of that,” he said. “My brain can’t work on those levels.”

It reminded Hoult of another bizarre fine-dining experience he had. He went to a restaurant that had a font specialist — that is, a specialist in selecting typefaces, and their expertise wasn’t just flexed on the literal pages of the menu. The restaurant had Hoult read a word in a specific font and then take a bite. “Then they were like, ‘Read it in this font, the same word, and try another bite,'” he remembers. “It sounds insane, but the food tasted more mustardy. I wasn’t gonna say anything, because I was like, ‘Nick, you’re imagining this,’ this is insane.” But someone he was with agreed the word in a new font changed the taste, bringing forth the mustard.

“That was quite a mind-blowing moment,” he says. “What’s going on in my brain that can make the flavor change just from reading this font? I don’t know. I’m still to understand it.”

Say what you will about Hoult’s character in “The Menu,” Tyler, but he’d probably know why that happens. Hoult loved the way the movie, which he calls “very different and original and fun and twisted,” slowly reveals what’s really going on with Tyler, until viewers ultimately learn what a “despicable” person he is. “There was just a lot of fun to be played within that,” he says.

“There’s times in this restaurant when crazy stuff is happening. And all he cares about is the food still,” Hoult explains of his character. “There’s this thing whereby the films that I love the most, when you watch them with an audience, some people are chuckling and finding this moment hilarious and the other half are completely horrified by it.” That’s what happens with “The Menu.”

Because of the way the story plays out — for most of the runtime, the guests are sitting at their tables in the restaurant — he and Taylor-Joy spent a lot of time together and got very close. When their characters appear in the background of shots in conversation, he says, “Sometimes we’ll just be making stuff up and telling random stories.” When director Mark Mylod called take, Hoult says, “I’d be like, ‘Okay, so what part of that story was true?’ . . . That’s how we’d get to know each other.”

“The Menu” is in theaters now.

The “Ant-Man and the Wasp: Quantumania” Trailer Shows Off Its New Addition, Kang the Conqueror

The “Ant-Man and the Wasp: Quantumania” Trailer Shows Off Its New Addition, Kang the Conqueror