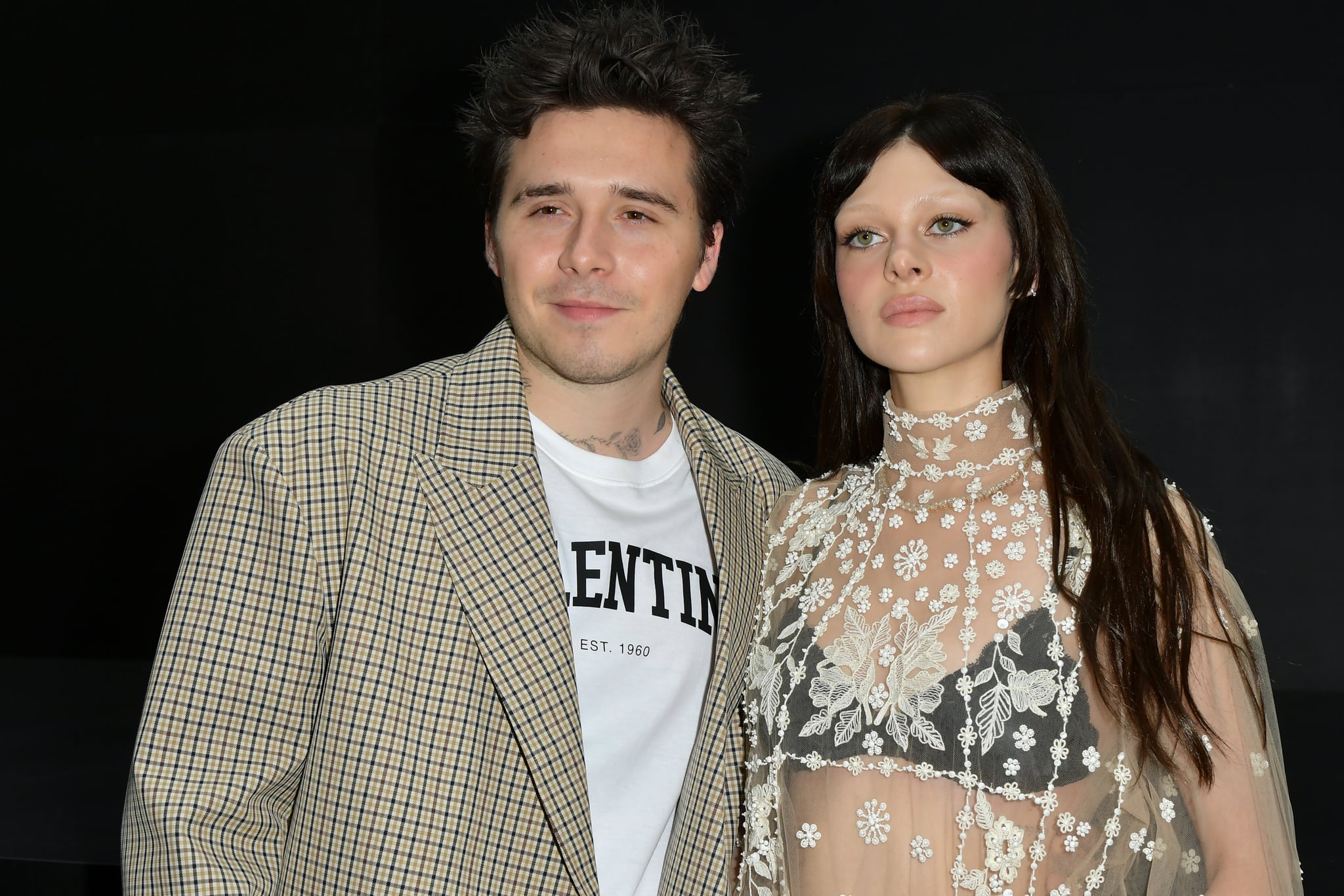 Brooklyn and Nicola Peltz Beckham seem to be on the same page when it comes to their future family. In an August interview with Entertainment Tonight, Brooklyn confessed that he wanted to have a lot of children. “I’ve always wanted to be a young dad,” he said. “I would love to have a family soon, but whenever my wife is ready.” He then added, “I could have, like, 10.”

When asked about her husband’s statement, Nicola was totally unfazed. “That is really sweet,” she told ET in a Nov. 14 interview. “We really do want a big family. We want to have some of our own kids and then we really want to adopt kids, too.”

She also shared that she feels her own family might have influenced Brooklyn’s desire to have a large brood. “I have seven siblings, so I think he loves being with my family and just being around so many boys,” Nicola added. “I think he has, like, built-in boy best friends now, so I think he really loves that.”

As far as their years-long relationship and marriage, Nicola expressed how happy she is with the way things are going. “Brooklyn’s truly like my best friend,” she said. “We’ve been together three years and I feel like I’m living with my best friend and also the love of my life, so it’s been nice. You have to marry your best friend.”

Before she and Brooklyn enter the world of parenthood, Nicola will star as Playboy Playmate Dorothy Stratton in “Welcome to Chippendales,” a true-crime saga about the world’s greatest male-stripping empire, which premieres on Hulu on Nov. 22. She also stars in her own feature called “Lola James,” which she also wrote, directed, and produced.

In a recent interview with The Times, Nicola revealed that Brooklyn is an extra in the film, though he almost had a speaking role — until she cut it when his acting skills weren’t up to par. “He had the most British accent ever. I ended up cutting him out!” she told the outlet. “He sat there, in the editing room, he was like, ‘Did you really just cut me out while I’m sitting here?’. . . I was like, ‘Yes, I love you so much!'”

Timothée Chalamet Says Zendaya Has “Really Become Like a Sister”

15 Famous Women Chris Evans Has Been Linked To

Timothée Chalamet Says Zendaya Has “Really Become Like a Sister”

15 Famous Women Chris Evans Has Been Linked To