Noh Sang Hyun will shake things up with his upcoming grand entrance in “Curtain Call”!

KBS 2TV’s “Curtain Call” is about an elderly hotelier from North Korea who doesn’t have much time left to live and a theatre actor who acts as her grandson in order to fulfill her final wish. Kang Ha Neul stars as Yoo Jae Heon, the unknown theatre actor who undertakes a life-changing endeavor, while Ha Ji Won stars as heiress Park Se Yeon, who manages the Nakwon Hotel owned by her grandmother Ja Geum Soon (played by Go Doo Shim).

In the latest episodes of “Curtain Call,” Yoo Jae Heon was busy adapting to his pretend life as Ja Geum Soon’s grandson Ri Moon Sung. However, he will soon be hit with the unexpected entrance of the real Ri Moon Sung, played by Noh Sang Hyun.

The real Ri Moon Sung was born and raised in North Korea before moving to Jilin, a Northeastern Chinese province. He is someone who bulldozes through anything and uses any means possible to get what he wants. Although his whereabouts are discovered by Ja Geum Soon’s right-hand man Jung Sang Chul (Sung Dong Il), his poor reputation and horrible deeds convince Jung Sang Chul not to bring Ri Moon Sung to Korea and instead hire Yoo Jae Heon.

While living in China, the cold-blooded Ri Moon Sung busily ponders different ways to create a fake passport, travel to South Korea, and meet with his grandmother. At a young age, Ri Moon Sung lost his father Ri Young Hoon (Kim Young Min), who died while missing his mother Ja Geum Soon. His father’s passing strips Ri Moon Sung of all warmth and humanity and he is determined to tell his grandmother the truth behind Ri Young Hoon’s death.

The grand entrance of the real Ri Moon Sung will flip the drama’s plot 180 degrees and add a thick layer of tension. The new stills of Ri Moon Sung capture his strong visuals and charismatic gaze. His muscular body makes it clear how much intense physical labor he endures daily. Even in Ri Moon Sung’s dry expression, there’s still a hint of his sensitivity and nimble mind. 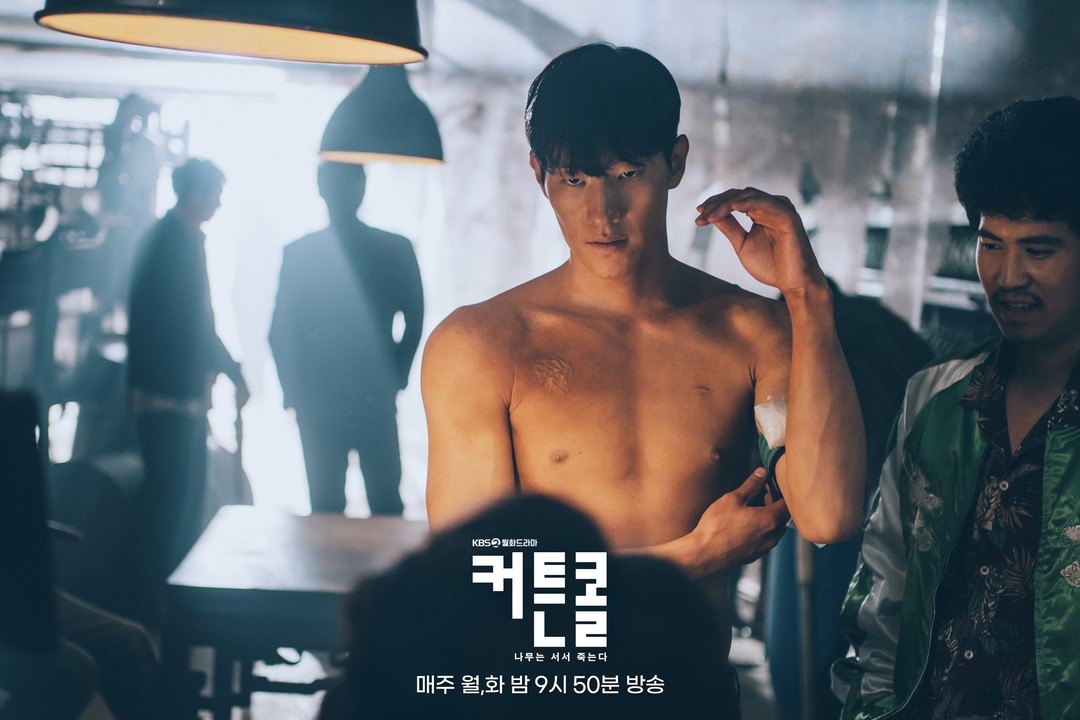 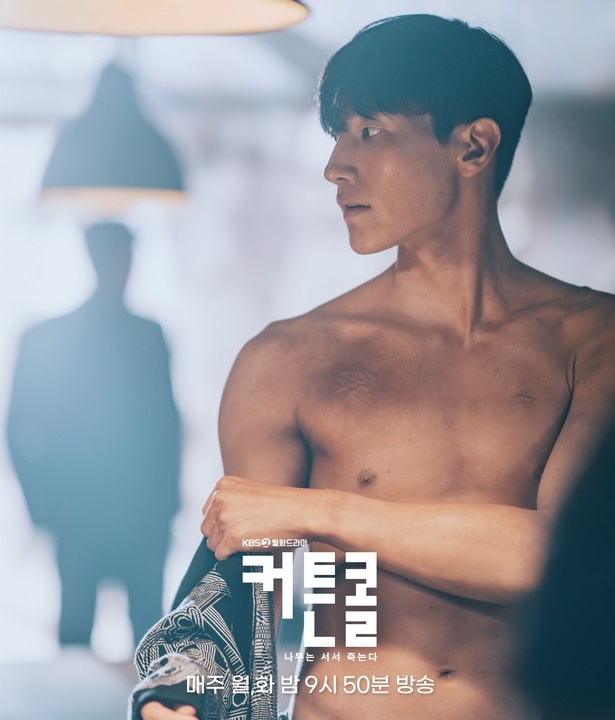 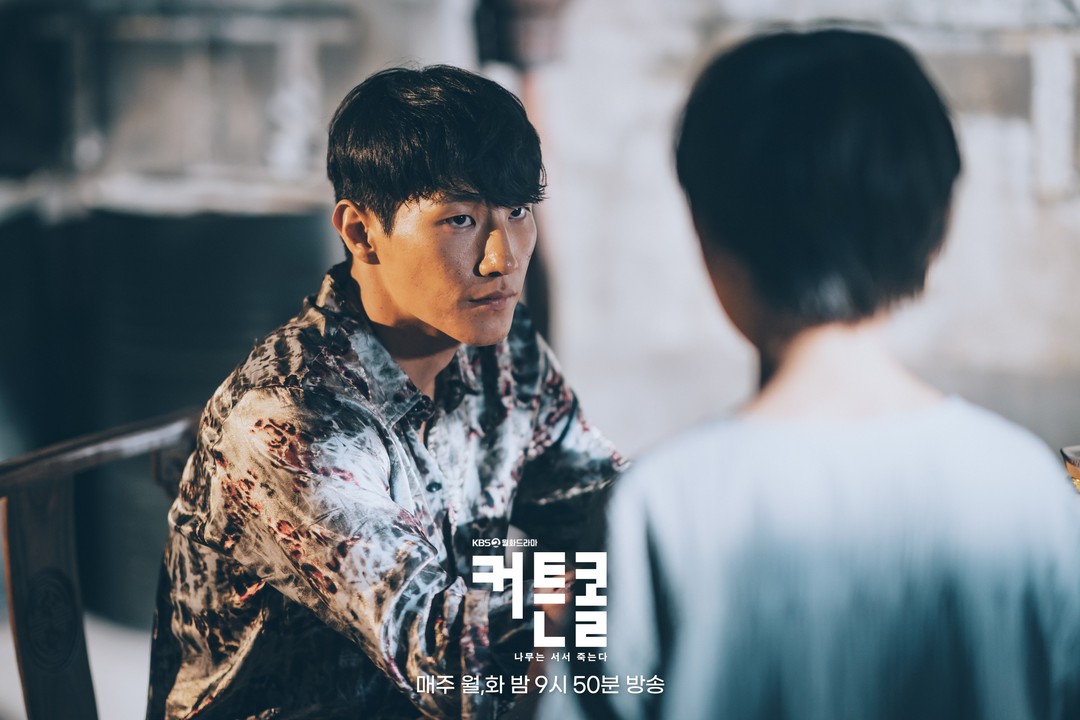 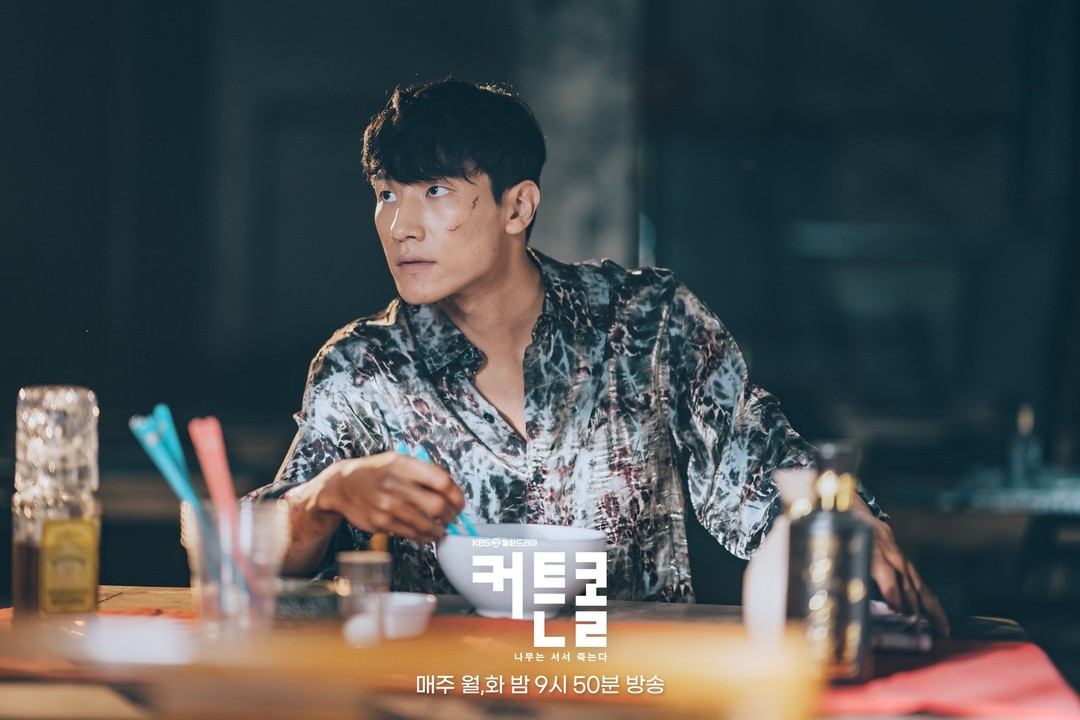 The “Curtain Call” production team shared, “Actor Noh Sang Hyun is perfectly portraying a character hiding secrets, so it’ll be good if you look forward to his appearance in the next part. If you watch over how the real grandson Ri Moon Sung appears in front of the fake grandson Yoo Jae Heon and how he applies pressure after, you will be able to feel excitement.”

Catch up with the drama here:

QUIZ: Which Of Park Eun Bin’s K-Drama Characters Is Your Soulmate?

QUIZ: Which Of Park Eun Bin’s K-Drama Characters Is Your Soulmate?