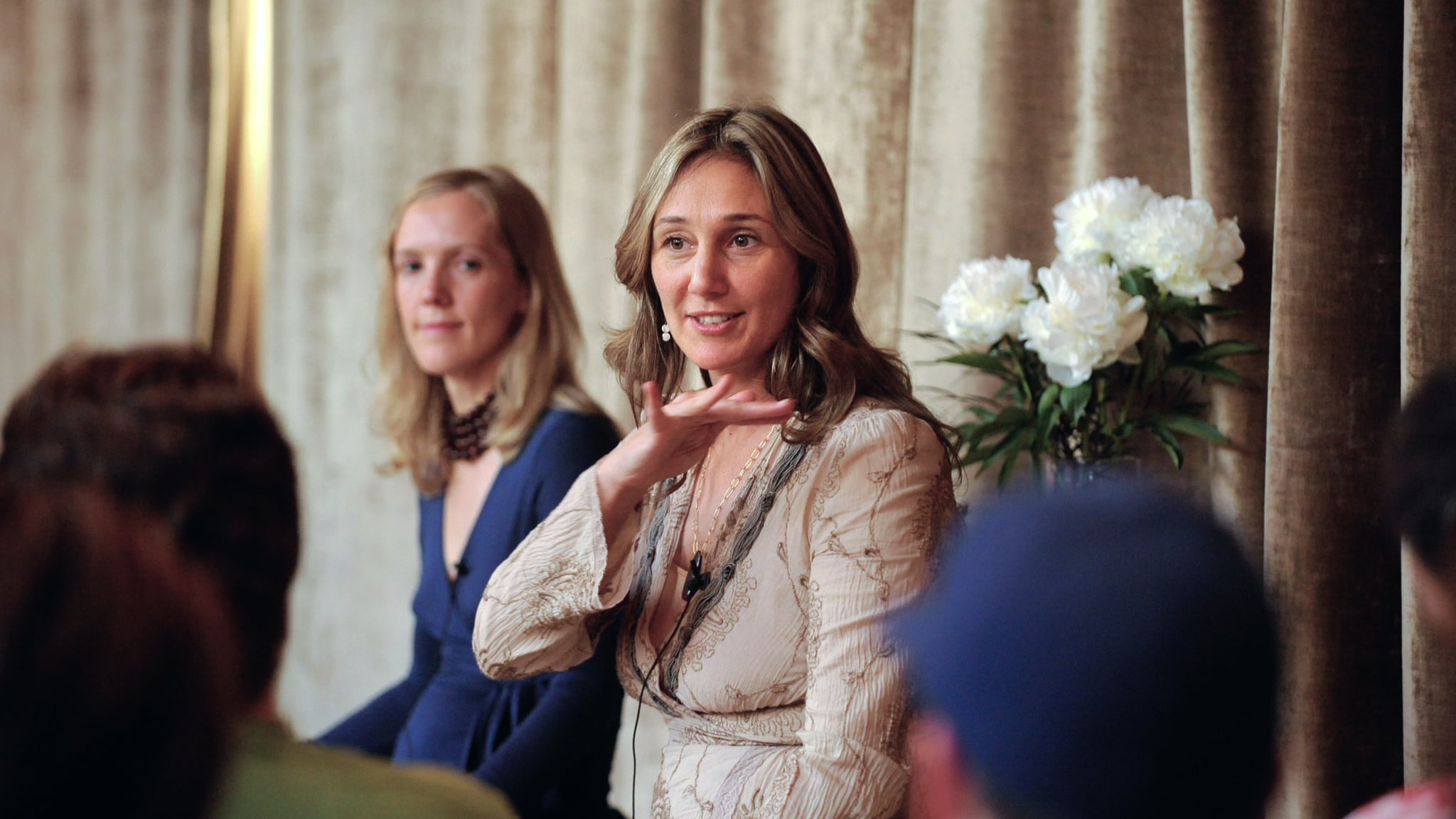 Netflix’s library of true crime and “true scandal” documentaries just got a new addition. “Orgasm Inc: The Story of OneTaste” features some familiar beats: an “edgy” wellness brand promising great results but requiring intense intimacy, whispers of inappropriate pressure and abusive behavior, and lawsuits aplenty. Let’s break down some of the key facts we know about OneTaste, its controversies, and what’s happened since.

Founded in 2005 by Nicole Daedone, OneTaste billed itself as a “sexual wellness” company focused on a trademarked practice called “orgasmic meditation.” At one time, the company was promoted by major celebs like Gwyneth Paltrow.

What Is Orgasmic Meditation?

“Orgasmic meditation” (OM-ing for short) was touted as a way to “connect to yourself, connect to your partner, and to feel more in your body,” in OneTaste promotional videos featured in “Orgasm Inc.” According to a 2009 New York Times report, the practice involved men and women pairing up as “research partners.” The “partners” were not to make eye contact, and may or may not have been romantic partners.

Women who were naked from the waste down would lay down with their legs splayed, and men, fully clothed, would stroke the women’s genitals in front of other participants for 15 minutes. According to “Orgasm Inc.,” more experienced “strokers” were encouraged to describe the “strokee”‘s genitals. While Daedone taught about OM-ing using the pronouns “he” and “she,” the practice could be done between any combination of genders.

As OneTaste’s classes grew in popularity, they also soon attracted controversy. In 2018, Bloomberg published an expose on the company, filled with unsettling revelations. Among the allegations in the article: a predatory sales and recruitment model, inappropriate pushing of boundaries, ordering employees to participate in sexual activity with customers and/or each other, and other forms of manipulation. Bloomberg also reported on a previously-undisclosed settlement the company made in 2015, paying a former employee a six-figure out-of-court settlement after the employee alleged sexual harassment, assault, and other labor violations while on the job. Another case alleging sexual abuse and fraud, perpetrated by the company on someone who claimed they promised her employment, was dismissed by a judge in 2019.

In November 2018, Bloomberg reported again on OneTaste, claiming it was the subject of an FBI investigation, particularly around questions of whether or not the company pressured employees into sexual acts in order to close sales. The FBI declined to confirm or deny the existence of such an investigation. OneTaste stated that they had not been contacted by the FBI and denied the allegations.

Why Did OneTaste Participants Sue Netflix?

More lawsuits have followed in OneTaste circles, though this time, the company is not the target of the legal actions. A group of people formerly affiliated with OneTaste sued Netflix, claiming that video footage in the documentary shows them in real OneTaste workshops and was sold without their consent. They alleged that Chris Kosley, formerly a videographer for OneTaste, sold footage of retreats and workshops to Netflix, including intimate and explicit footage that had been intended for internal use only.

In an interview with Netflix’s fan site Tudum, filmmaker Sarah Gibson insisted that no one’s rights were violated in making the film. “The footage featured in our film was all legally obtained by us, and much was already public and had been distributed by OneTaste themselves, or on Youtube, or in past news reports. No one’s rights have been violated by the footage we used. When there was more sensitive footage included, we used it sparingly and took immense care and responsibility to edit and crop as to not exploit or sensationalize it,” she said. Just days before the movie’s release on Netflix, a Los Angeles judge denied the group’s request to block or alter the footage, determining that they had not shown any evidence that the film included explicit material of them, nor that they showed that the film’s release could “irreparably harm” them.

Is OneTaste Still in Business?

According to the documentary, OneTaste still exists and has rebranded to the “Institute of OM” (“OM” being the abbreviation they use for their “orgasmic meditation” practice). Its current website highlights online and app-based offerings, rather than the in-person classes and retreats that were the subject of scrutiny in the documentary.

Who Is Valentina Allegra de Fontaine?

Why Is Blake Shelton Leaving The Voice?

Who Is Valentina Allegra de Fontaine?

Why Is Blake Shelton Leaving The Voice?