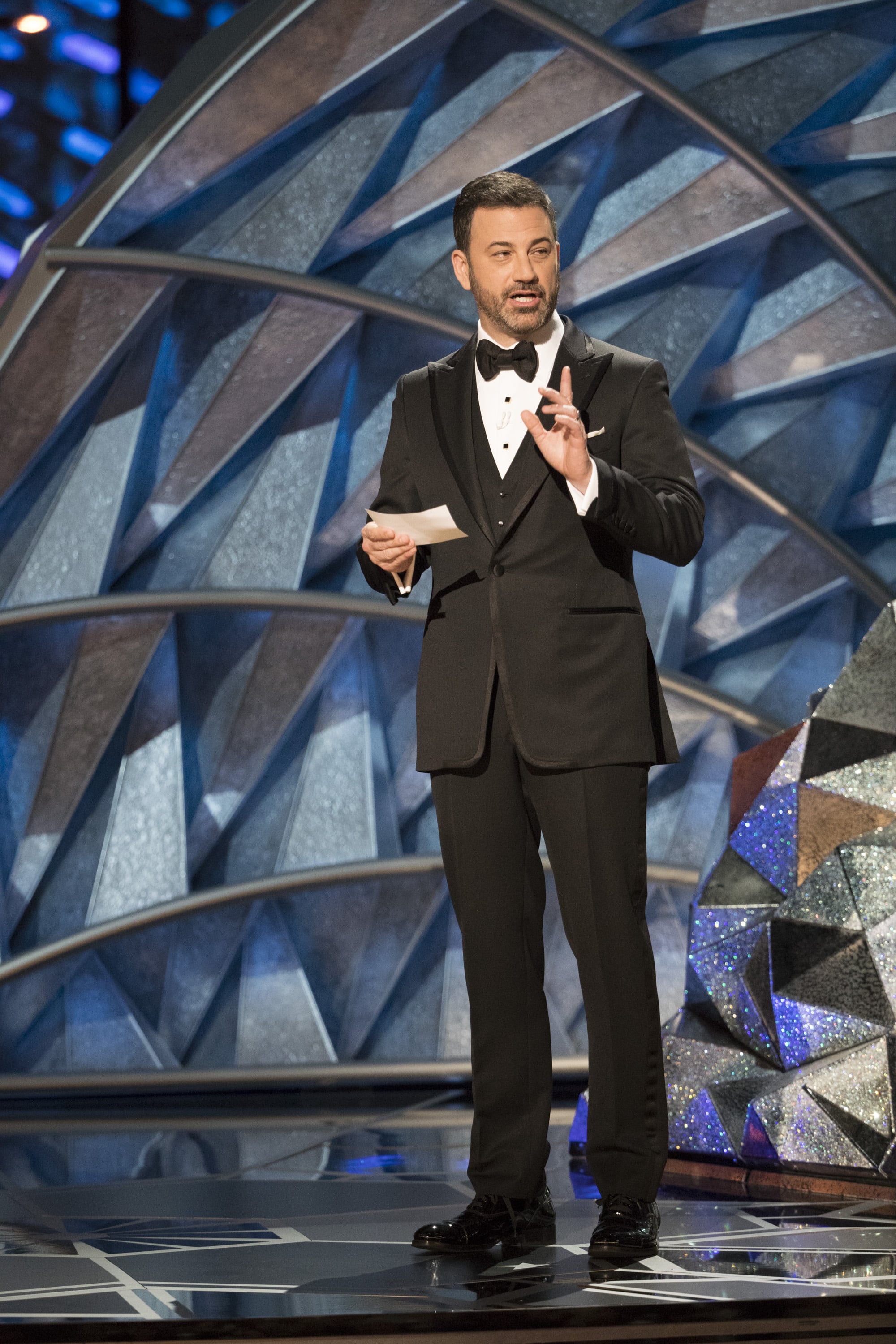 Jimmy Kimmel is set to host the Oscars for a third time. The Academy confirmed the news in a tweet on Nov. 7, writing, “Introducing your 95th Academy Awards host, Jimmy Kimmel. Welcome back!” Kimmel, who also hosts “Jimmy Kimmel Live!” on ABC, previously hosted the cinema award show in 2017 (the year “La La Land” was erroneously announced as the best picture winner before it was corrected to “Moonlight”) and 2018. In 2019, the show moved to a hostless format, where multiple celebrities took on traditional hosting duties, like introducing presenters and nominees, throughout the night. The last hostless ceremony happened in 2021, which was also a much smaller affair thanks to the COVID-19 pandemic. In 2022, the Oscars were hosted by Amy Schumer, Wanda Sykes, and Regina King together.

“Being invited to host the Oscars for a third time is either a great honor or a trap. Either way, I am grateful to the Academy for asking me so quickly after everyone good said no,” Kimmel said in a statement.

The 2023 Oscar nominees won’t be released until Jan. 24, but award-season campaigning is definitely in full swing. It’s not clear yet just who will actually get an Academy Award nomination and who will have to settle for Oscar buzz, but don’t be surprised if movies like “The Banshees of Inisherin,” “The Fabelmans,” and “Tár” make the cut. There’s also considerable buzz around crowd pleasers like “Everything Everywhere All at Once,” “Top Gun: Maverick,” “Elvis,” and “The Woman King.” Actors like Austin Butler, Brendan Fraser, Angela Bassett, Michelle Yeoh, Jamie Lee Curtis, and Viola Davis are expected to be among the nominees for their performances in films this year.

Is Michael B. Jordan in Black Panther: Wakanda Forever?

Is Michael B. Jordan in Black Panther: Wakanda Forever?