Park Ju Hyun, Choi Duk Moon, and Jung Bo Min will team up against an era of forbidden marriages in MBC’s upcoming drama!

Based on the web novel of the same name, “The Forbidden Marriage” will star Kim Young Dae as King Yi Heon, who falls deep into despair after the death of his wife and ends up prohibiting marriage in his kingdom. Seven years after the loss of his wife (played by IZ*ONE‘s Kim Min Ju), who was then the crown princess, he comes across a con artist named So Rang (Park Ju Hyun) who claims that she can be possessed by the late princess’ spirit.

“The Forbidden Marriage” has newly released stills of Park Ju Hyun as So Rang, along with Choi Duk Moon as Gwaeng Yi and Jung Bo Min as Hae Young. After seven years of travelling across the country together to help others get married, So Rang and Gwaeng Yi have finally settled down and set up “Aedaldang.” Similar to a tarot reading cafe in Joseon, Aedaldang is a tea house where young men and women go for advice on love. Here, So Rang and Gwaeng Yi are joined by Hae Young and the trio work excitedly as they aim to spark love in others.

As the hostess of Aedaldang, So Rang smiles brightly as she greets customers. So Rang impressively runs Aedaldang relying solely on her quick wit and way with words, sparking curiosity as to what lengths she’ll go to secretly help people find love in a generation where marriage is forbidden. 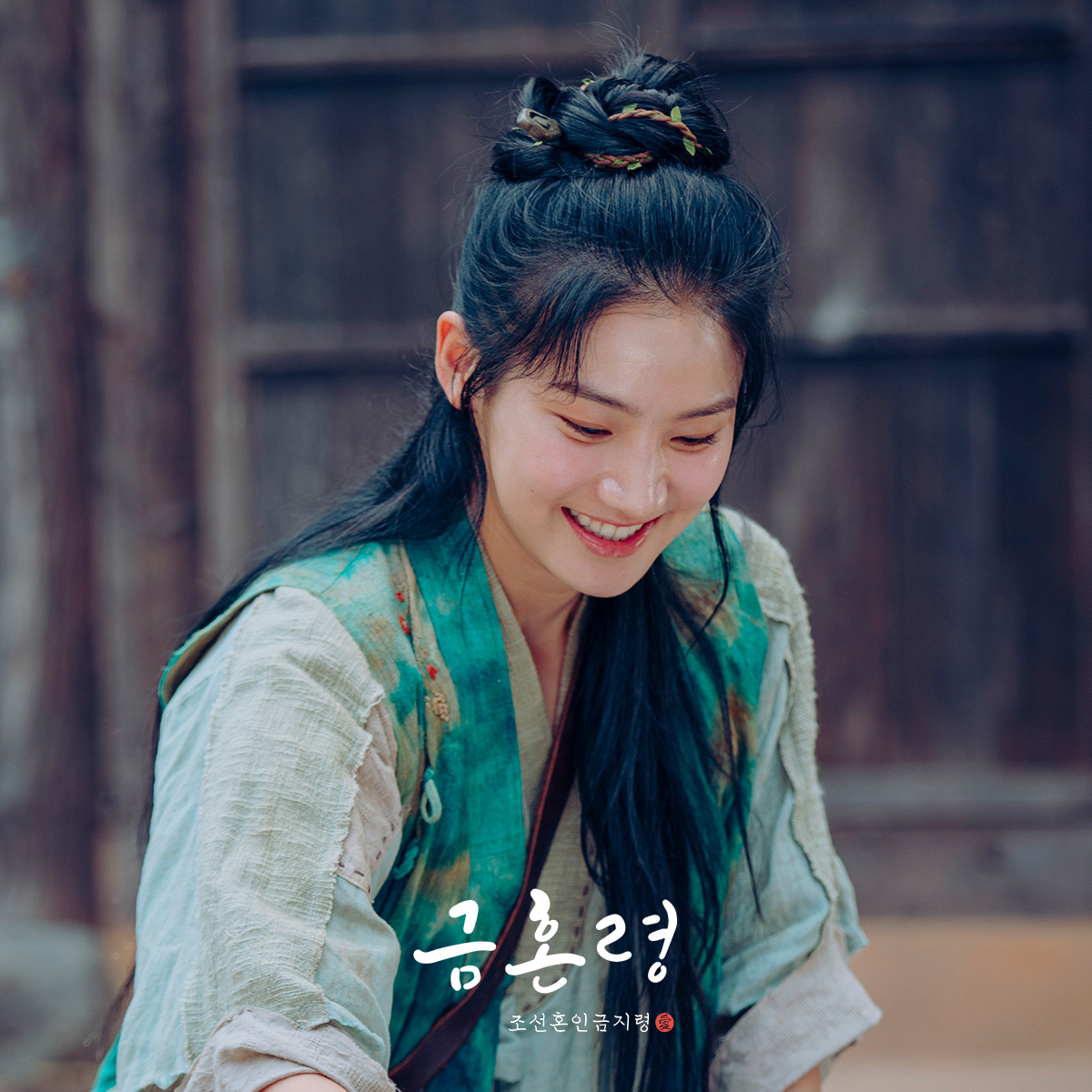 Choi Duk Moon portrays So Rang’s partner Gwaeng Yi, who may appear slightly naive and sloppy, but always surprises by working with such high spirits. As no one ever knows when Gwaeng Yi will say something magical next, his wild novelty is sure to have a heavy impact on Aedaldang. In his photo with So Rang, the two are fixated on something in the distance, raising questions about what it is that has caught their attention. 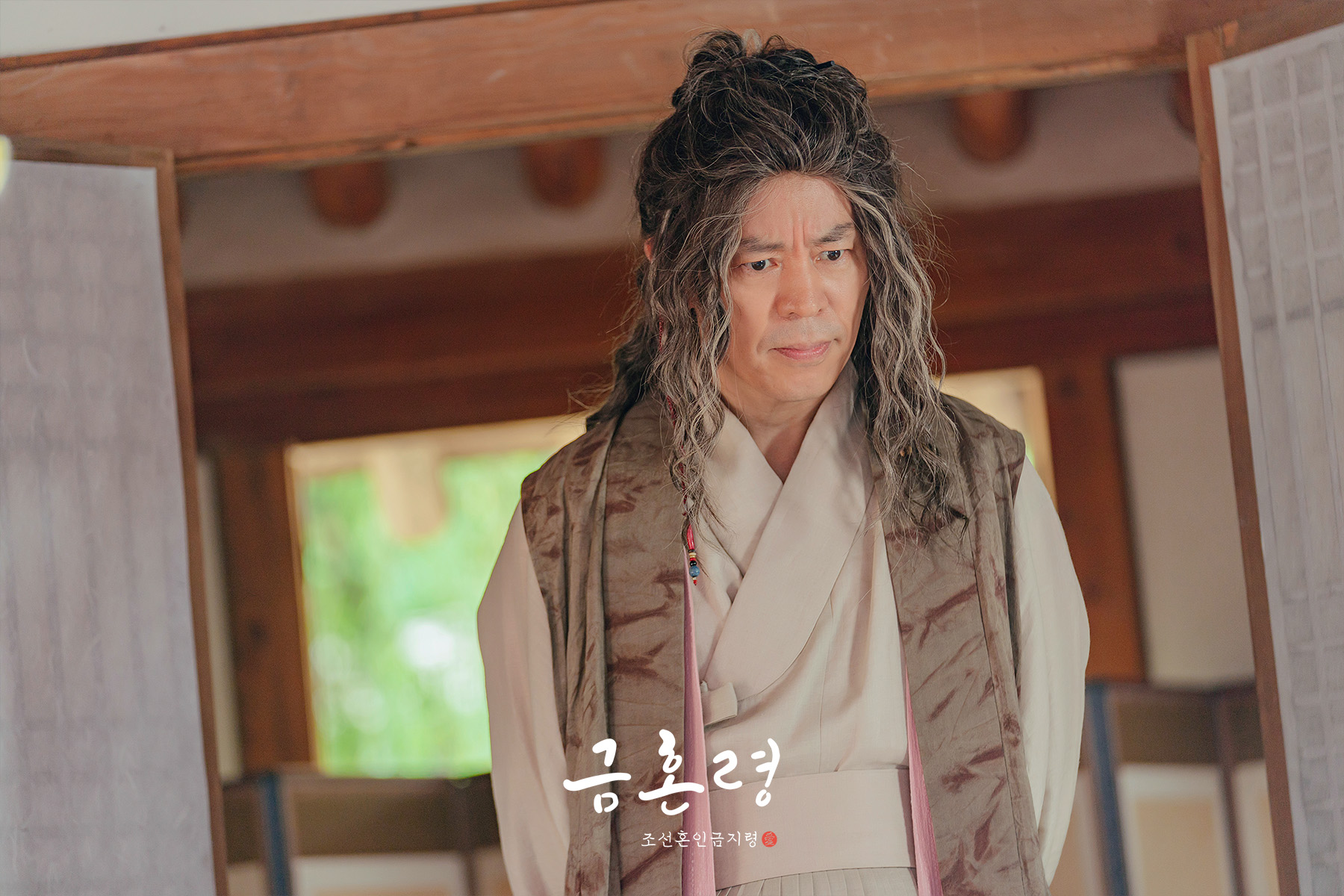 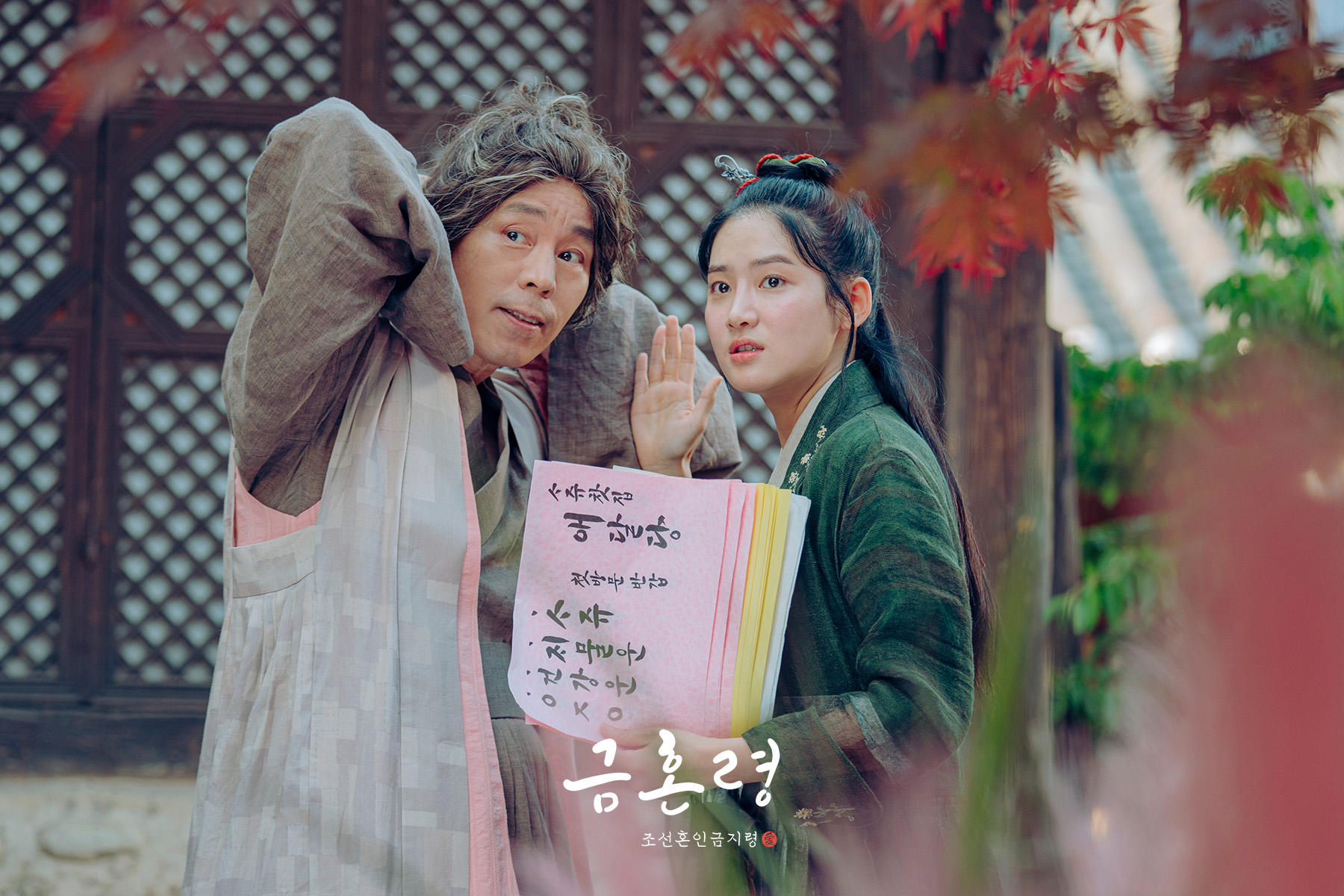 Aedaldang’s adorably bright and charming employee Hae Young will be played by Jung Bo Min. As someone who has never been in a relationship before, Hae Young is an avid fan of romance novels and is never caught without one in her hands. With these novels gradually creating higher and higher standards of men for Hae Young, stay tuned to see what kind of impact she’ll have on Aedaldang and whether she’ll be able to find true love. 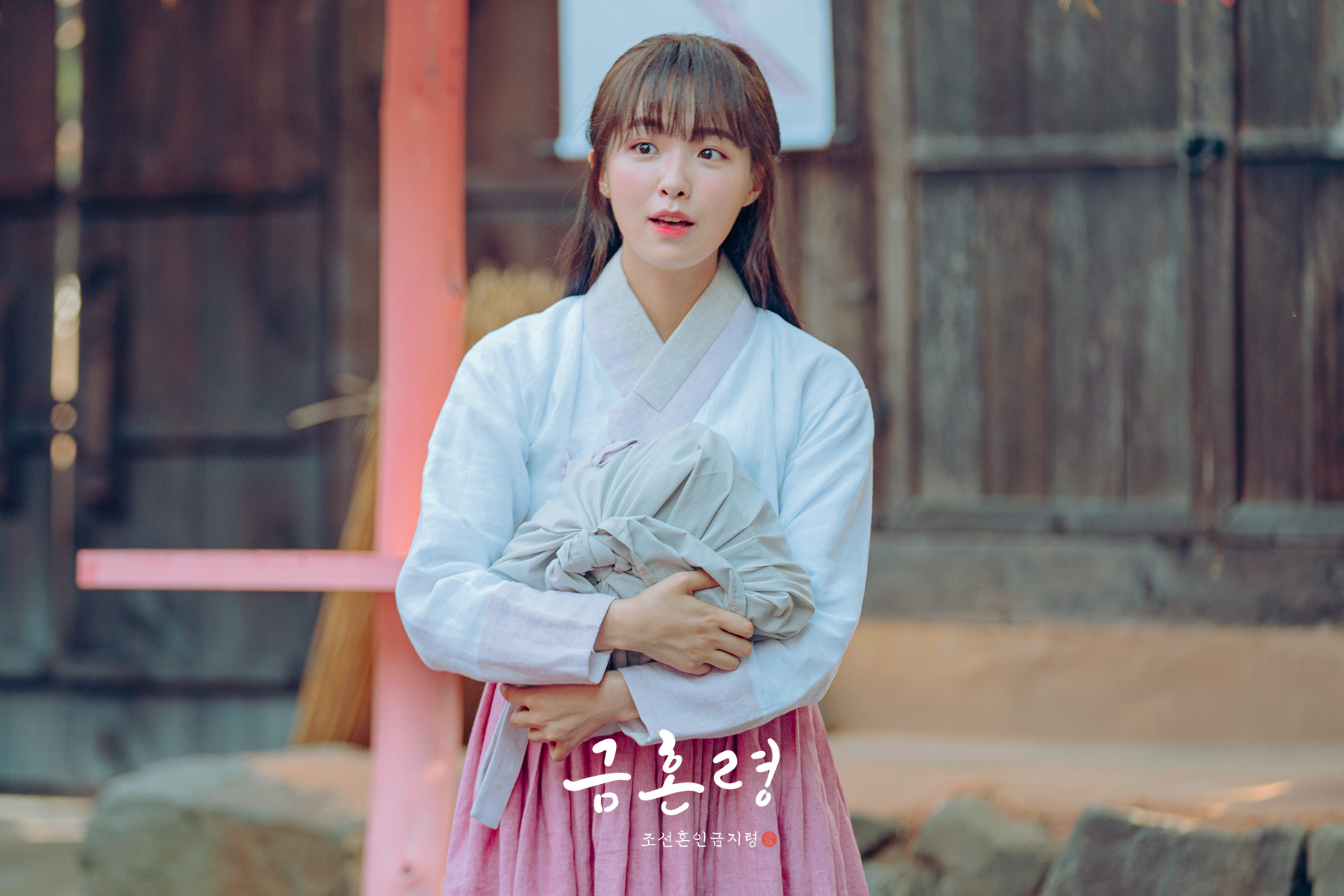 The drama’s producers commented, “In ‘The Forbidden Marriage,’ the bold ideas of So Rang will be drawn out interestingly as she creates ‘Aedaldang’ to give love counselling to young men and women, rather than back down in an era of forbidden marriages. Please look forward to the chemistry and activity of actors Park Ju Hyun, Choi Duk Moon, and Jung Bo Min who will act as the characters So Rang, Gwaeng Yi, and Hae Young.”

MBC’s “The Forbidden Marriage” premieres on December 9 at 9:50 p.m. KST. Check out a teaser here!

While waiting for the premiere, watch Park Ju Hyun in “Mouse” with subtitles below: